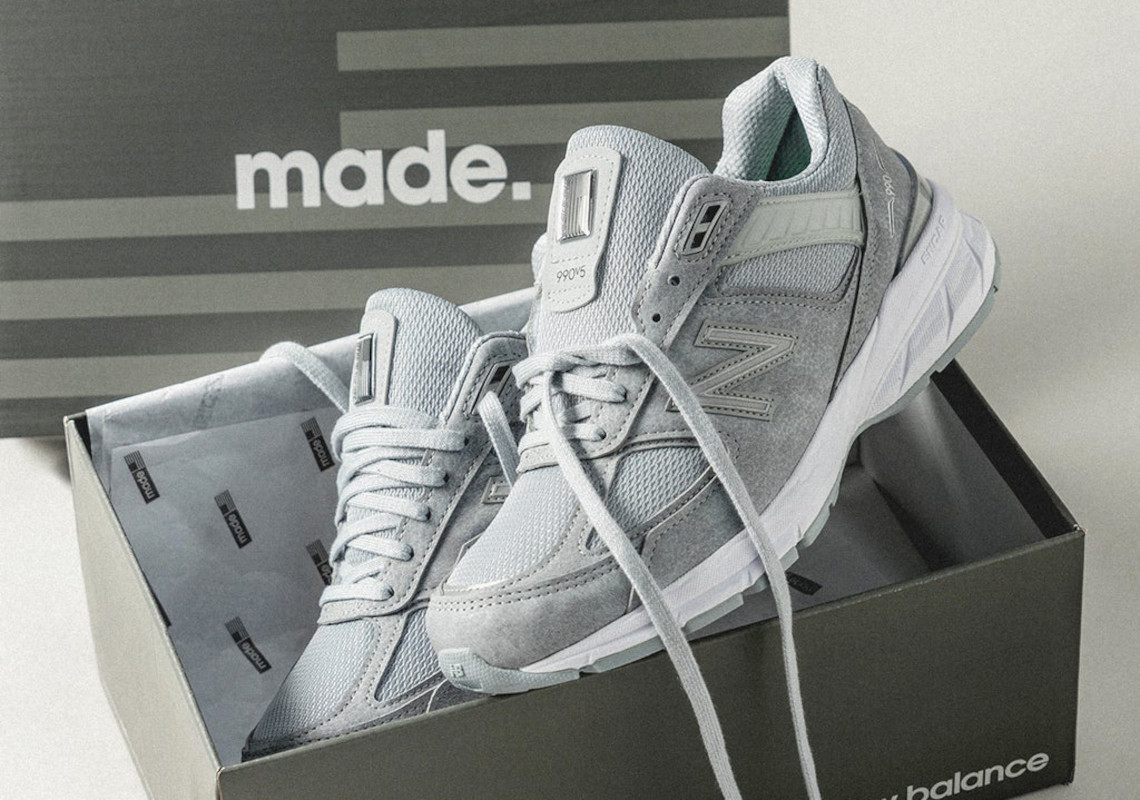 As the world eagerly awaits for the official arrival of the New Balance 990v6, the Boston-based brand continues to revisit older propositions under the famous 990 series, giving them an eco-conscious makeover. Soon enough, the New Balance 990v5 will arrive in a fully-vegan build that demonstrates the company’s commitment to sustainability.

Akin to some of New Balance‘s most iconic offerings, the newly-surfaced sneakers indulge in a predominantly grey color palette. Breathable mesh bases reprise their usual role, while overlays across the model’s entire body seemingly opts for its standard suede makeup; plastic hardware throughout the mid-foot and heel also kept their traditional construction, playing supporting roles to the aforementioned details given their partly-translucent finish. The reliability and performance of the cushioning and tread combination underfoot isn’t compromised, and left to revel in a tried-and-proven white and grey arrangement. “V” logos on the spine, which denotes the silhouette’s fifth installment, is given a green update to confirm the pair’s vegan-ness.

A stateside NewBalance.com launch may be in the works, but no release has been confirmed. The vegan 990v5, however, arrives to select European shops on January 21st.

For more from the New England-based institution, check out all upcoming New Balance 550 styles.

A limited number of the Vegan Friendly MADE 990v5 sneakers have arrived to NewBalance.com and global retailers. 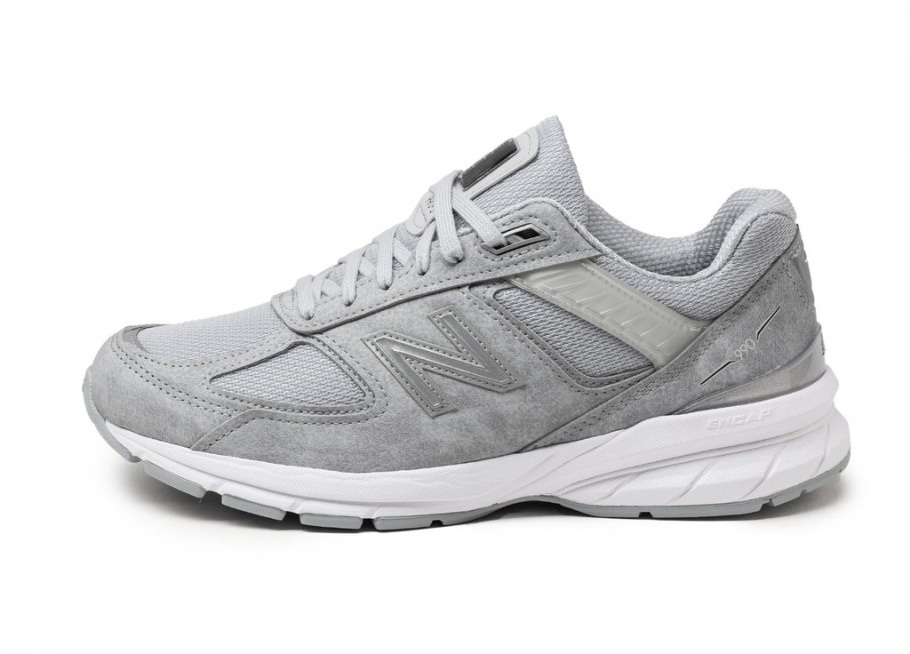 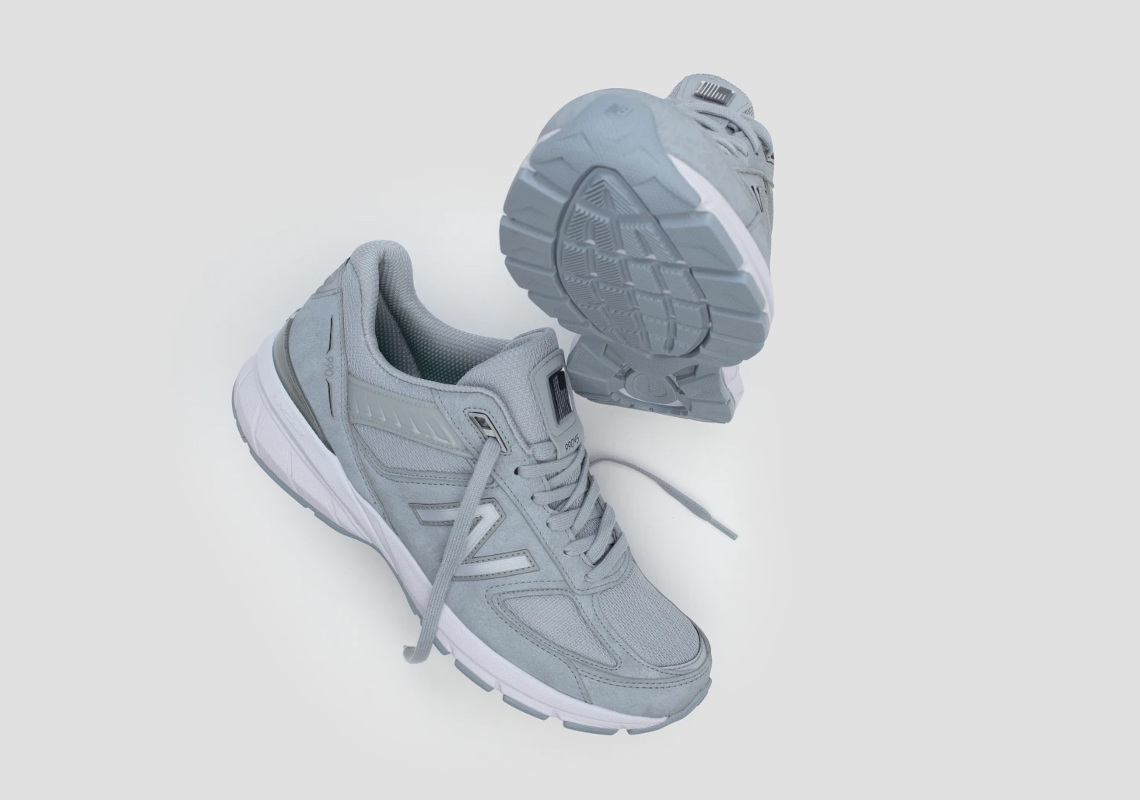 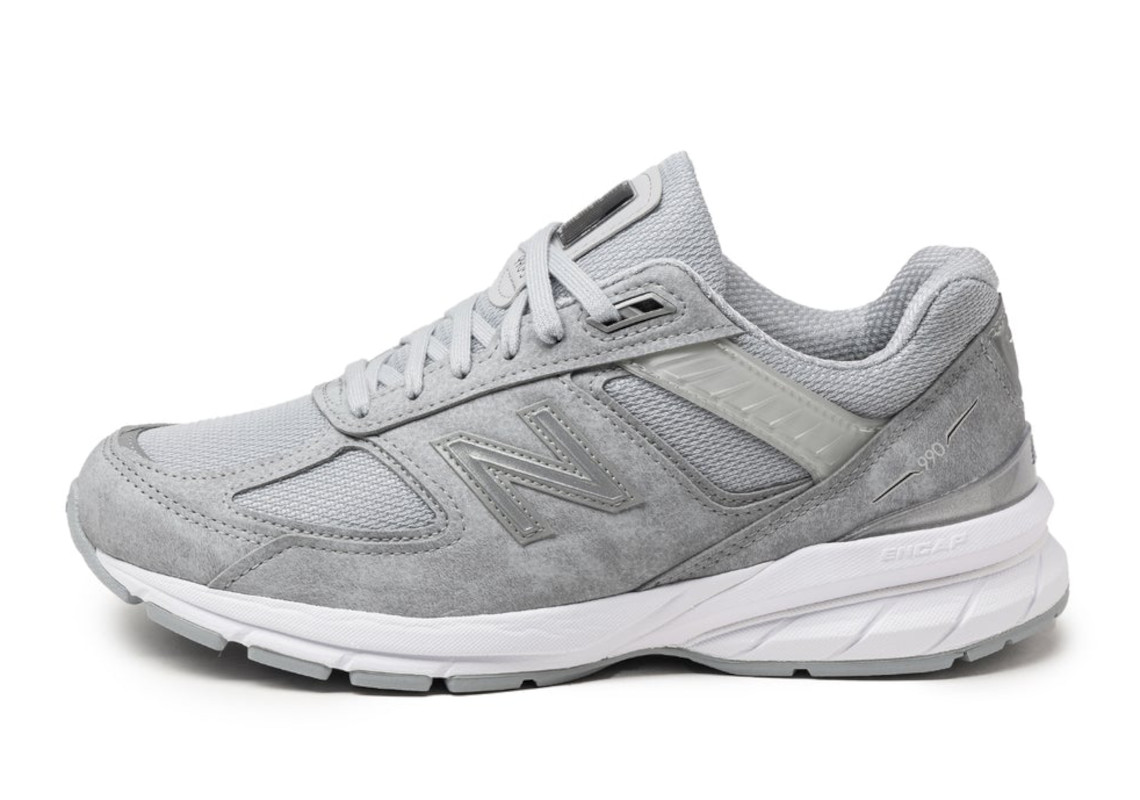 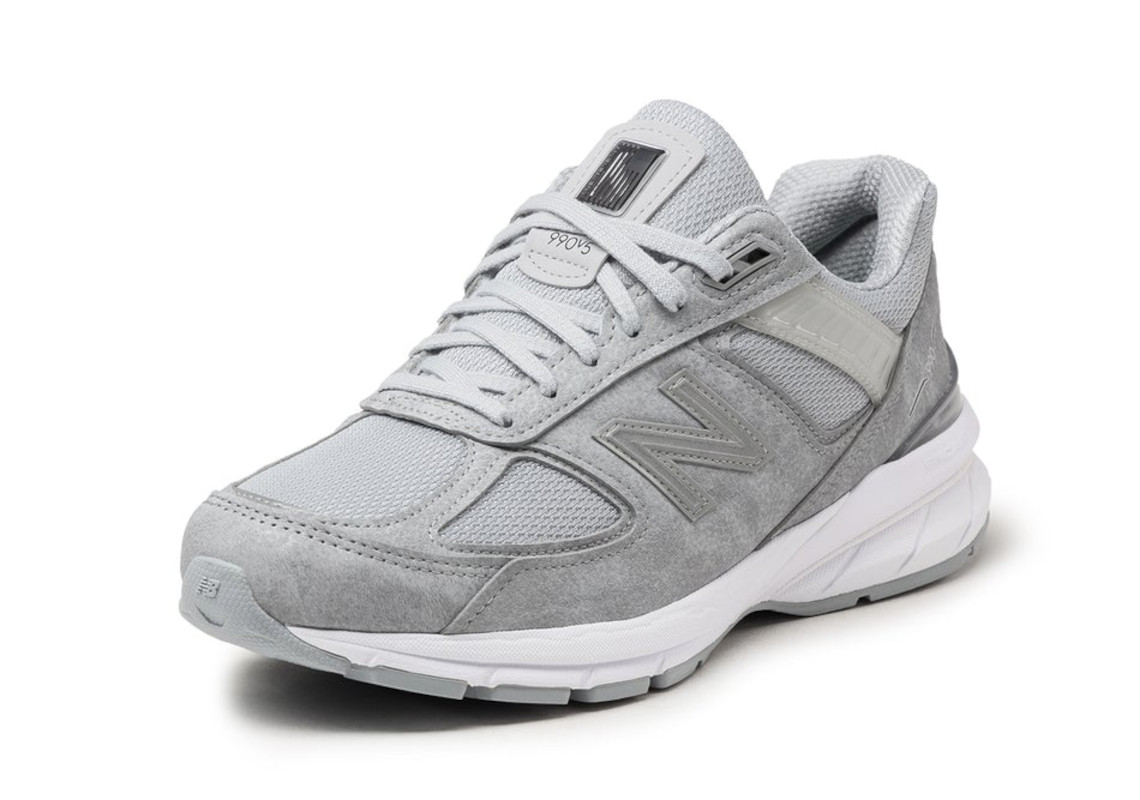 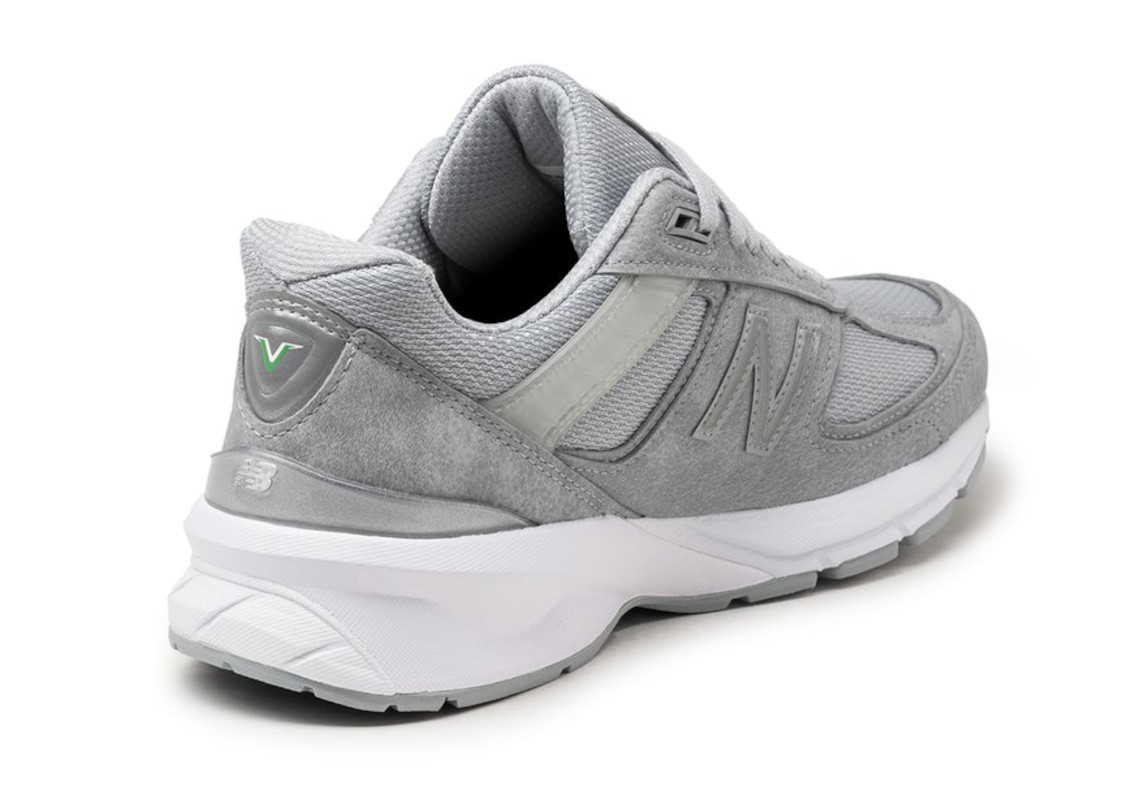 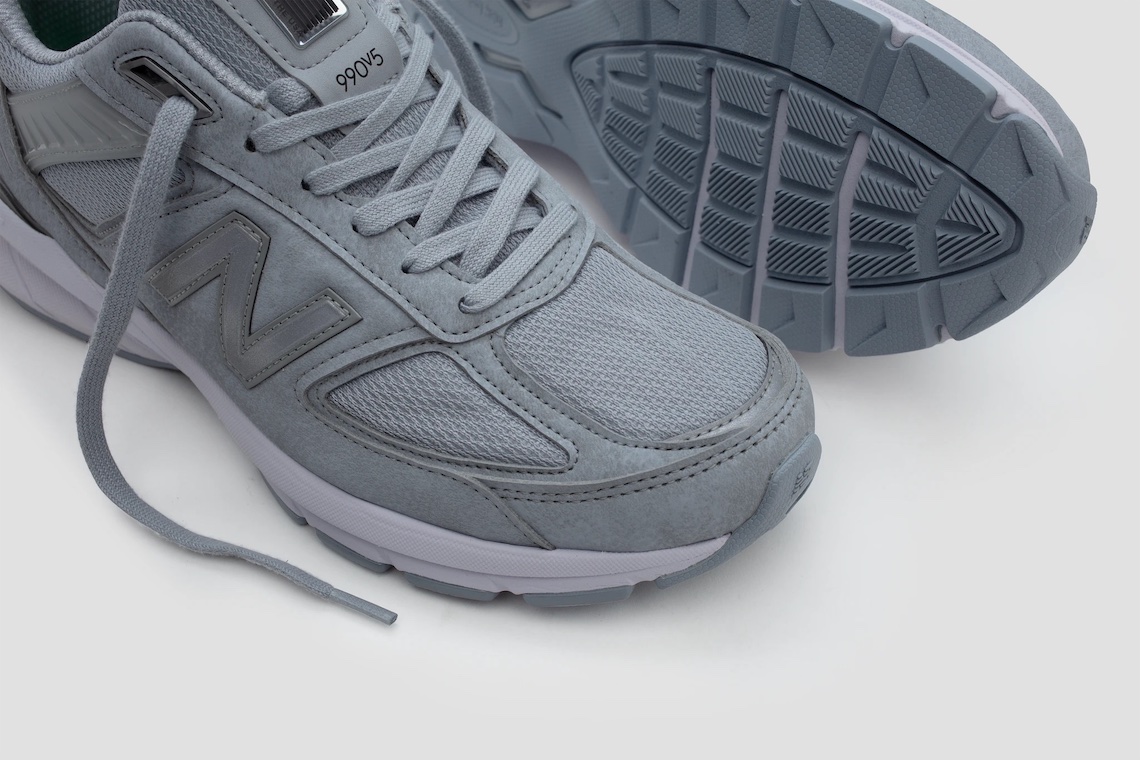 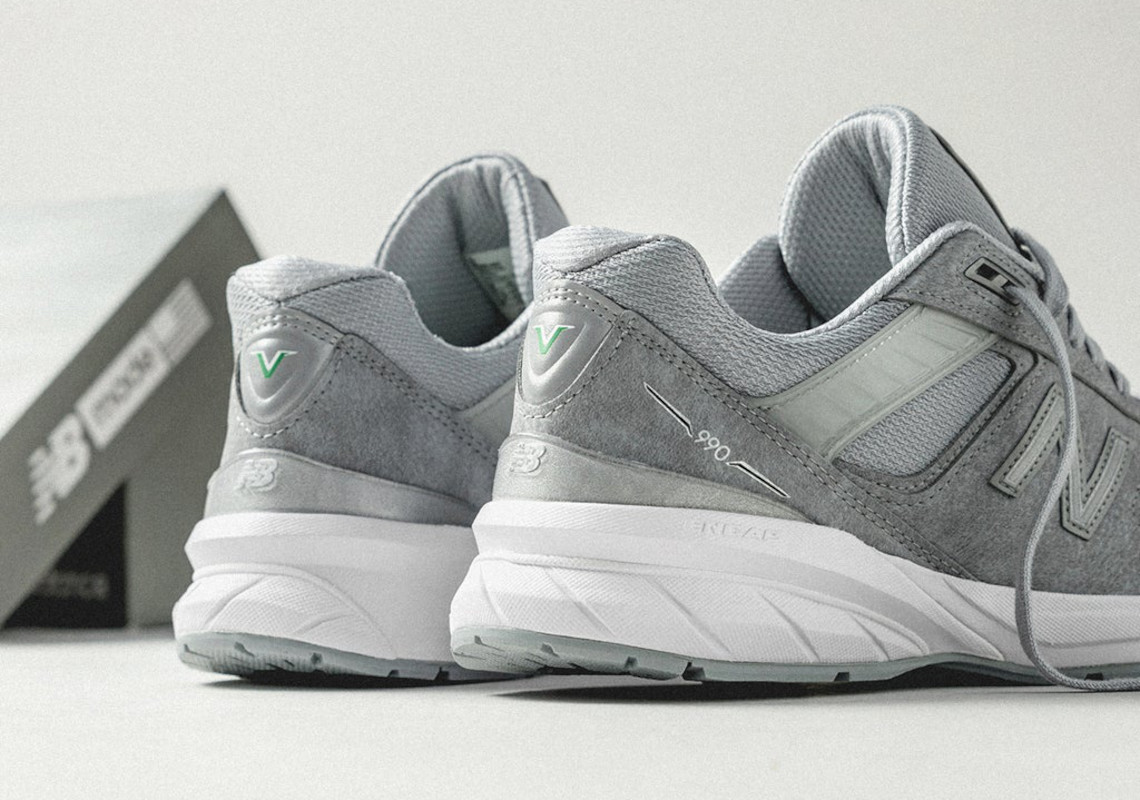