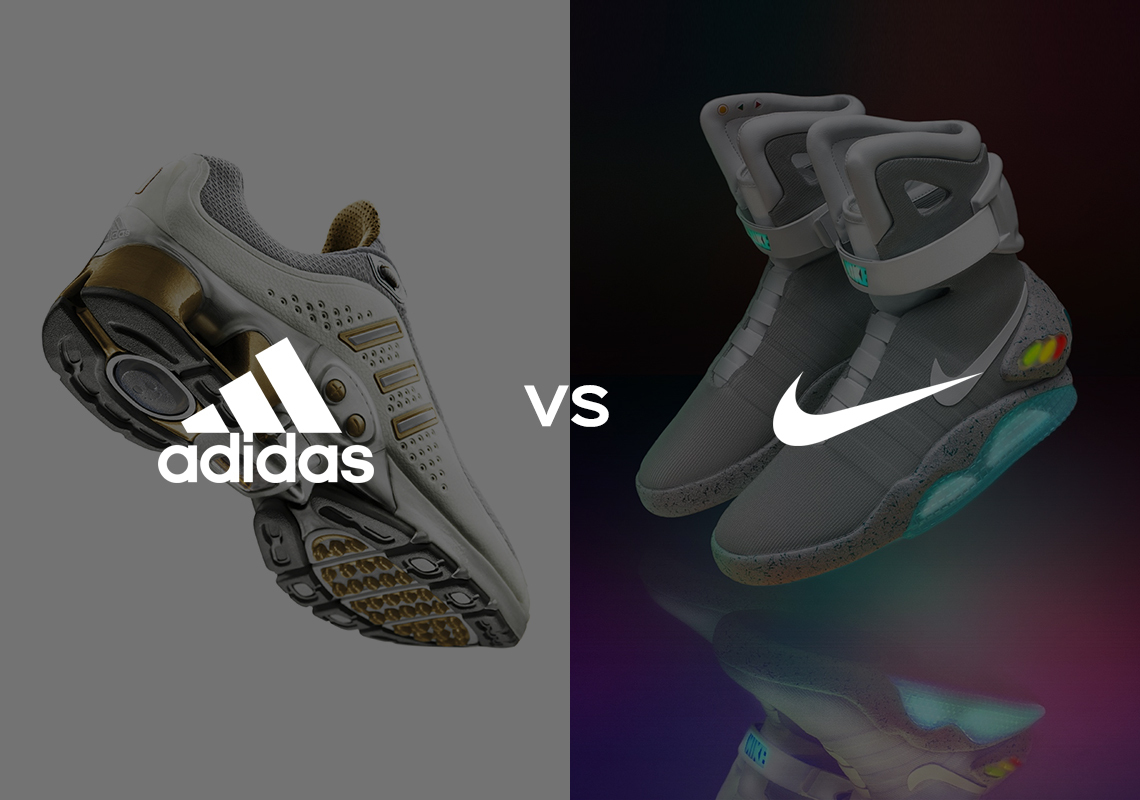 adidas Sues Nike, Claims Infringement On The SNKRS App, Adapt And Other Technologies

In the ongoing saga that is lawsuits in the sneaker space, adidas filed to sue NIKE, Inc. on Friday, June 10th, over claims that the Oregon-based conglomerate infringed on elements related to the Nike SNKRS app, Nike Adapt and other technologies.

According to Footwear News, the complaint was filed in a Texas District Court and alleges that the Swoosh “knowingly and intentionally” infringed on nine patents adidas had previously filed related to its proprietary athletic technology – including the Nike Run Club, Nike Training Club and Nike SNKRS apps. Additionally, the latest lawsuit against the Swoosh posits that auto-lacing-related software that enables products like the Nike Mag and Hyper Adapt infringed on breakthroughs that the German sportswear behemoth had made prior to Nike.

In the complaint, adidas proclaims itself as a historic “leader in mobile technology, including technology related to mobile fitness and mobile purchases”; adidas’ Running and CONFIRMED apps debuted in 2015. Furthermore, the Three Stripes states that it “was the first in the industry to comprehensively bring data analytics to athletes,” an act at the center of the LeBron James Innovation Center, one of the newest buildings on the Nike World Headquarters.

Upon learning of the news, dozens of netizens have taken to social media to express how they wouldn’t be bragging that the Nike SNKRS app was stolen from them given how poorly-viewed it is by the sneaker-collecting community. Others have lumped the lawsuit with Ye’s most recent Instagram rant about the adilette 22 to further drive home their negative opinions about adidas. There’s no telling how the latest lawsuit between adidas and NIKE, Inc. will pan out, but we can only hope the consumer comes out the victor.

In other news, the Air Jordan Retro Spring 2023 collection has recently been teased.