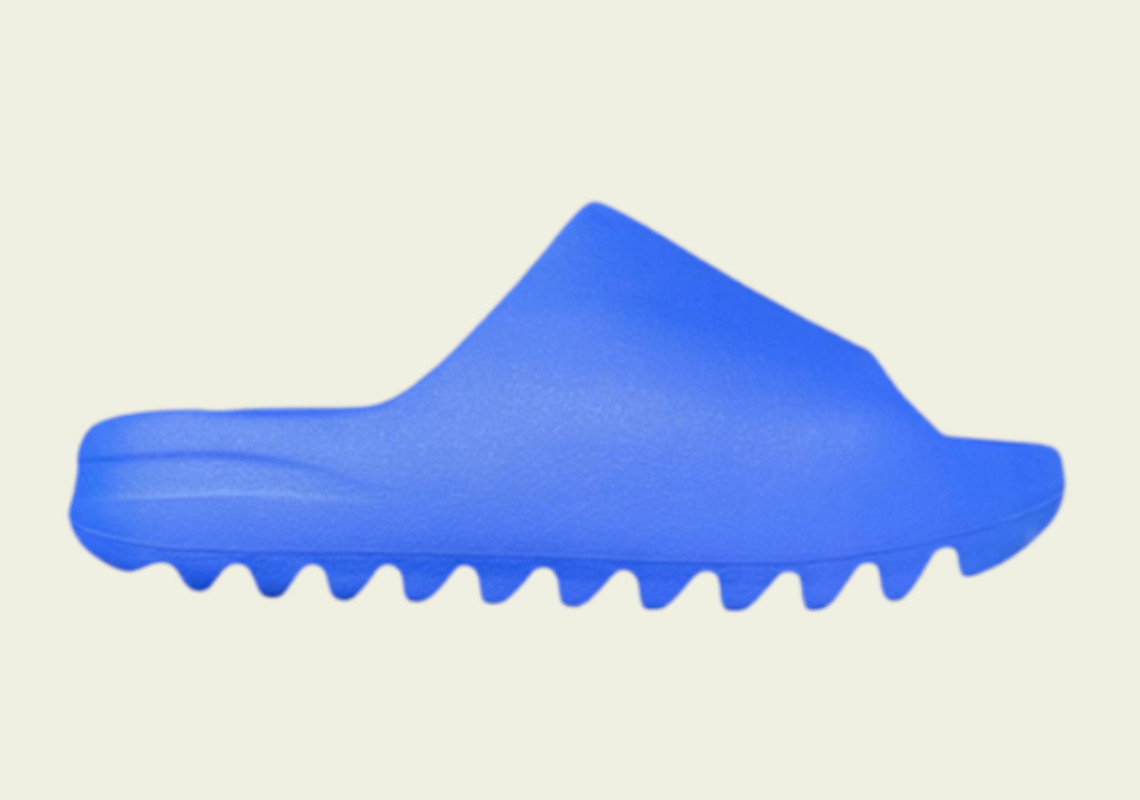 As the future of Ye and adidas‘ relationship continues to raise speculation, the two are releasing more pairs of the ever-popular Yeezy Slides.

While an informal social media poll may have resulted with most participants expressing desire for an all-black colorway of the injected EVA foam shoes, blue Yeezys have also been widely demanded by casual and savvy consumers alike. Back in 2018, the being formerly known as “Kanye West” teased an extremely early look at what would hit retail as the “YZY SLD” in a tonal, eye-catching blue. Recently, reliable Yeezy-obsessed sources have claimed that the slip-on model is set to drop in an all-blue style. Dubbed “Azure,” a shade of blue that’s appeared across other Ye-backed propositions over the last two years, the upcoming Yeezy Slides keep everything in-tact from their debut in December 2019, but further expand the Yeezy empire.

Enjoy an early look at the pair ahead, courtesy of Instagram user @yeezyinfluence, as you wait for official YEEZY SUPPLY and adidas CONFIRMED app release details before 2022 ends.

For more from the Three Stripes, check out the adidas Originals family.

Updated August 22nd, 2022: A first look at the Yeezy Slide “Azure” via @solepriorities 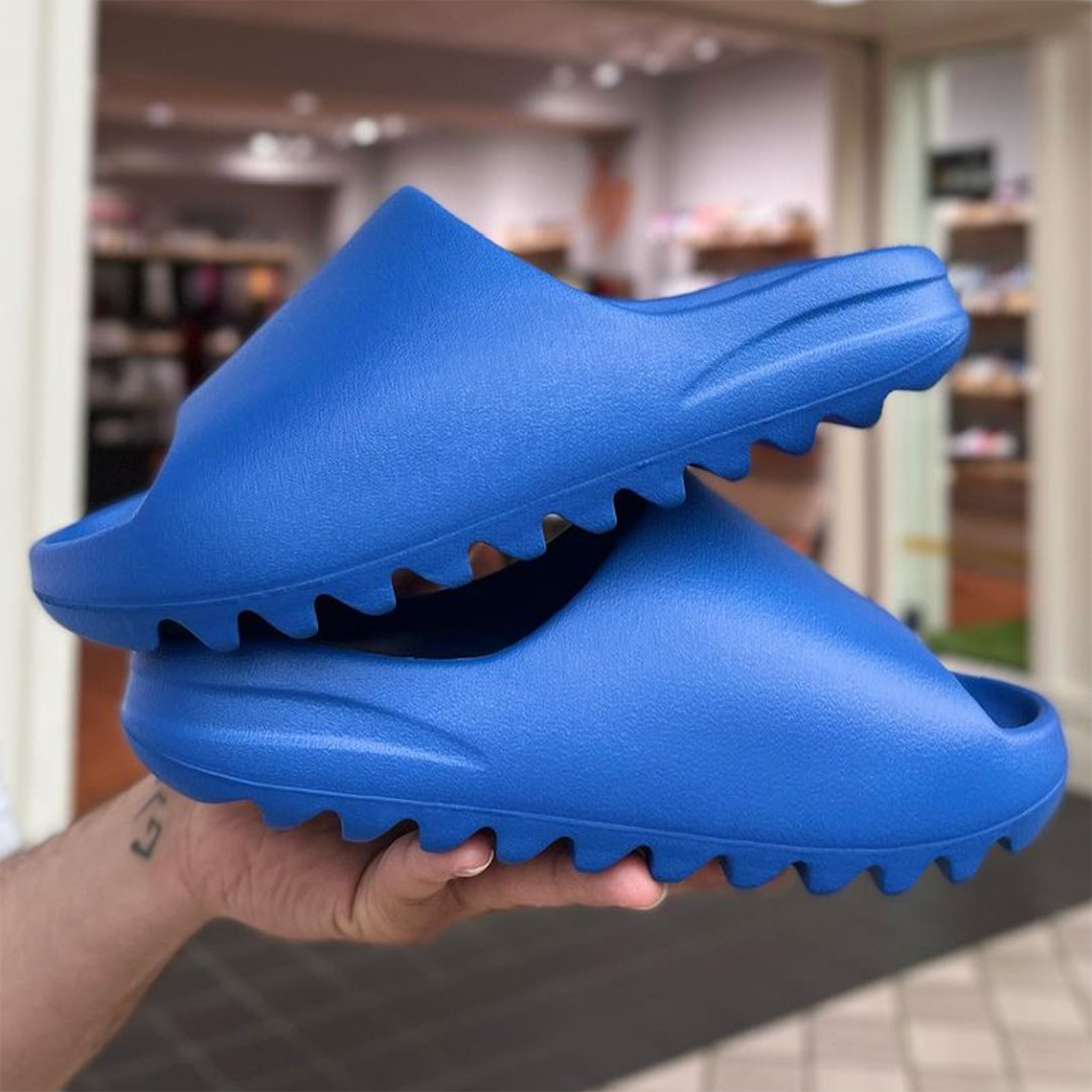 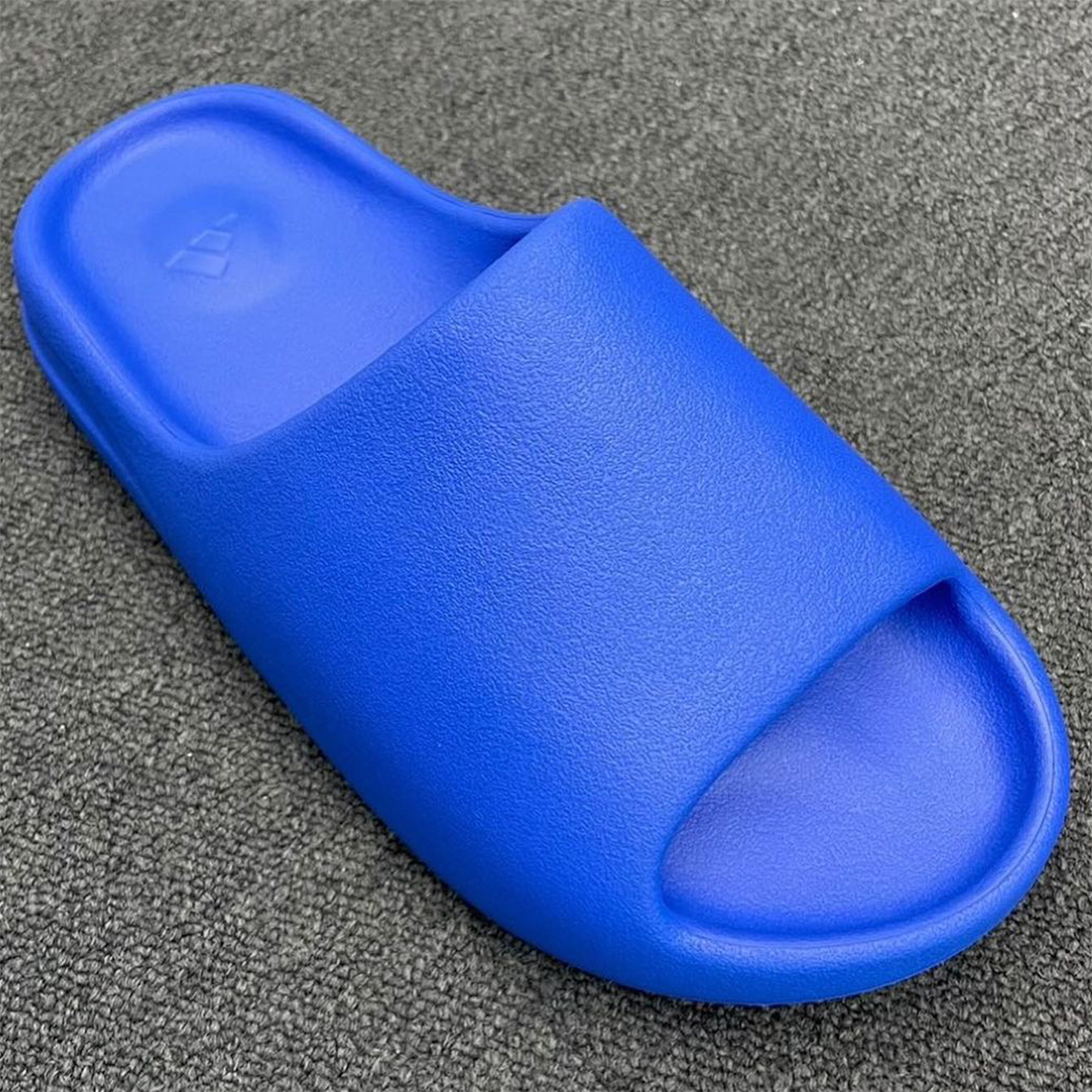 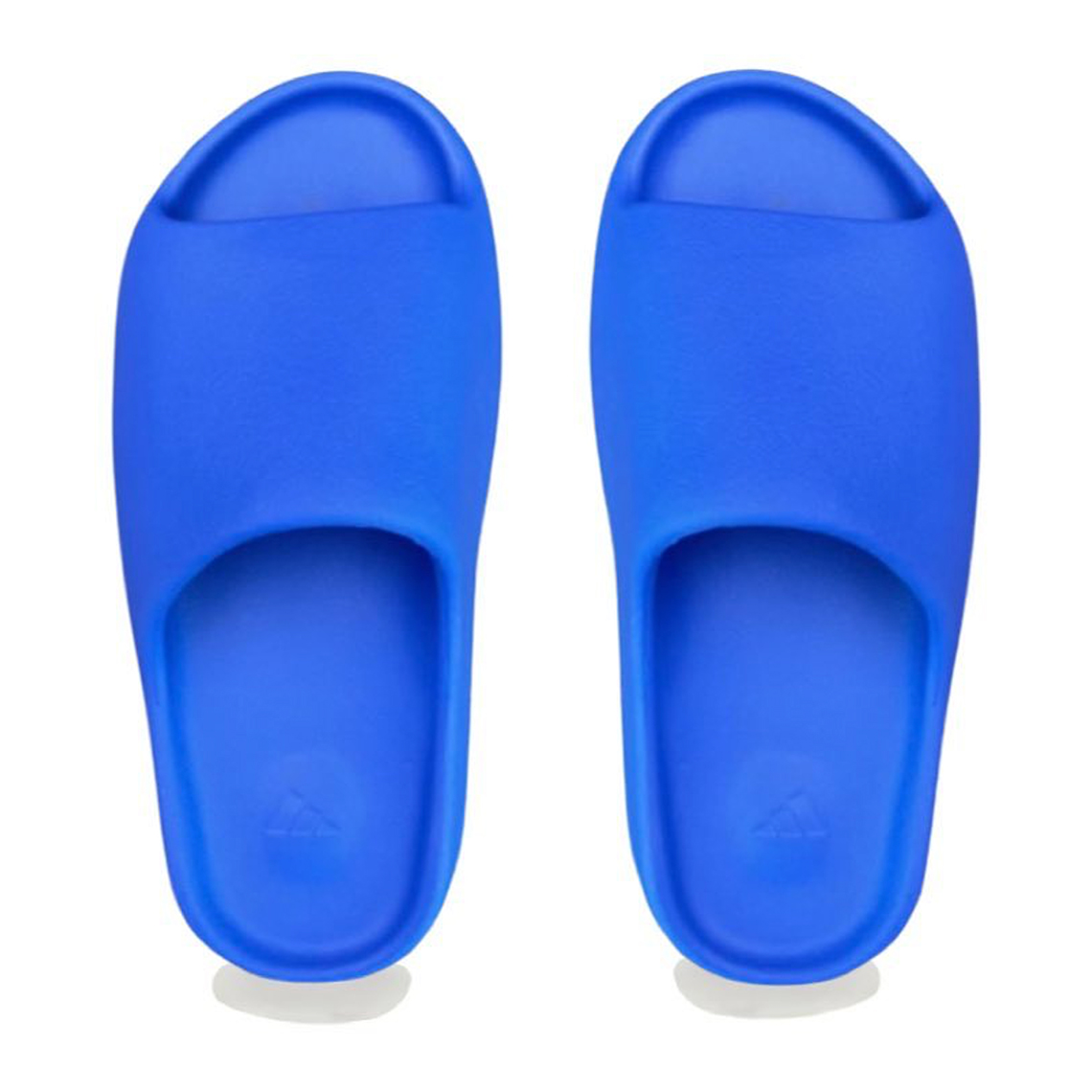