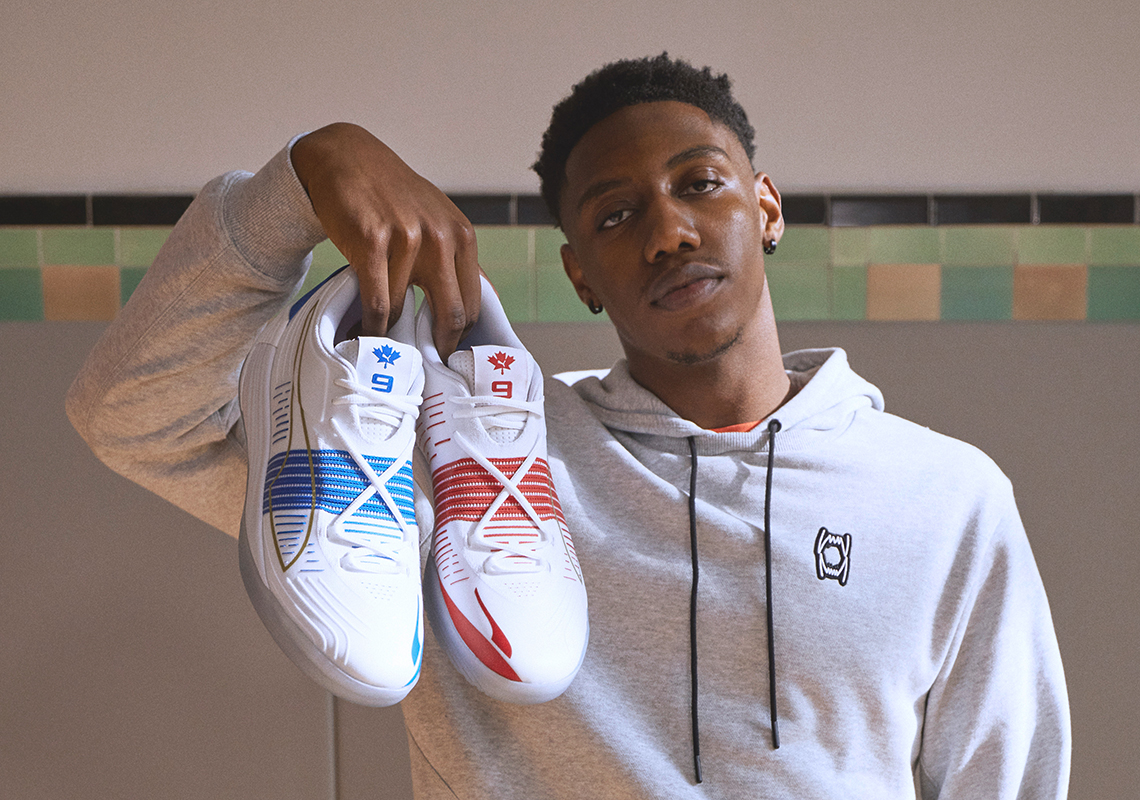 In his lone season at Duke, RJ Barrett was anointed the Maple Mamba – an ode to both the late Kobe Bryant’s and the freshman’s relentless nature on the court coupled with Barrett’s Canadian nationality. After commanding the reigns of a young and driven New York Knicks roster for the past few seasons, the future Knickerbocker legend is receiving a Players Exclusive that pays homage to the nicknames installation.

Harkening the aesthtic of McGrady’s mis-matched Patent Leather T-Mac III’s that he wore during the 2004 All-Star game, the Puma Fusion Nitro employs a simple crisp white base, allowing for the left sneaker to flaunt Canadian influence fit with titular red accents while the right resides in Durham, NC with the Blue Devils “Royal” hue. The opposing colors fill the back tab, medial mudguard and midfoot compression band while the number nine and a maple leaf adorn the nylon tongue tags with the brand’s synonymous Formstripe outlined in a luminous golden shade. Underfoot, a clad white midsole infused with Nitro Foam presides above a translucent tread as lasting personal elements sprout from the tongue and insoles bearing “Maple Mamba” and “Made Different” text in conclusion to the simplified mix-matched offering.

In other news, Jordan Brand has announced their latest Gore-Tex covered silhouette in a women’s-exclusive Air Jordan 5. 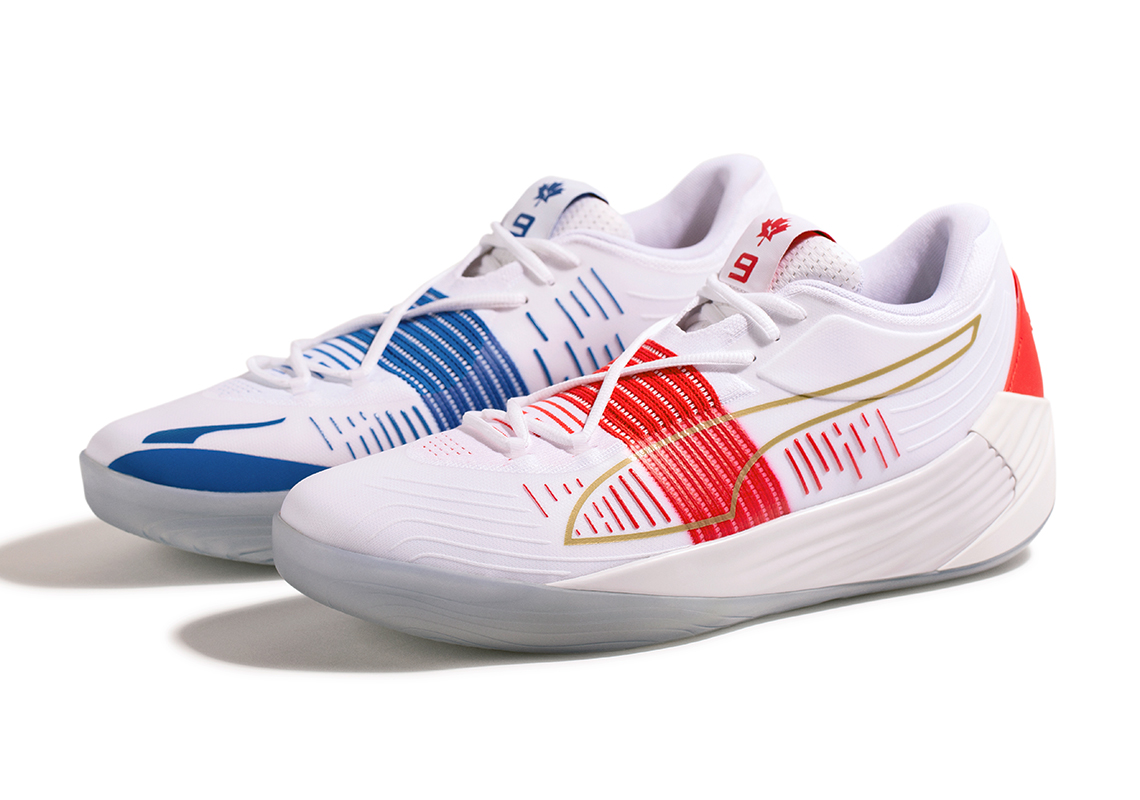 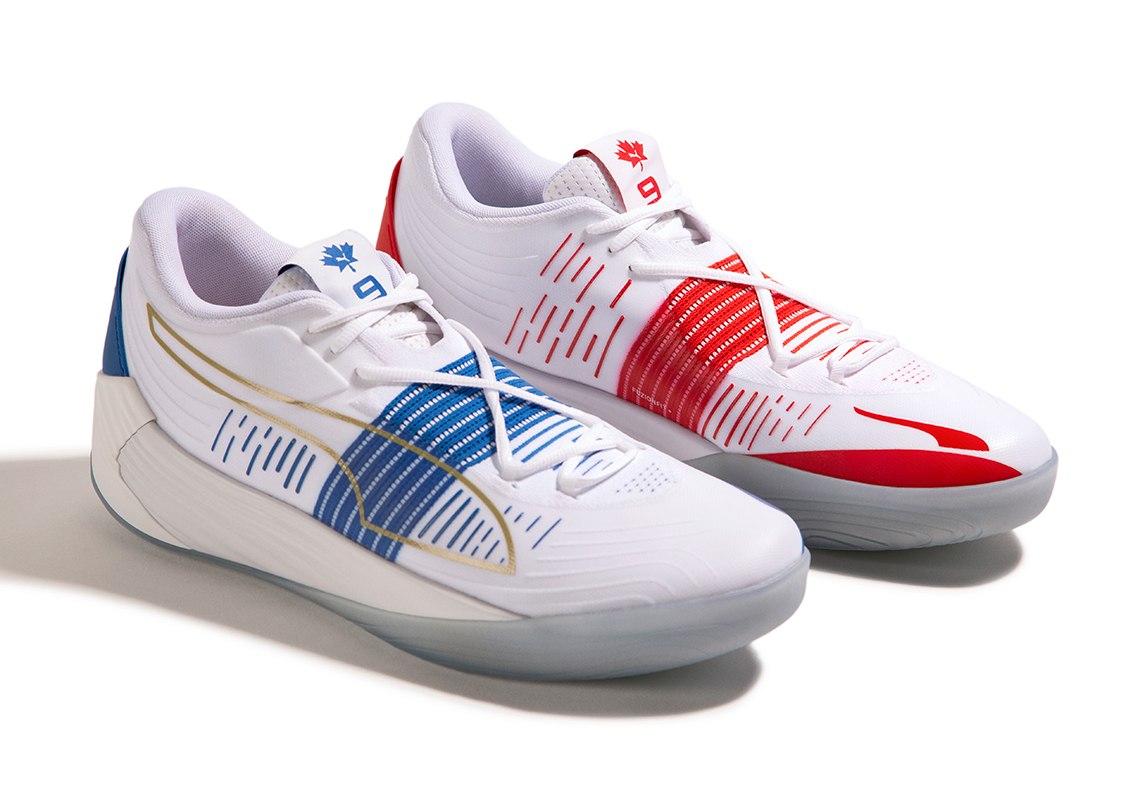 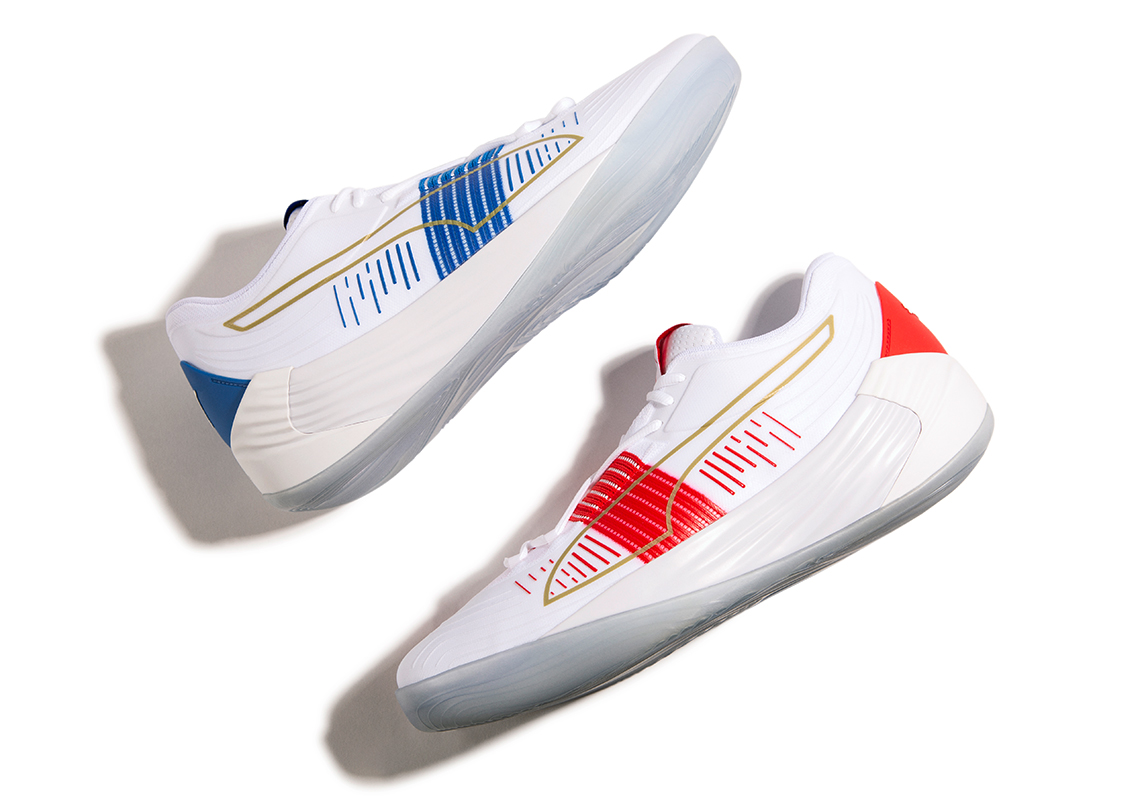 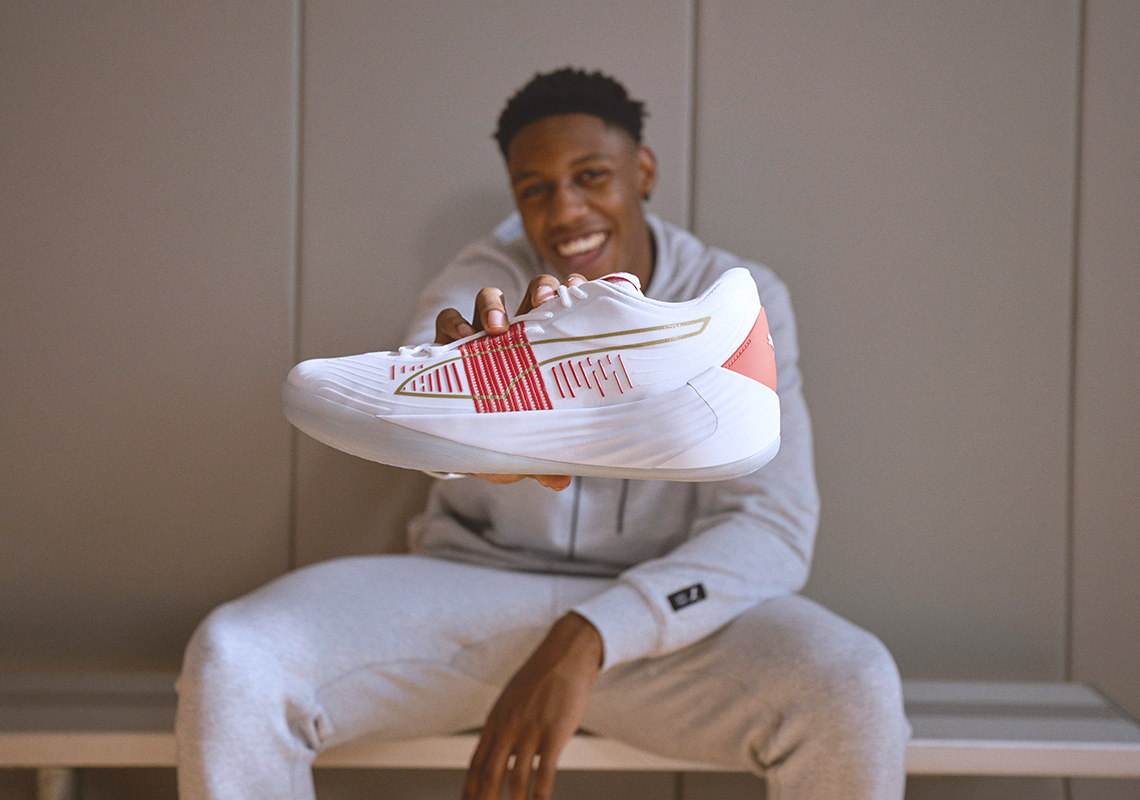 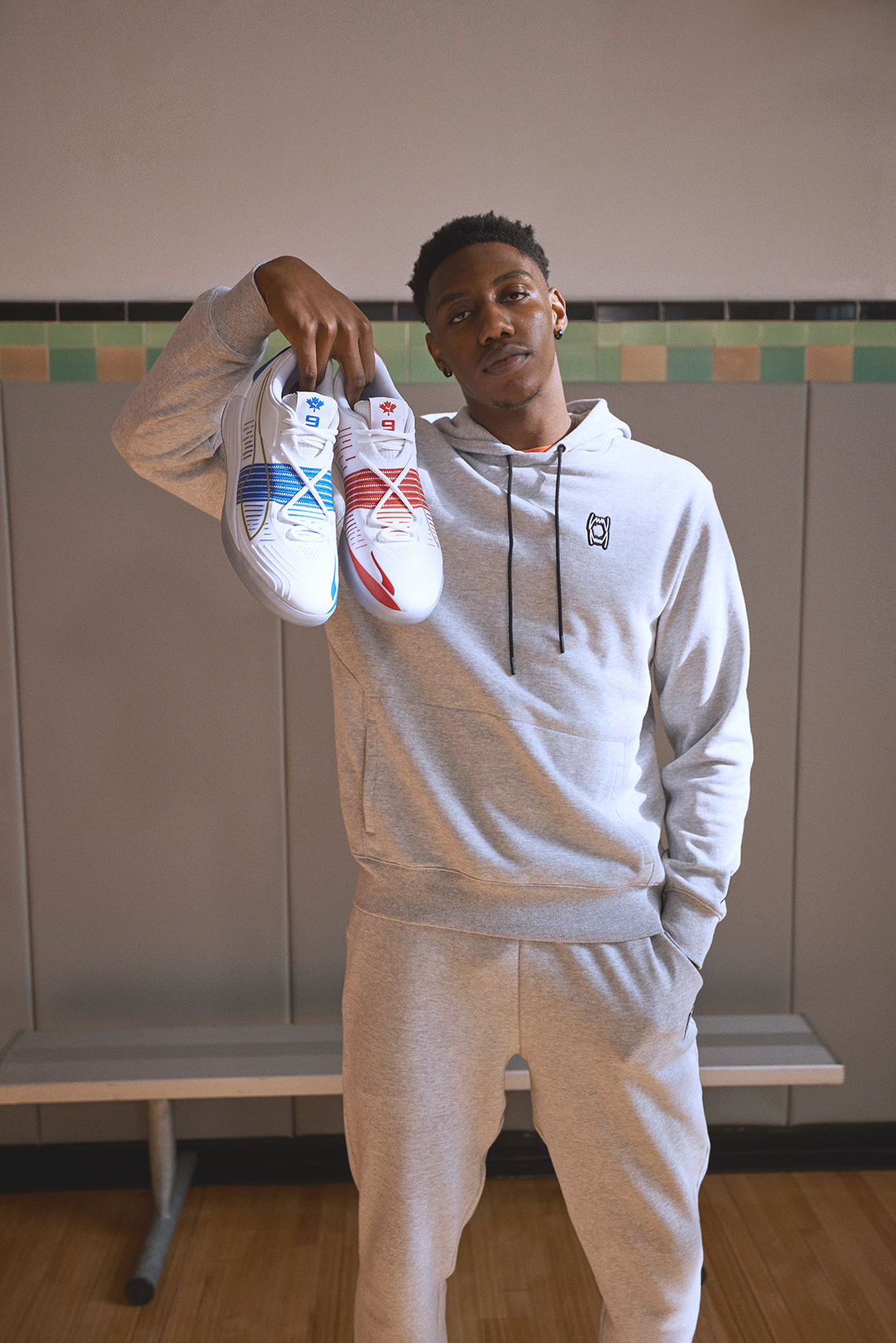