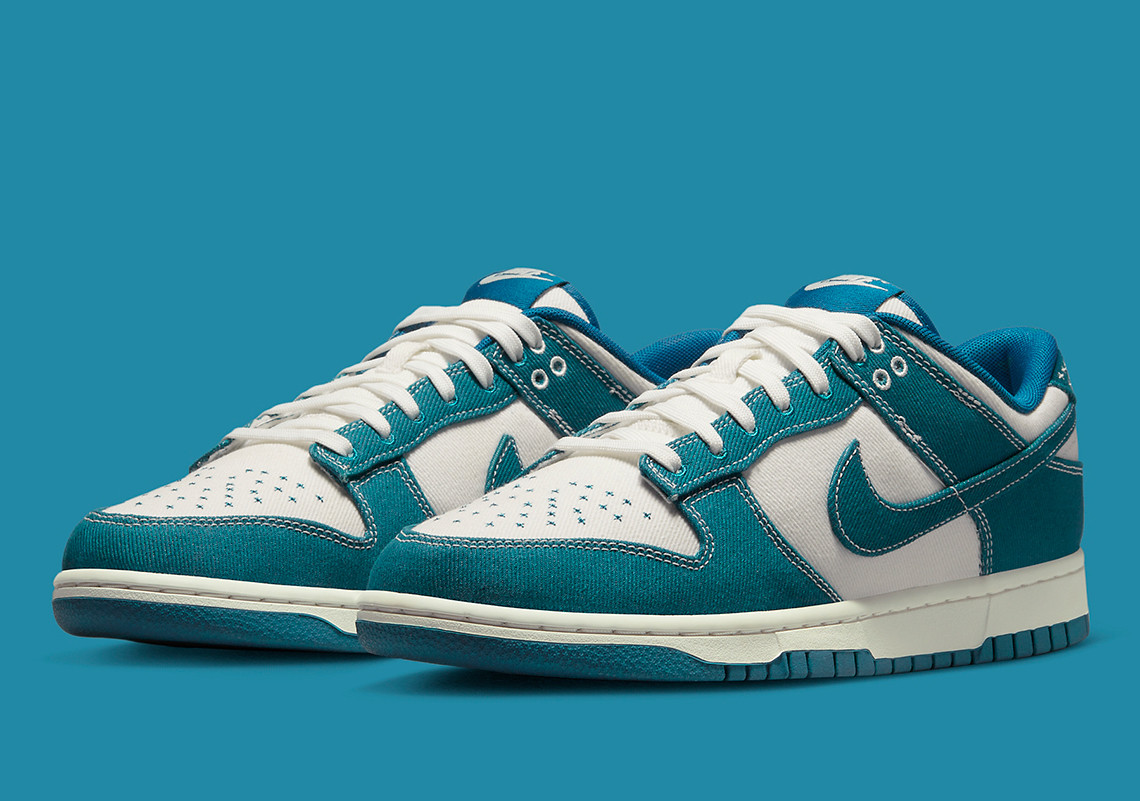 From the split toe of the ISPA Drifter to the Setsubun-related elements of past releases, Nike is constantly employing Japanese influences across their designs. This newly-revealed Dunk Low is certainly no exception, as its “Industrial Blue” upper is mended in the style of Sashiko, a traditional form of embroidery.

This wouldn’t be the first time Nike has leaned on this specific craft: previously, they’ve implemented Sashiko across the Air Force 1 “Nai-Ke,” albeit in a much busier fashion. Here, the late Peter Moore’s beloved creation indulges in moderation, applying the technique only to the toe box and heel tab. Elsewhere, the denim upper — whose overlays and unders are dressed in “Industrial Blue” and “Summit White,” respectively — are devoid of any additional detailing save for the exterior panelings’ contrast stitching.

Enjoy a closer look at the Nike Dunk Low “Industrial Blue” via the official images below. These should hit select retailers and Nike.com relatively soon, so sit tight.

In other news, images of the Nike LeBron 20 Laser Blue surfaced yesterday. 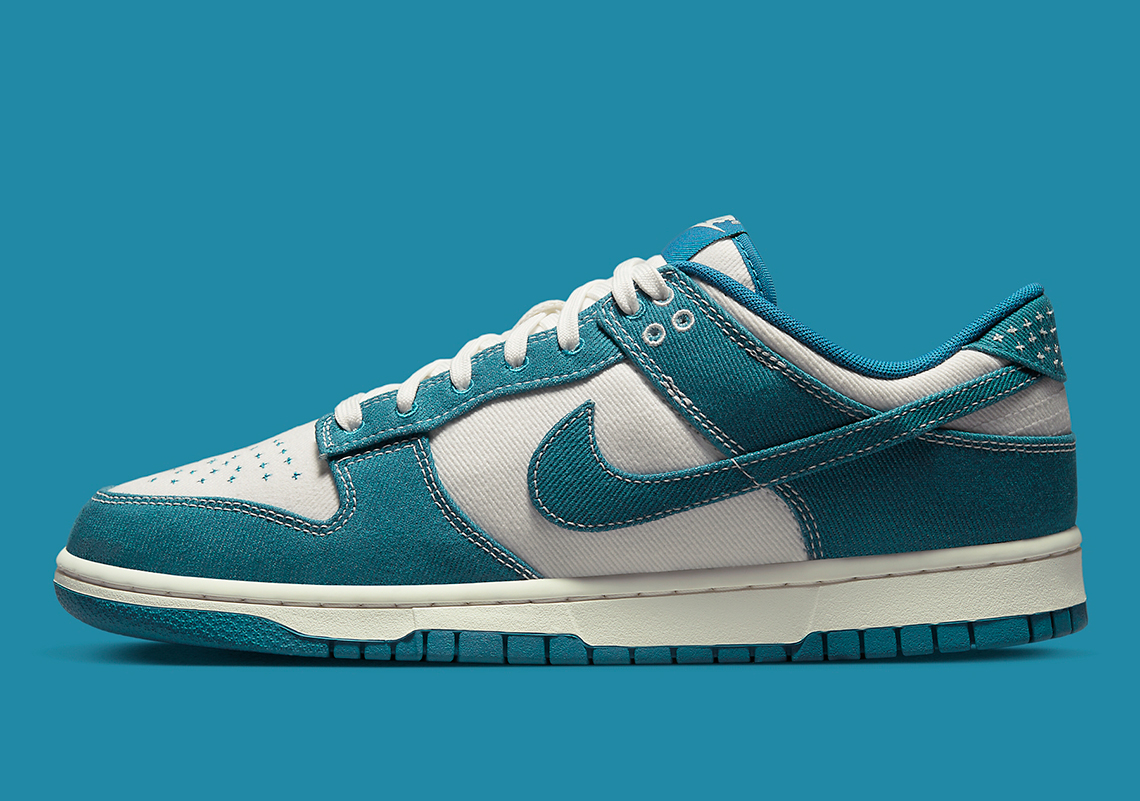 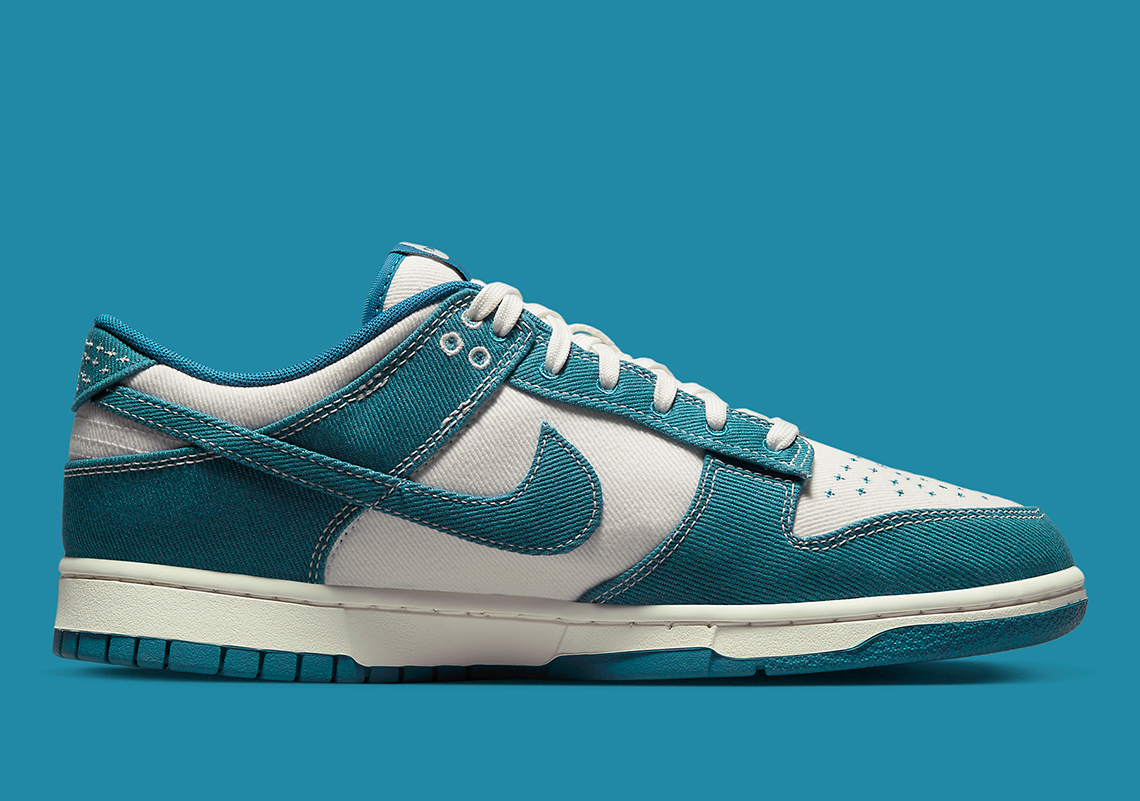 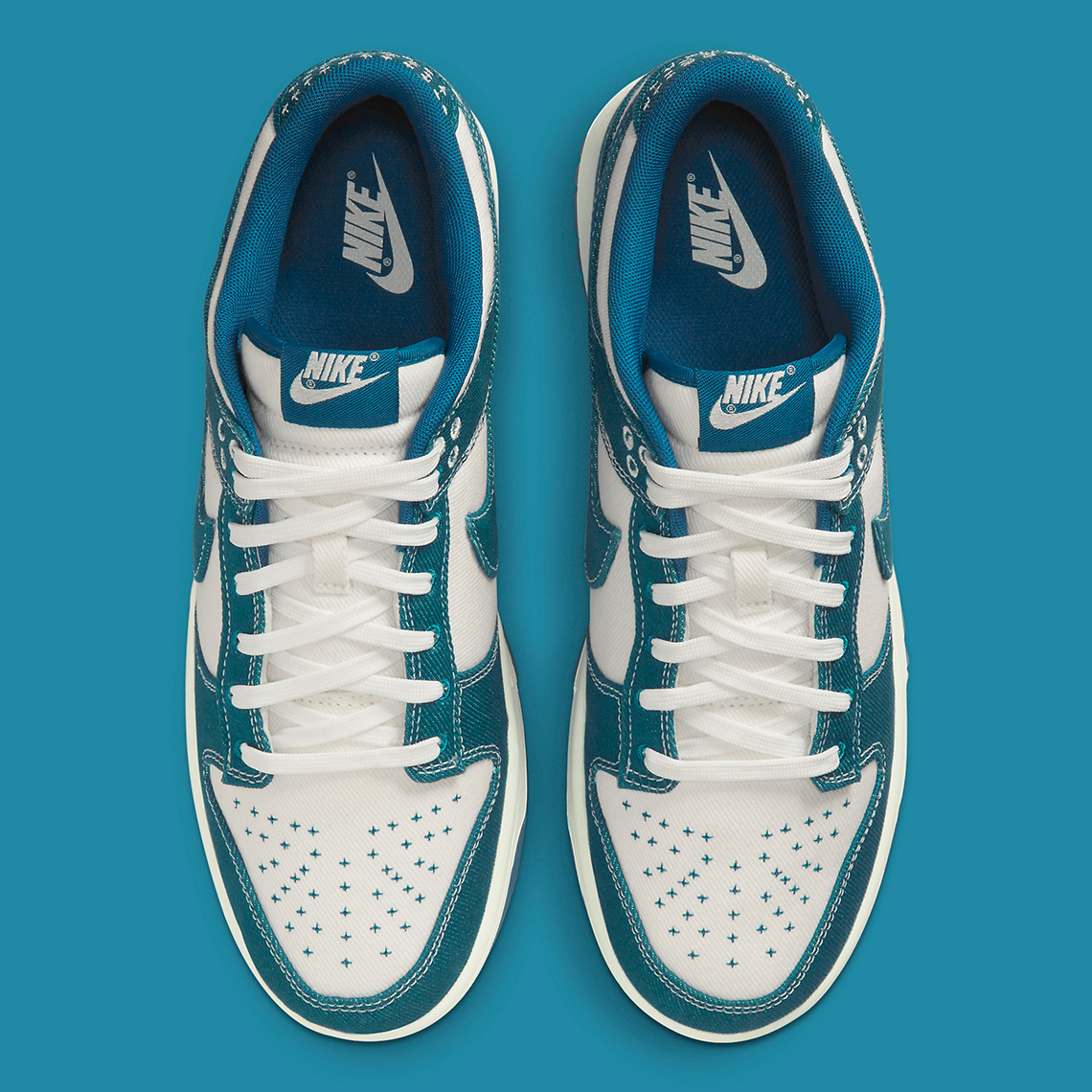 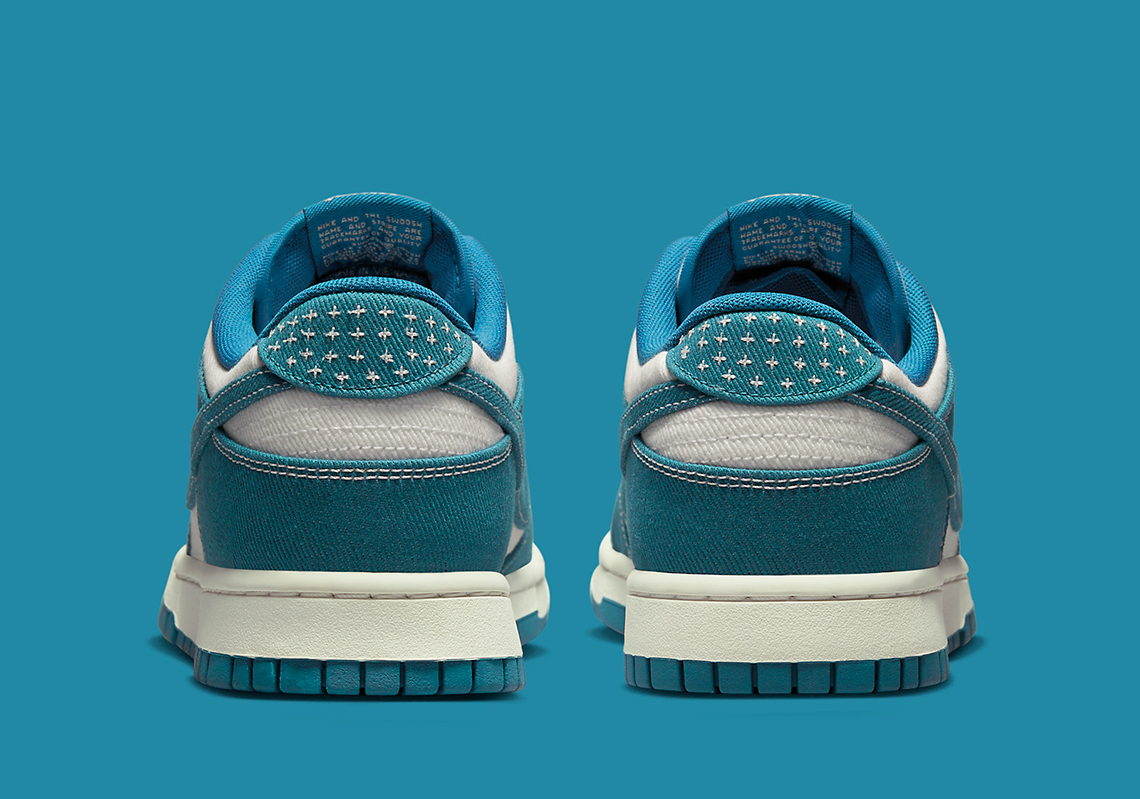 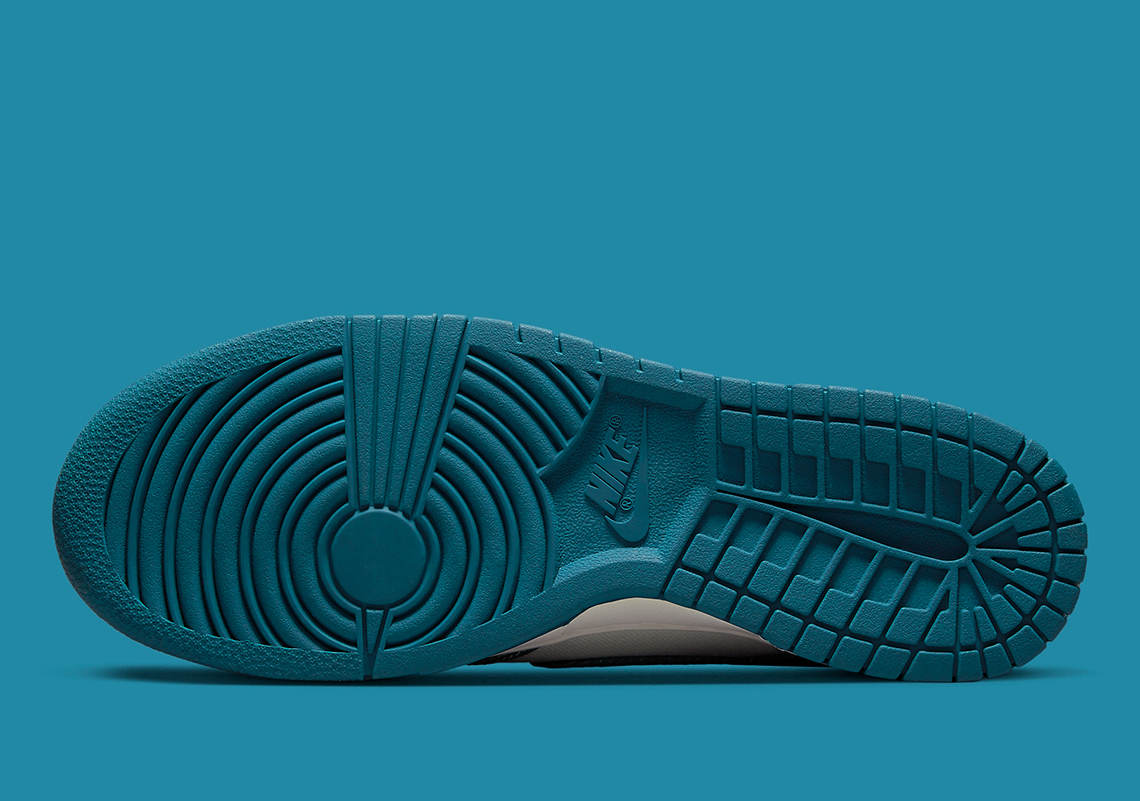 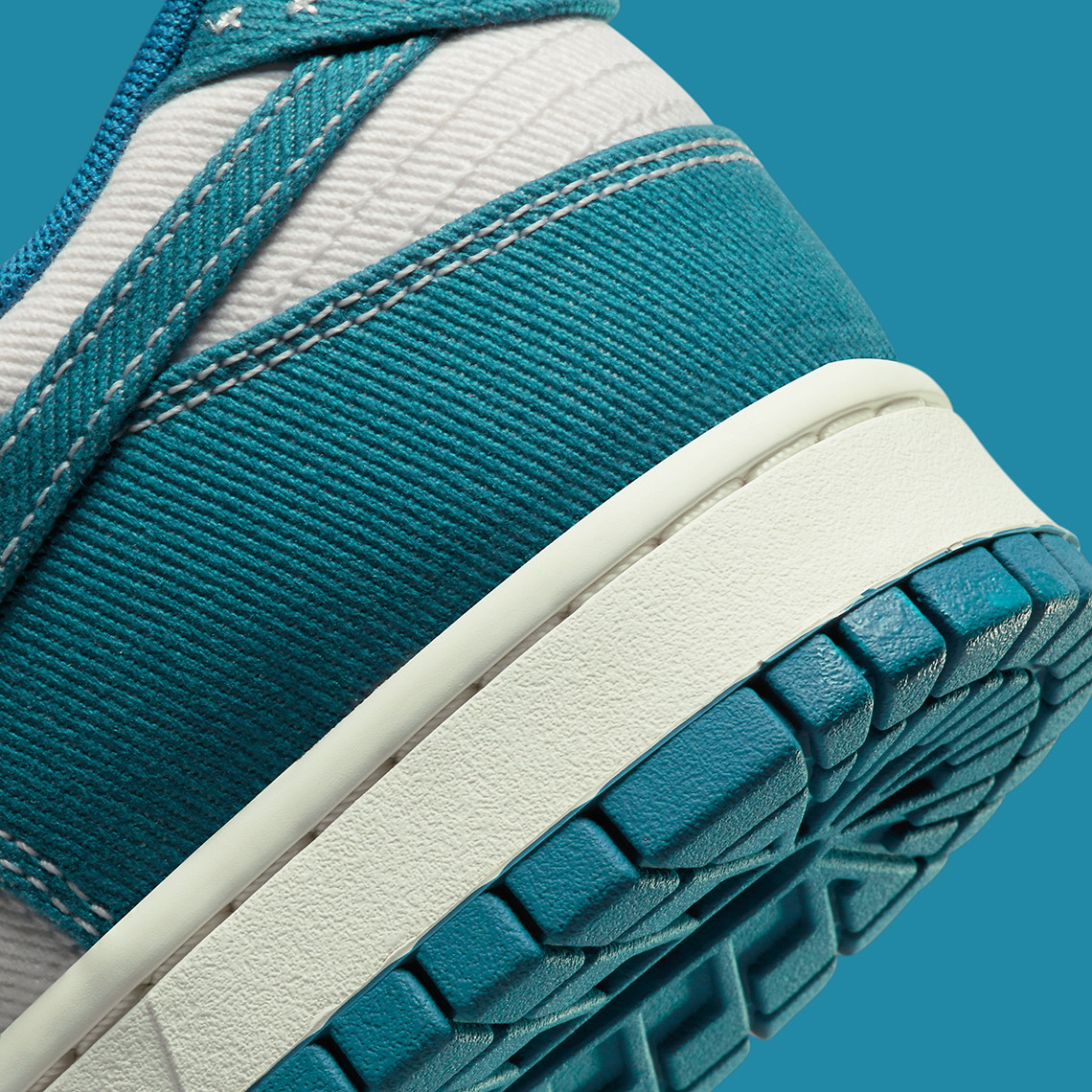 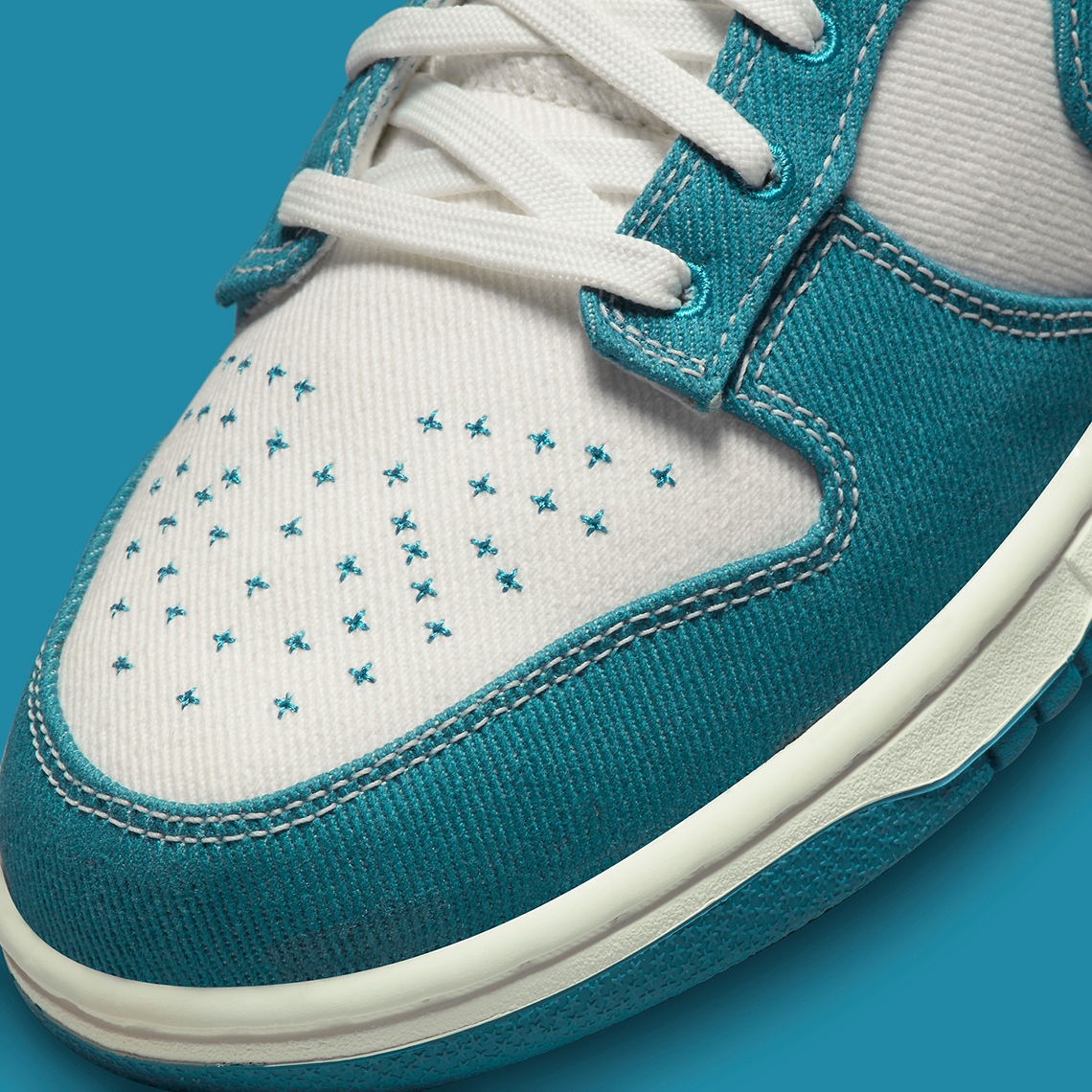