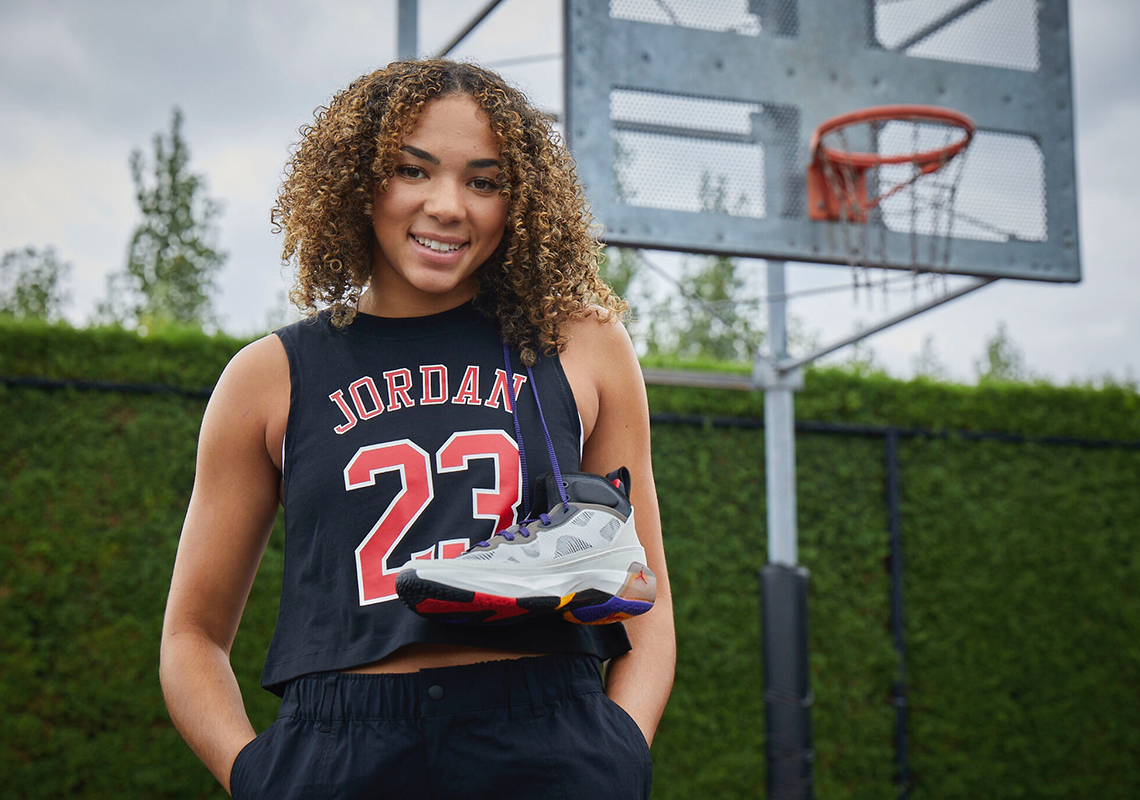 Fresh off of The Swoosh signing their initial class of student athletes including Bronny James and college sensation Caitlin Clarke, Jordan Brand too has announced their first-ever NIL signing – the reigning Gatorade National Girls Player of the Year and UCLA’s freshman phenom Kiki Rice.

“It doesn’t even seem real yet,” Rice said. “Growing up, I used to scroll through Jordan Brand’s website and see the athletes they had, or watch TV and be like, ‘Oh, they’re a Jordan Brand athlete.’ To now be one of them, it’s a dream come true and something I never really thought would happen. Now that it’s official, it’s the best thing that could have ever happened, and I’m so excited for the future.”

As one of the most decorated players in the Class of ’22, Rice dominated the amateur scene by leading Sidwell Friends to an undefeated season, culminating in her second state championship while the McDonald’s All-American garnered Naismith HS POY honors – solidifying herself as the clear No. 1 point guard in her class.

Currently preparing for the Bruins upcoming season, the Washington D.C. native visited the Nike World Headquarters in Beaverton to commemorate the signing, walking the halls of the famed Michael Jordan building and dipping into meetings while fitting in a quick workout in the Bo Jackson building’s upstairs basketball gym.

“When we were first driving up to campus, I couldn’t help but to just think ‘incredible.’ As an athlete, sometimes we forget about everything that goes on behind the scenes – from footwear to apparel and all things in between – so it was insightful and eye-opening to be a part of meetings, provide feedback and be a voice they listen to,” Rice said.

Dedicated toward serving her local community, Rice’s deal with Jumpman will aim to combat the daily inequalities young girls face in sports, an initiative the brand has proffered since announcing its “WNBA Family” campaign that saw the endorsement of 11 W stars including Dearica Hamby, Satou Sabally and Kia Nurse.

“Being Jordan Brand’s first NIL athlete is an incredible milestone, and I think it’s a testament to the hard work I’ve put in and all the people around me who have helped me get to this point,” says Rice. “Signing with the Jordan Brand is another motivating factor for me to continue to work hard and achieve my goals.”

While the heralded Air Jordan 1 remains her first pair of J’s, the AJ 4 has since took the stage as her favorite silhouette to rock, while we can expect the Zion 2, Luka 1 and Air Jordan 37 to be in full flux for the freshman pg and her Jumpman endorsed UCLA squad this upcoming season.

For more under the Jordan banner, check out the women’s exclusive Air Jordan 11 “Midnight Navy” ahead of its release in November. 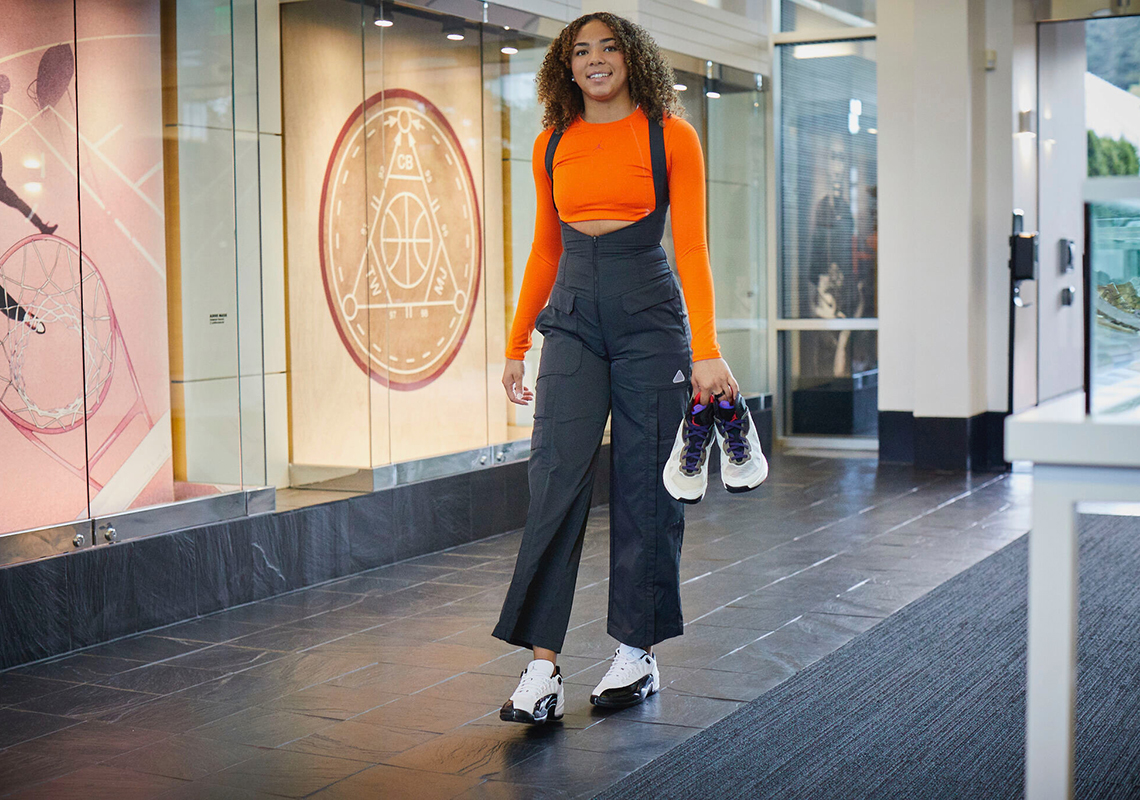 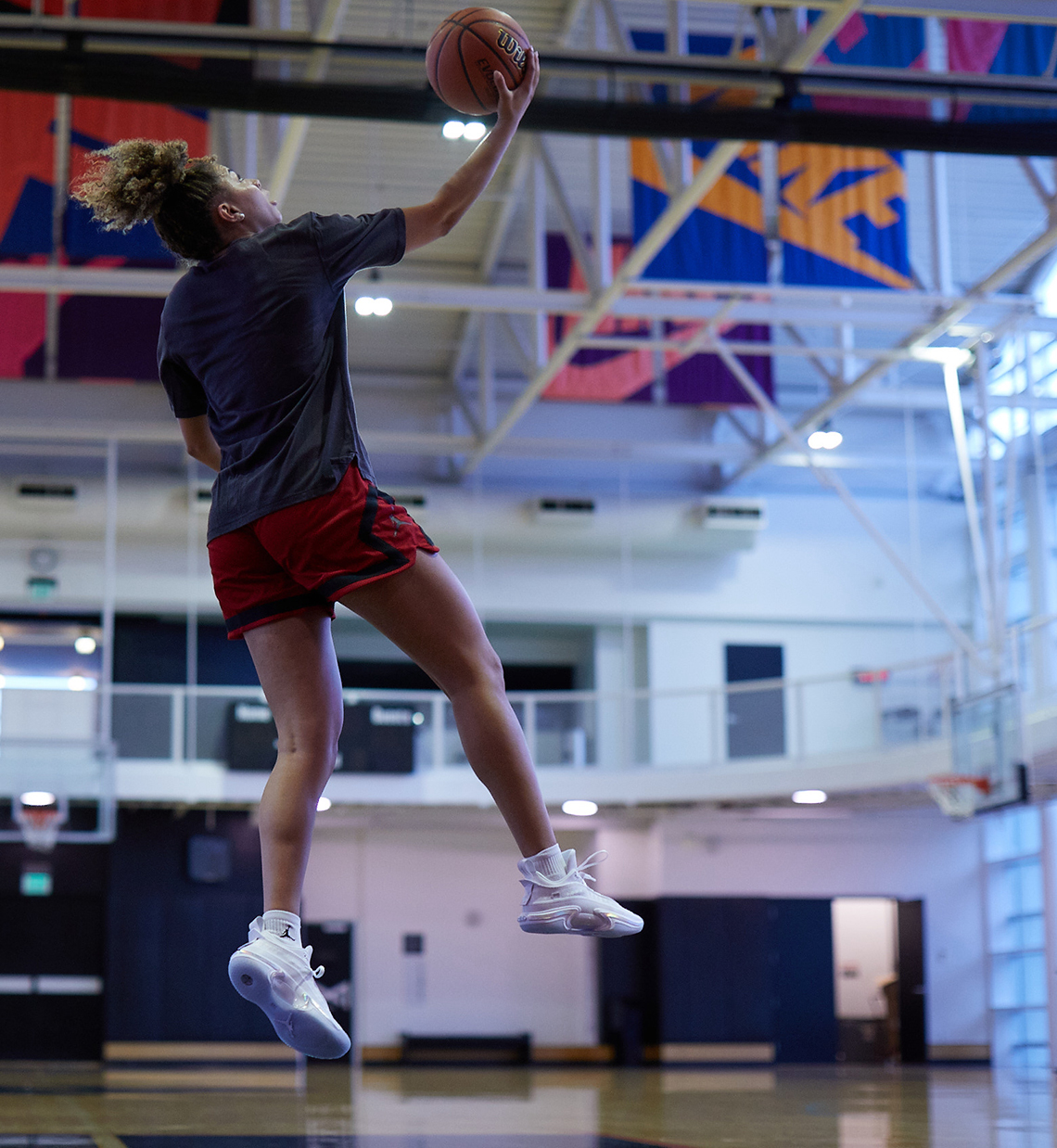