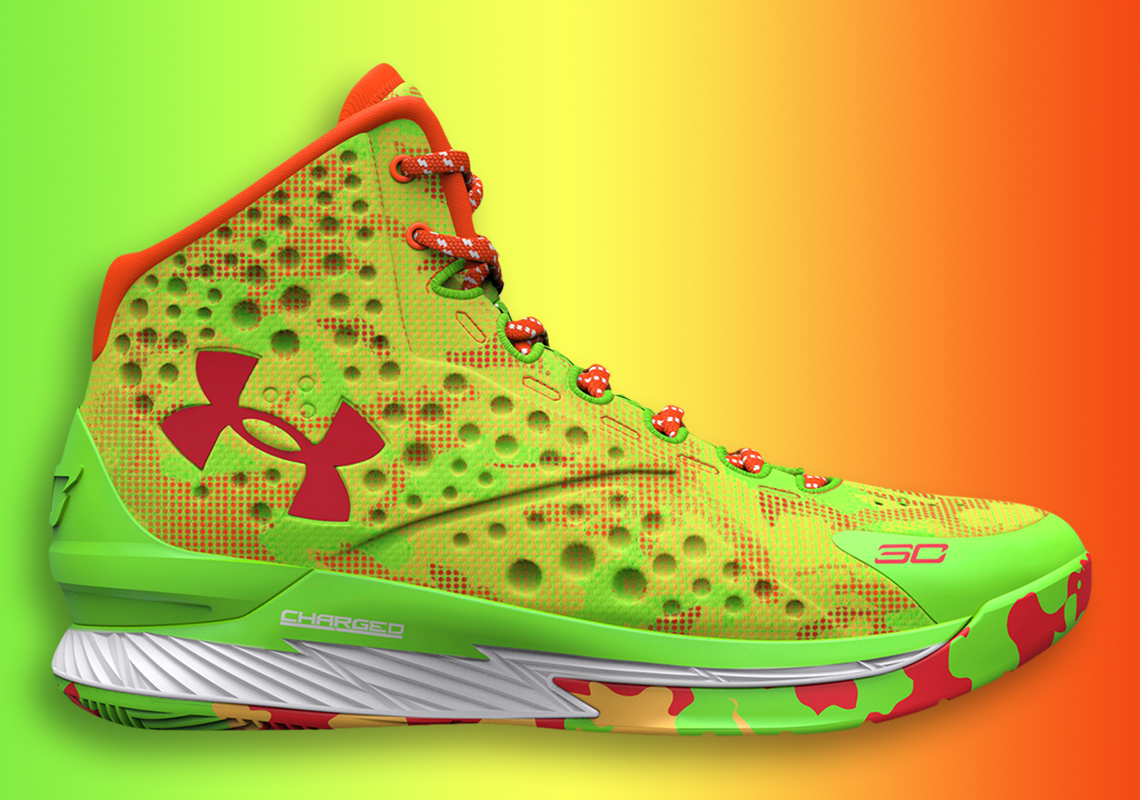 Stephen Curry’s love for Sour Patch Kids has long been well-documented, debuting his admiration for the multi-color candy during his 2015 Three Point Contest win in a sour then sweet homage via the Under Armor Curry 1 FlowTro. Following the first official joint effort between the two cohort’s through a duo of Curry 7’s, the colorway that kicked the collection off is now returning to shelves more than seven years later.

Coated in a playful array of brightly-hued tones that reminisce to the colorful candies that lay within each pack or box, the upper enacts a multi-color textile dominated by shades of “Hyper Green” and “Team Orange”. Extending the latter across its sock liner and laces stitched with white accents, the dominant volt green outfit additionally treats the mudguard, midsole and “30” branded counter whereas a crisp white jagged cupsole provides a neutral finish to the boisterous imprint. Concluding with an amalgamation of the titular flavors along its tread, the heel and tongues branding come finished in a Red Berry nod.

Pulling up to Monday night’s contest against the King’s in the debut silhouette – in which Curry enacted yet another MVP-caliber performance with 47 points on 7-12 shooting from beyond the arc – the four-time champion carried in tow a giant-sized bag of the sugary delight as the pairs packaging.

“Candy Reign” Curry 1 on the way in for @StephenCurry30 — then @SourPatchKids Curry 10s in game ?? pic.twitter.com/nZePR0W3Qp

Releasing tomorrow, November 11th at Foot Locker for a retail price of $150, enjoy official images of the UA Curry 1 “Sour Patch Kids” below in the meantime.

In other news, check out our updated store list for the Air Jordan 1 “Lost and Found.” 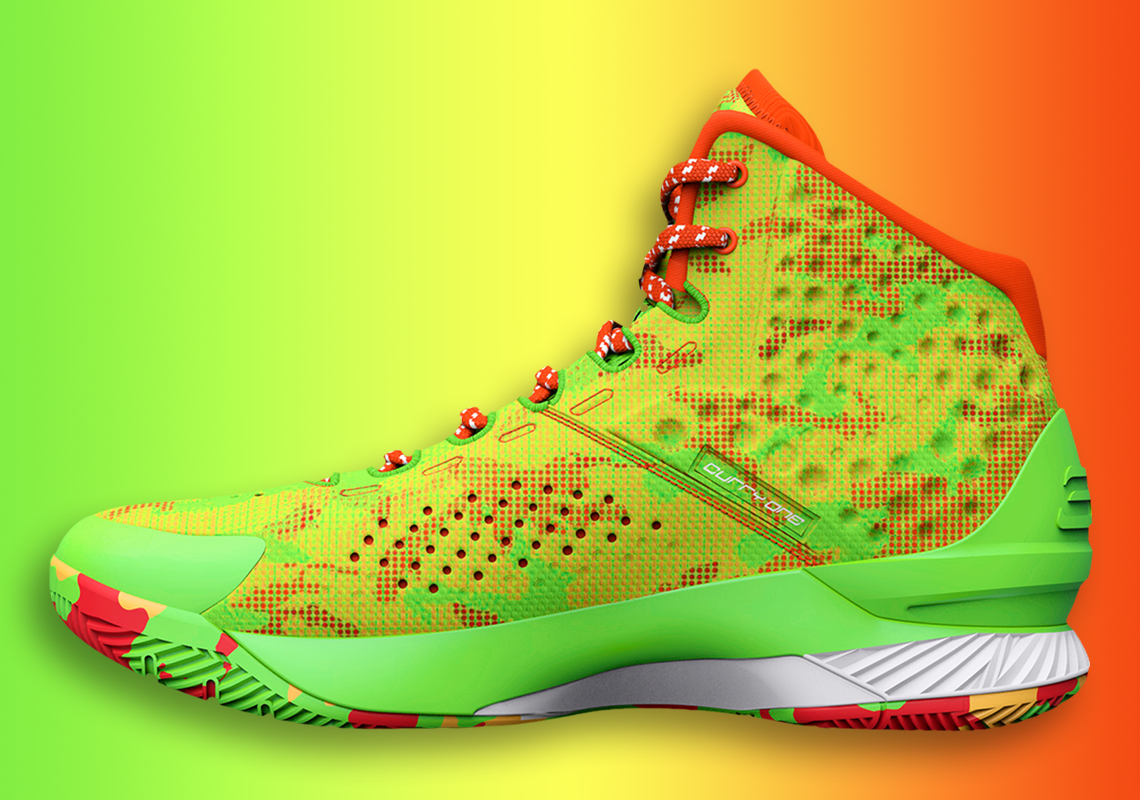 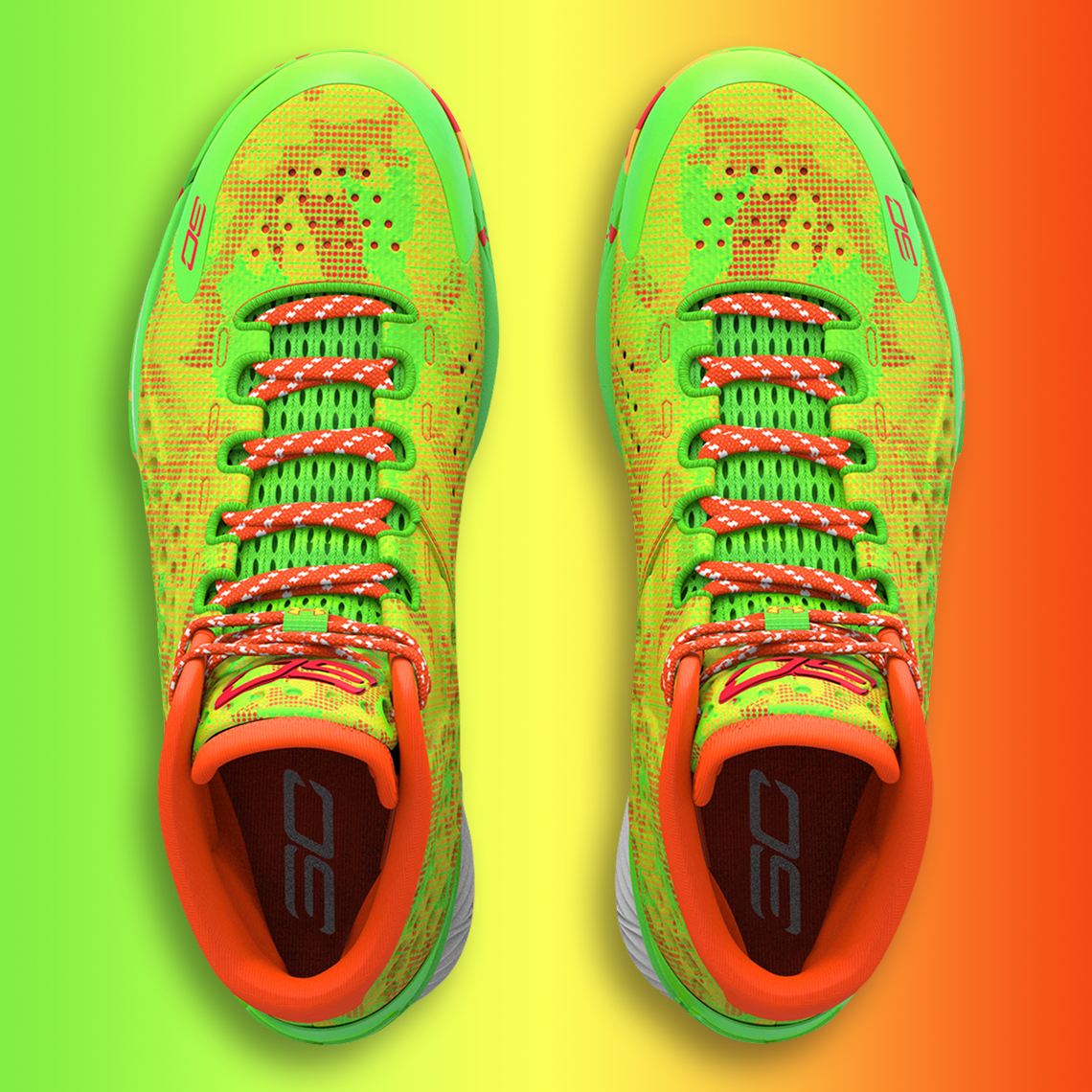 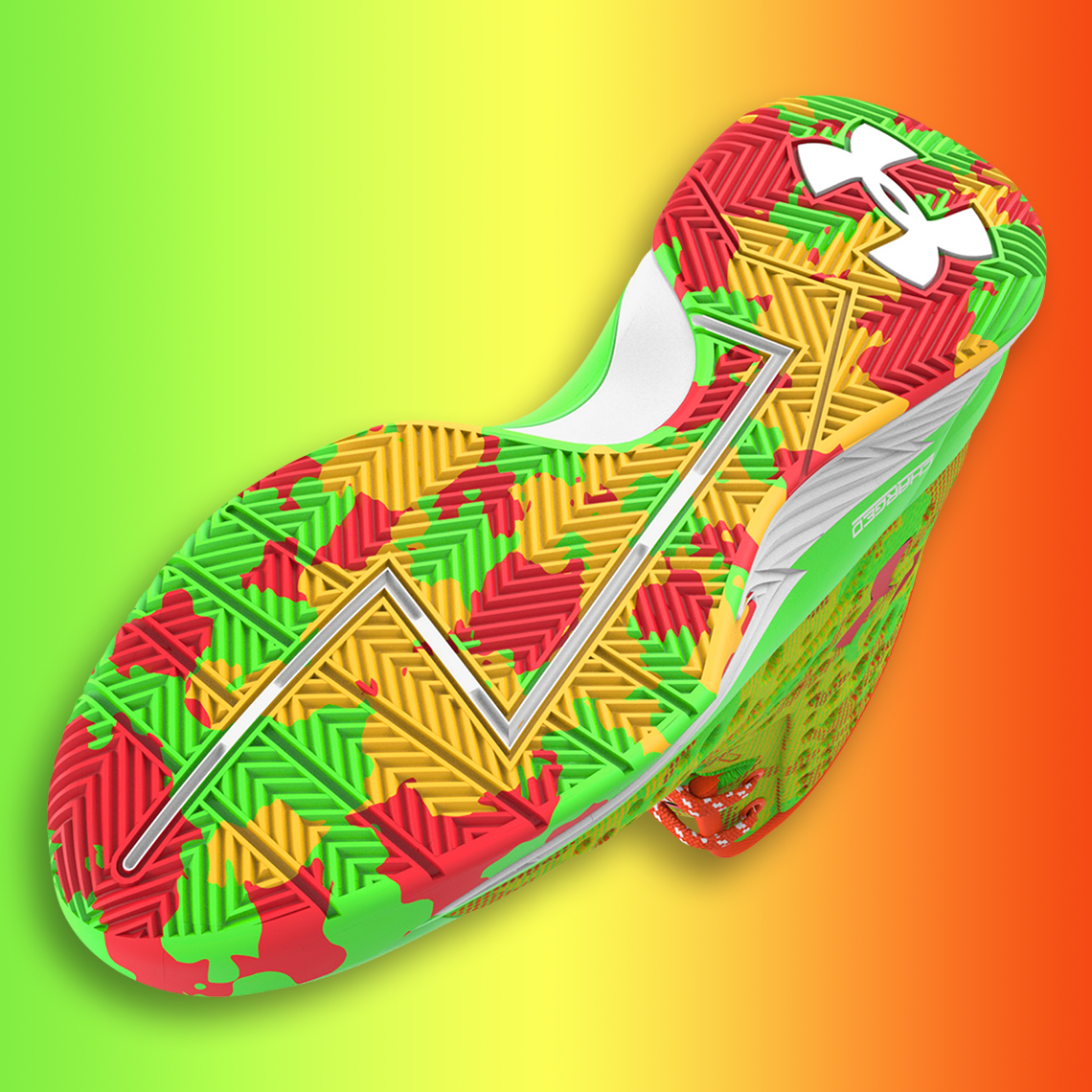