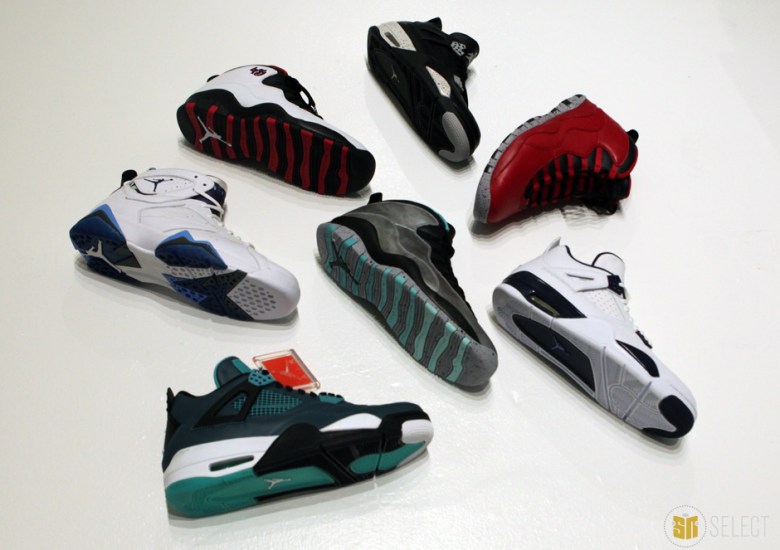 A Full Preview of Air Jordan Remastered Releases For Spring 2015

Last week Sneaker News gave you a full in-depth look at the entire process behind the Remastered Air Jordans and the brand’s mission and purpose behind taking such lengthy measures to make its shoes. As we noted in our Sneaker News Select feature on the Remaster Program, this endeavor isn’t just a simple use of newer, better materials, but a message to its consumers that the brand is taking extra measures to pay attention to the finest of details.

Here we have a full preview of all the confirmed 2015 releases of Remastered Air Jordans, which features three Air Jordan 4s, an Air Jordan 7, and three Air Jordan 10s. Firm release dates haven’t been confirmed by Jordan Brand, but you can expect us to deliver that information as soon as it becomes available. Get the full rundown on this Labor Day evening and let us know which of the seven you’re looking forward to the most.

Jordan Brand confirms these seven Air Jordans to release in Spring 2015. Which are you looking forward to the most?

Originally released in 1999, this UNC Tar Heel Air Jordan IV will indeed be getting the Remastered treatment, which utilizes premium materials and attention to detail.

Another Remastered Jordan 4 is the “Oreo” – a fellow Retro+ colorway that dropped in ’99 alongside the Columbias. The materials seen here truly reflect that promise of an upgrade.

Can’t roll out this new Remastered technique without flexing a new colorway, right? The Teal Jordan 4 opts for a smoother upper that looks far more durable than anything we’ve seen before.

Another Retro colorway making a return is the “French Blue” that debuted over a decade ago. This is the only Remastered Air Jordan VII that was previewed last Thursday night, although you can expect a lot more of this silhouette considering 2015 is the Year of the 7.

This colorway pays homage to the proud statue that has watched over New York City for years. The Grey/Black pairing speaks to the gritty New York attitude, while the hits of mint pay tribute to the Statue of Liberty. Expect a release during the 2015 All-Star Weekend.

Come back wearing the 4-5. This is the original PE version that Nike fashioned Michael Jordan upon his sudden return to the game. The era of 45 lasted only a few weeks before MJ returned to 23 during the ’95 Playoffs.

This all-red Air Jordan 10 is nicknamed “Bulls Over Broadway”, perhaps a spin on the film Bullets Over Broadway that released in 1994.