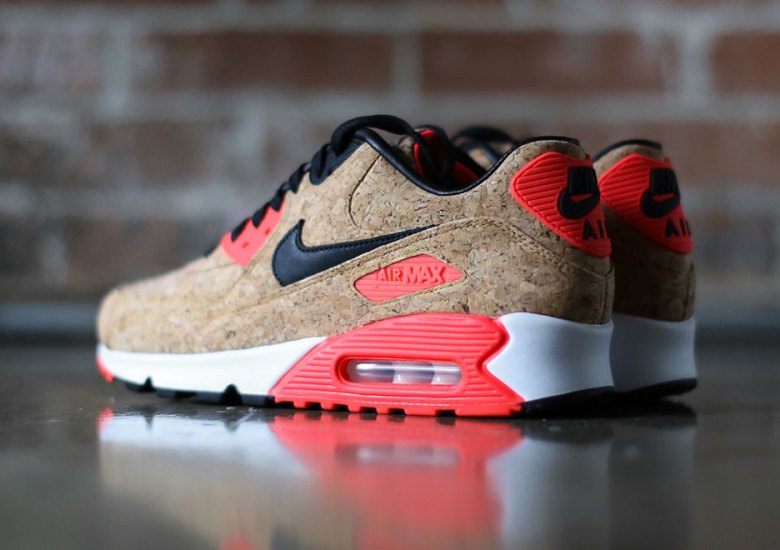 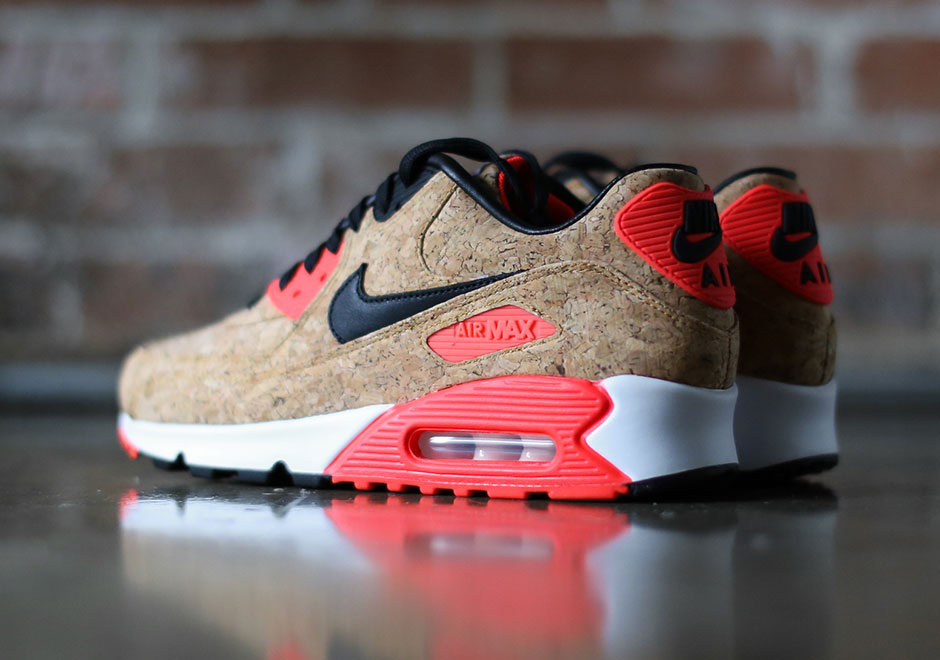 The Nike Air Max 90 “Cork” will release on April 24th at select Nike Sportswear retailers. The compressed bark material, typically seen as a mark of celebration as they are used to seal off bottles of champagne, was first used on a Nike sneaker in 2012 for the release of the LeBron 10 “Cork”, which celebrated LeBron James’ first NBA championship. Since then, the brand has shown restraint with the trendy uppers, but the 25th Anniversary celebration of one of the most popular Nike sneakers in history is worth bringing it back. We’ve seen ample previews as well as advanced releases in Europe, but a Stateside drop has been confirmed for 4/24, so be sure to mark your calendars. 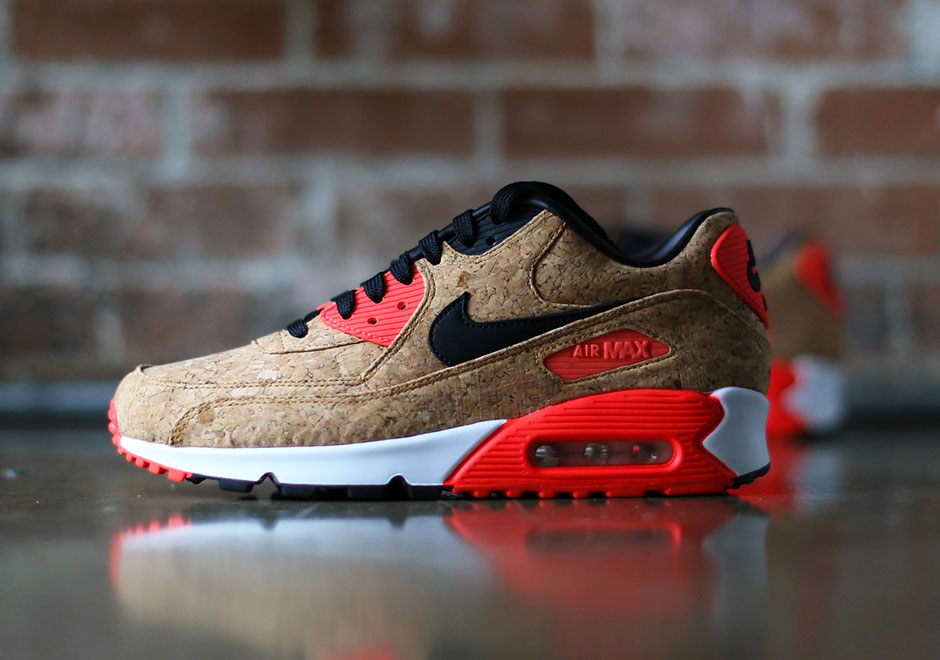 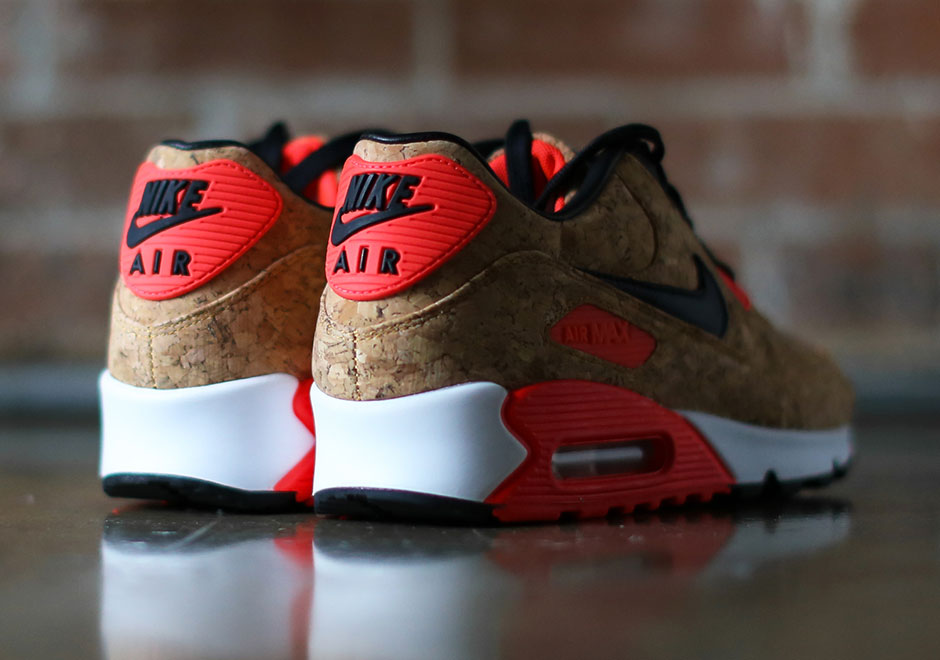 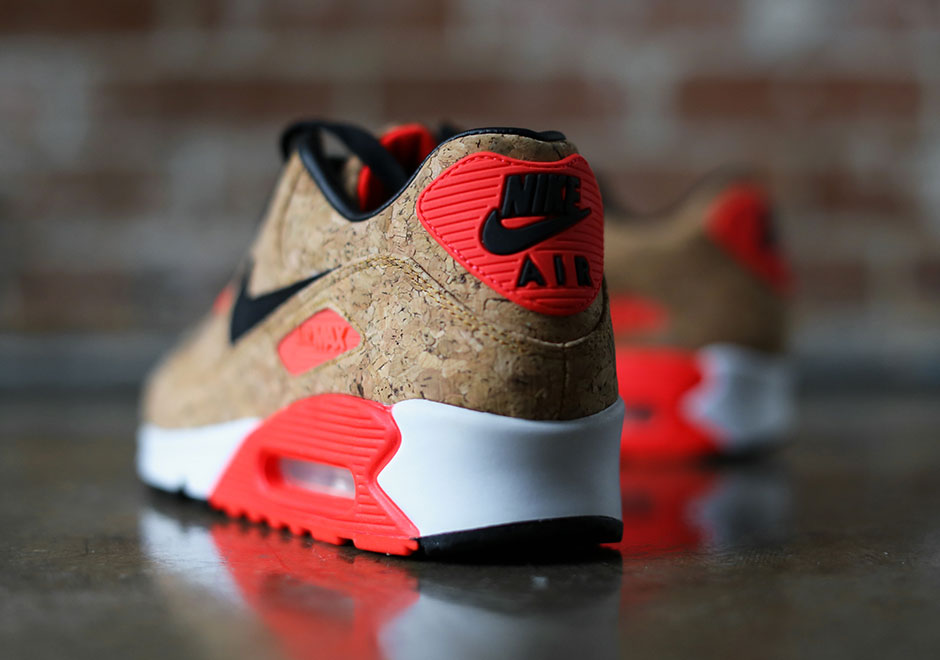 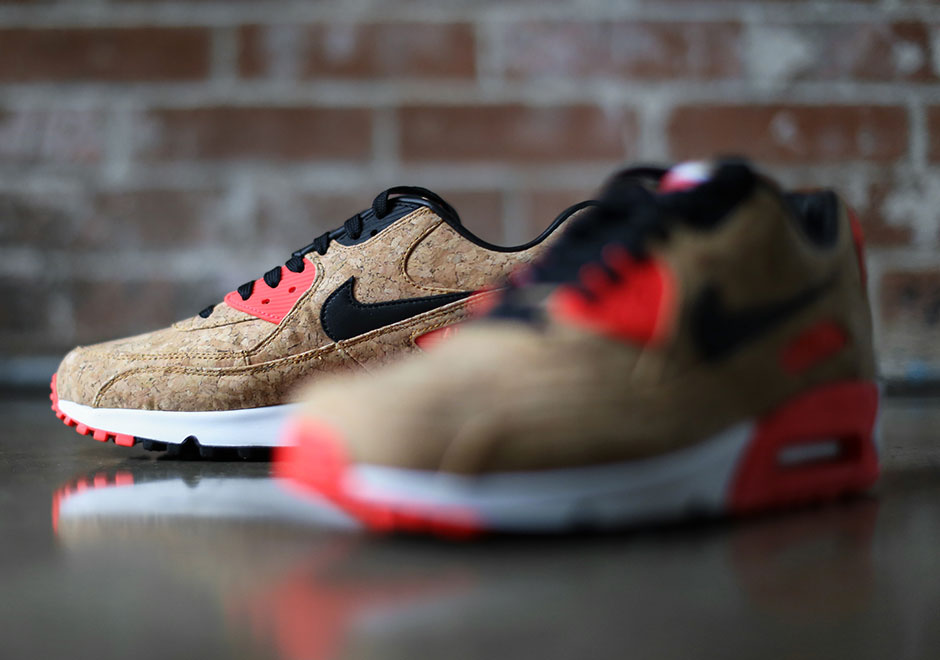 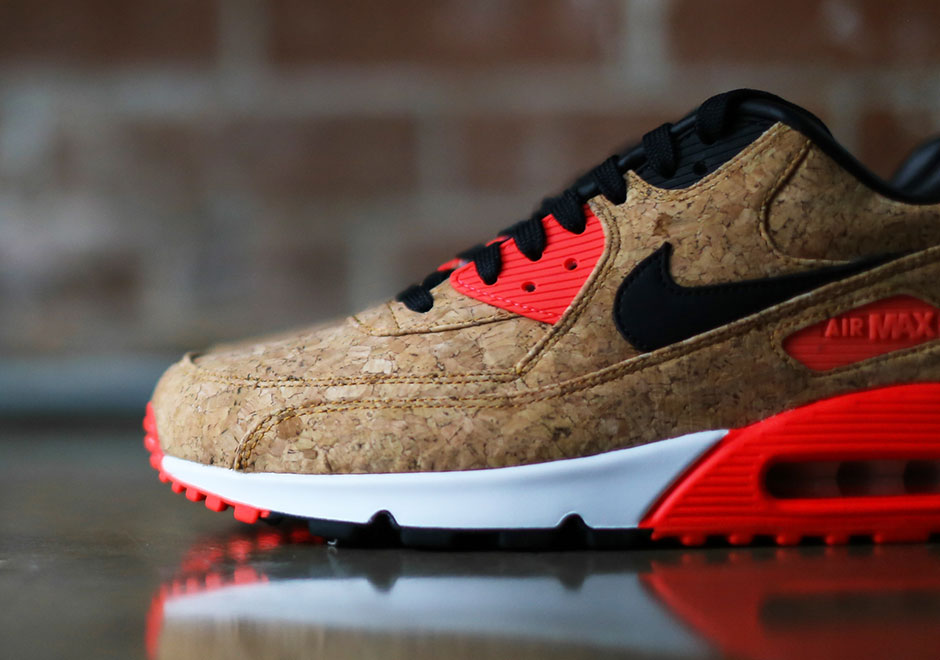 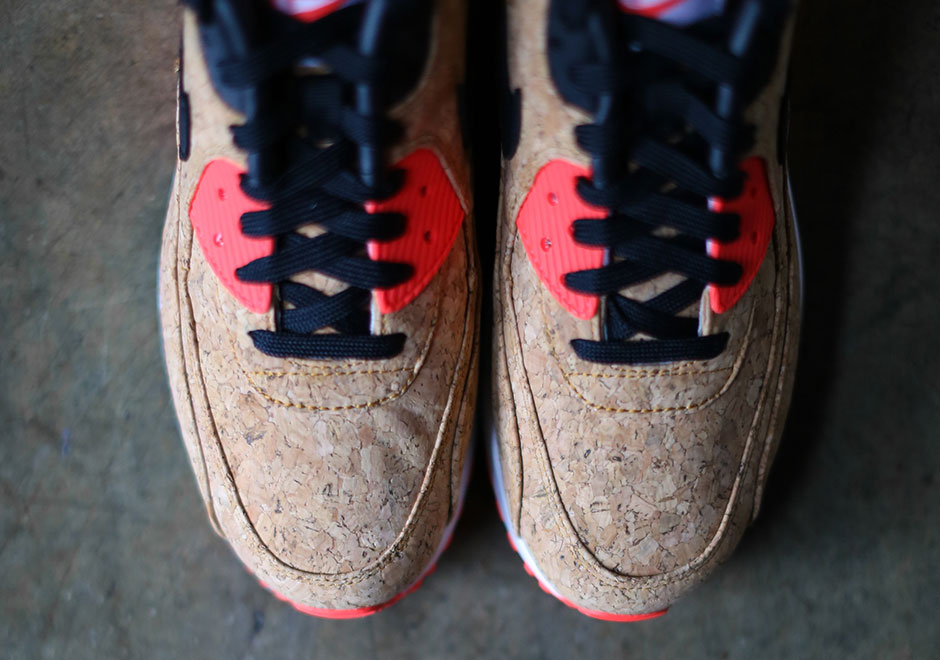