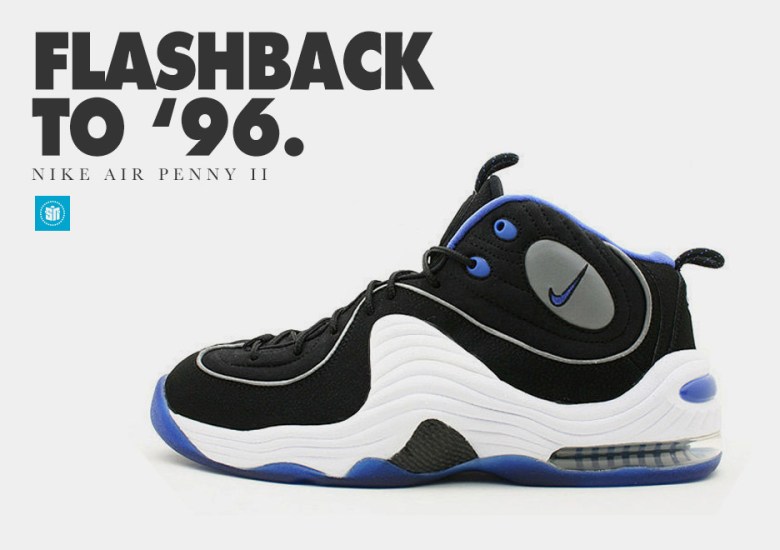 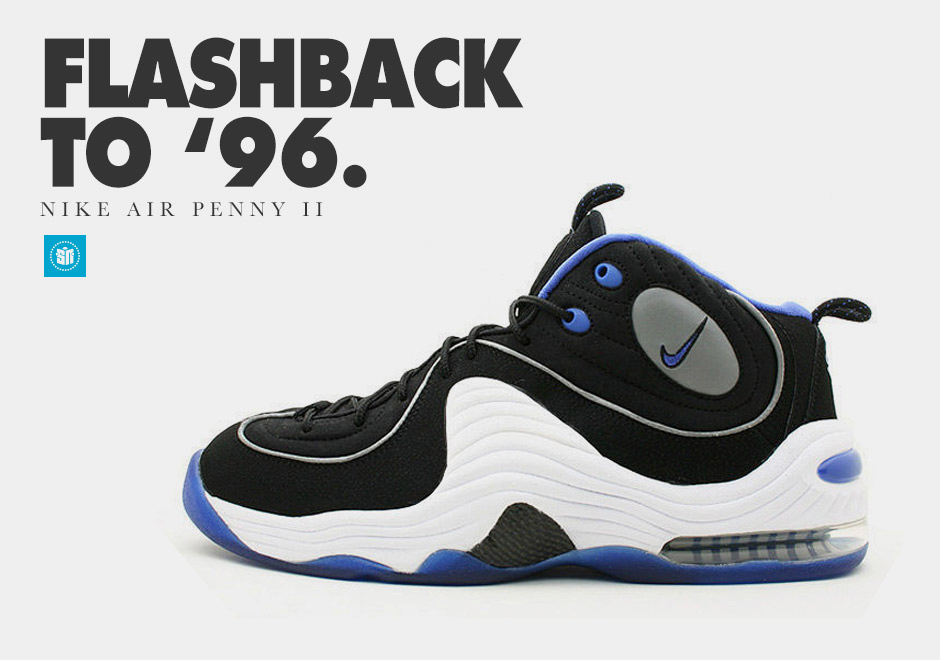 We’re going back to 1996 once again to remember another model from one of the greatest years of sneakers ever. After taking a look at Shaquille O’Neal’s iconic Reebok Shaqnosis last month, we couldn’t forget the Diesel’s partner in crime with the Orlando Magic, Penny Hardaway. Of course, no retrospective of sneakers from the ‘90s could be complete without Penny’s signature models—especially one focused on 1996 when he wore the Nike Air Penny 1 for the ‘95-96 NBA season and the Air Penny 2 for the ‘96-97 season. Since we already took a look at the Penny 1 last year in Flashback to ‘95, today we’ll recap the history of the Air Penny 2, his second signature model that many regard to be the best of his acclaimed line. And yes, don’t worry, Lil’ Penny will be making an appearance. 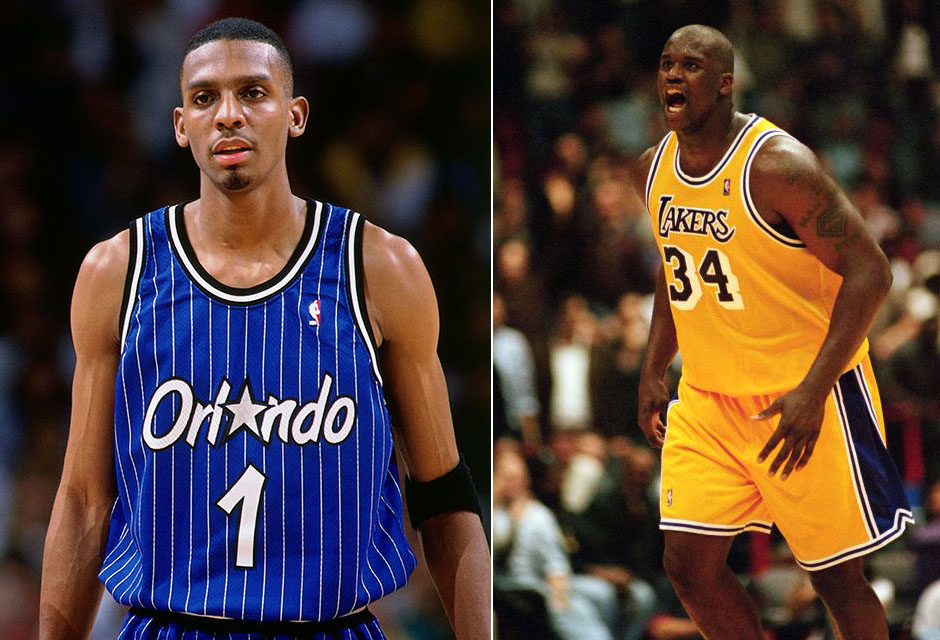 We mentioned Shaq in the intro above, but by the time the 1996-97 NBA Season began he was actually long-gone from Orlando, after signing a lucrative deal in the off-season with the Los Angeles Lakers. The Magic were now officially Penny’s team, and he was the undisputed face of the franchise. This meant an even bigger superstar status for Penny, who was no doubt already one of the league’s most popular players. It was truly Penny’s time to shine, and the Air Penny 2 was there on his feet in the limelight. 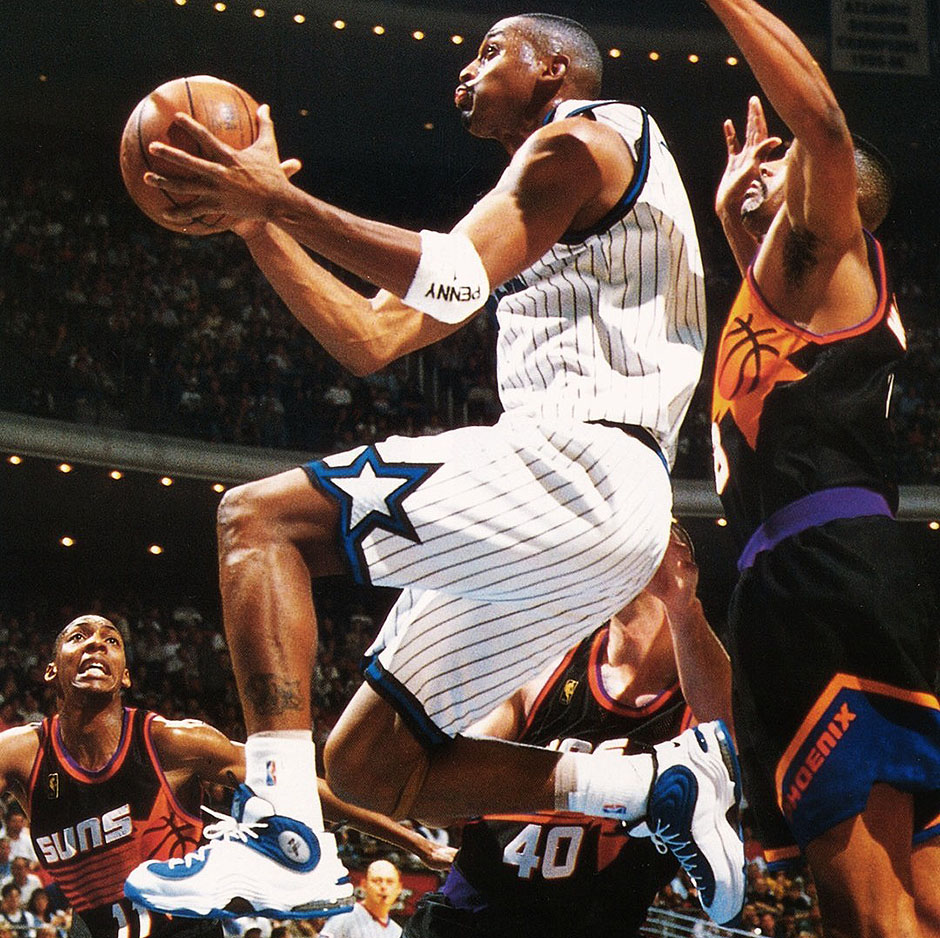 The Nike Air Penny II debuted at retail during the holiday season of 1996, in time to be a shoe that was surely at the top of Christmas lists for many Penny fans. The public didn’t get their chance to lace up the shoe until late in the year, but Mr. Hardaway himself was wearing the Penny 2 from the beginning of the ‘96-97 season as the new leader of the Magic. 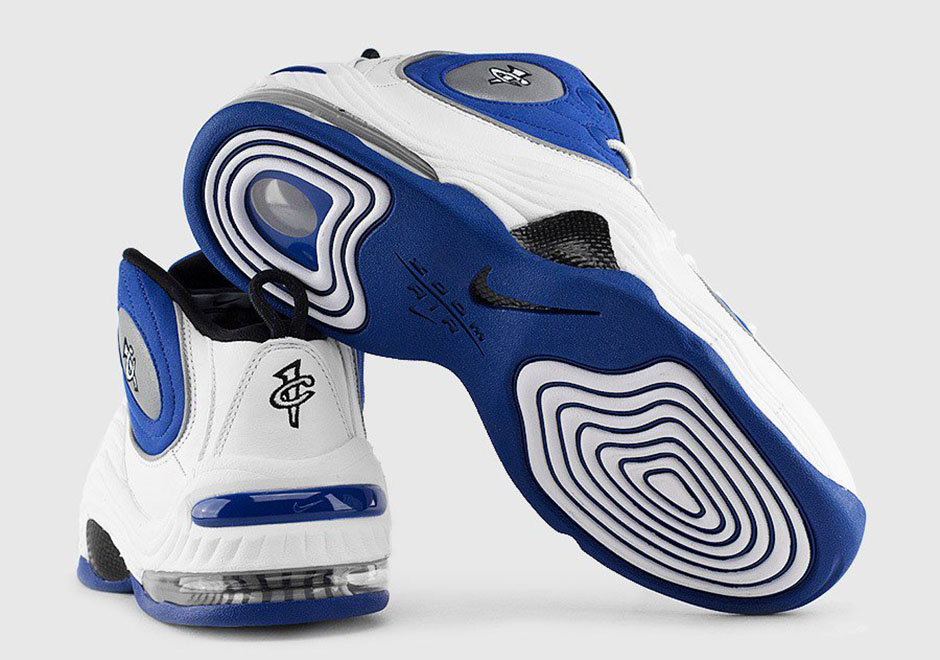 Unforgettable Design With Performance To Match

The Air Penny 2 was at the peak of Nike’s technology for basketball footwear at the time, featuring the best of both worlds cushioning-wise with an Air Max2 unit in the heel and Zoom Air in the forefoot. Up top, the shoe featured an evolution of the Penny 1’s lateral “wings” support, this time with tooth-like foam pieces jutting up from the carbon fiber midfoot shank. Designer Eric Avar, who also designed the Penny 1, flawlessly continued the evolution of Hardaway’s signature line with the Penny 2 as a seamless progression from the first model. The pleasing aesthetics and high performance design built for Penny’s explosive and versatile game is not only arguably his best signature shoe, but one of the best basketball shoes of all of the ‘90s. 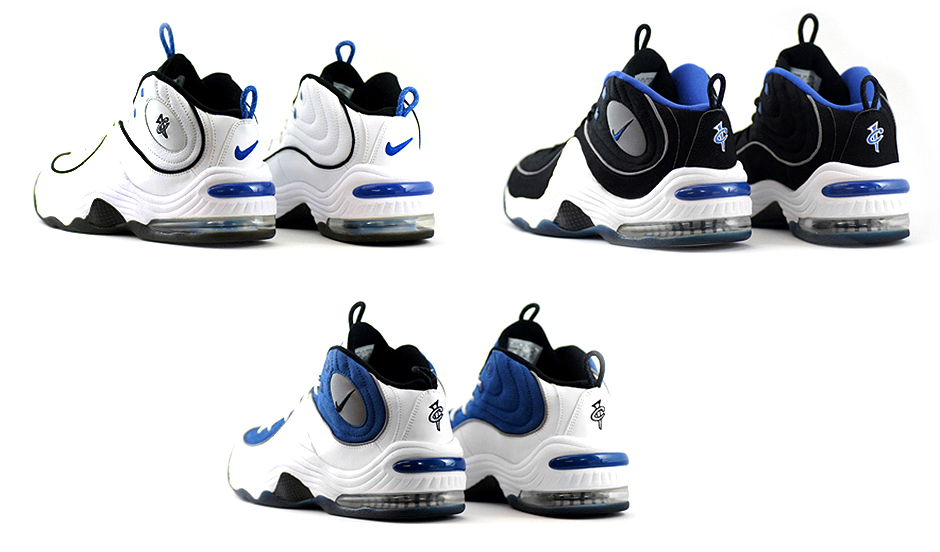 The Air Penny 2 released in only three original colorways, all with variations of the Orlando Magic color scheme of royal blue, white, and black. The three looks included a predominantly white “home” colorway, a black “road” colorway, and the “Atlantic Blue” version in royal and white. The biggest fans of the Air Penny line will also be familiar with the sample version of the Atlantic Blue colorway with a white outsole (instead of translucent blue), which even made it into the pages of Eastbay. 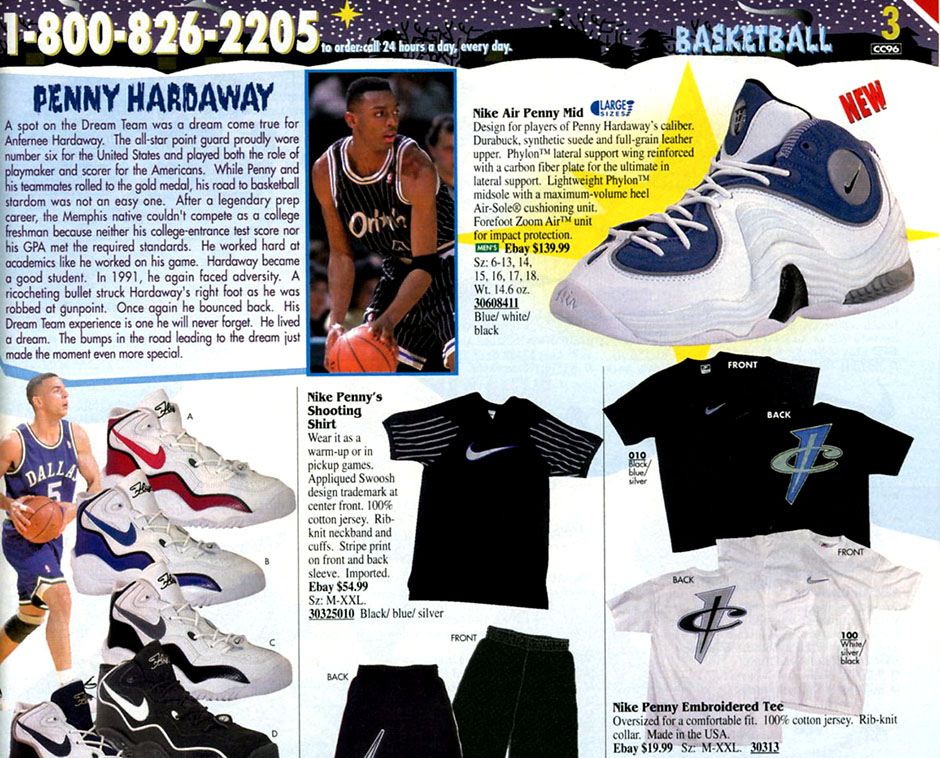 Lil’ Penny Back At It Again

After making his first appearance in the ad campaign of the Air Penny 1, Lil’ Penny was back again to help promote the Air Penny 2. The popularity of Penny’s pint-sized alter ego voiced by Chris Rock grew even further as more and more commercials were released—like the two you can watch here. 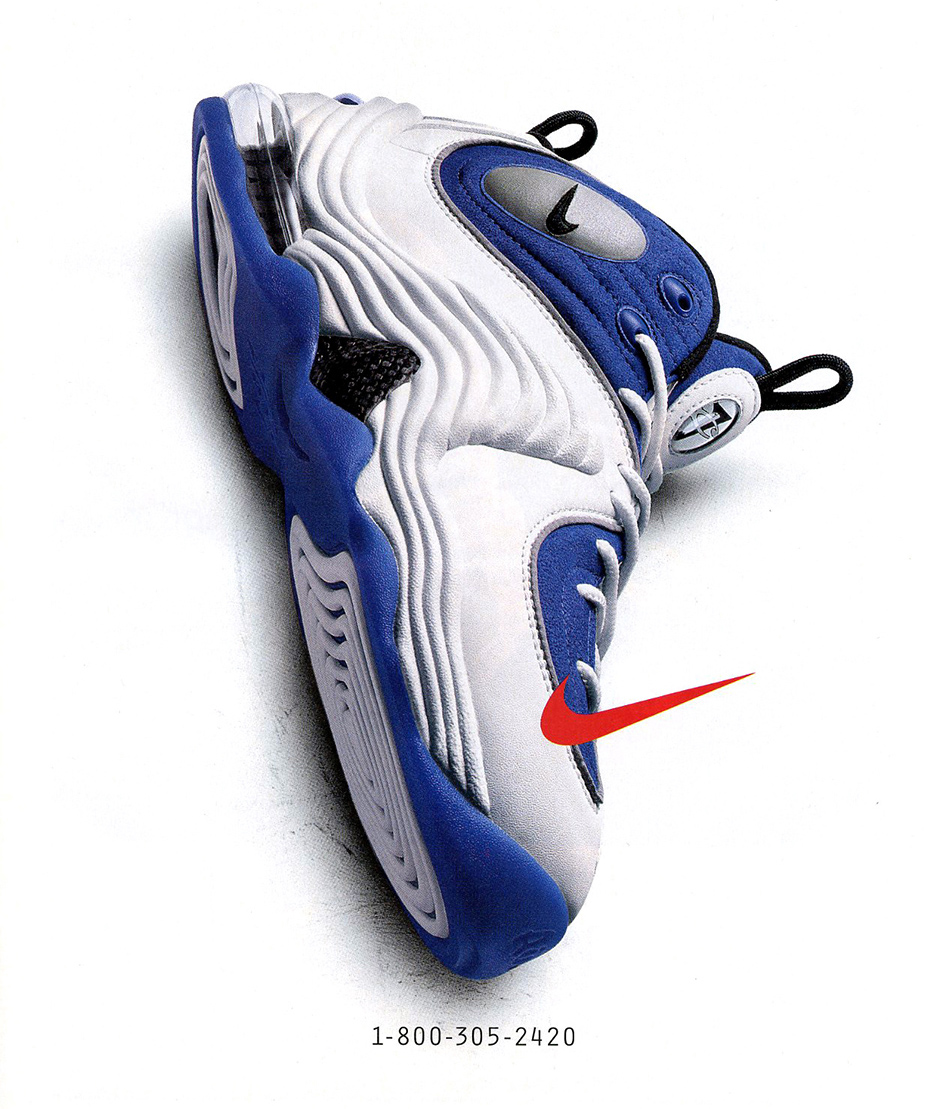 The Air Penny 2 was among the many shoes that appeared in the famous “phone number” series of print ads, seen here in all its glory. 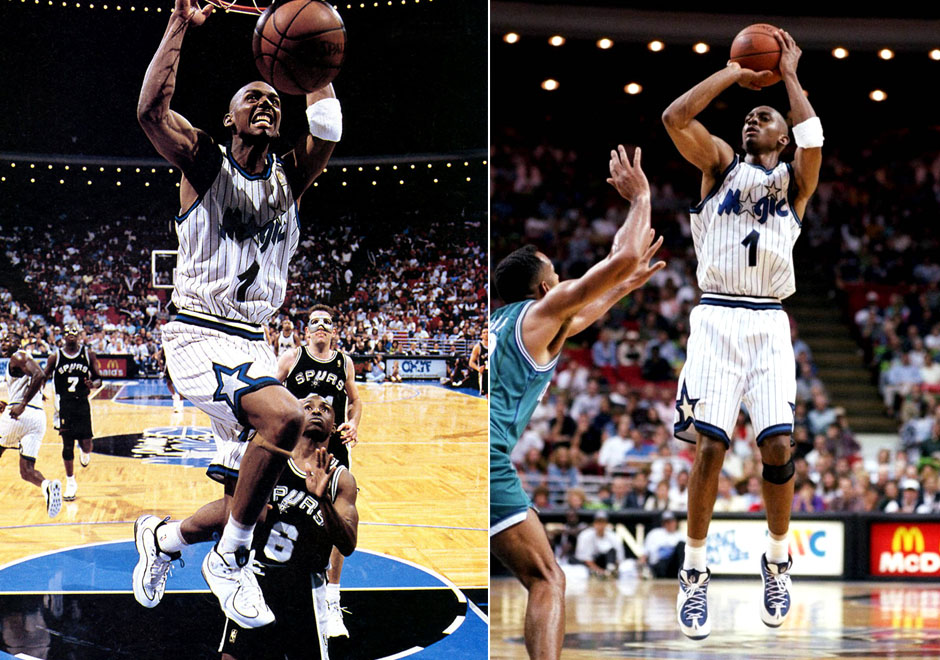 On the Court In Action

We’ll end this edition of Flashback to ‘96 with a few vintage shots of Penny in action on the court wearing the Air Penny 2, along with Lil’ Penny rocking his own size of the celebrated signature shoe. 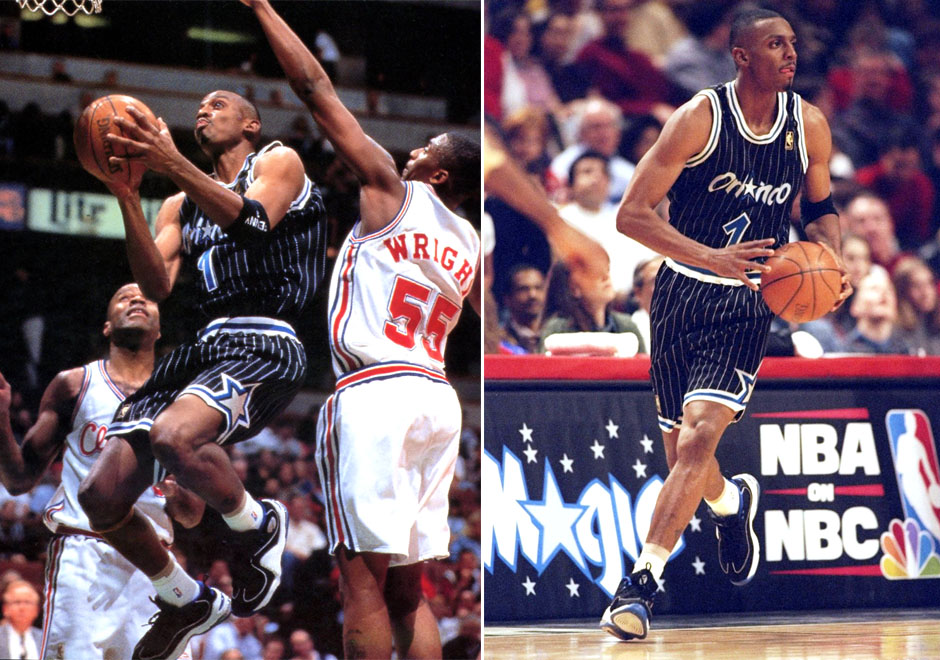 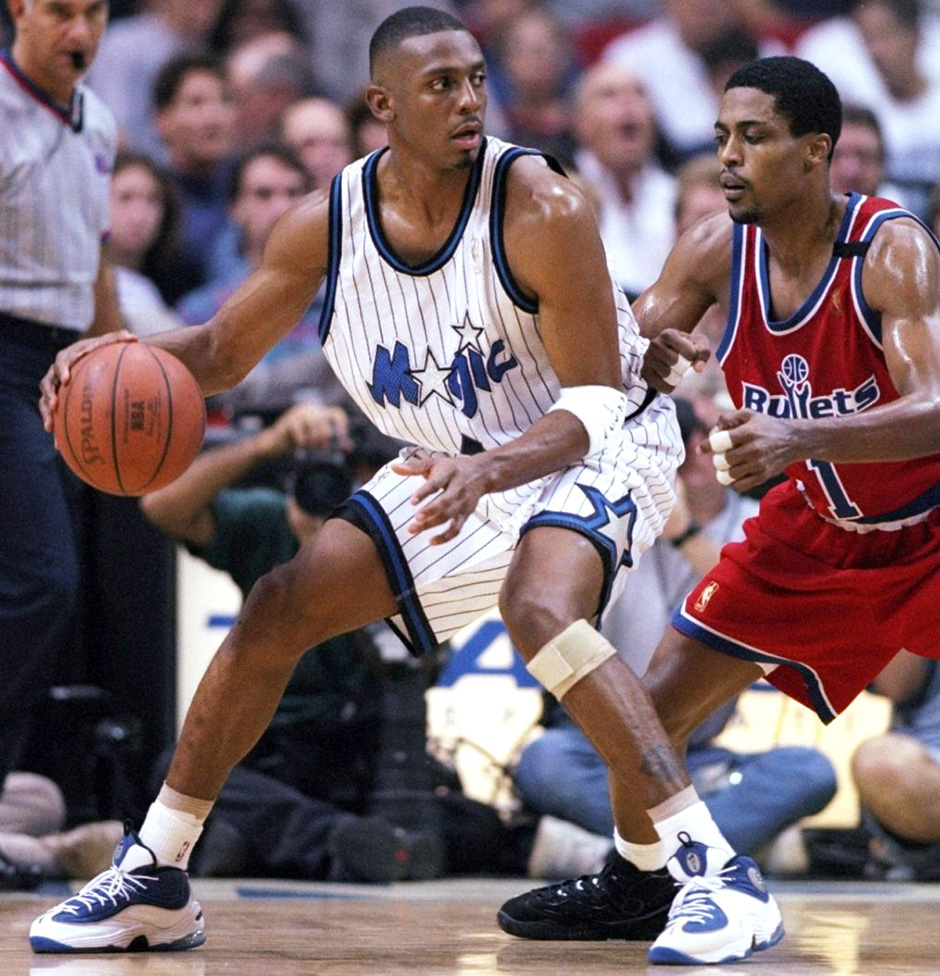 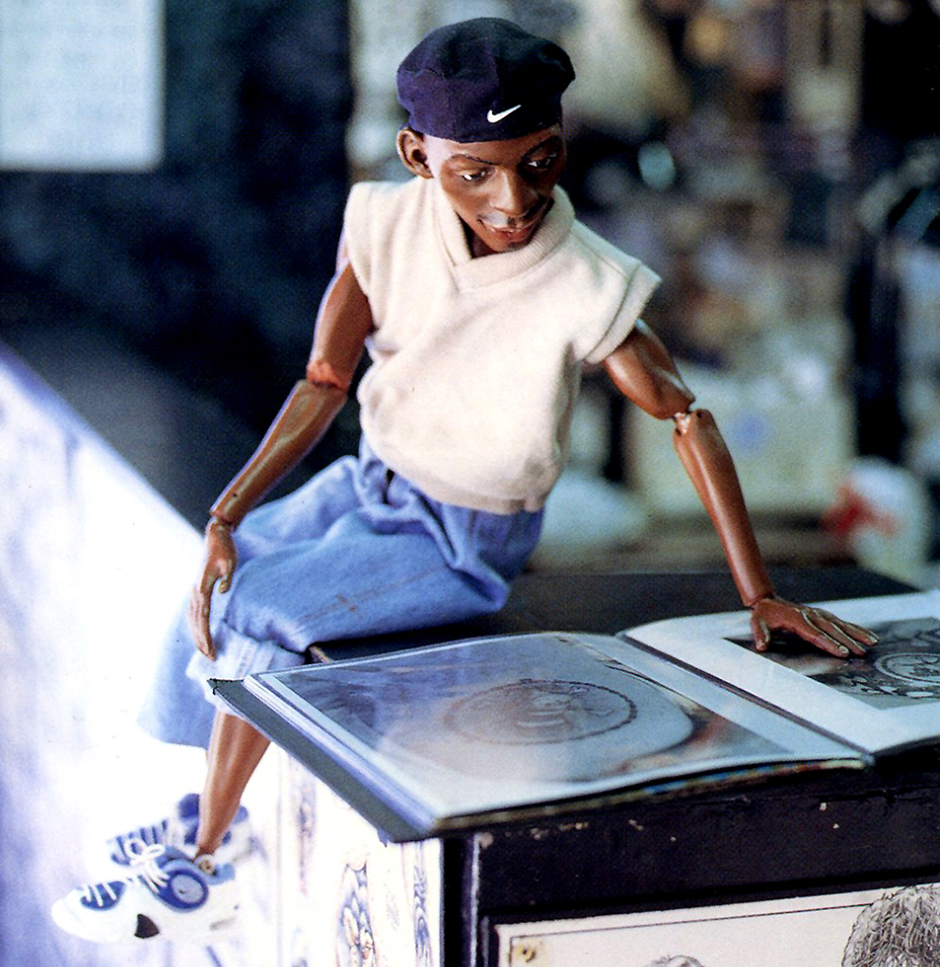 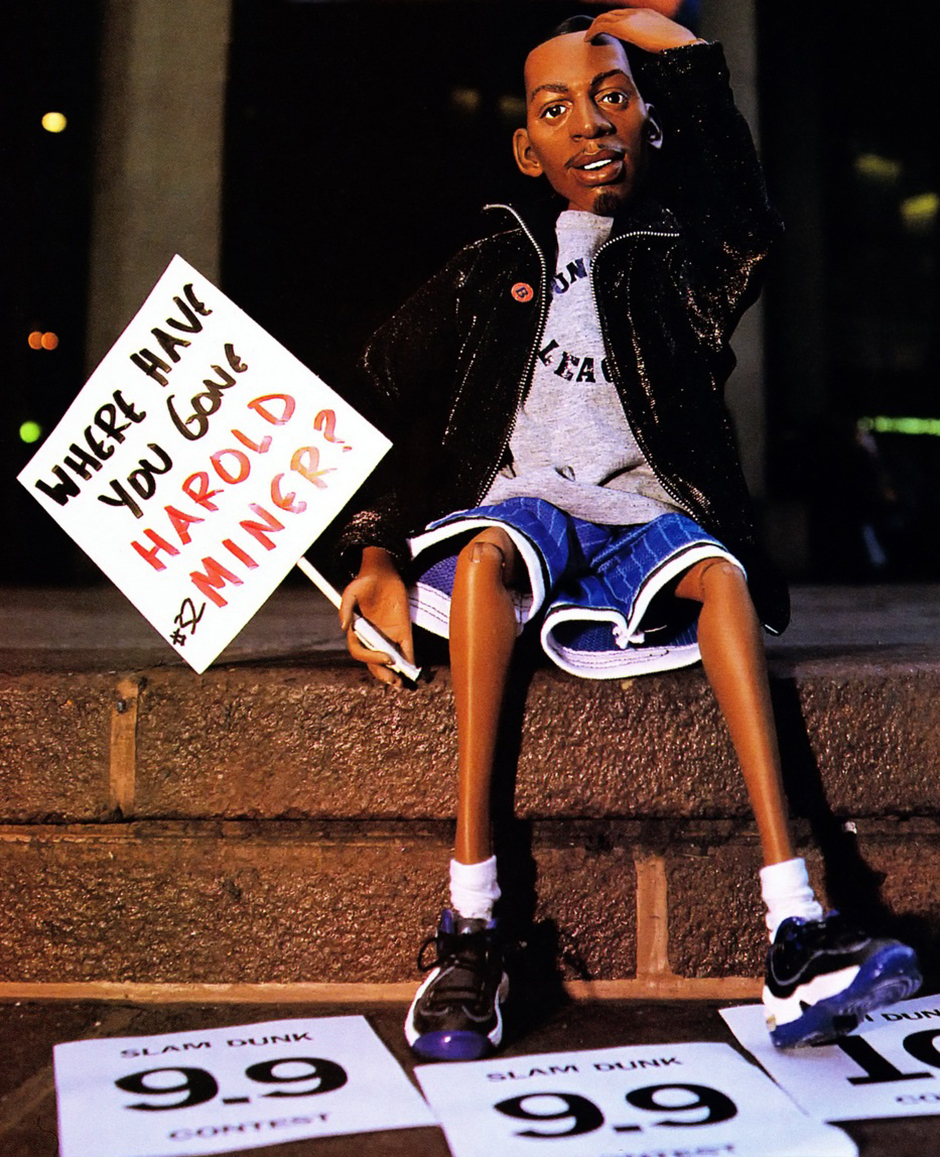