New Balance, as we know it, reached new heights in 1982 and never looked back. The debut of the 990 was when the brand gained its identity as a powerhouse in running shoes, with Terry Heckler’s original brand logo greatly contributed to their bold re-entry. With the large and slanted N in place, the next step was to be as disruptive as possible, and the newly designed 990 was the shoe to carry that weight. There are some strong implications behind pricing a shoe higher than any of its competitors, but New Balance lived up to the hype. The shoe caught fire in the market, and beyond the running track it became a status symbol of sorts.

There is no debating the breadth of its appeal. All seven iterations of the 990 series have been adopted by all types of cultural circles, from the selective individuals of the DMV region to figureheads of revolutionary tech companies that have altered history. And while there are indeed seven models to choose from, the smooth grey color scheme continues to be the anchor for the legacy and a trademark of the brand.

As New Balance gears up for the release of the 990v4 “1982” this Saturday, let’s take a quick look into the evolution of the New Balance 990, from its starting point in 1982 to present day. 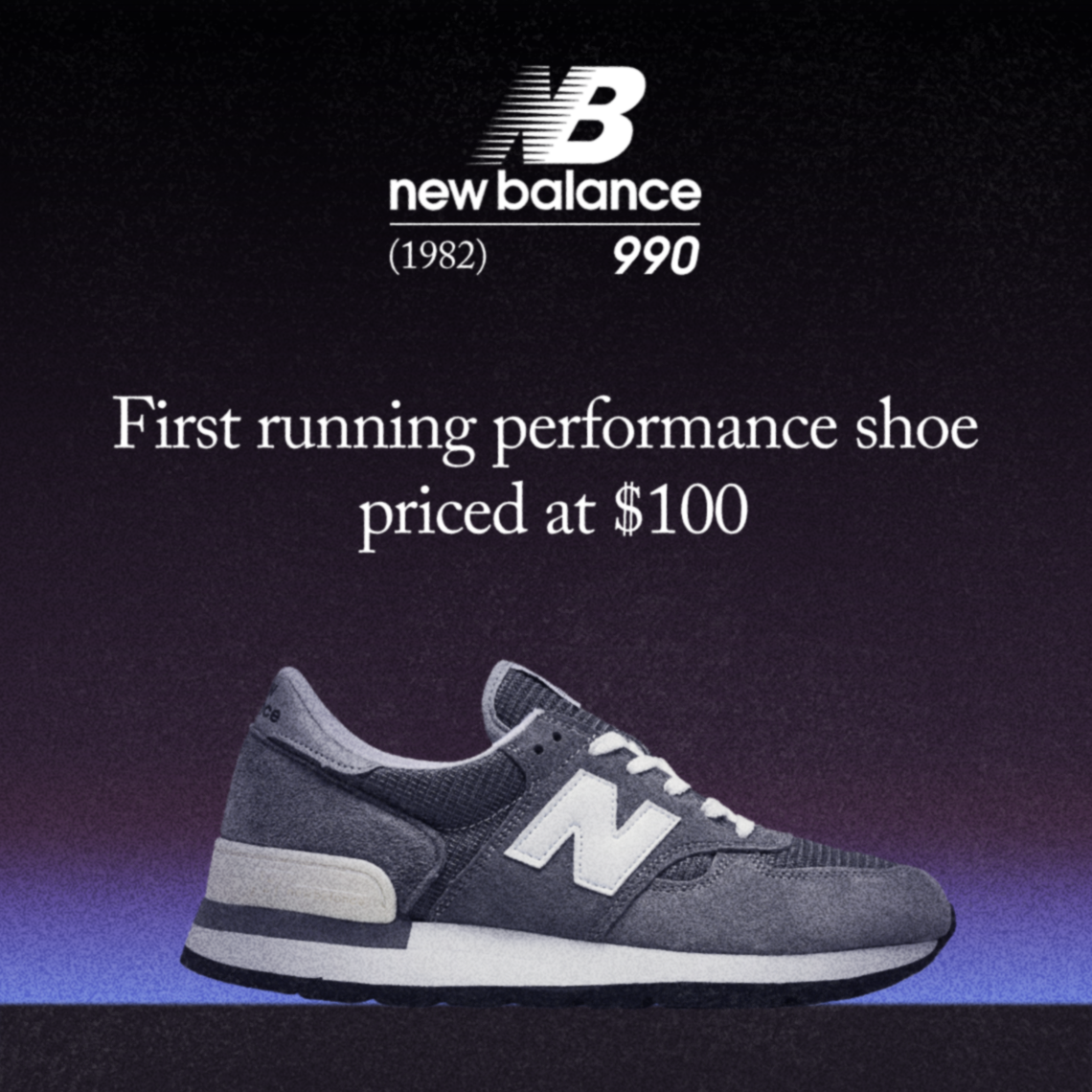 Like all legacies do, this particular saga began in 1982 with the debut of the New Balance 990. Developed from four years of research and design, the 990 broke ground with an unprecedented $100 price-tag and a disruptive grey-dominant colorway. The majority of product in the competitive running shoe realm were tied to bright neons, so NB chose to stand out by simply cleansing the palate. 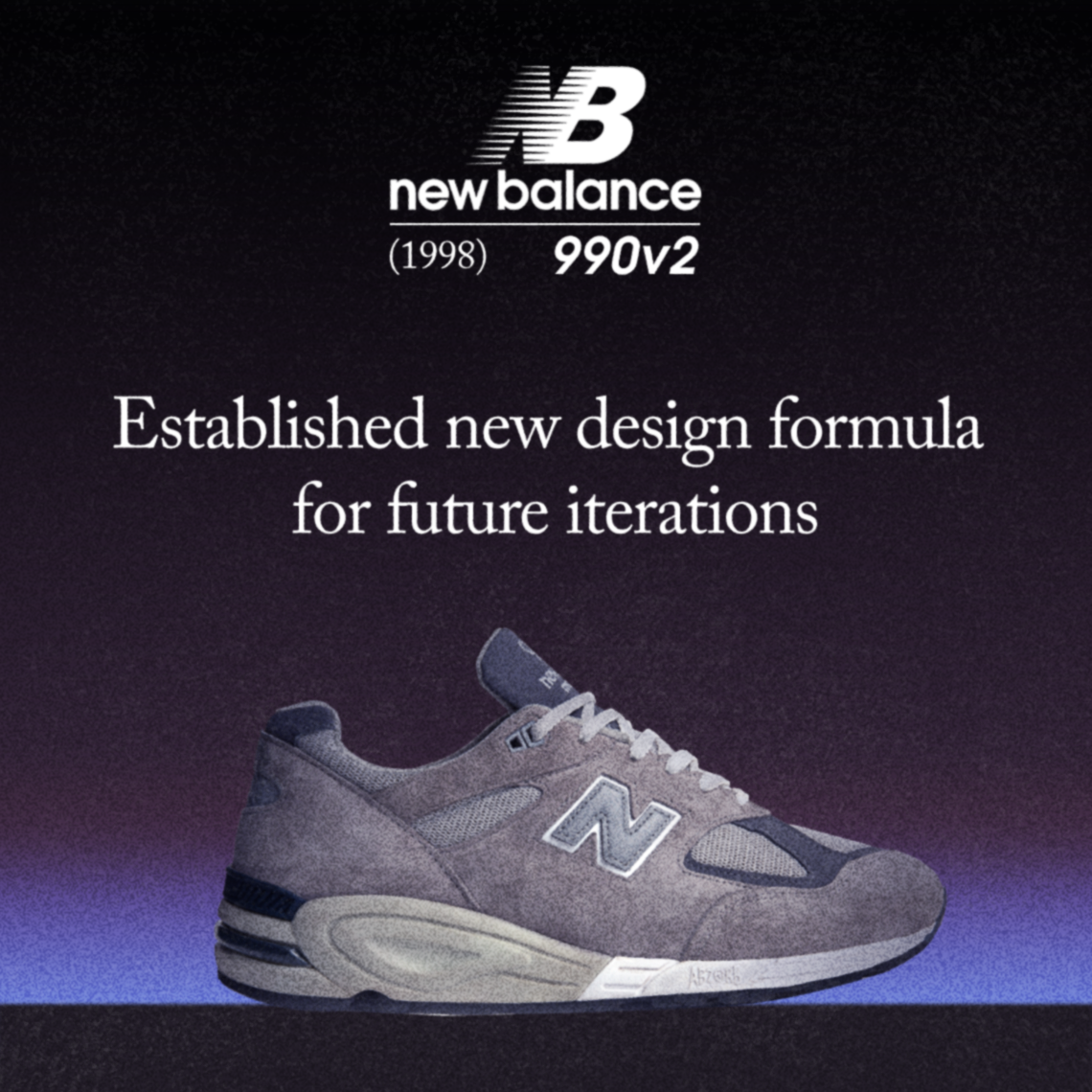 Some evolutionary steps are longer than others. Sixteen years after the debut of the 990, New Balance introduced an evolved version of the original, simply naming it the 990v2, However, the slight variation in name doesn’t tell the full story as the 990v2 introduced some new technology and design formulas that would inform the entire 990 series moving forward. 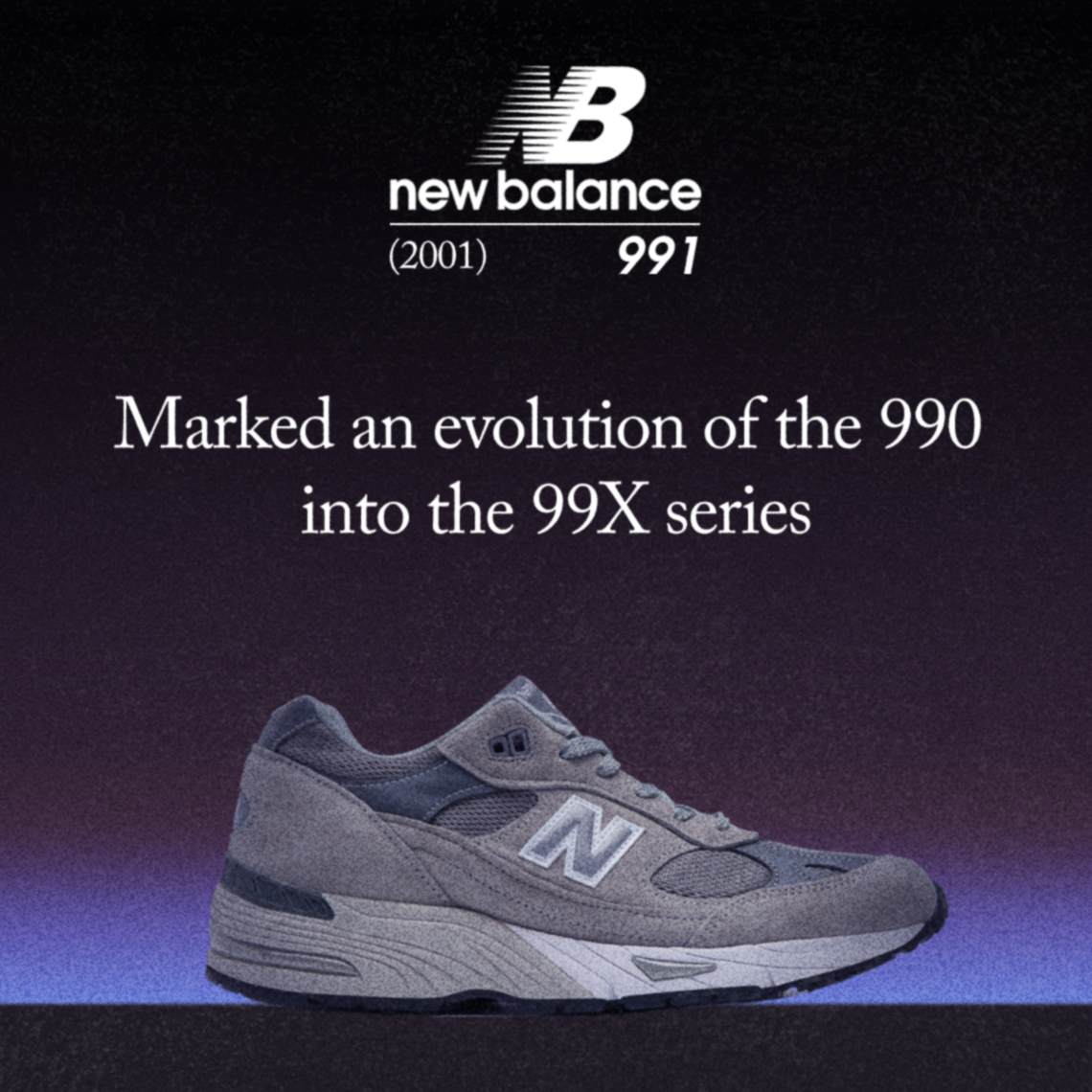 Three years later, New Balance introduced a new naming convention of the 990 by extending it to 990X. The first new model, called the 991, was accentuated by a newly designed midsole that highlighted the Abzorb cushioning, a mainstay in the New Balance’s running performance models. 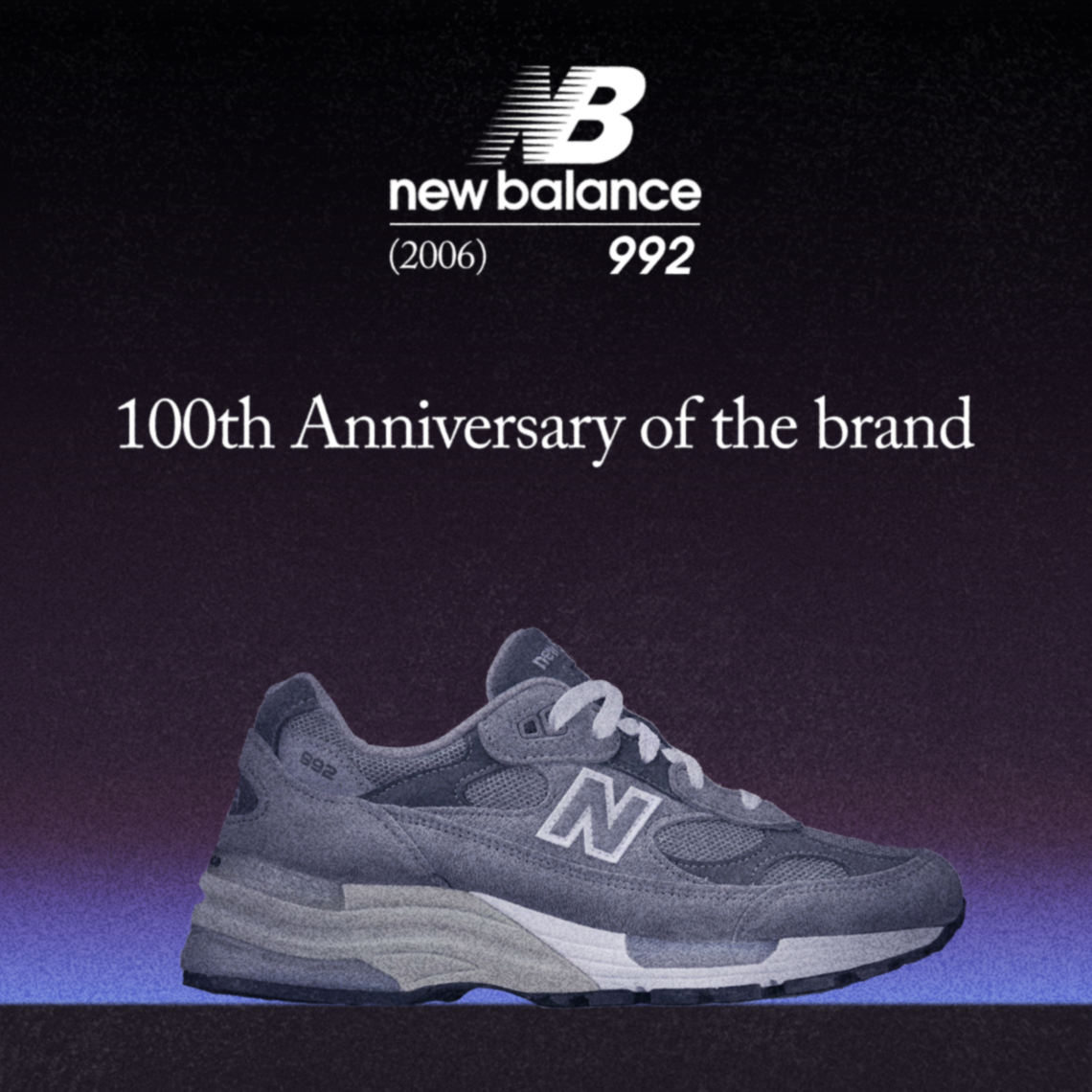 In 2006, New Balance celebrated its 100th Anniversary. In the process, it unveiled the New Balance 992, continuing the evolution of the midsole and outsole design while debuting the Abzorb Stability Insock technology. 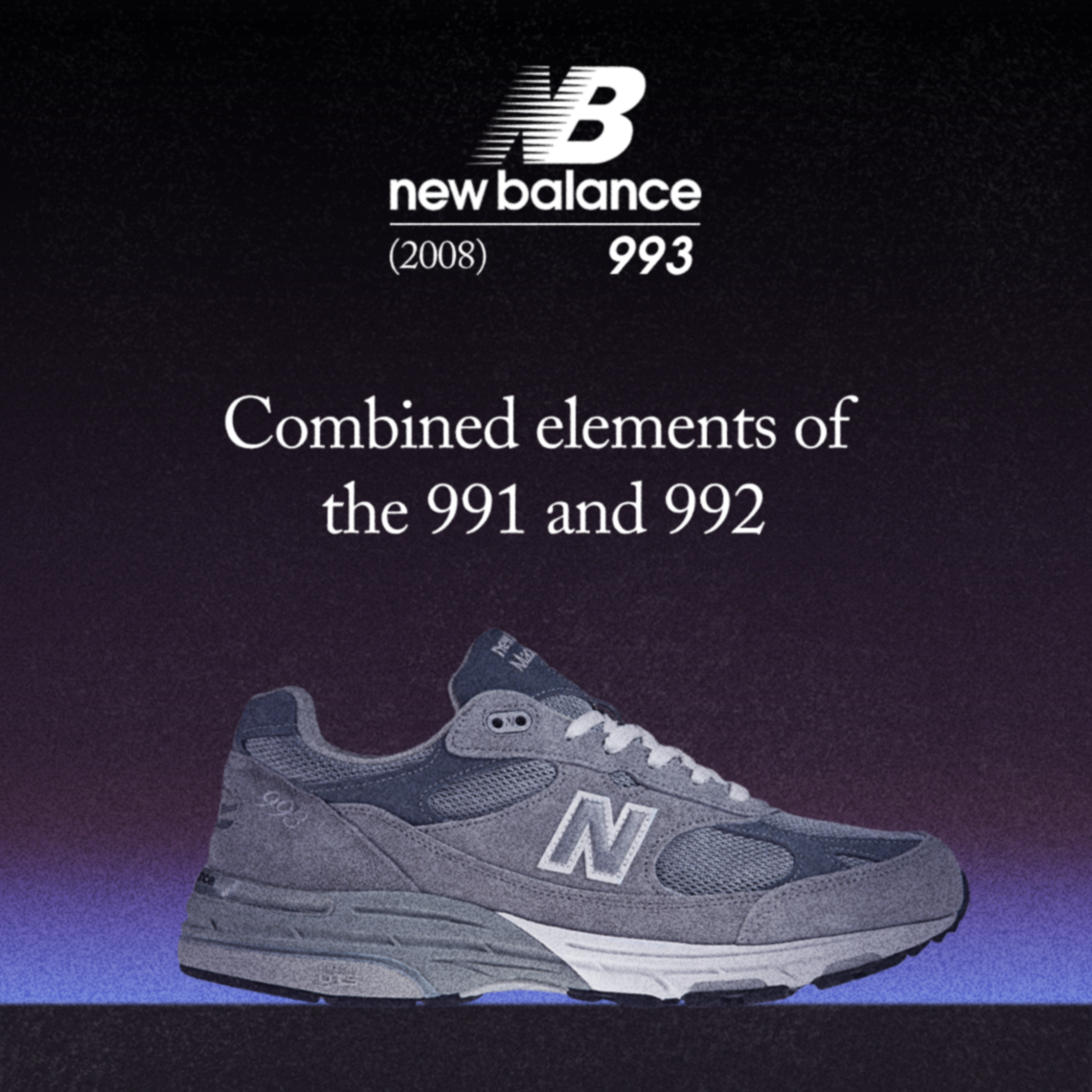 Two years later, New Balance introduced the 993, the final model to utilize the 99X naming convention. It combined elements of the 991 and 992 while infusing improved cushioning elements. To this day, the 993 remains as one of the most popular iterations of the 990 series. 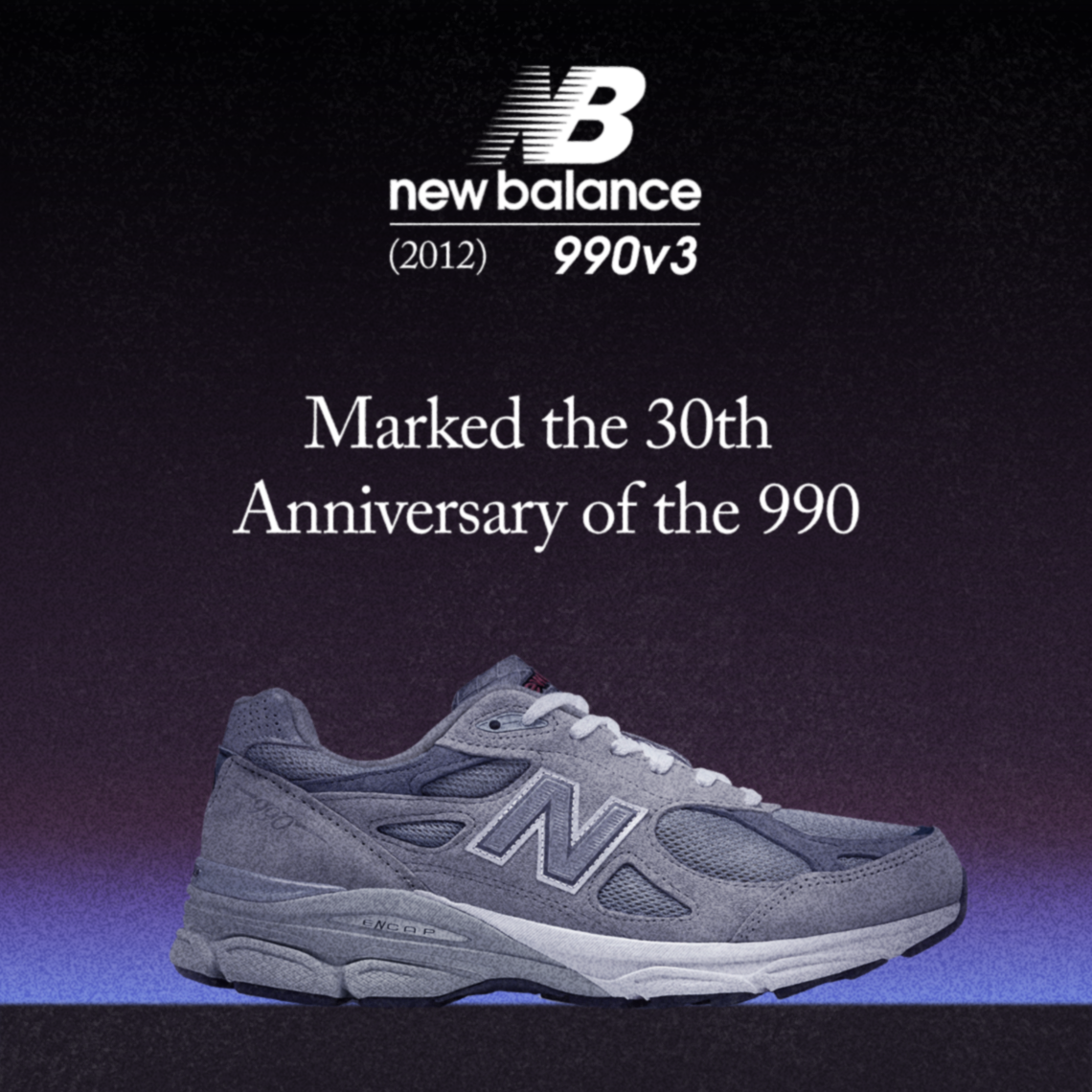 2012 was a marquee year for the 990 as it celebrated its 30th Anniversary. It revisited the 990v series with the 990v3, adding perforated uppers and mesh panels to improve breathability and reduce weight. The running technology from 1998’s 990v2 remained unchanged. 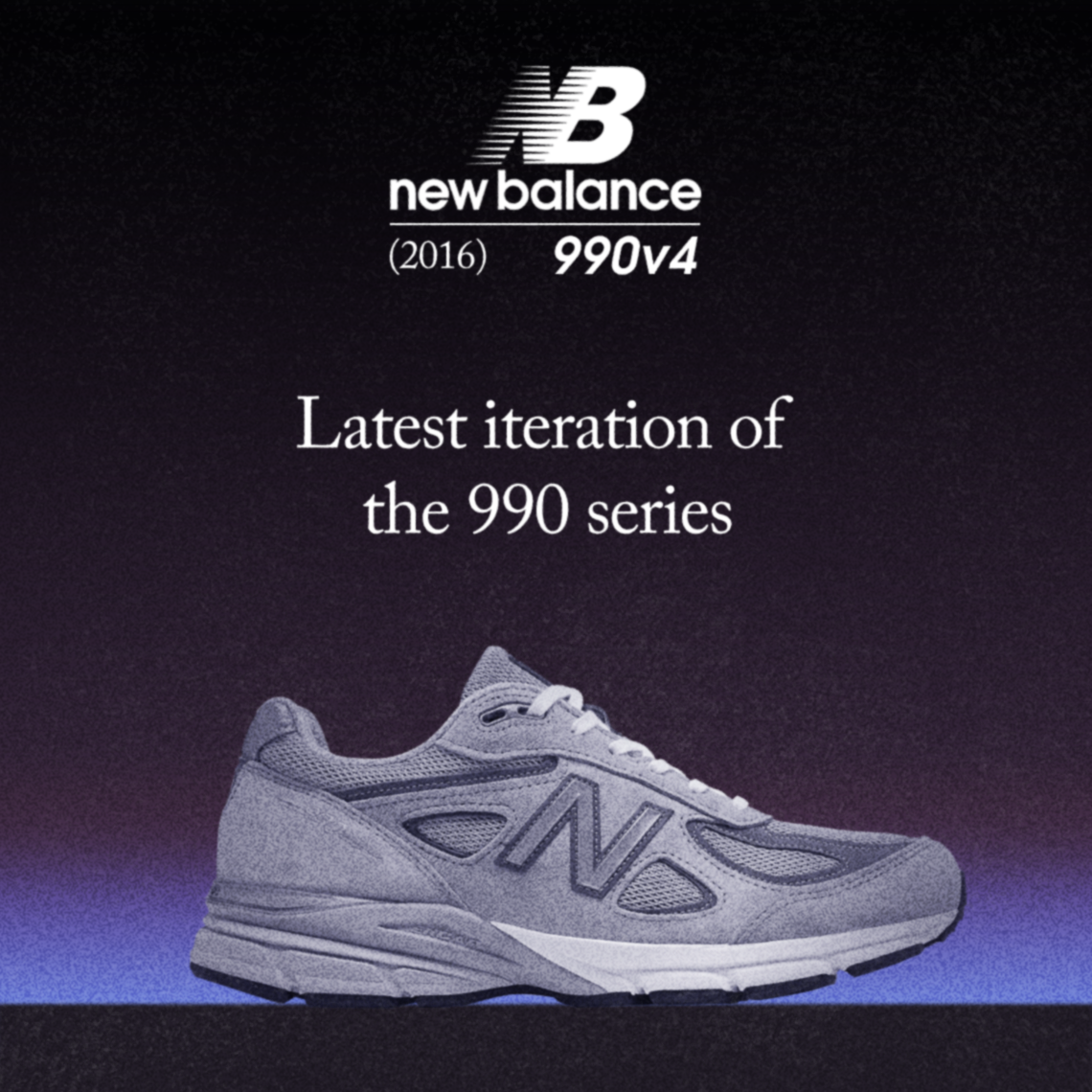 The most recent iteration of 990 came in 2016 with the debut of the 990v4. It introduced a redesigned midsole with improved underfoot comfort, but this model in particular was subject to several collaborations with respect brands and shops. Stussy, DTLR, and YCMC have created some timeless colorways of this popular casual/performance shoe.