What can be said about the importance of the Air Jordan 1 that hasn’t already been written? Probably nothing, which is OK, because we’re not here to talk about the “banned” story, how it’s the reason sneaker culture exists as we know it today, or anything else surrounding the history and lore of Michael Jordan’s first signature shoe. Forget the history lesson for now, because we’re here to talk about the Air Jordan 1 in the present day, in 2018, when, despite its status as one of the most celebrated pieces of footwear of all time, its popularity is bigger than ever.

A full 33 years since Jordan first hit the court in the shoe, the Air Jordan 1 continues to make headlines. In a year when only one original colorway released — the black and grey “Shadow” edition, which, compared to “Chicago,” “Royal,” and “Bred” isn’t even one of the most hyped OG color-ups for the silhouette — the Jordan 1 managed to become the hottest model on the market, instantly selling out in many of its numerous new colorways and collaborations throughout 2018. All this without even any specific marketing initiative from Jordan Brand (like an anniversary campaign) creating buzz throughout the year.

So how did the Air Jordan 1 have its biggest year ever with seemingly no pre-strategized plan of attack? Chalk it up to a combination of some good timing, a response to the sneakerheads not feeling the “dad shoe” and minimalist see-through sneaker trends of the year, and plain and simple, the excellent execution of many of 2018’s releases, from “Pine Green” to “Satin Shattered Backboard.”

It’s been a long year, and the Jordan 1 offerings of 2018 were many, so we’re here to help make sense of all the madness. We’ve broken down the most notable releases of the shoe into three distinct categories we observed among the year’s releases. After seeing it all mapped out below, the reason for the Air Jordan 1 having its biggest year ever will surely be much more clear. 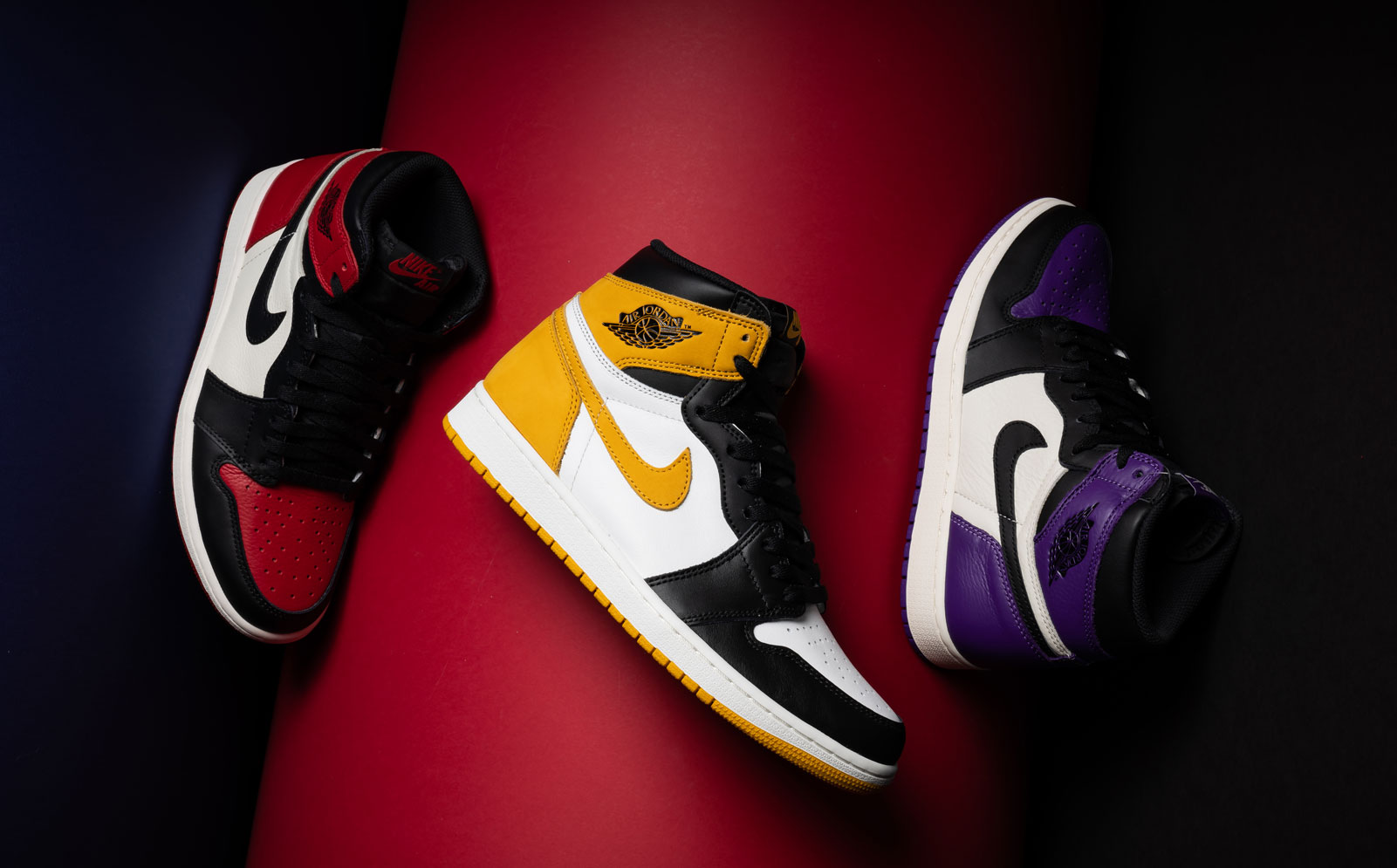 When it comes to the Air Jordan 1, it doesn’t get any better than the original colorways. In 2018 Jordan Brand seemed to realize that if it isn’t broken, don’t fix it, and got the formula for successful new colorways perfected: new hues presented in an OG-inspired block. Take a look at every one of the most hyped Air Jordan 1s this year, from “Pine Green” to the “Not For Resale” pack, and you’ll observe that each is reminiscent of a classic look for the silhouette. It seems that the brand has found the perfect solution to re-releasing the same coveted OG colorways over and over: just release new ones that look almost exactly the same. 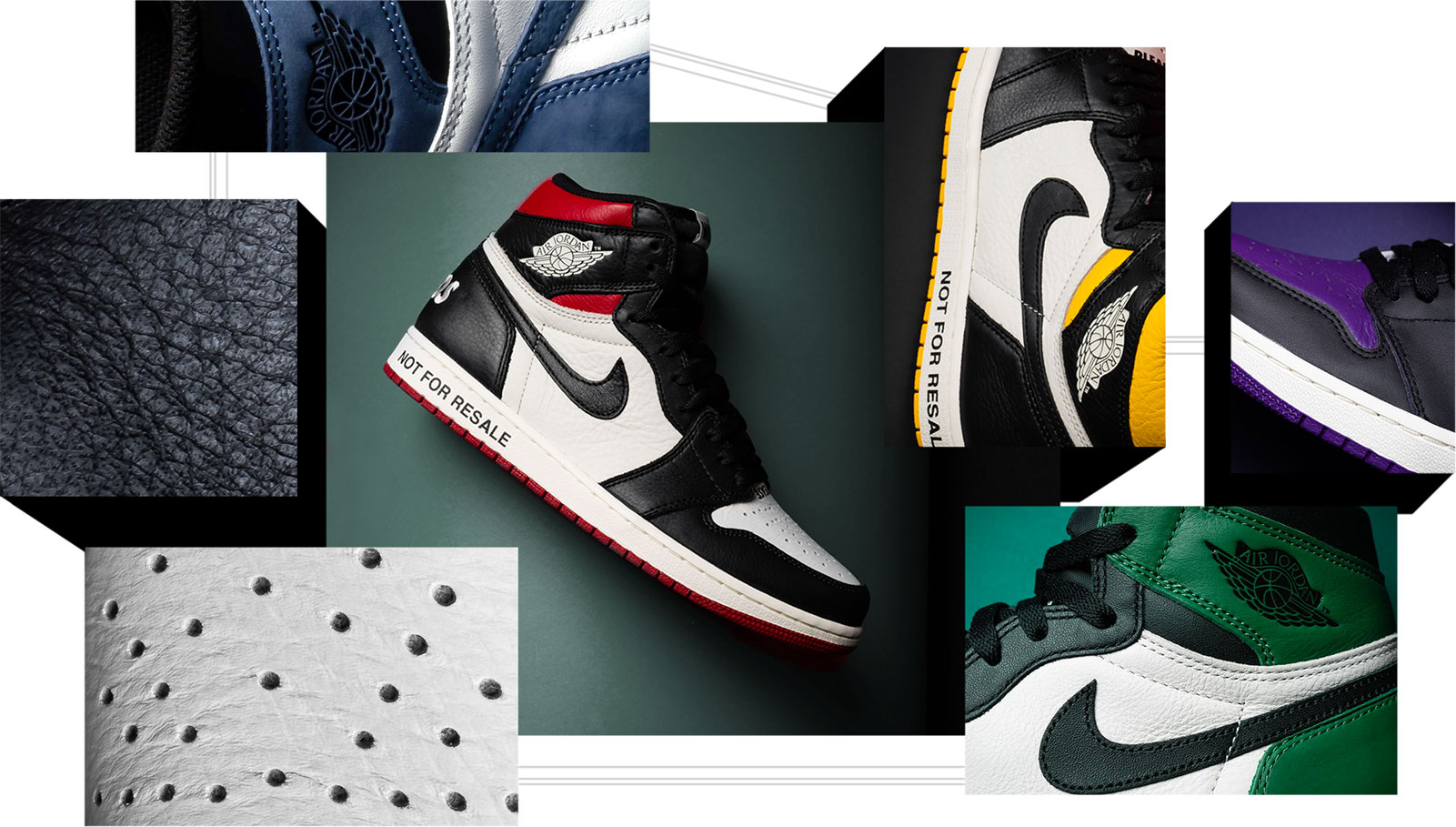 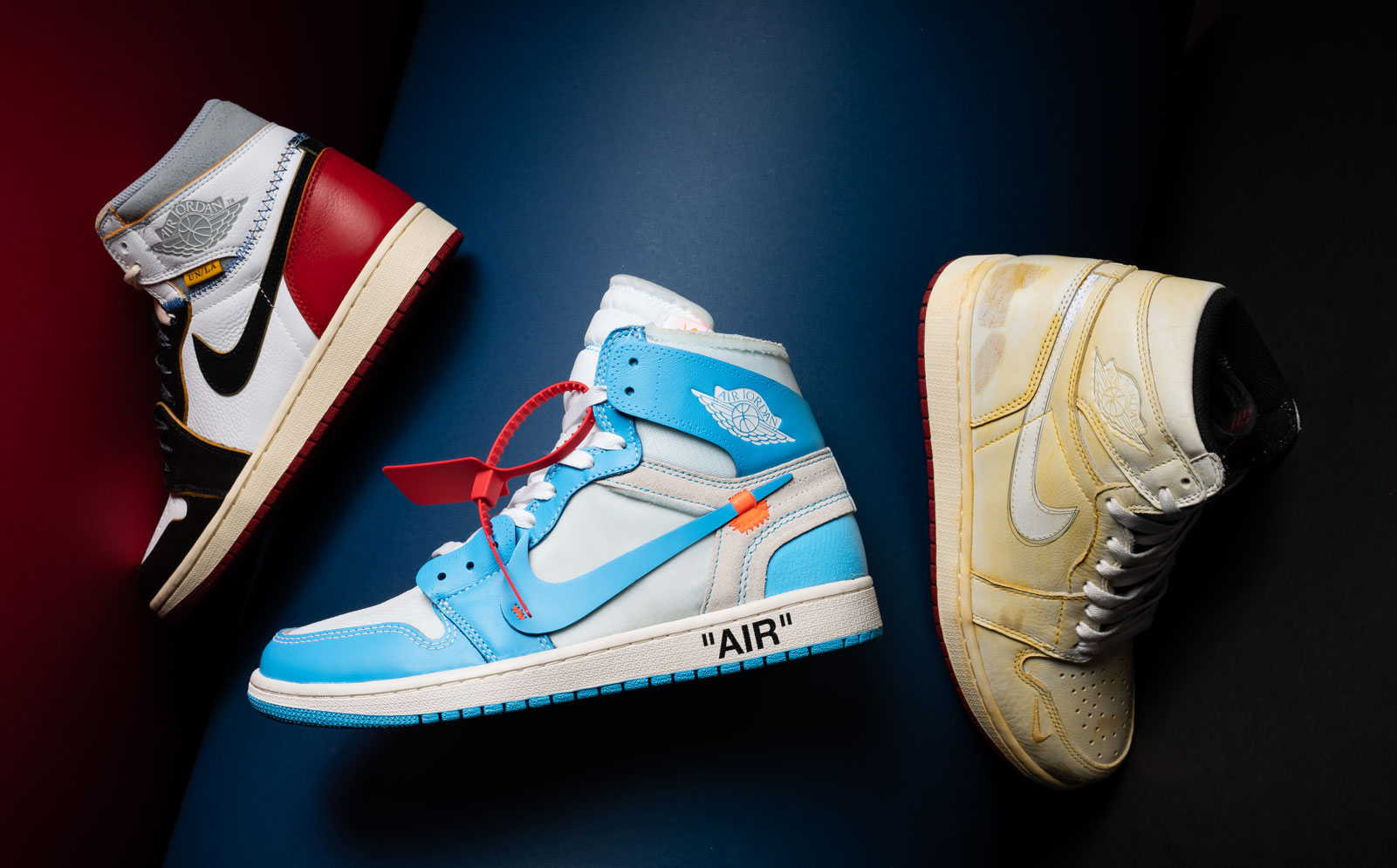 Once upon a time the Air Jordan 1 was the brand’s “untouchable” model, off limits for any would-be collaborators working with the Jumpman. By 2018 things have obviously changed. Dave White and Lance Mountain have both presented thoroughly unique takes on the Air Jordan 1 in the past, but starting with Virgil Abloh and his Air Jordan 1 from “The Ten” collection in 2017, high-profile collaborators have now even been able to deconstruct, scuff up, and chop apart the silhouette into new creations all their own. Few collaborations (of any shoe) this year have been more talked about and sought after than Abloh’s follow-up “White” and “UNC” colorways, Nigel Sylvester’s pre-dirtied and distressed construction, and Union LA’s amazing “chop and sew” pack of the Air Jordan 1. All three fresh new constructions were eaten up by sneaker collectors, and were the cornerstones of the model’s biggest year ever. 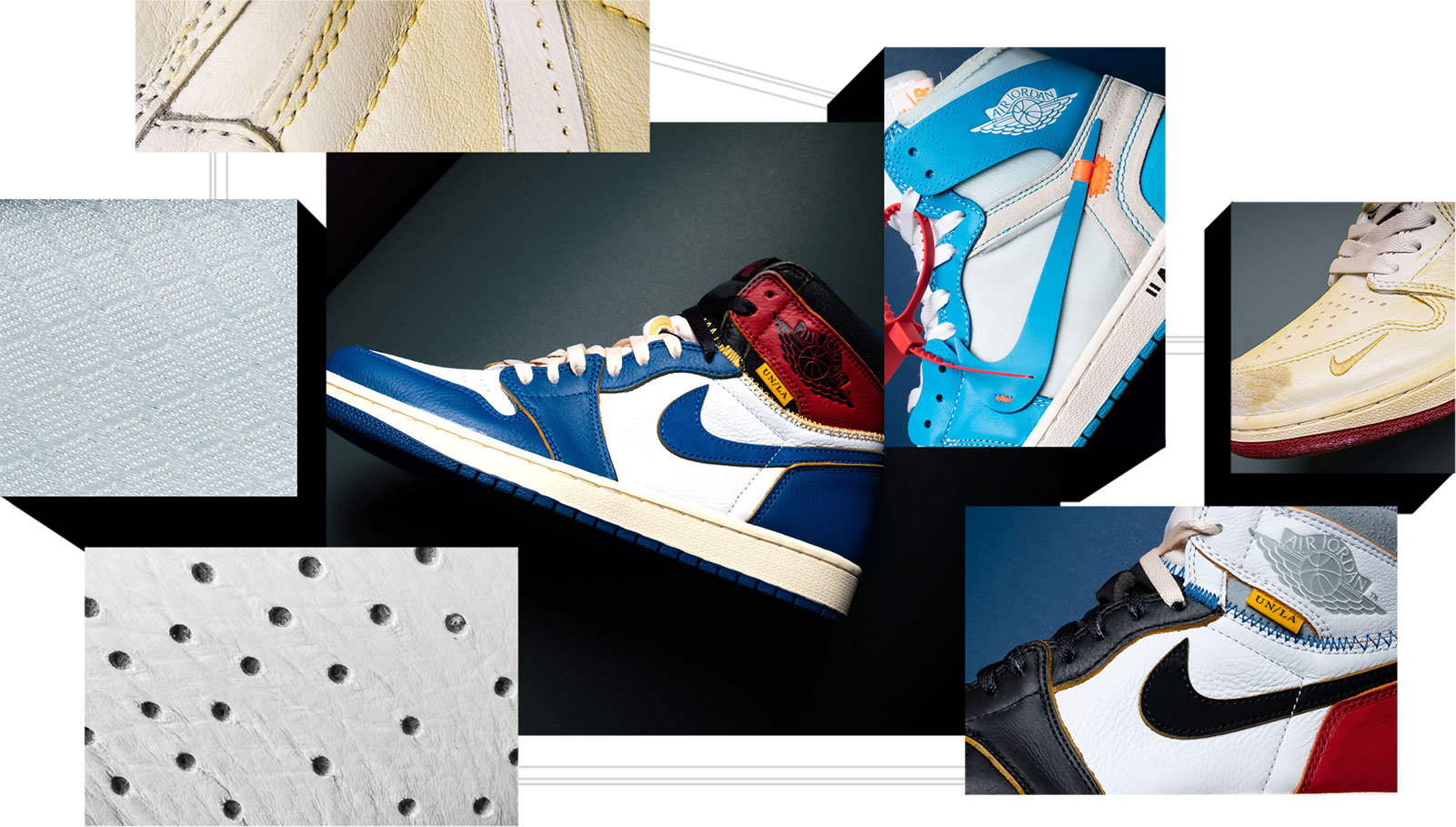 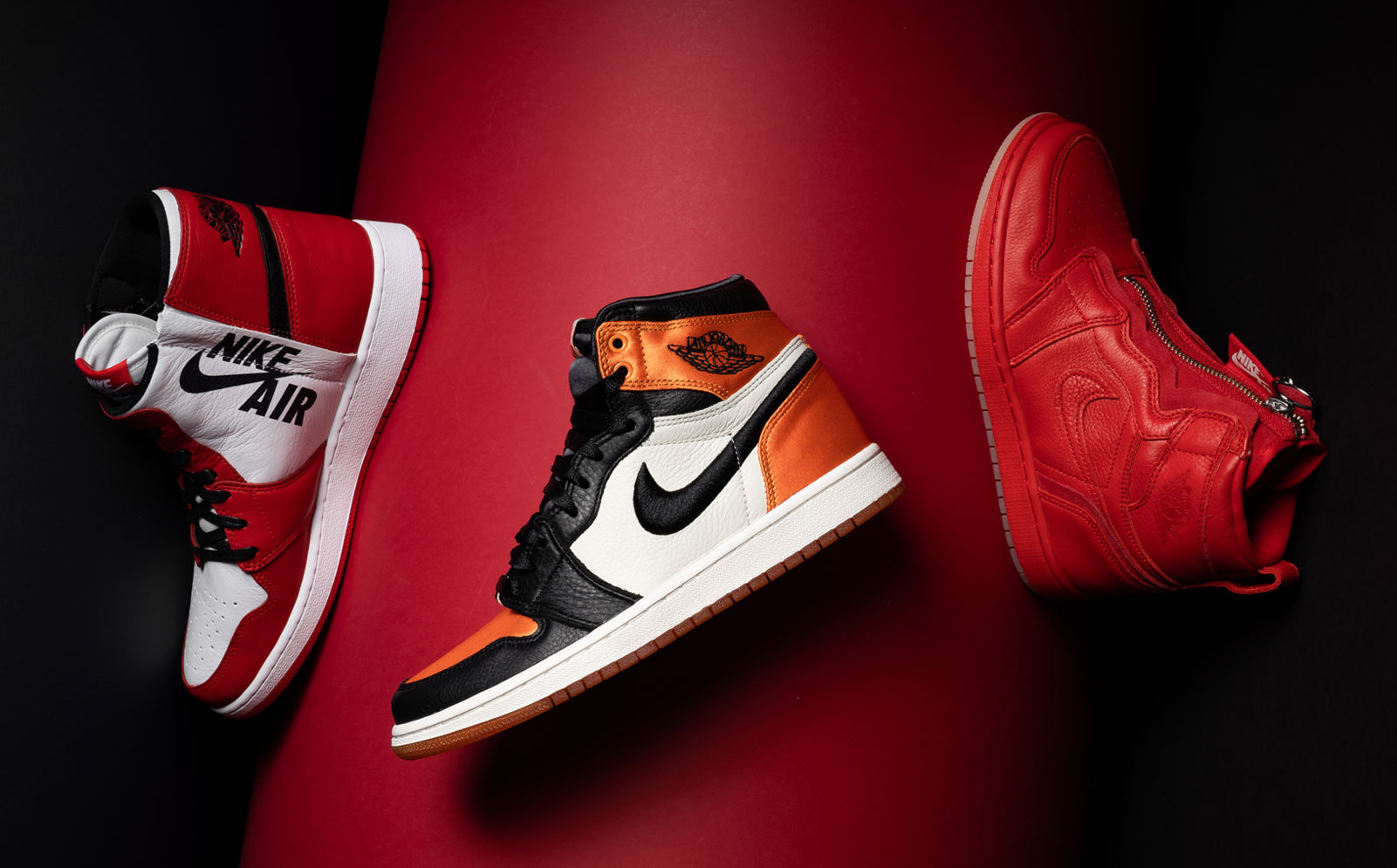 Along with all the impressive men’s colorways released, the Air Jordan 1 also had its biggest year ever for women. Recognizing that the ladies also need top-par releases, Jordan Brand pushed the women’s category for multiple models like never before throughout 2018, and no releases were more notable than those for the Air Jordan 1. In fact, one of the most hyped colorways of the silhouette all year, the “Satin Shattered Backboard,” was exclusively for women. One of the highest profile collaborations from Jordan Brand for the year was also only for the ladies, with the historic Vogue “AWOK” set featuring a luxurious take on the Air Jordan 1 High Zip in striking cream and red leather colorways. Elsewhere, the silhouette got twisted for the unique Rebel XX iteration, which was also designed specifically for women and presented the model with a bold fashion-inspired makeover. With a stronger than ever showing for the shoe for women in 2018, the Air Jordan 1s status as sneaker of the year was strengthened even further. 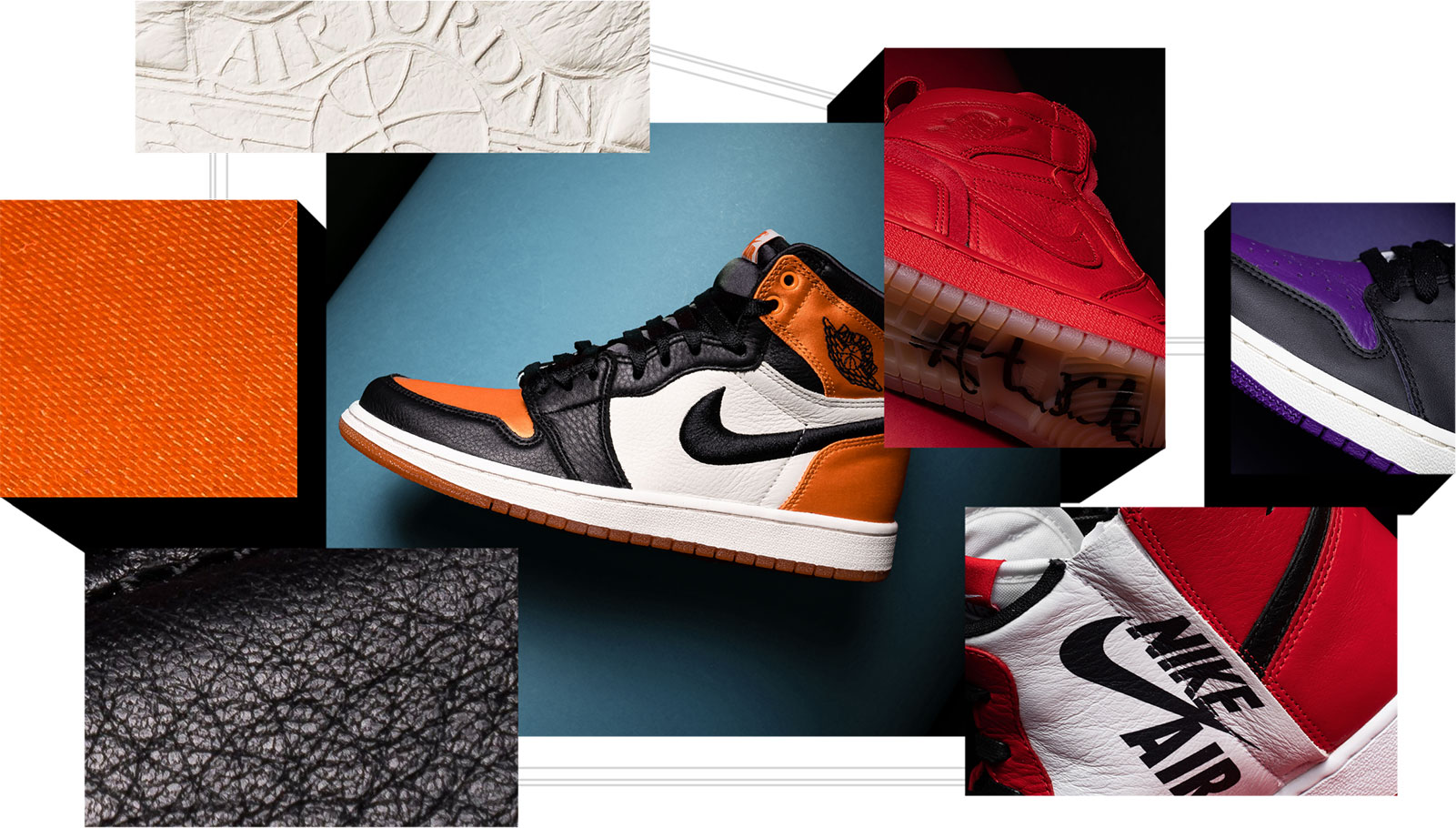