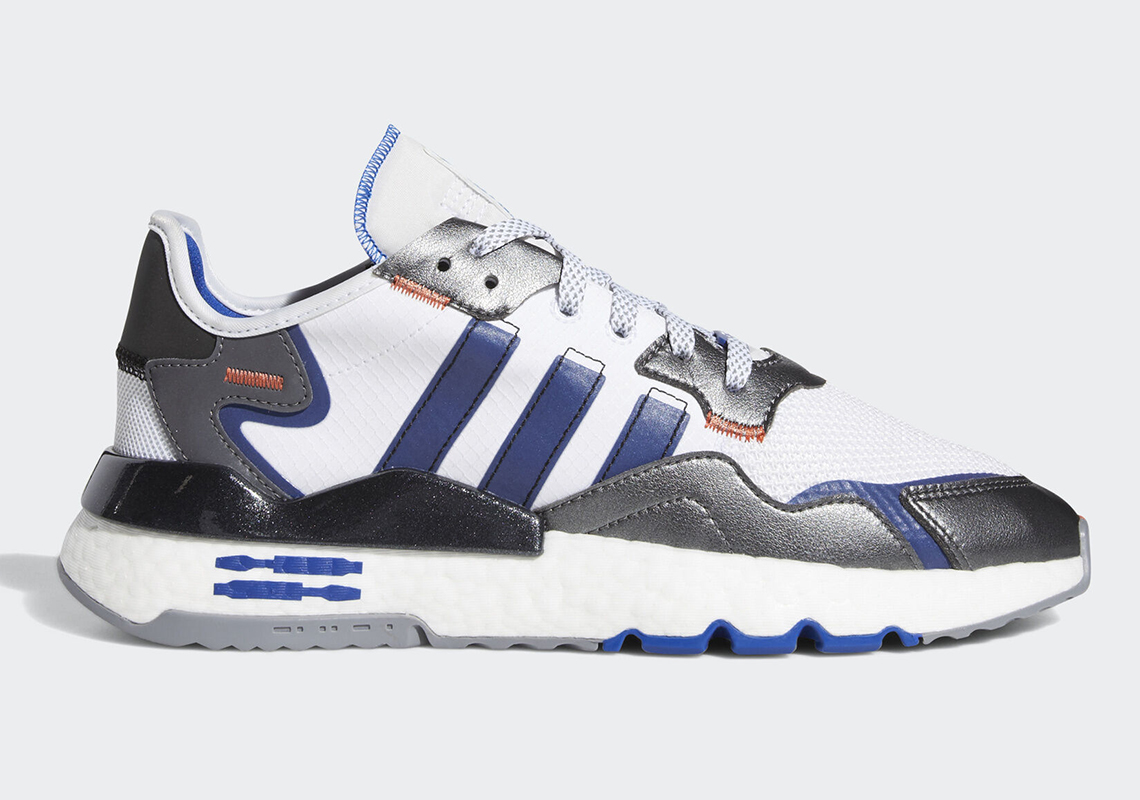 With the last chapter of the iconic Star Wars saga in the The Rise of Skywalker gearing up for its official debut next month, excitement is in the air for the intergalactic universe. And the epic media franchise looks to treat its fans to a full collection of both lifestyle and basketball collaborations with adidas, one of which is this upcoming Nite Jogger iteration that takes on the theme of R2-D2. Designed to mimic everyone’s favorite droid companion down to the tee, this iteration in constructed with a clean white base, and apples his signature deep blue and orange hits dispersed throughout its underlays, midsole, and stitchings. In addition, metallic charcoal hues enrich this rendition’s overlays to imitate the glossy nature of his robotic figure, followed by an outlined portrait of the character himself placed just atop the tongue and Star Wars branded dubraes to round off its design. Take a detailed look at the pair here below, and expect these to release on adidas.com and at select retailers on December 2nd. 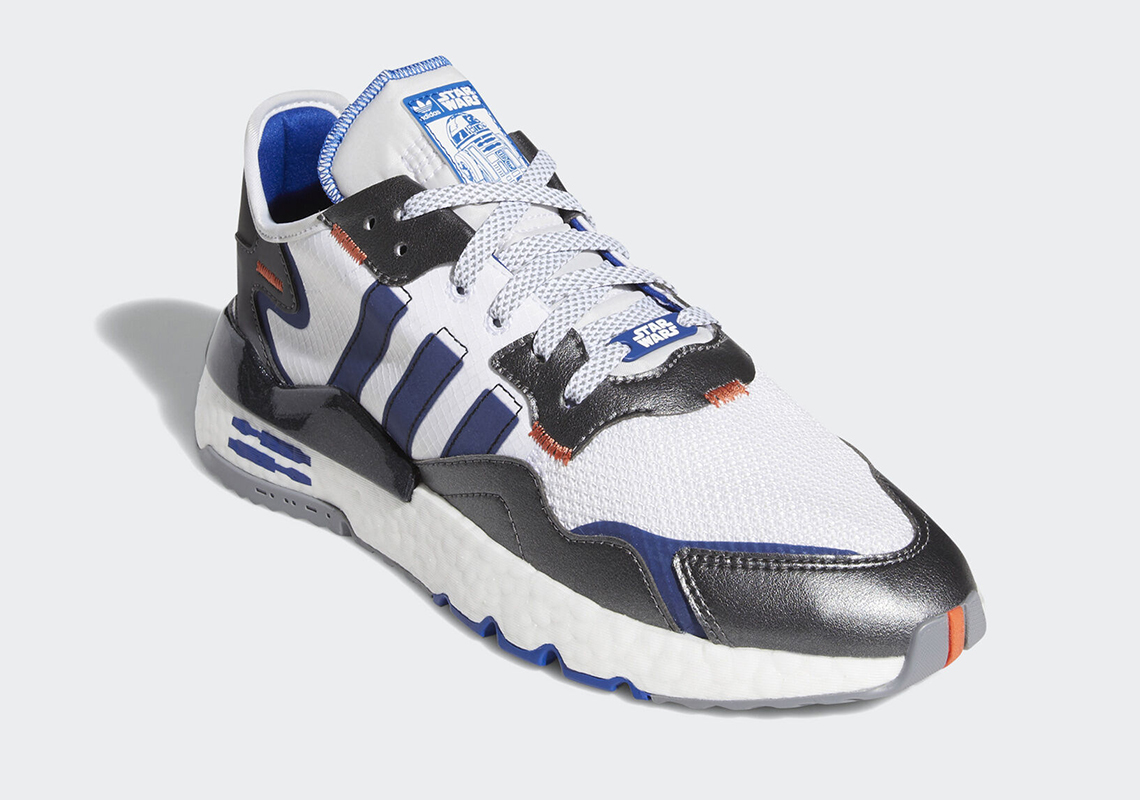 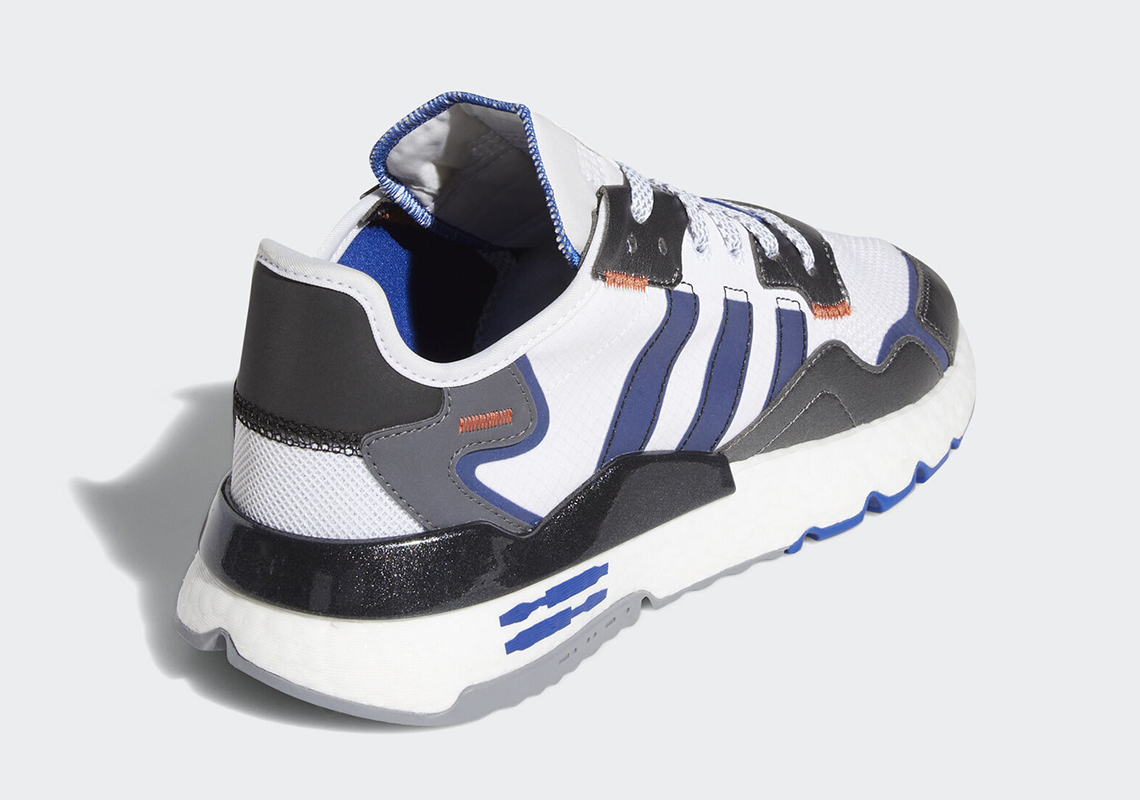 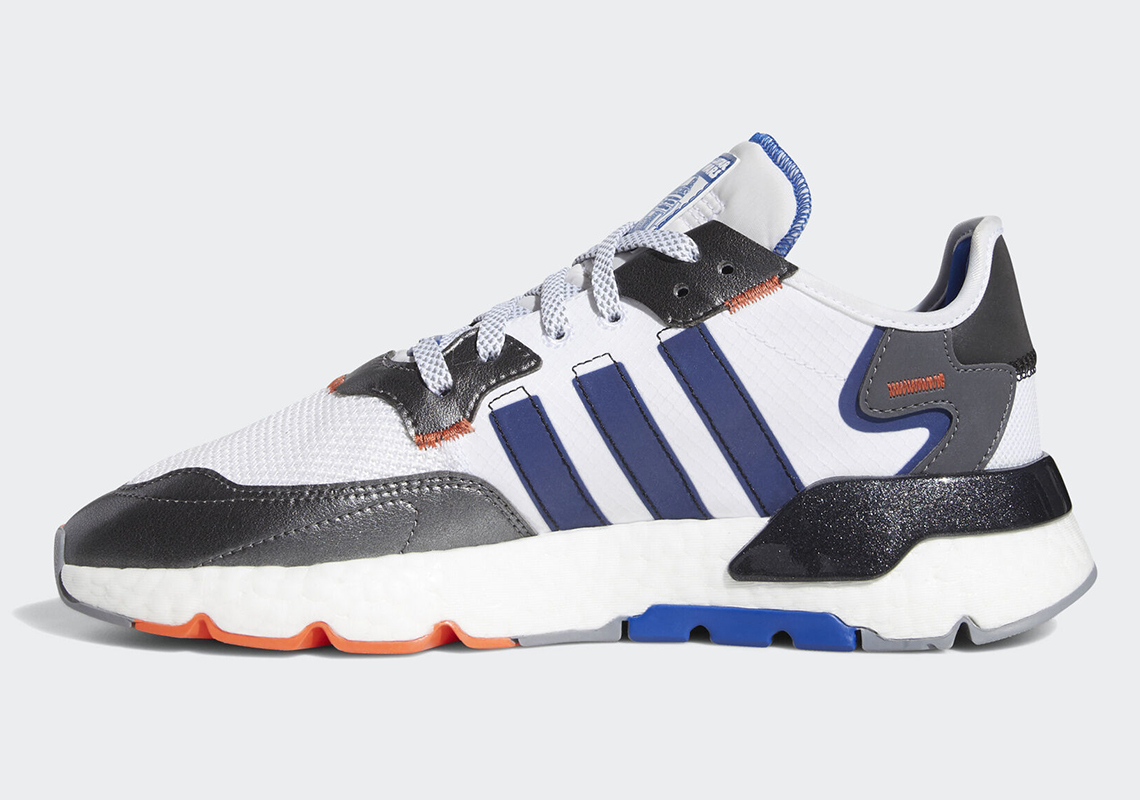 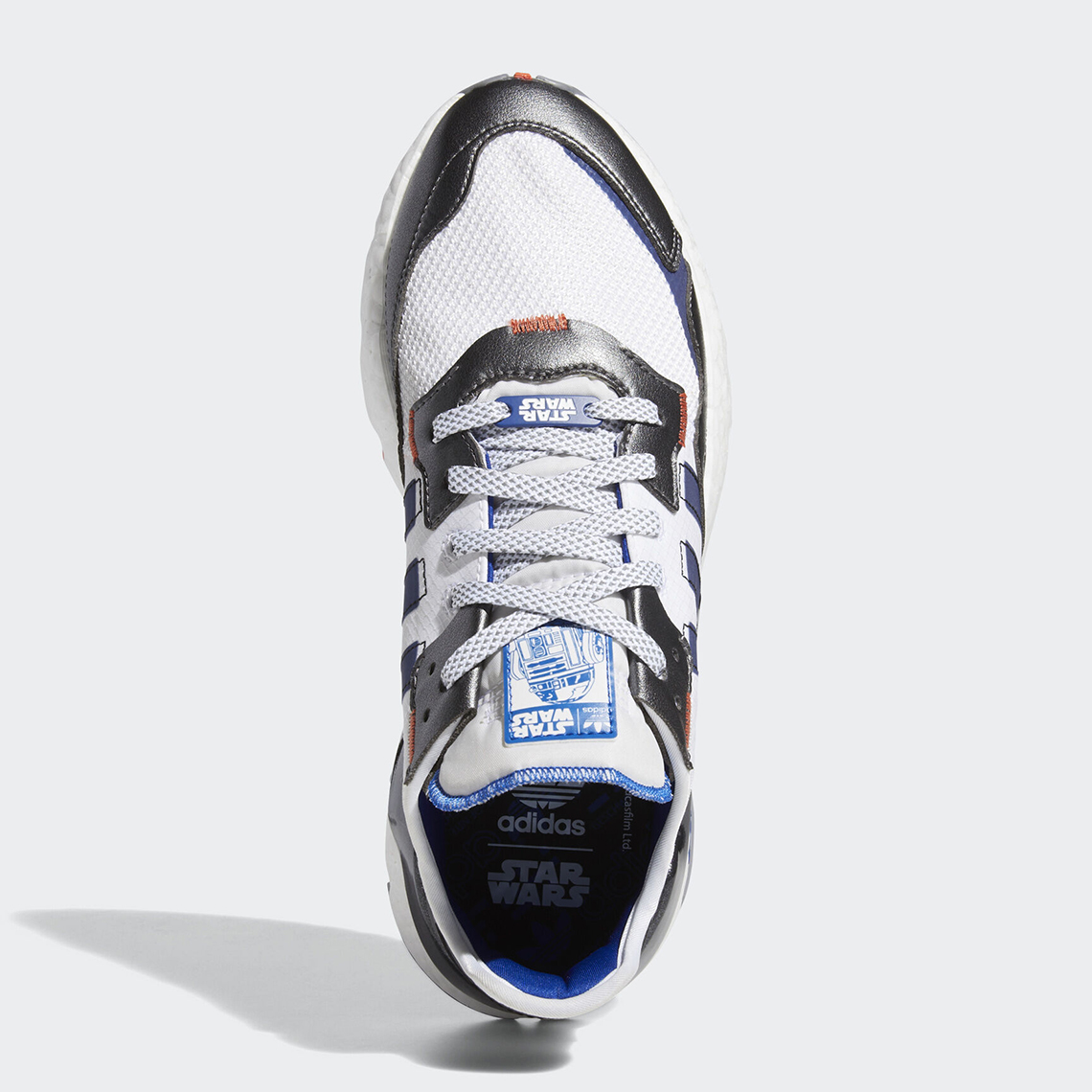 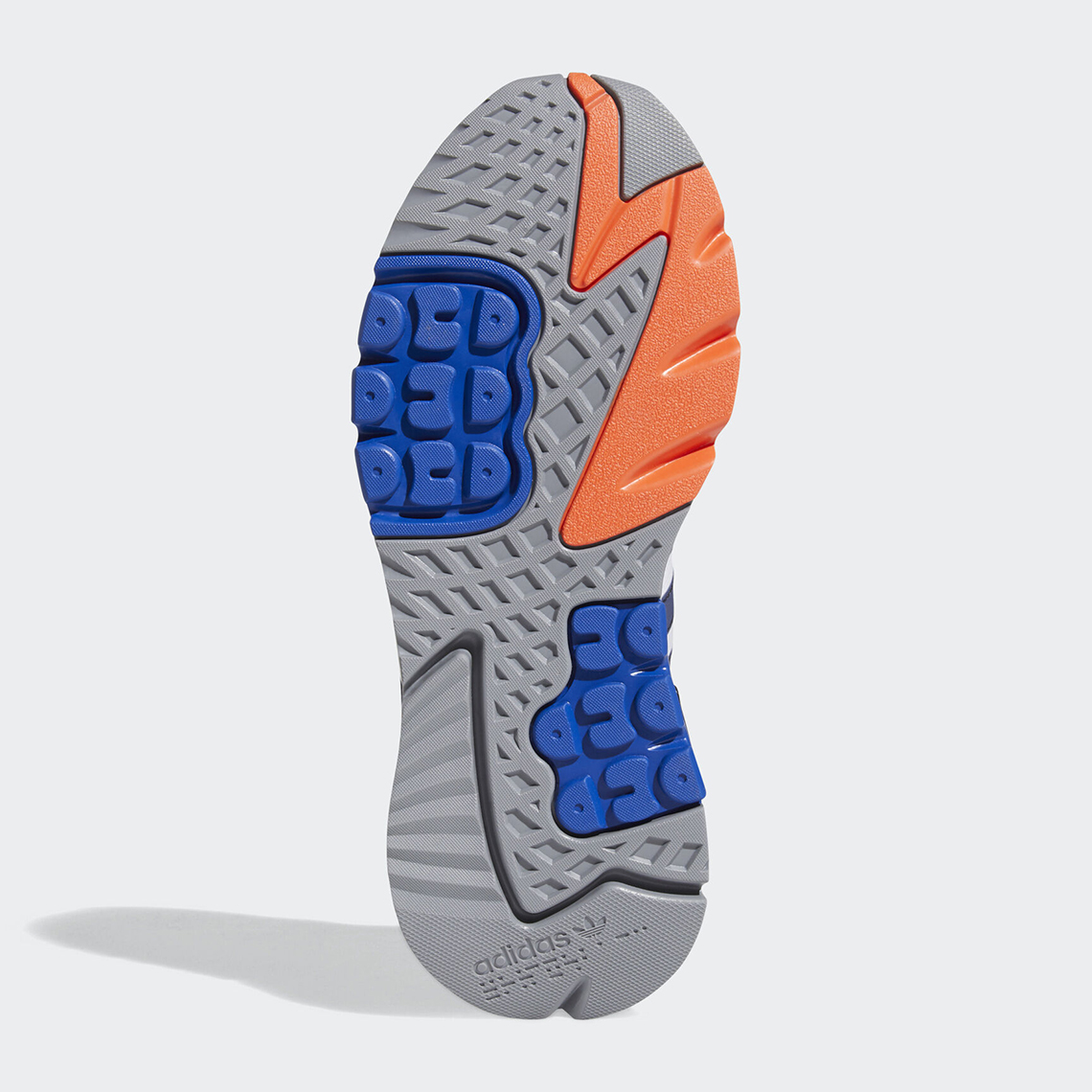