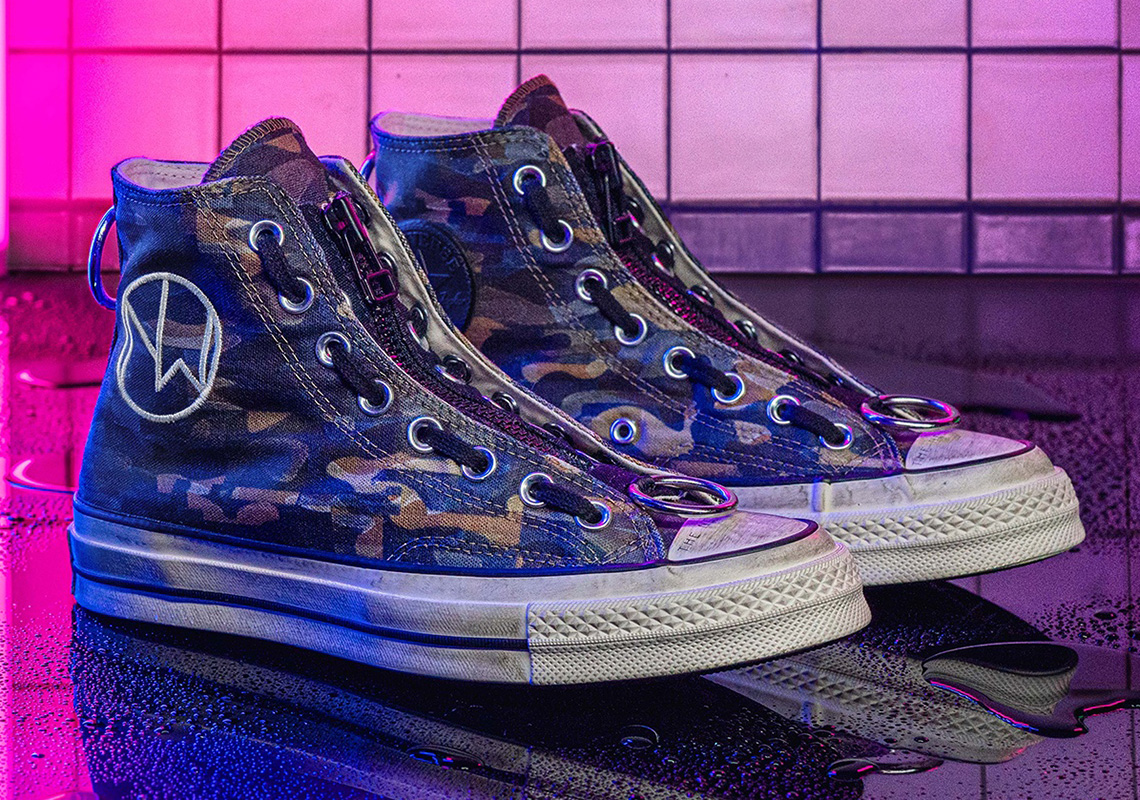 Fresh off an exclusive for the Japanese market’s eyes only, UNDERCOVER and the stateside Converse outpost are back at it once again, infusing more of the label’s characteristic styling into the Chuck 70. Borrowing much from its last release, the pair is a near shot-for-shot recreation though with upper prints forgoing neutrals for a military-inspired camo print; they’ve also replaced the second high for a low-top of seemingly all the same accents except for the addition of the lace-in zipper. Elsewhere, circular “NW” logos add connection to their seasonal thematics, same as the the thinly penciled “NEW WARRIORS” at the toe cap, while metallic hardware strewn about create an edge akin to Jun Takahashi’s imaginary gang of misanthropes. Sole units with foxing stripe and all are given a fair bit of wear across, an effect that matches much of the upper’s slight distressing. Grab a detailed look at both offerings right here and find them rolling out to select retailers and Converse.com on November 14th. 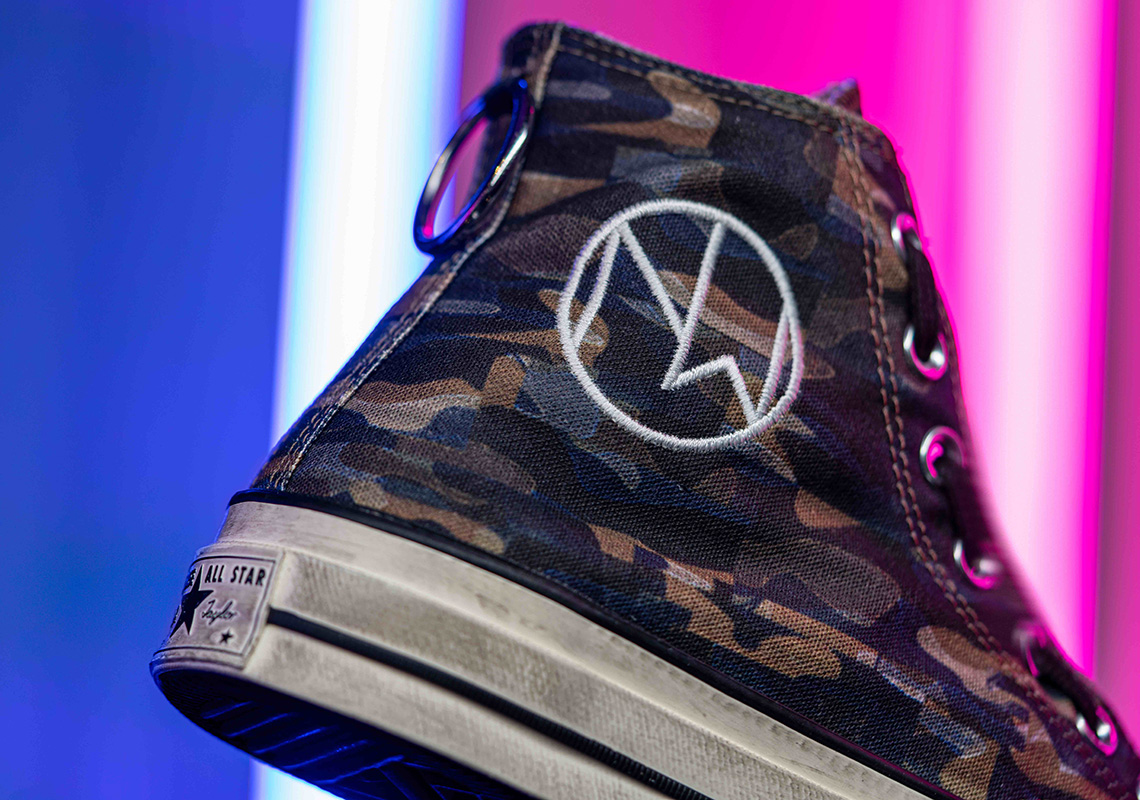 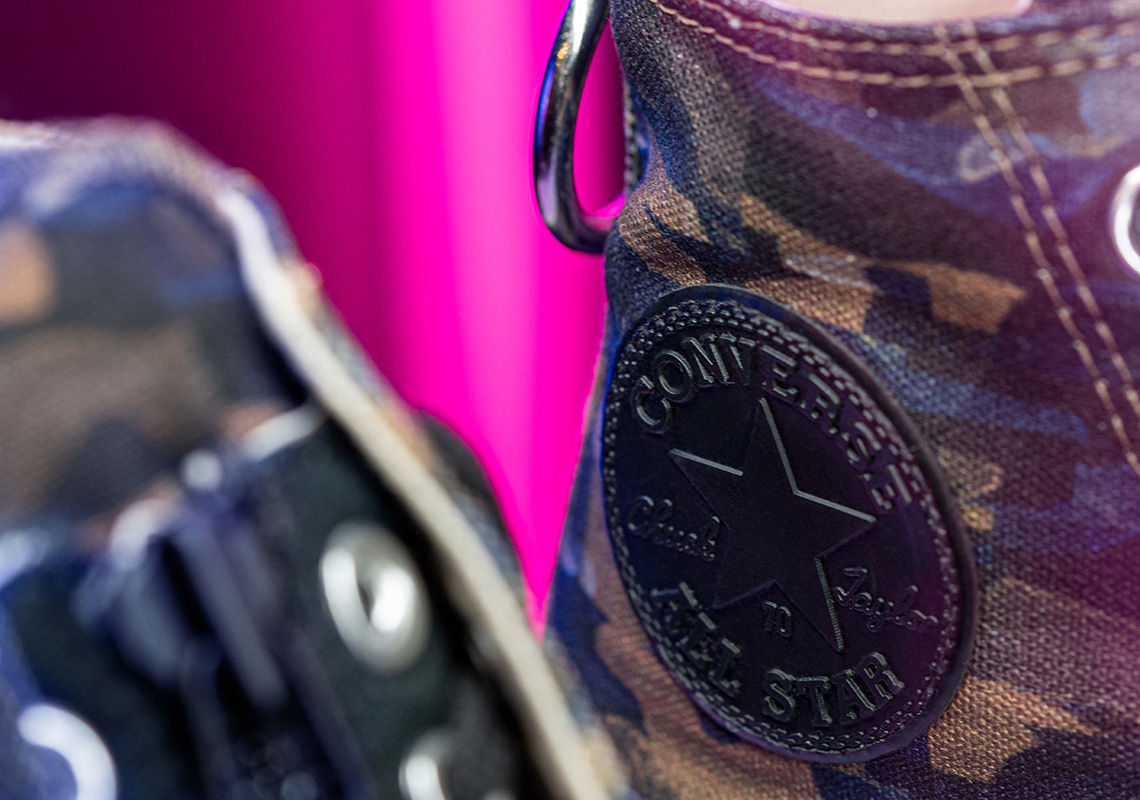 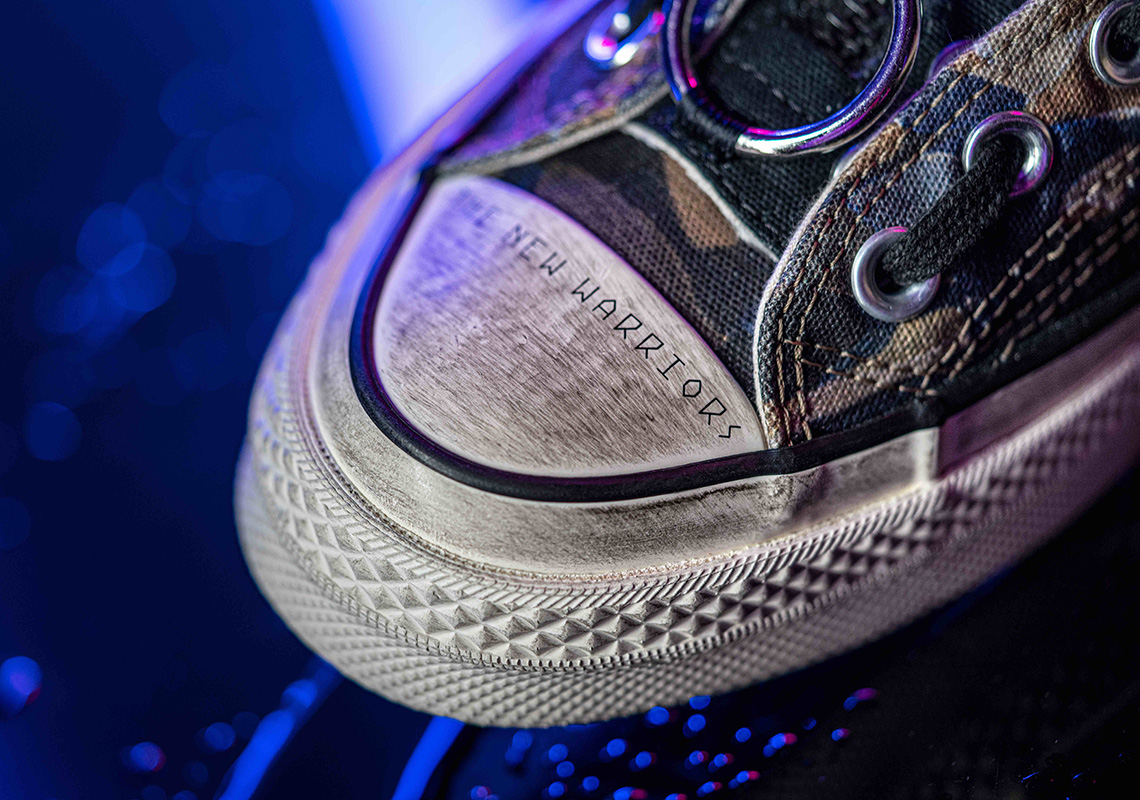 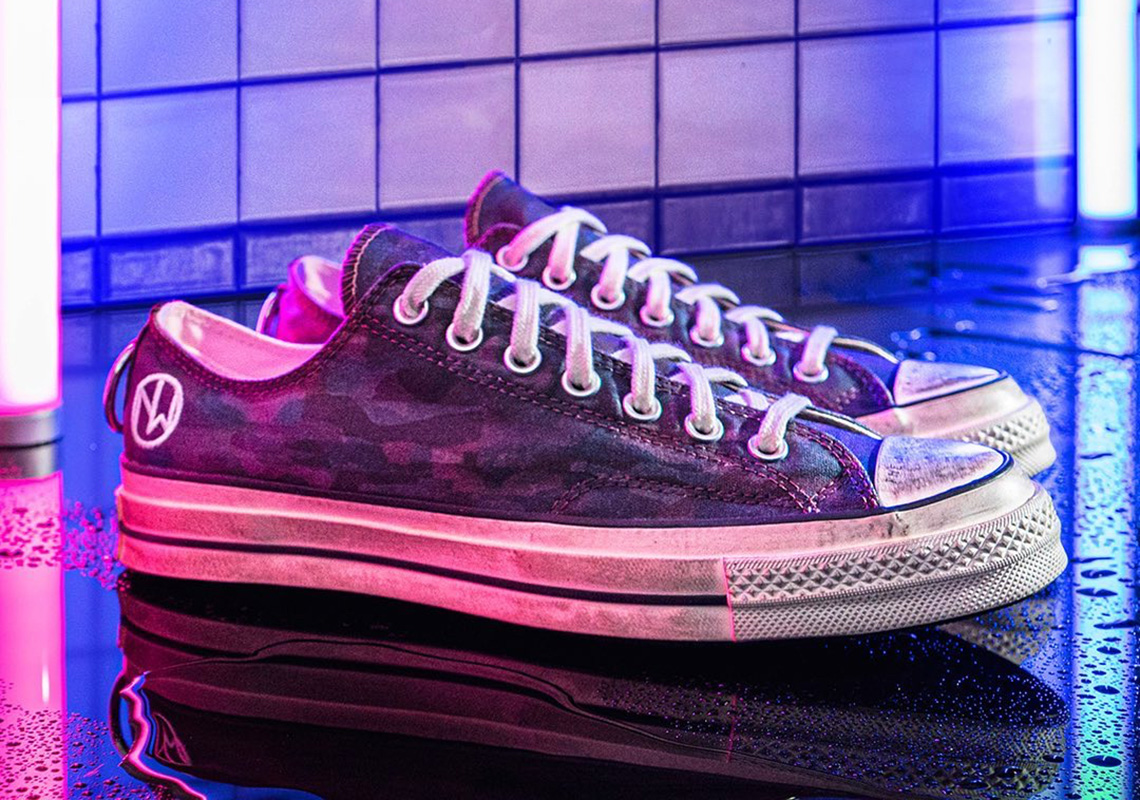 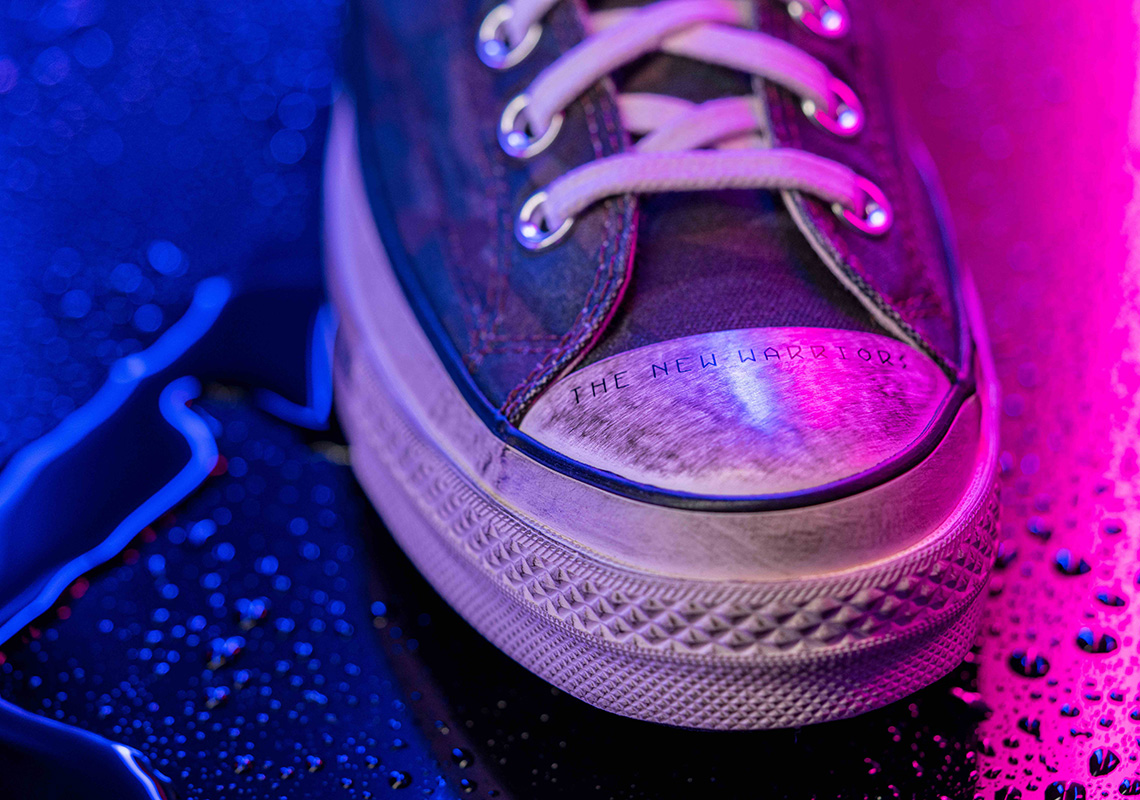 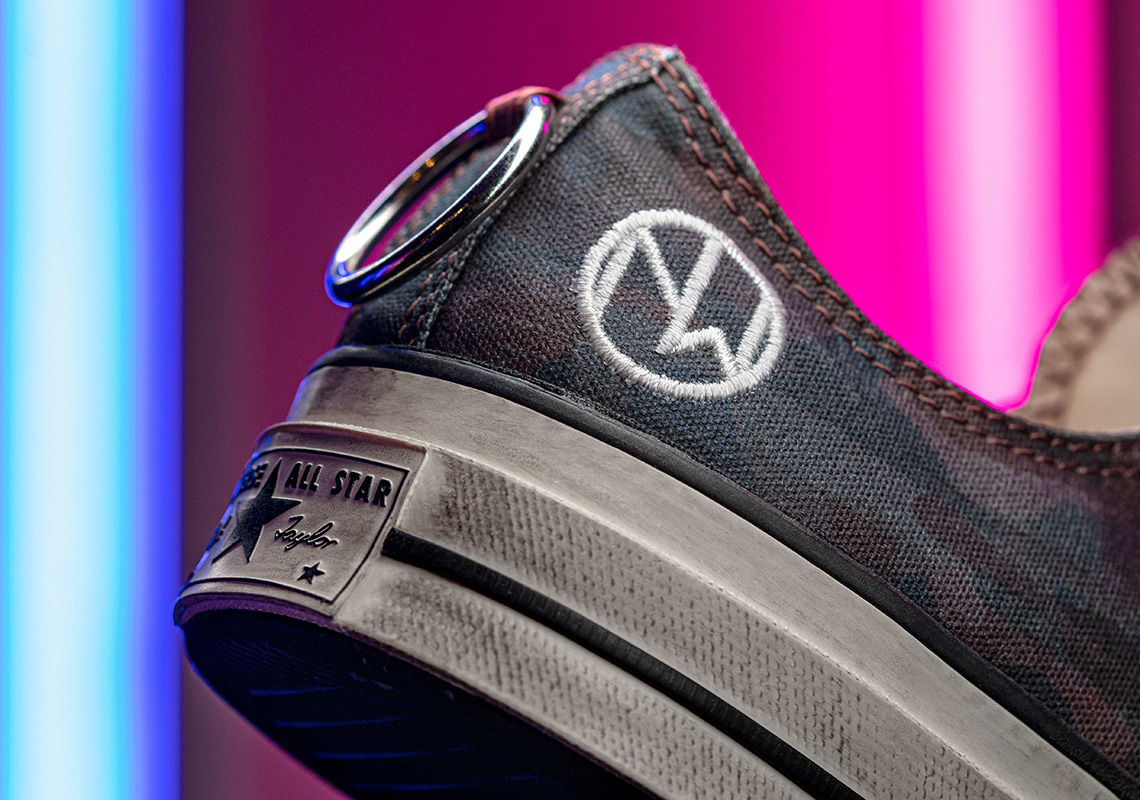