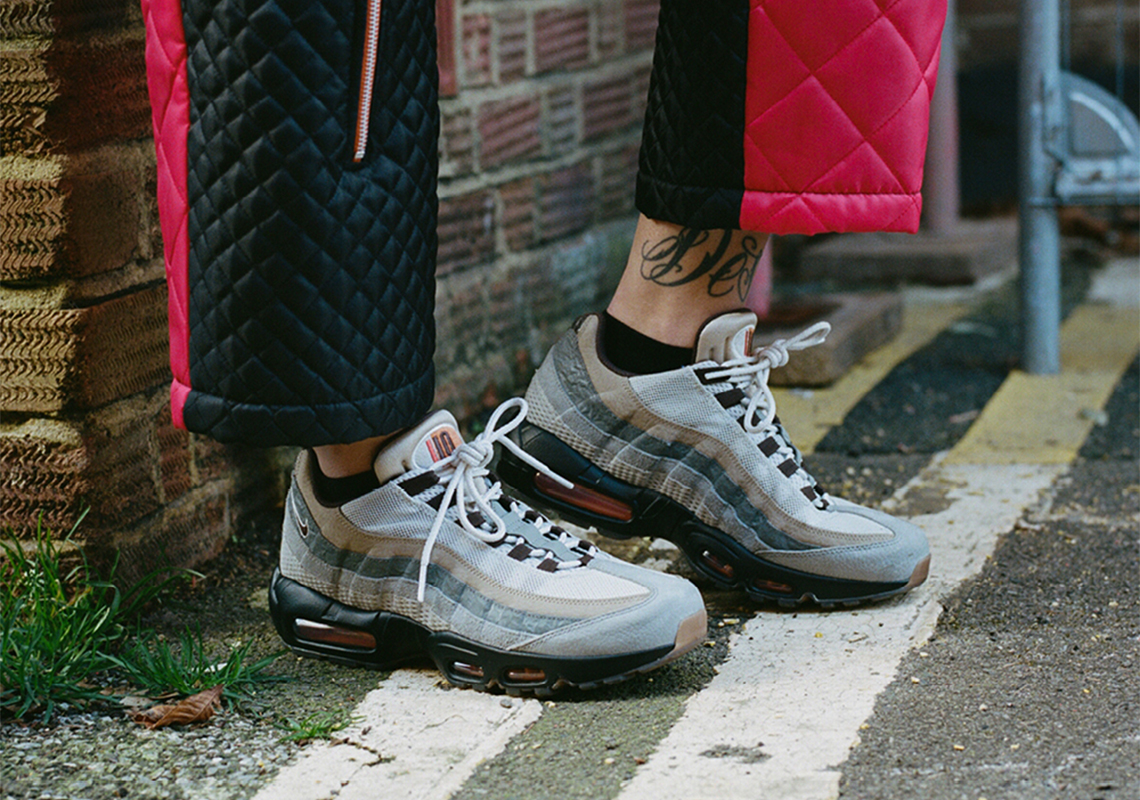 With the London and Milan Fashion Week festivities occurring within the next several days, it comes as no surprise that the Beaverton team has been putting forth much of their attention towards their European audience to design sneaker variations connected to some of the continent’s most attractive destinations. While much of the focus has been sided on the Jumpman category through offerings such as the Air Jordan 1 and Aerospace 720, they’re allowing their Swoosh imprint to chime in on the conversation with this upcoming Air Max 95 makeover dedicated to London. Since its inception in ’95, the Sergio Lozano-designed silhouette was nicknamed by its UK fans with the “110” moniker as this was the original price tag, and this latest iteration is a homage to its 25 years of popularity within the city’s community.

Similar to the aforementioned AJ 1s, this installment is crafted through the lens of architectural affinity. Tones of grey transition in shadings and materials of mesh, suede, and leather before they eventually reach its heightened sections of Earthy beiges to translate the cobble, concrete, and brick textures of The Big Smoke’s landscape. Furthermore, the tongue branding has been altered with a blend of grey and vibrant orange “110” embroidery to echo its moniker, and the insole graphics now lay down “Air Max 95” branding reworked into elevated font. Stay tuned for official release info and pricing, and note that these will be dropping as a Footpatrol and SNEAKRS worldwide exclusive. 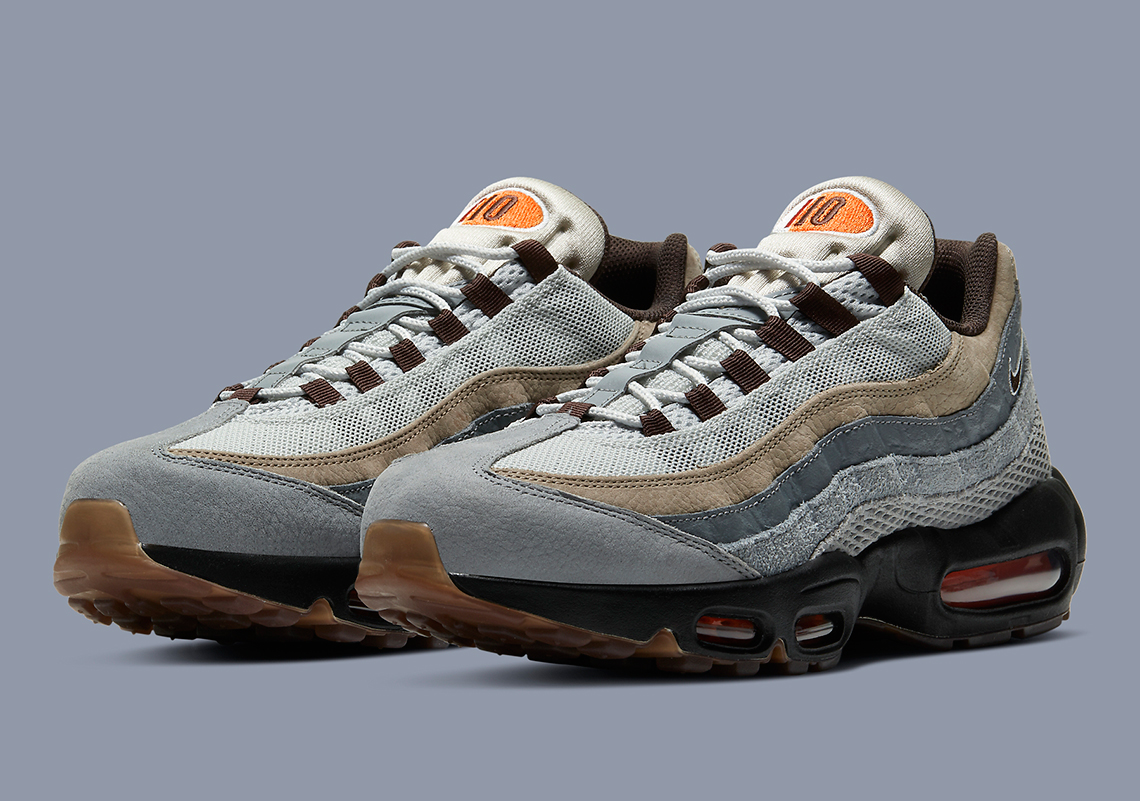 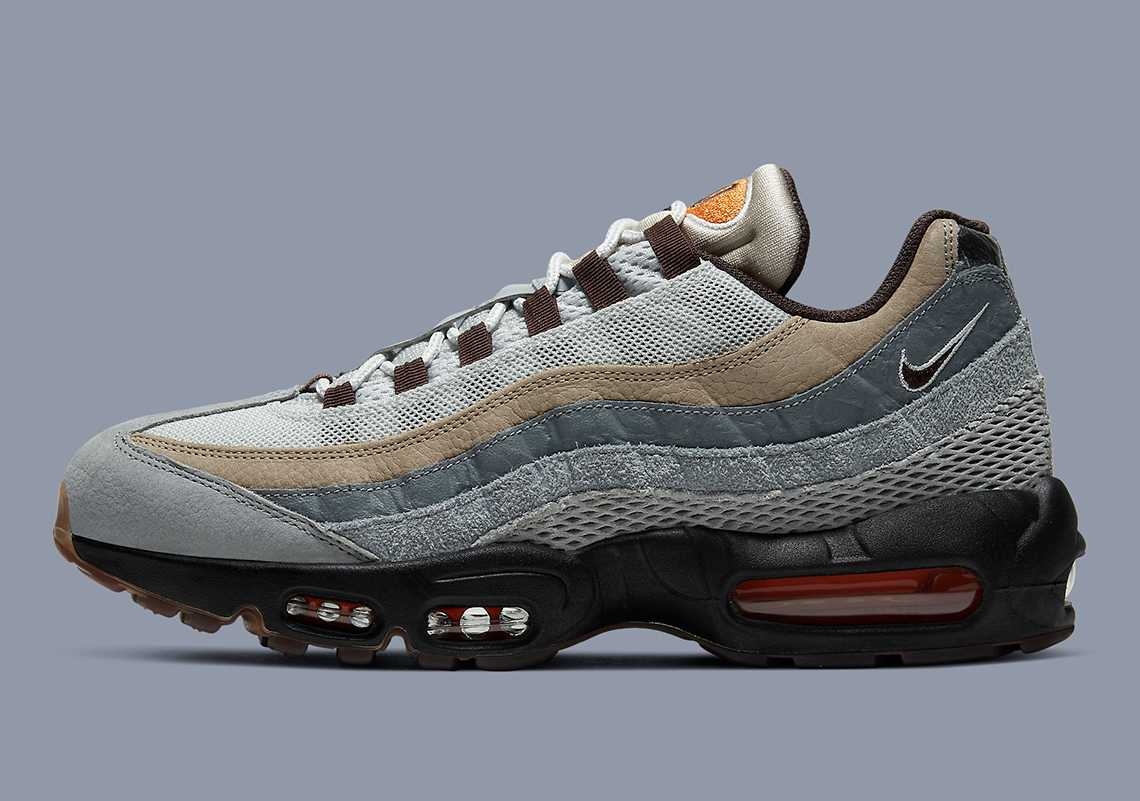 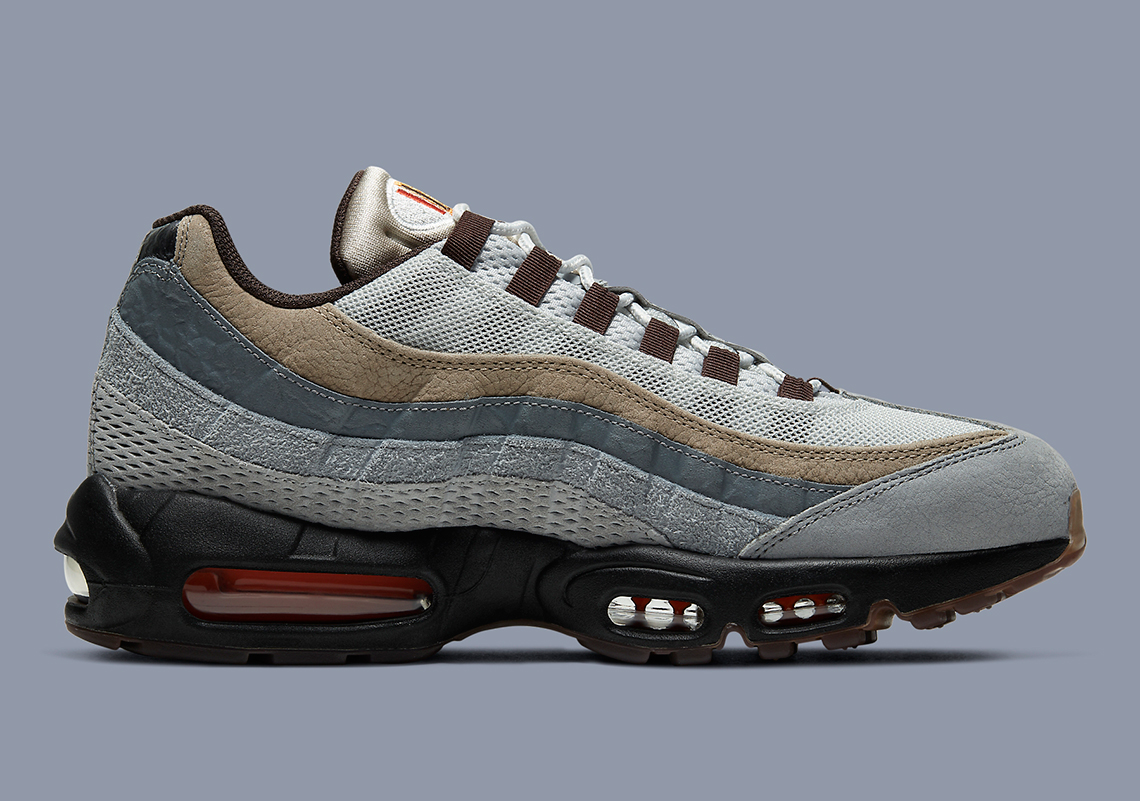 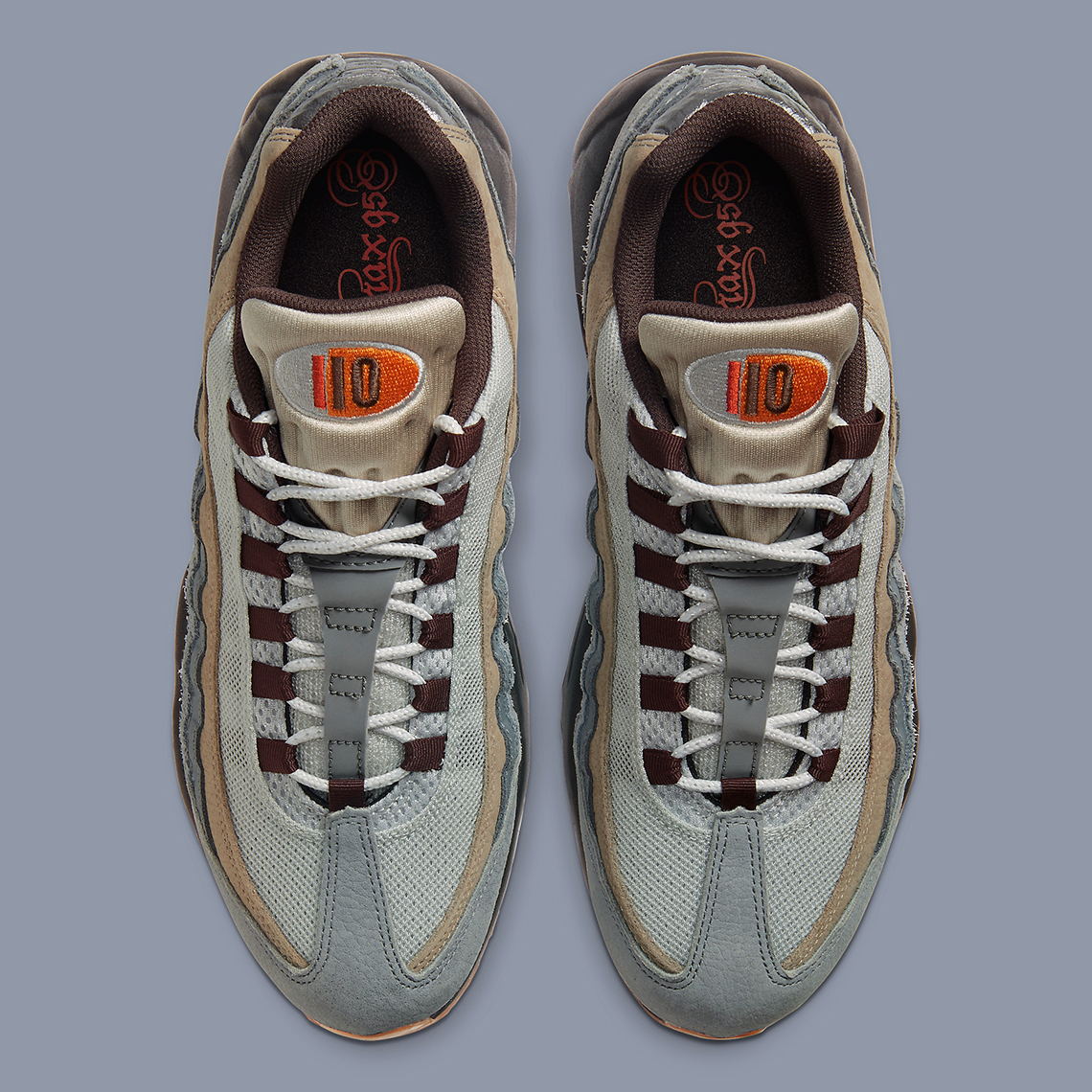 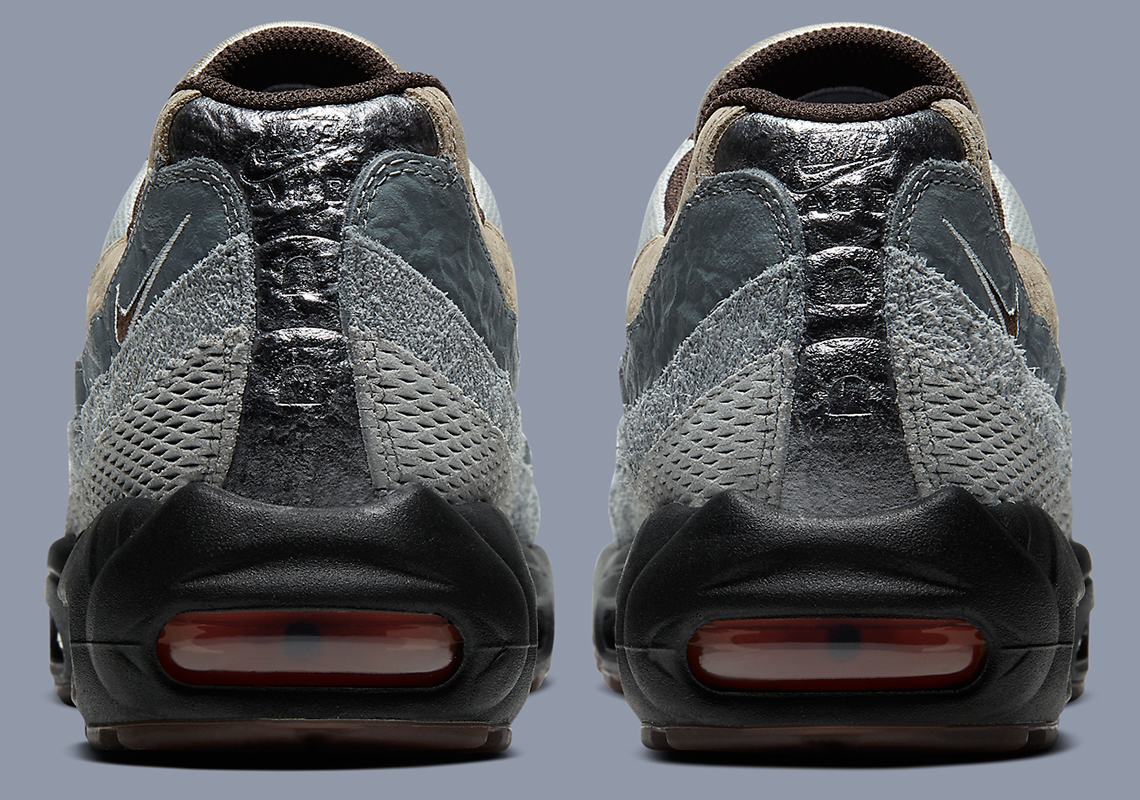 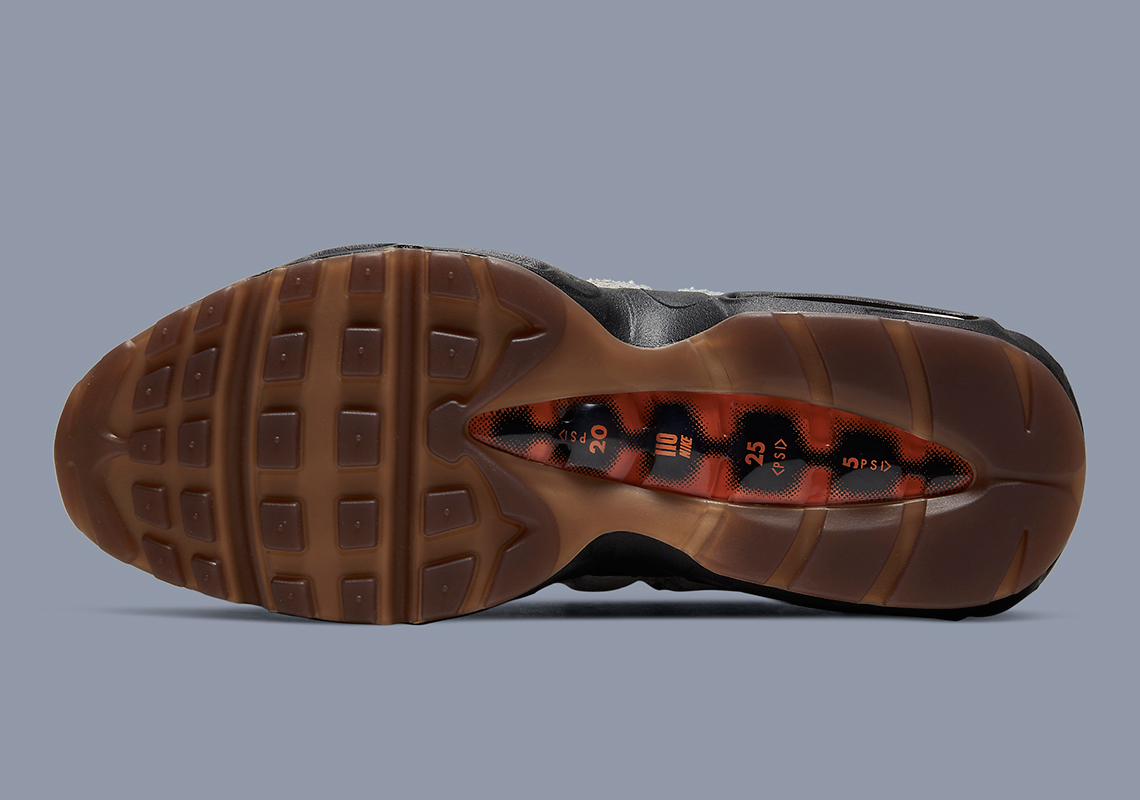