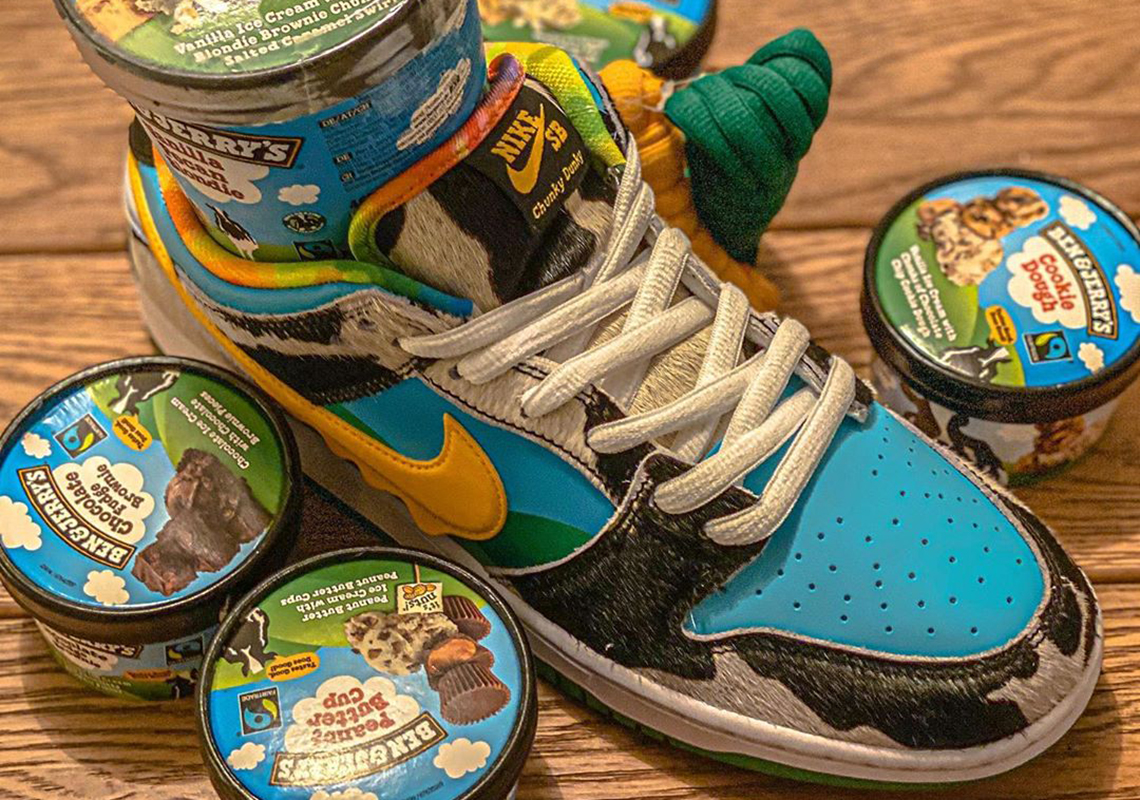 Among one of this year’s uncontested finest, the Ben & Jerry’s x Nike SB Dunk Low effectively reboots the line-up back to the 2000s as the colorway effectively and abruptly reintroduces their eccentric signature. Next to what is said to be a pack of Grateful Dead specials and an equally crazy collaboration with 7-Eleven, the “Chunky Dunky” offering is certainly the flashiest standout and likely the most universal as it draws heavily from the similarly named ice cream flavor. As such, the upper sprawls with as many colors as there are ingredients with accenting murals of blue and green recreating the scenic landscape that dresses every carton. Black and white patterns mark the overlays like the cow that stands as the mascot while the banana yellow swoosh drips as if melting after being outside just a bit too long. Finished by co-branding and some multi-color tie-dye linings, the forthcoming pair is finally set for a close tiered release: skate shops will be launching on May 23rd while Nike SNKRS is slated for May 26th.

In other news, check out Civilist’s Dunk Low.