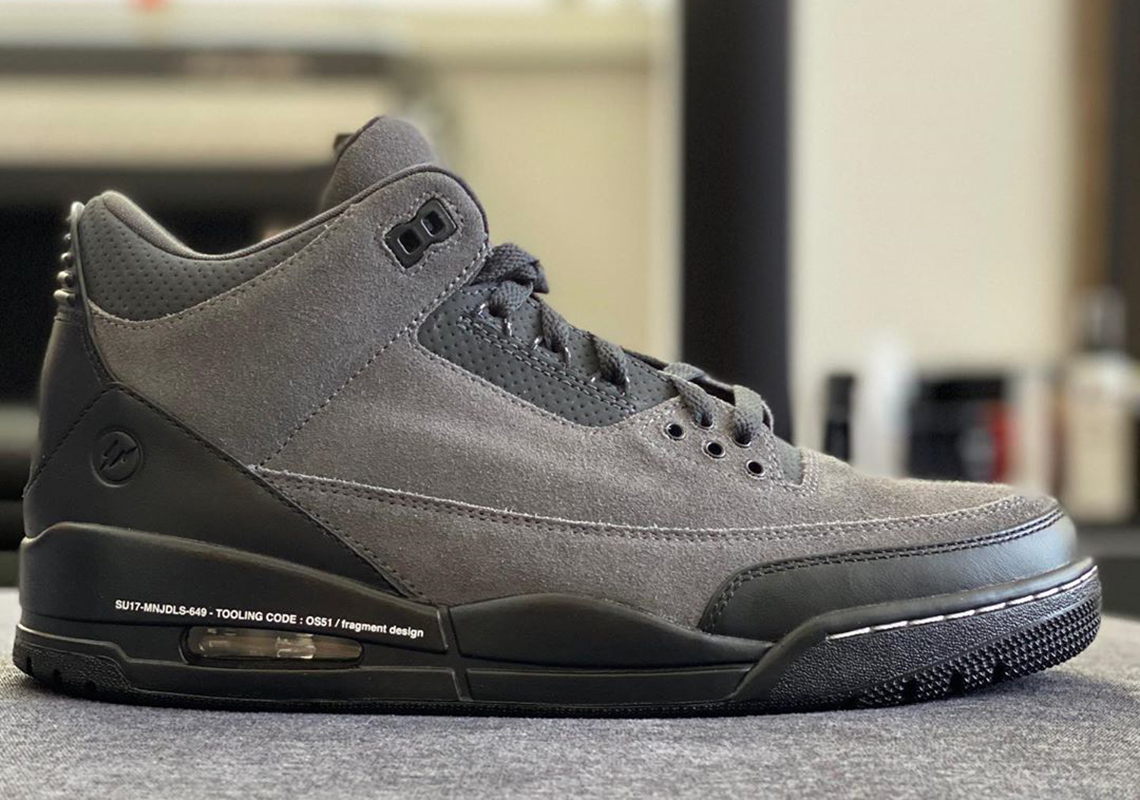 Though short on actual releases, Fragment‘s relationship with Jordan Brand produced what is objectively one of the most coveted Air Jordan 1s of all-time. Long a part of the Nike family, Hiroshi Fujiwara — the Japanese label’s lead — had a lot in the works be it with HTM or his unfortunately cut “The Ten” series. Now, with likely quite a bit of extra time to spend with his collections, the legendary designer is ostensibly feeling a bit nostalgic as he reveals a detailed look at a “very old” Fragment x Air Jordan 3 sample. Never released nor revealed, the colorway opts for something far less recognizable than the White/Royal pair Fujiwara wore back in 2019. Grey uppers run fully dyed with grey shades while the abnormally smooth counter and toe cap accent with a darker black shade. And while the rest of the palette and construction is left minimal, the heel appropriately features the signature lightning bolt just above some further denotative text. Grab a quick look at these here, and while possible, the chances of a drop are slim to none.

In other news, the an Arctic Punch Air Jordan 1 is dropping later next year.