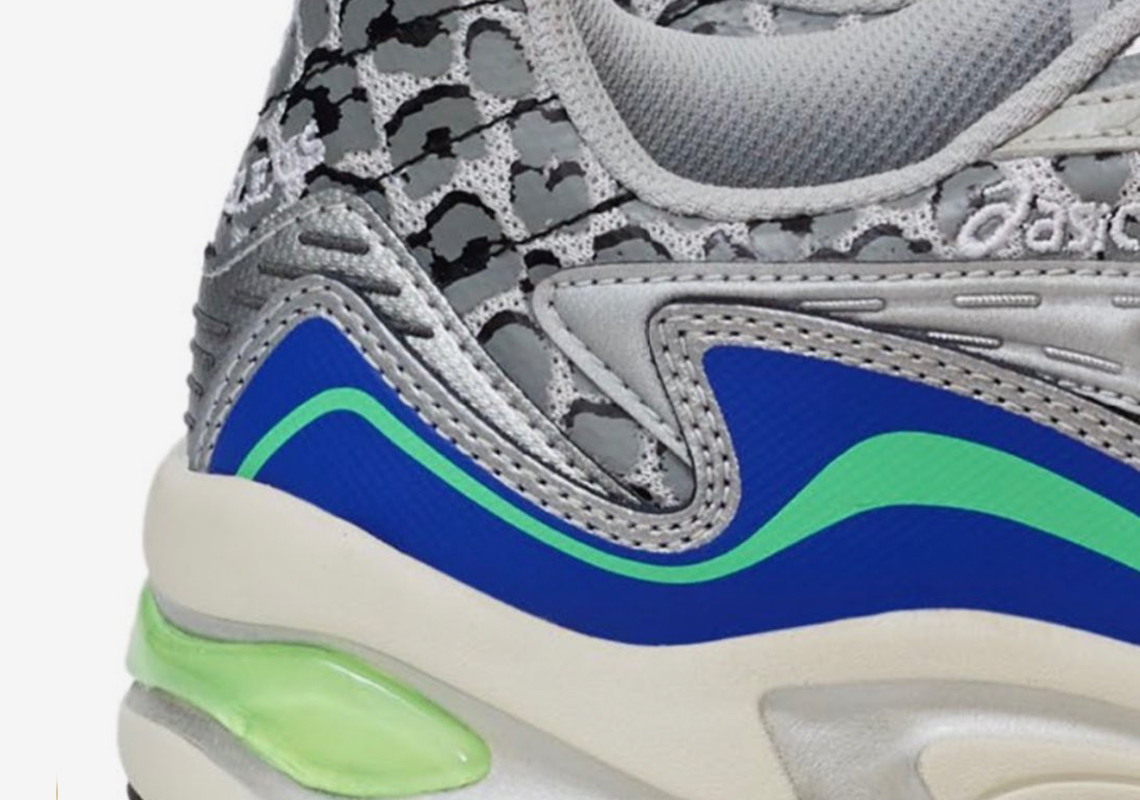 ASICS’ series of collaborations have gradually become more and more diverse in recent years, the brand going from designer names like Kiko Kostadinov and Vivienne Westwood to streetwear mainstays like CHCM and AWAKE NY. The latter, whose past Kayano 5 360 was touted as one of the best collaborations of the year, is now preparing yet another release as teased by founder Angelo Baque earlier last night.

Proffering only a small glimpse, Baque showcases the pair’s heel and the details adjacent. The underlying mesh base, which tints entirely in a light grey, prints atop an all-over layer of animal print, its shapes colored to match that of the overarching palette. Bits of saturated blue and light mint then accent the counter, the shades sublimated over more robust panels of silver metallic. Soles end with an off-white all throughout as well as GEL cushioning that tints in neon green.

Grab a quick look at these below and sit tight for further word on their upcoming release.

In other news, the Yeezy 700 v3 Eremiel is releasing later this December.