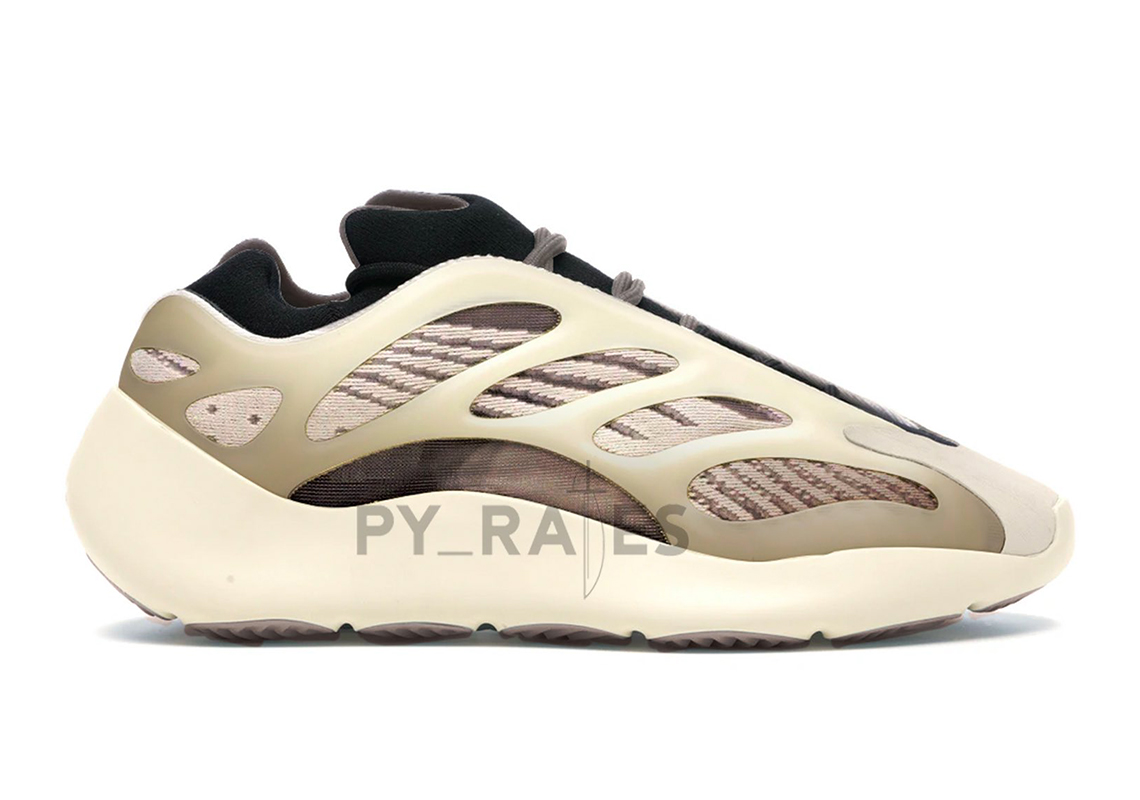 Following its brightest appearance yet, the adidas Yeezy 700 v3 is exploring earth tones once again, dressing its upper in many a shade of brown under a brand new “Eremiel” namesake. Yet another reference to archangels, the pair starts with a palette quite muted, as both its underlying Primeknit and overlaid cages follow the same versatile spectrum. The latter constructions, which wrap atop the heel counter as it does the entire profile, tints with a slightly more saturated variation of bone, a complement to the dark and light browns that make up the weave pattern underneath. Elsewhere, the tooling finishes with a full tan shading while both the tongue and lining contrast in full black. Grab a speculative look at these here and expect more info to arrive closer to the rumored December 2020 release.

In other news, the adidas Yeezy Quantum drops tomorrow.