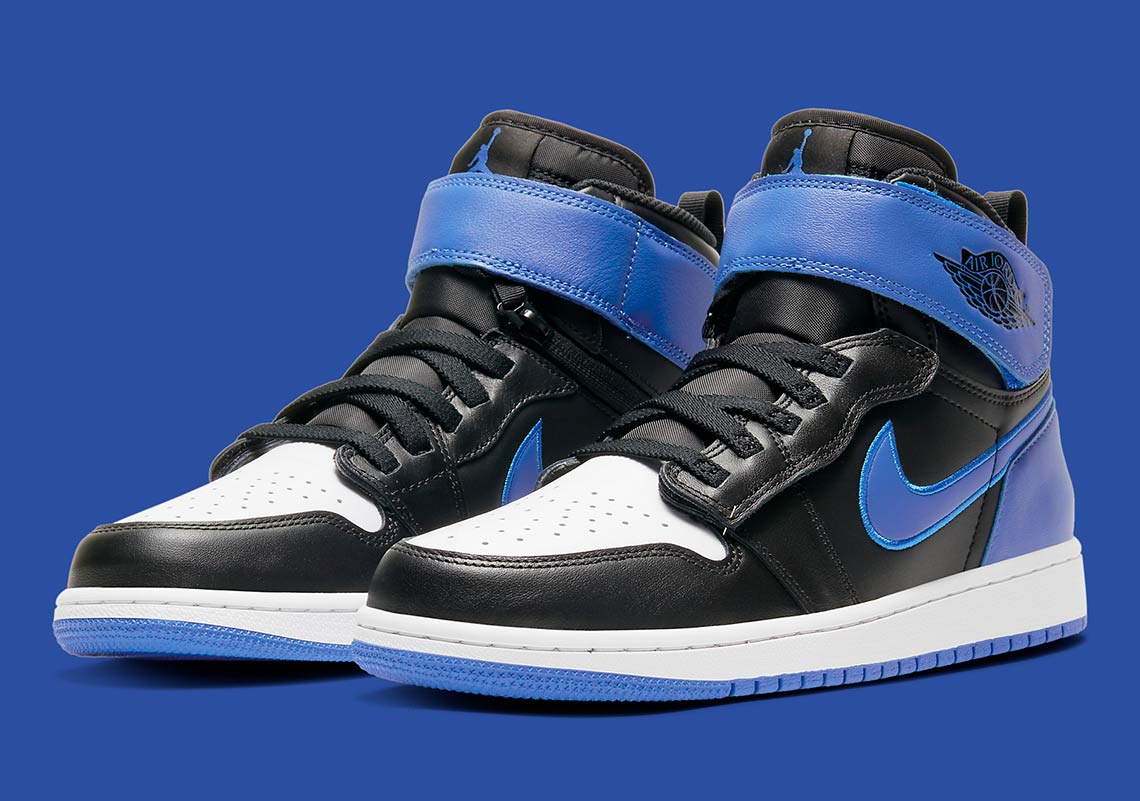 Debuted as part of the FEARLESS ONES, the Air Jordan 1 FlyEase effectively turned the basketball icon into an all-inclusive silhouette that bars no one from access. And after making a large splash with its inaugural colorways, the model is set to pay homage to the ever-iconic “Royal” with its next iteration.

Released first in Asia, the pair should be making its way over to the states and global in due time. The upper, which follows a scheme similar to the options that predate it, add the saturated blue color to the fastening strap, the heel counter, as well as the Swoosh whose paneling is outlined by tonal embroidery. Moreover, the OG-influenced nods begin to deviate as the toe box is hued in white in contrast to the rest of the construction’s polished black leathers. The latter’s tones also dress the Wings insignia along the top line as well as the nylon tongue whose Jumpman stamp finishes in complement to the aforementioned cool tone.

Grab a detailed look at these here and expect a release to arrive at Nike SNKRS soon as these have already released in Asia. 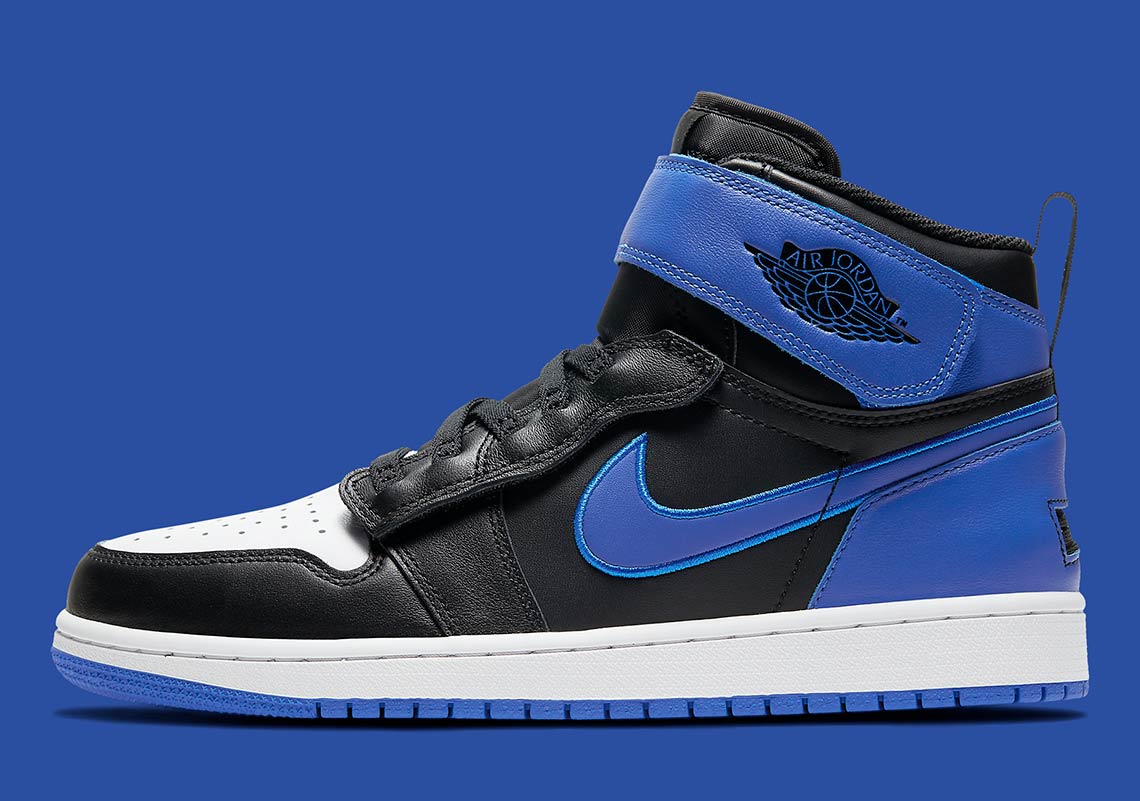 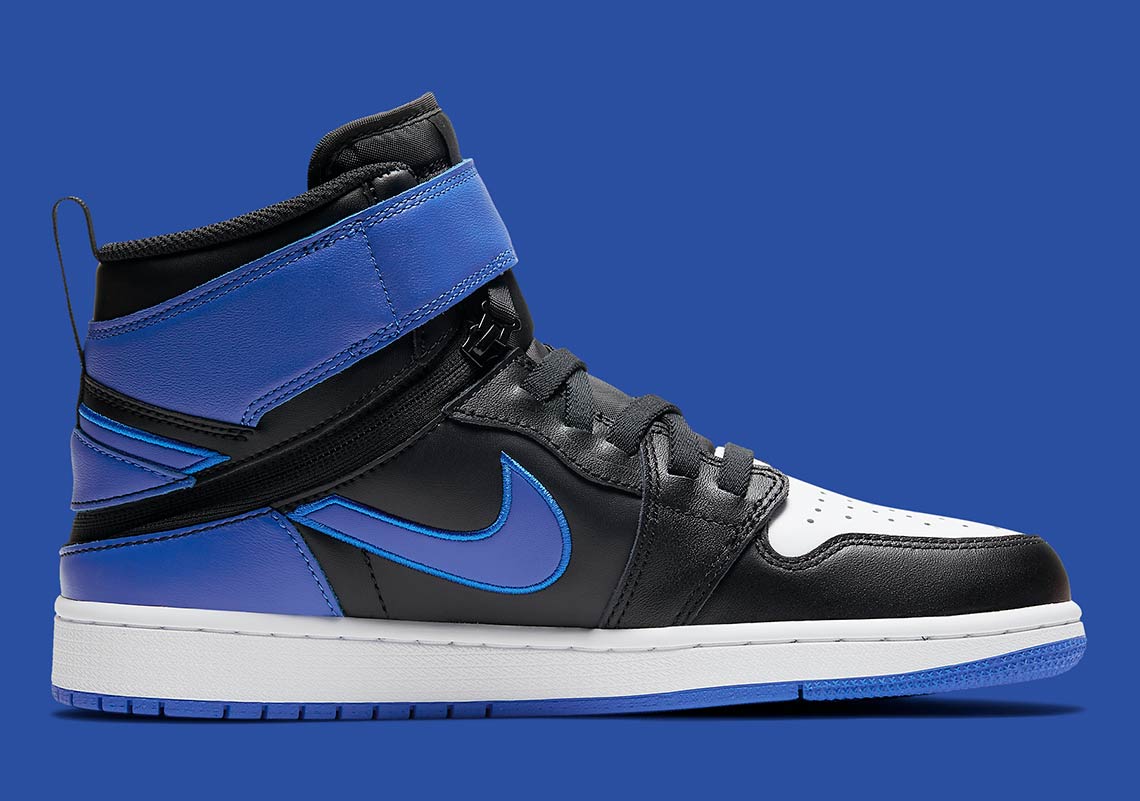 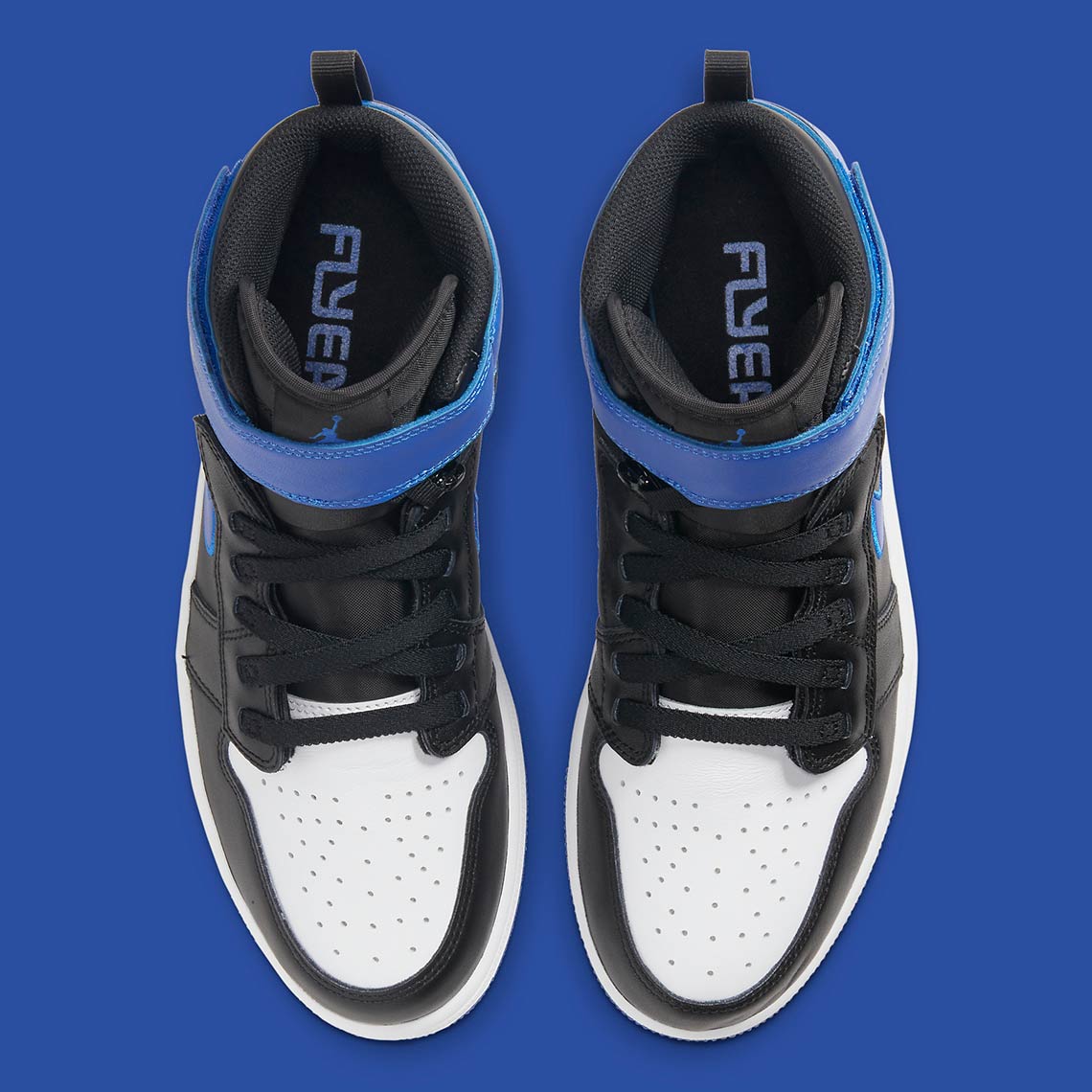 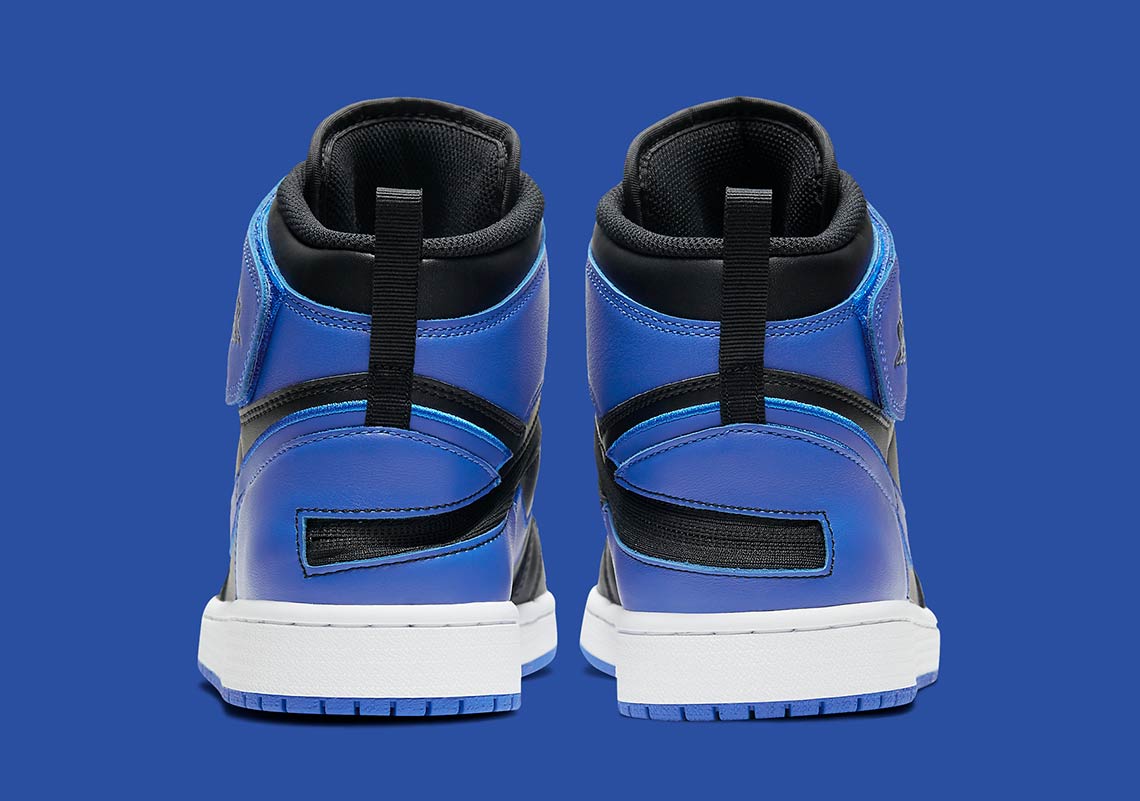 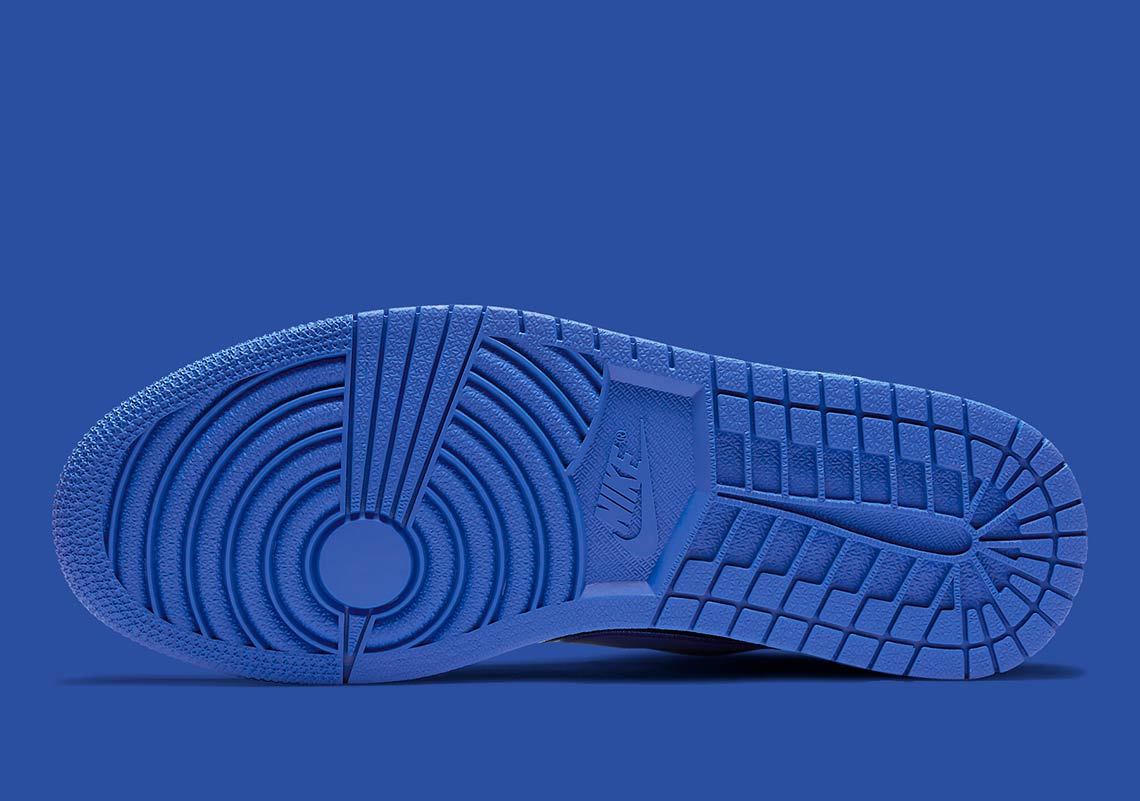 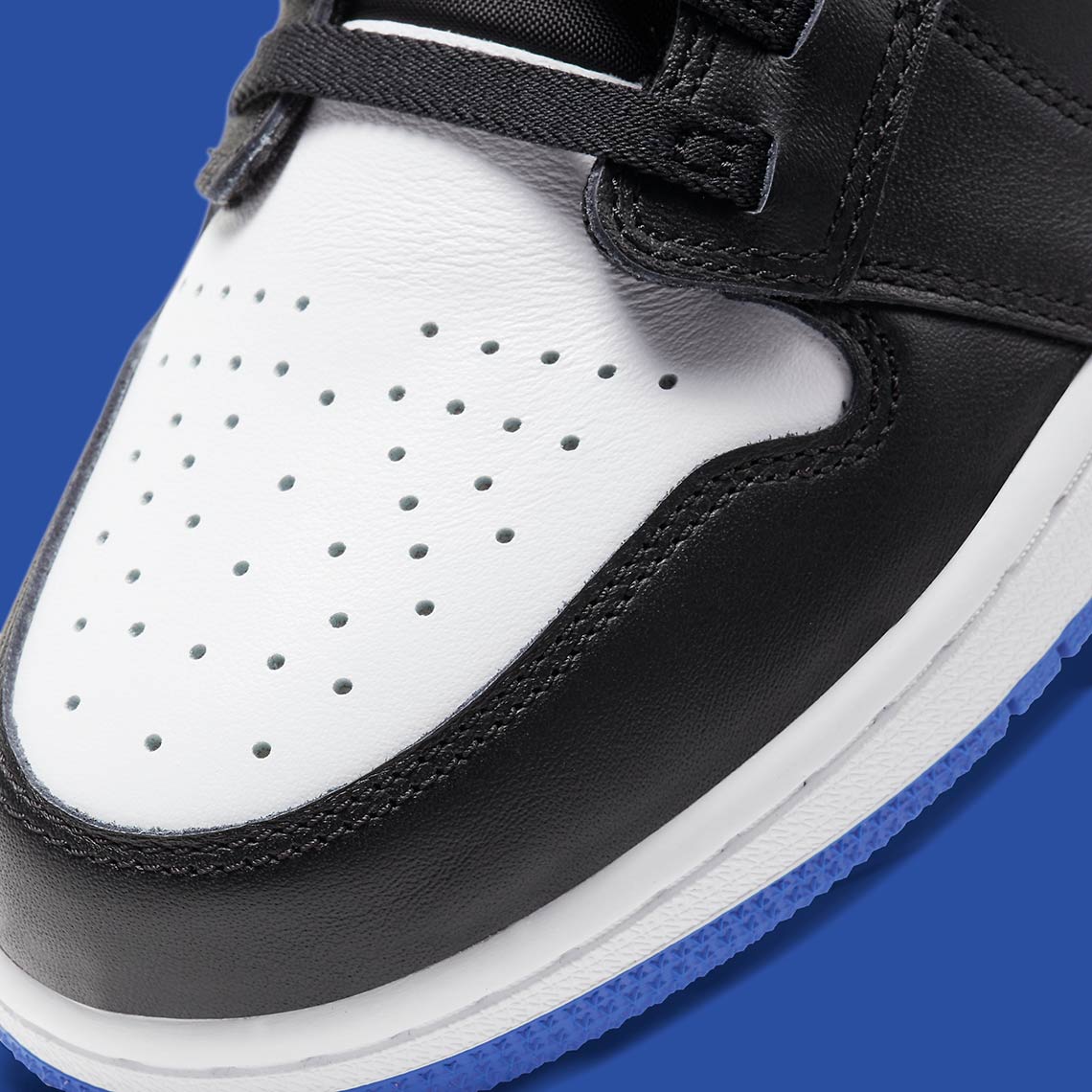 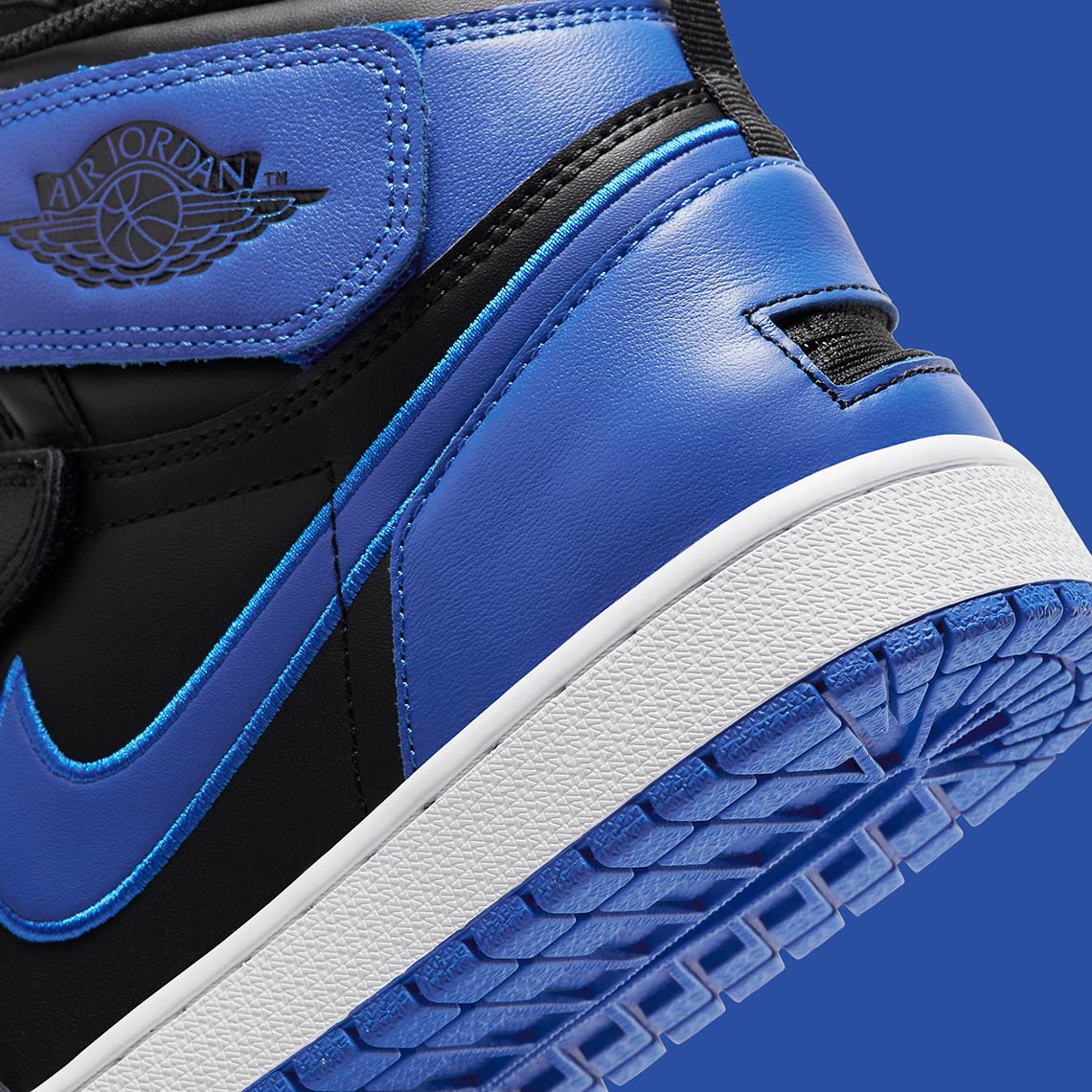