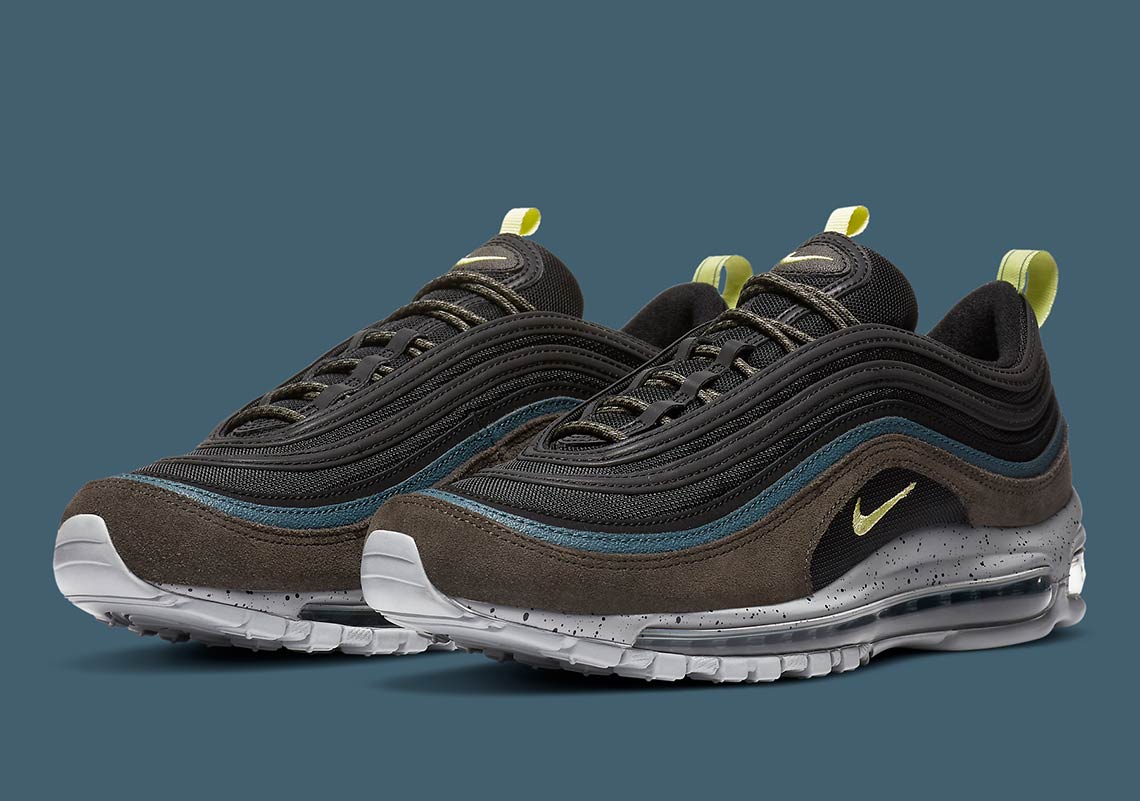 This Nike Air Max 97 Is Inspired By Rock Climbing

Nike’s beloved ACG line-up has effectively set in motion a series of modern homages, these inline releases often faithful in their recreation of the signature outdoors palette. And now, after overt nods to the Nike Hike Man, the brand is opting to celebrate activities adjacent as they turn the Air Max 97 into a silhouette befitting of rock climbing.

Likened to the aforementioned mostly through color, the pair creates a rugged appearance via premium constructions and a relatively subdued overall colorway. Thick olive suedes line underneath atop the mudguard, accented just above by a thin leather layer of dark blue. Then, the foundation contrasts entirely in its black ballistic mesh, one that stands as neutral footing for the muted Volt accents that take the form of tongue and heel pulls as well as embroidered Swooshes. Underfoot, the sole tinges dark grey, speckled with many a black a splatter in a fashion similar to past ACG staples.

In other news, a bright Red Dunk Low Disrupt is on the way. 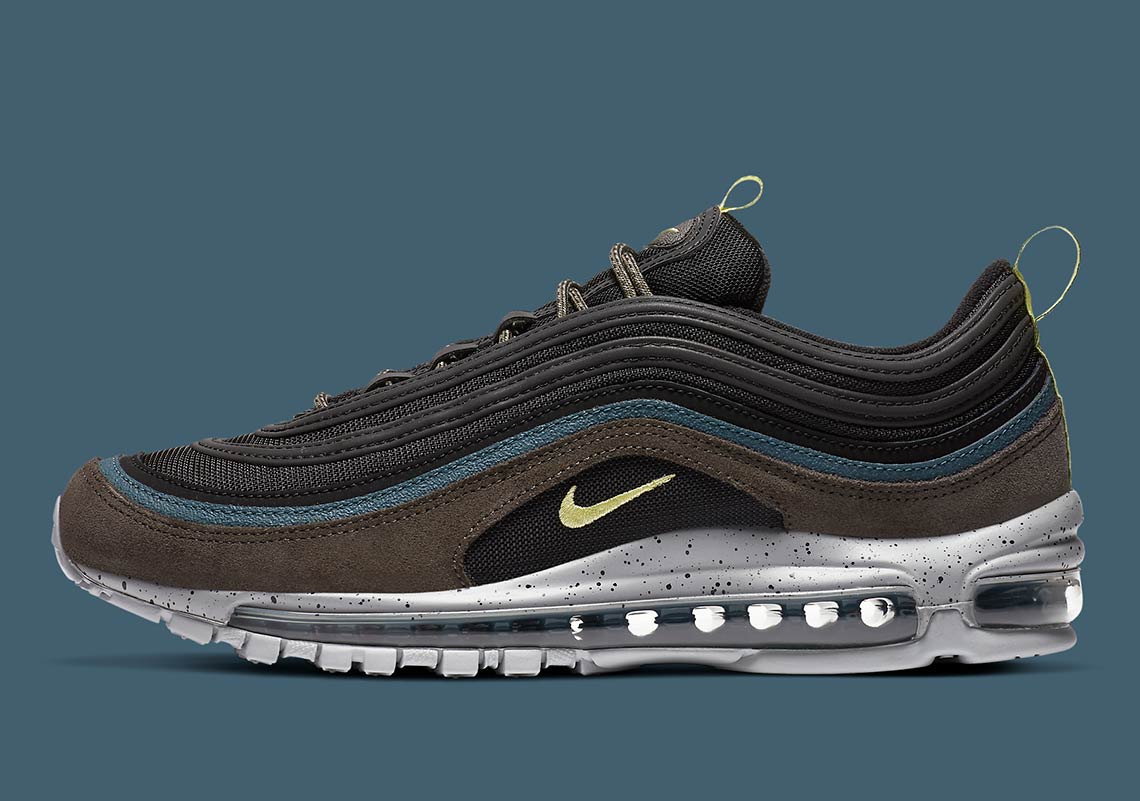 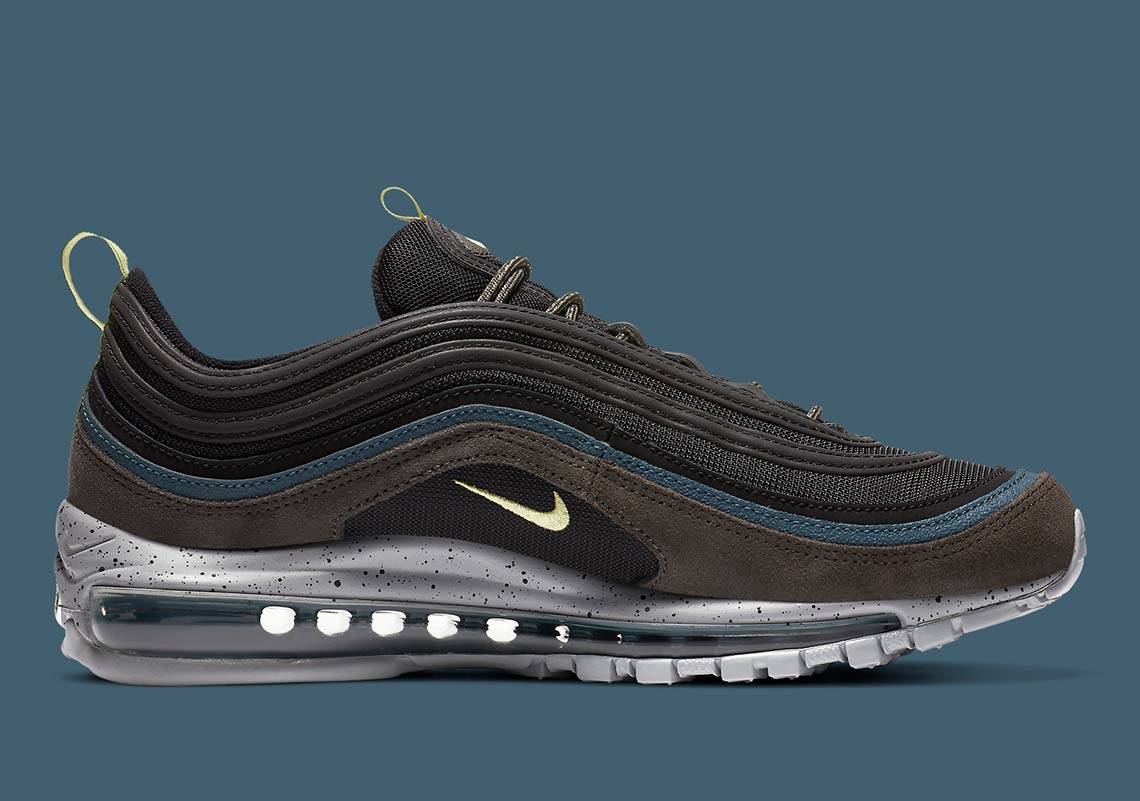 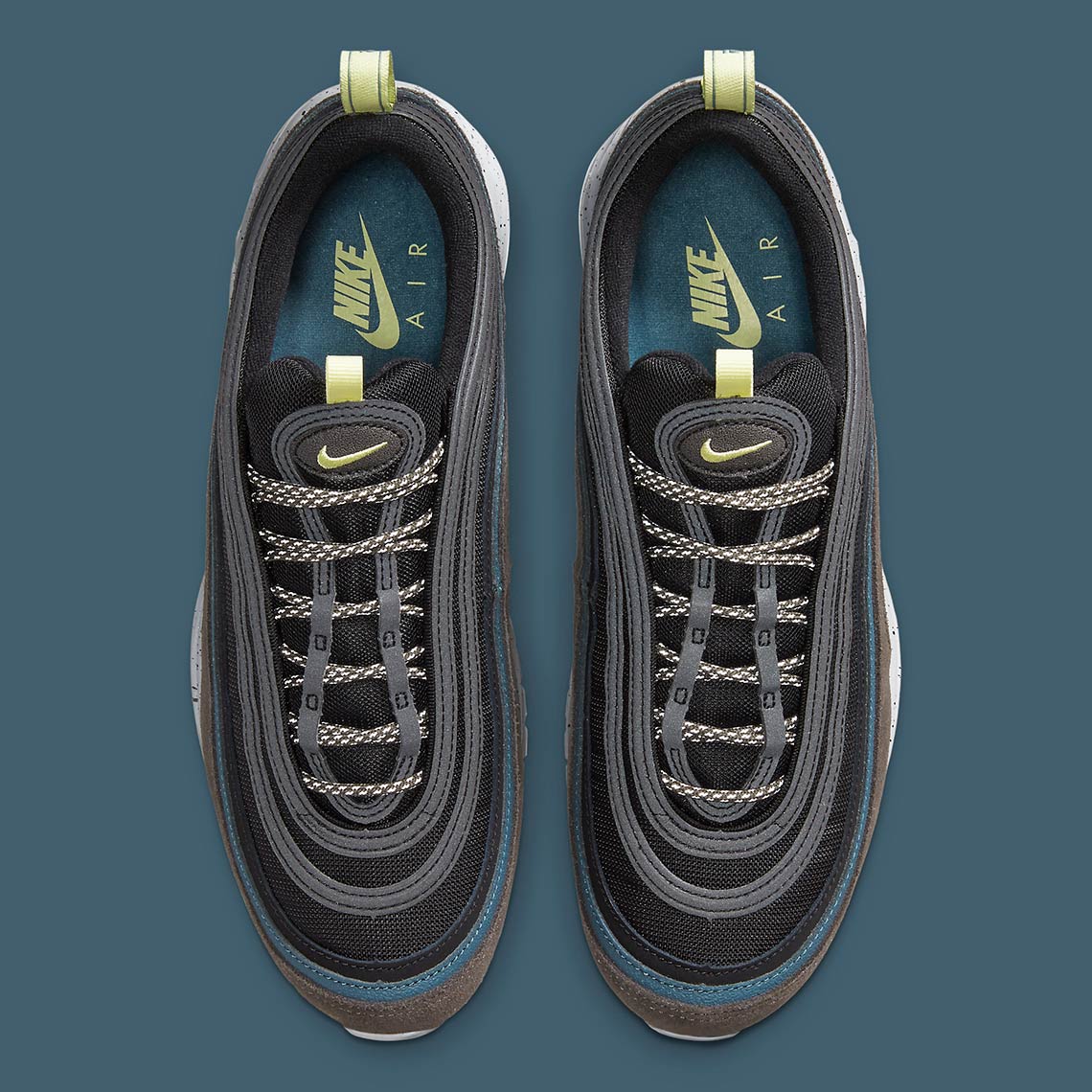 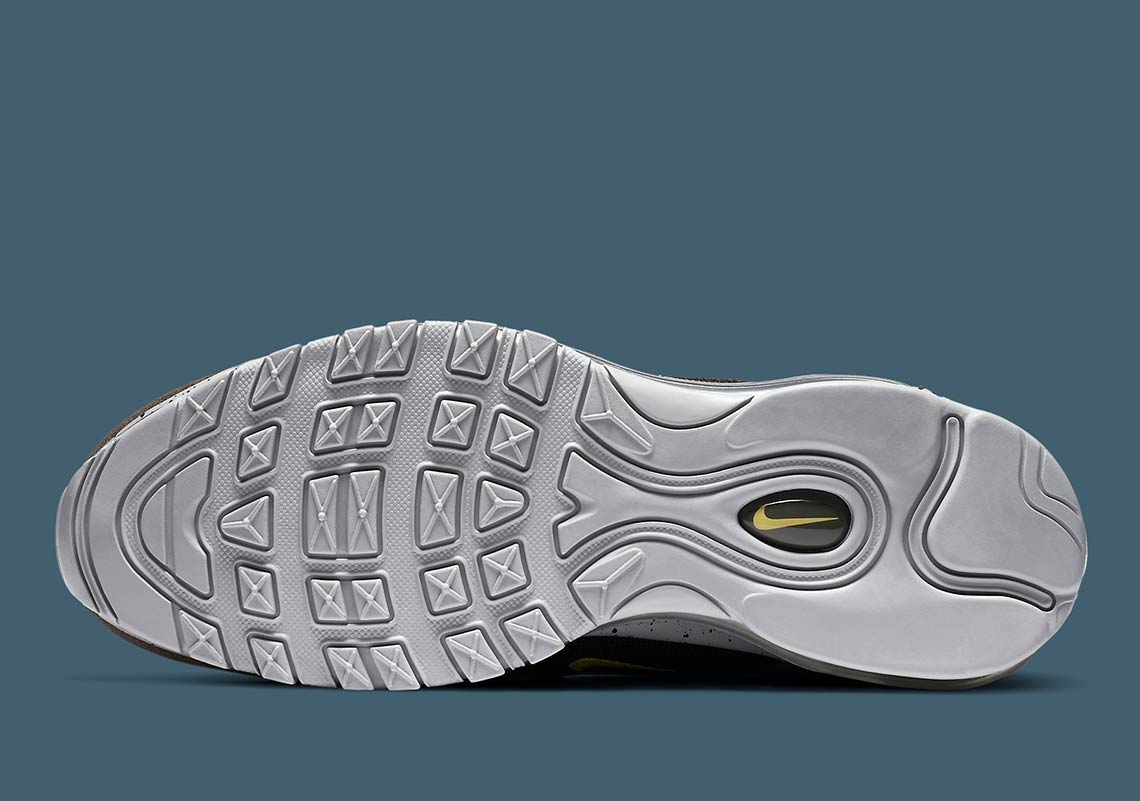 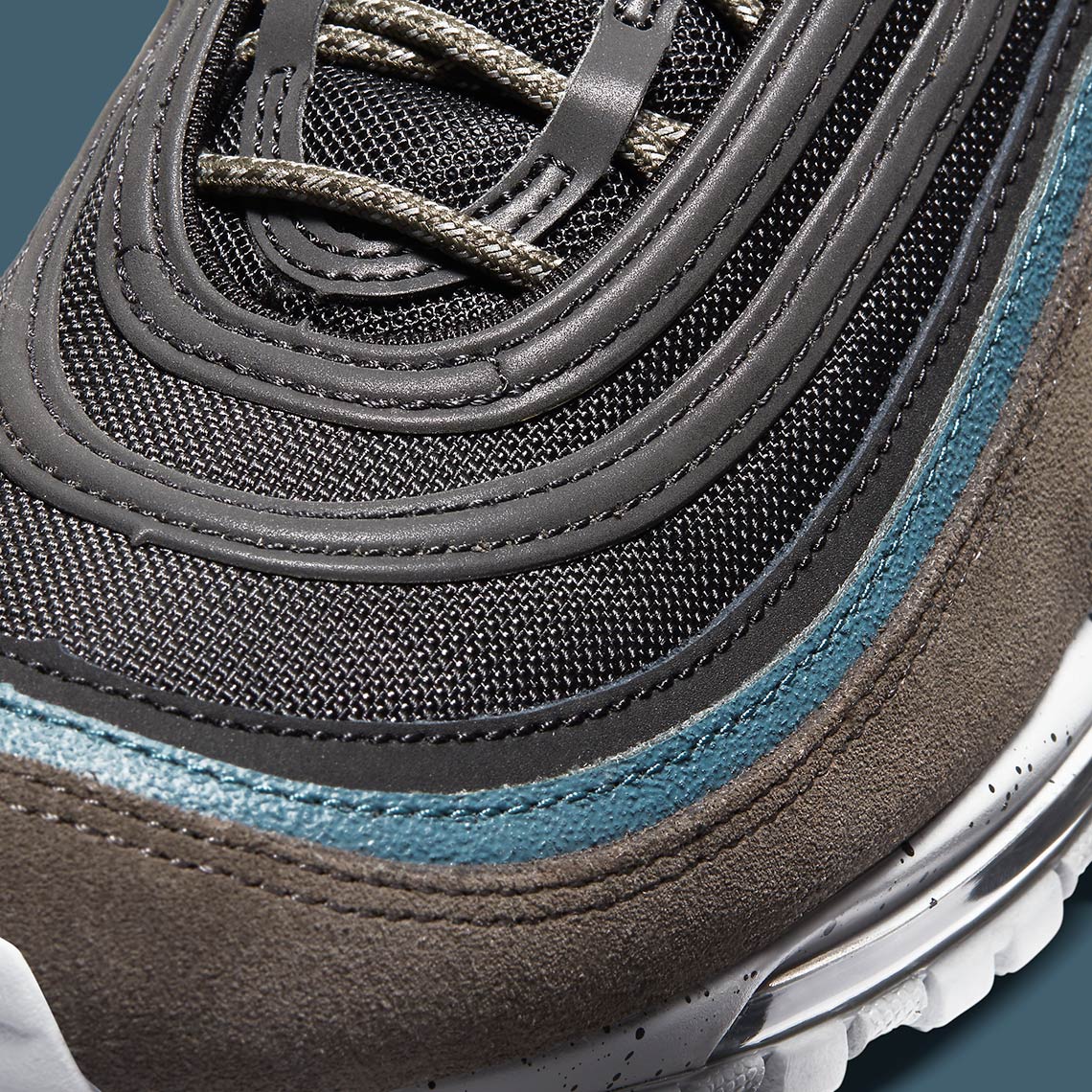 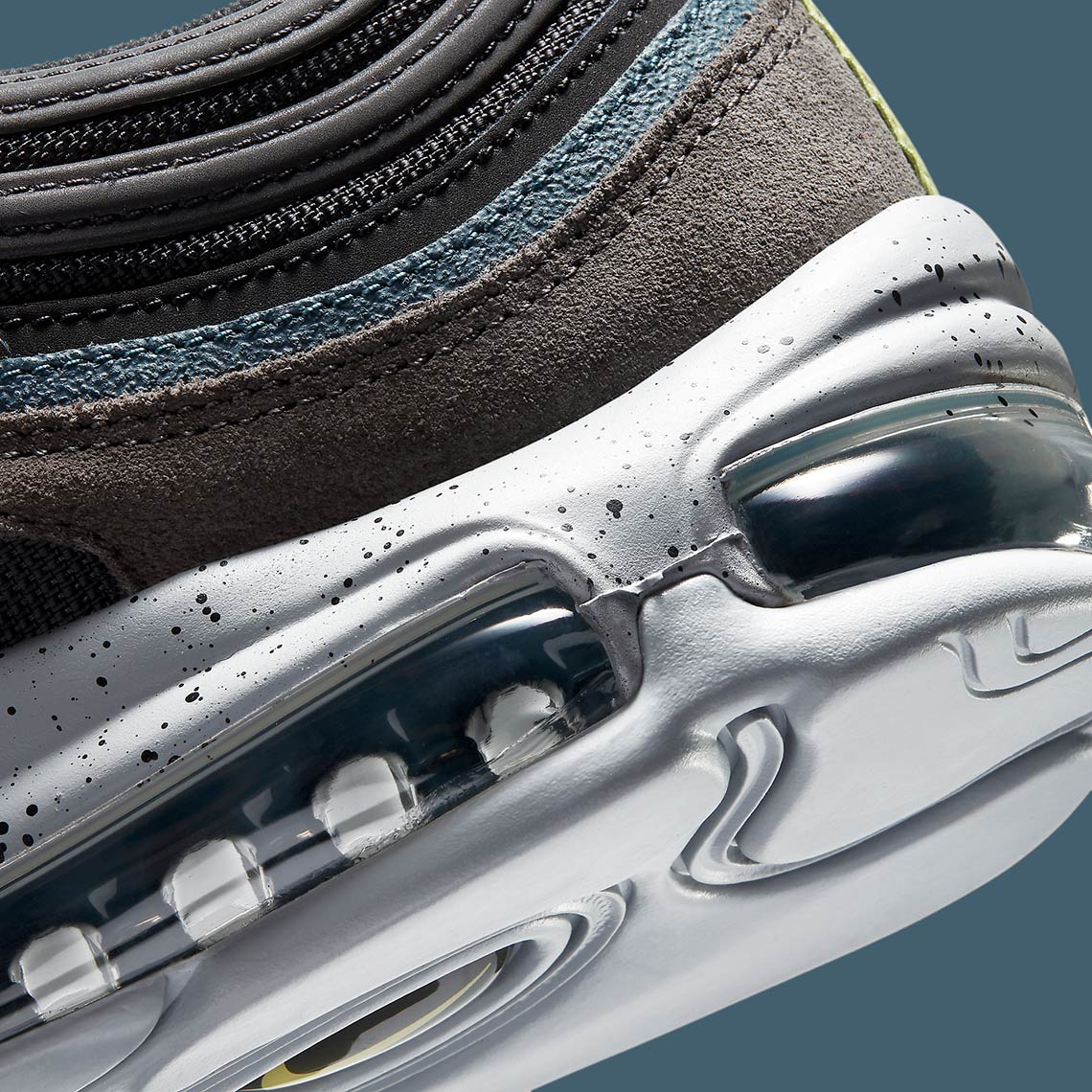