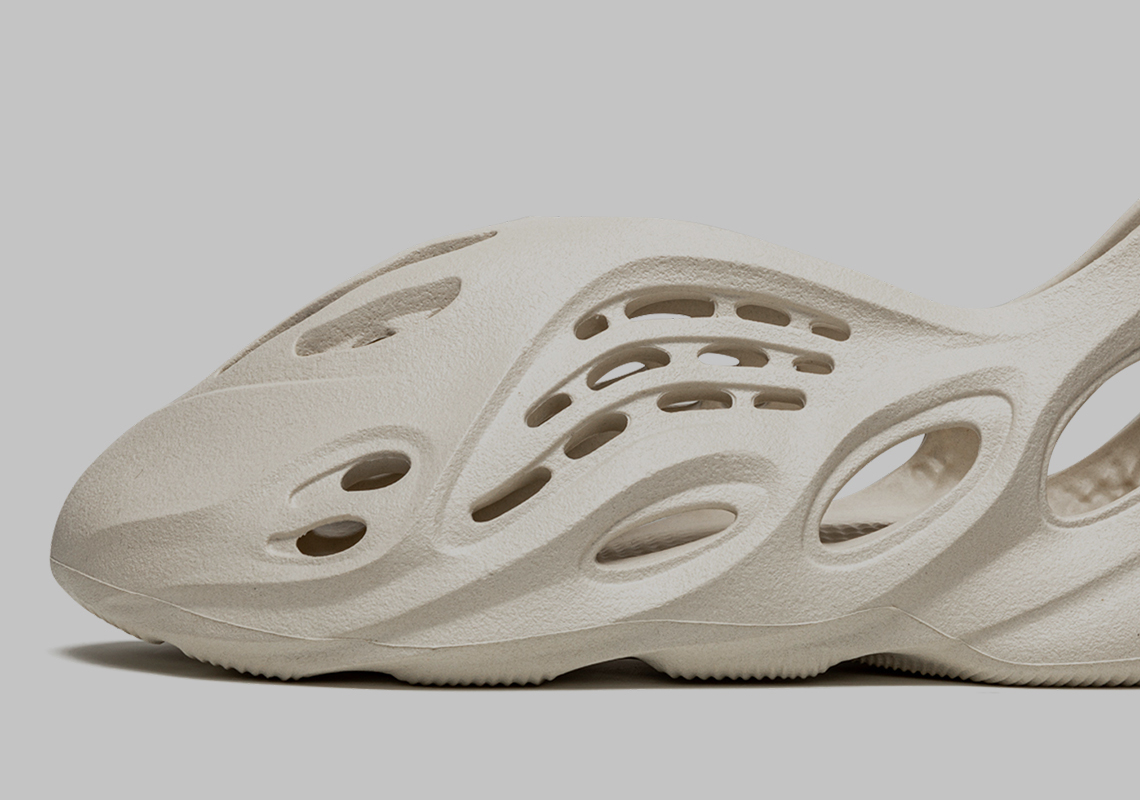 WHAT IS THE YEEZY FOAM RUNNER? AN OVERVIEW

Everyone’s talking about the Yeezy Foam Runner. But what exactly are they?

If you spent any time on social media, then you’ve likely heard that “Yeezys are dead.” But with the recent revival of the Yeezy Boost 700 and the proliferation of new silhouettes, that’s certainly no longer the case. And if we had to attribute the sub-label’s return to form to any specific model, it would have to be the Yeezy Foam Runner.

The Foam Runner’s journey started as early as 2019, when both Kanye and Steven Smith debuted the design during Day 3 of the Fast Company Innovation Festival. Alongside confirmation of moving his HQ to Wyoming, Ye also announced the shoe — then nicknamed the “Yeezy Clog” — would be near fully constructed of algae.

This was rather game breaking for both adidas Yeezy and the Three Stripes as a whole, as this would mark the most buzzworthy shift to sustainable materials. It was then that the German Sportswear Brand would further incorporate these practices with their mainline, something that has gradually become a big part of their current line-up.

Today, the Foam Runner is arguably at its most popular, offering new colorways en masse. And thanks both to an upcoming variety and its accessible retail price point, we may soon see the silhouette overtake even Crocs.

“…we may soon see the [Foam Runner] overtake even Crocs.”

What are Yeezy Foam Runners for?

What are Yeezy Foam Runners for?

The Yeezy Foam Runner is difficult to define. Though a lifestyle shoe at the end of the day, the silhouette melds multiple influences and ideas for something entirely brand new and unfamiliar to the Yeezy brand as we know it. Steven Smith, when referencing his time working with Kanye, even had this to say: “Together we create these things that are like resets of where the business is at.”

For the public, the Foam Runner is likely just an everyday shoe, its sustainable construction a small bonus. It’s quoted as offering immense comfort, whether to the bodega or to the bathroom just across the hall. And while the silhouette’s comparisons to Crocs are not without merit, the sentiment dramatically overlooks its intense, subversive design. 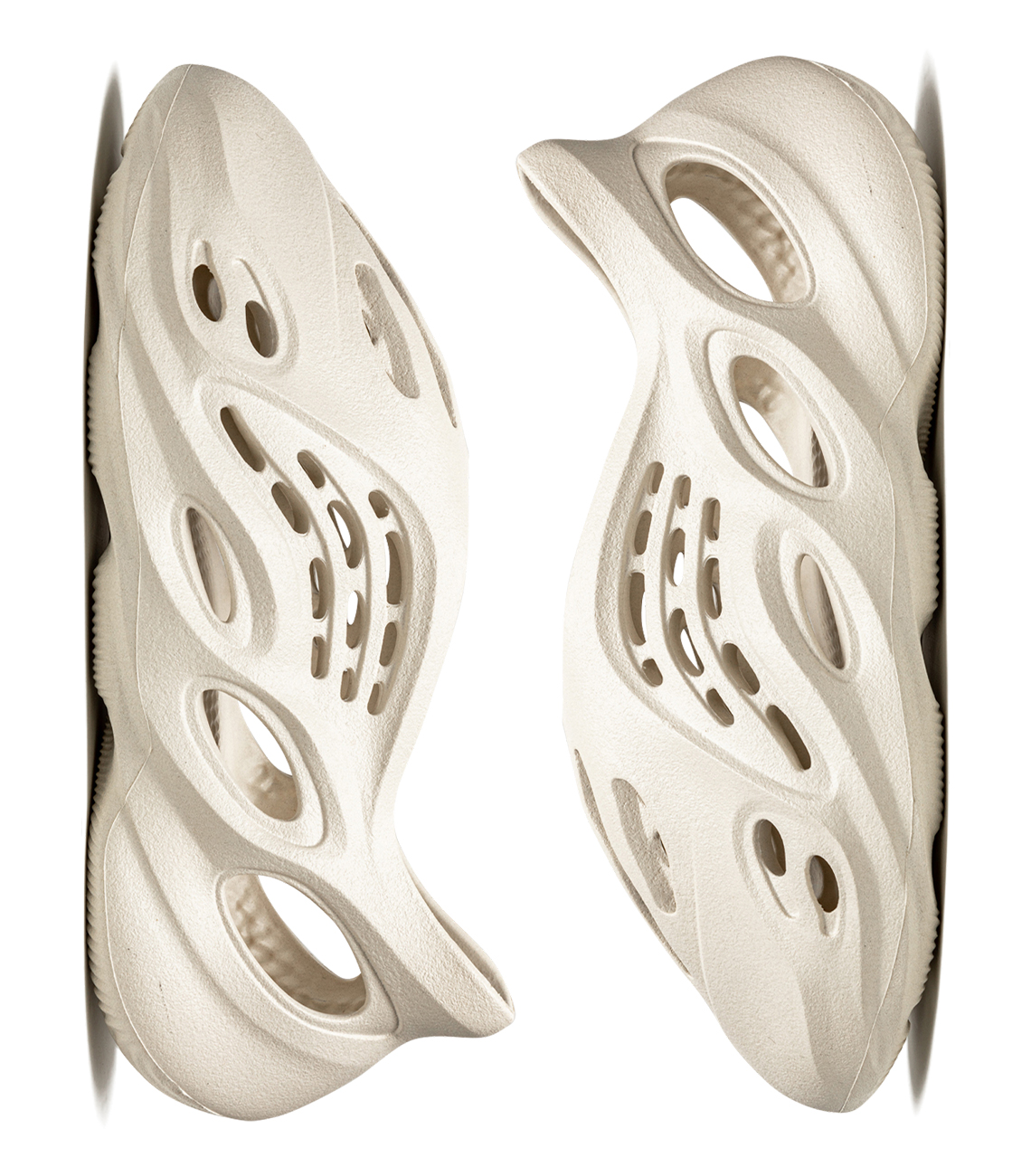 How Much Do Yeezy Foam Runners Cost?

How Much Do Yeezy Foam Runners Cost?

Since the partnership’s founding, Kanye is most famous for promising one thing: “Yeezys for everyone.” And in the years thereafter, the artist has largely followed through, gradually expanding the color depth and stock of standouts like the 350 v2, 700, 500, and so on.

This sentiment inspires even the Foam Runner, which, according to Kanye during his appearance on Joe Rogan’s podcast, would have retailed for $20 USD if he had gotten his way. The current $75 USD price point is still quite impressive, however, a middle ground between the artist’s intentions and the exorbitant prices many would prefer to charge.

Come June, if previous rumors are true, Ye may soon be able to have his cake and eat it too as his GAP collaboration affords even greater scales of production. Everything — from the overfit hoodies, cargo bags, and accompanying outerwear — are to be priced at $50 USD. Yes, this means the previously teased Foam Runners as well. There is one issue, though: as they’ll exclusively release through GAP, it may be a bit more difficult to purchase. 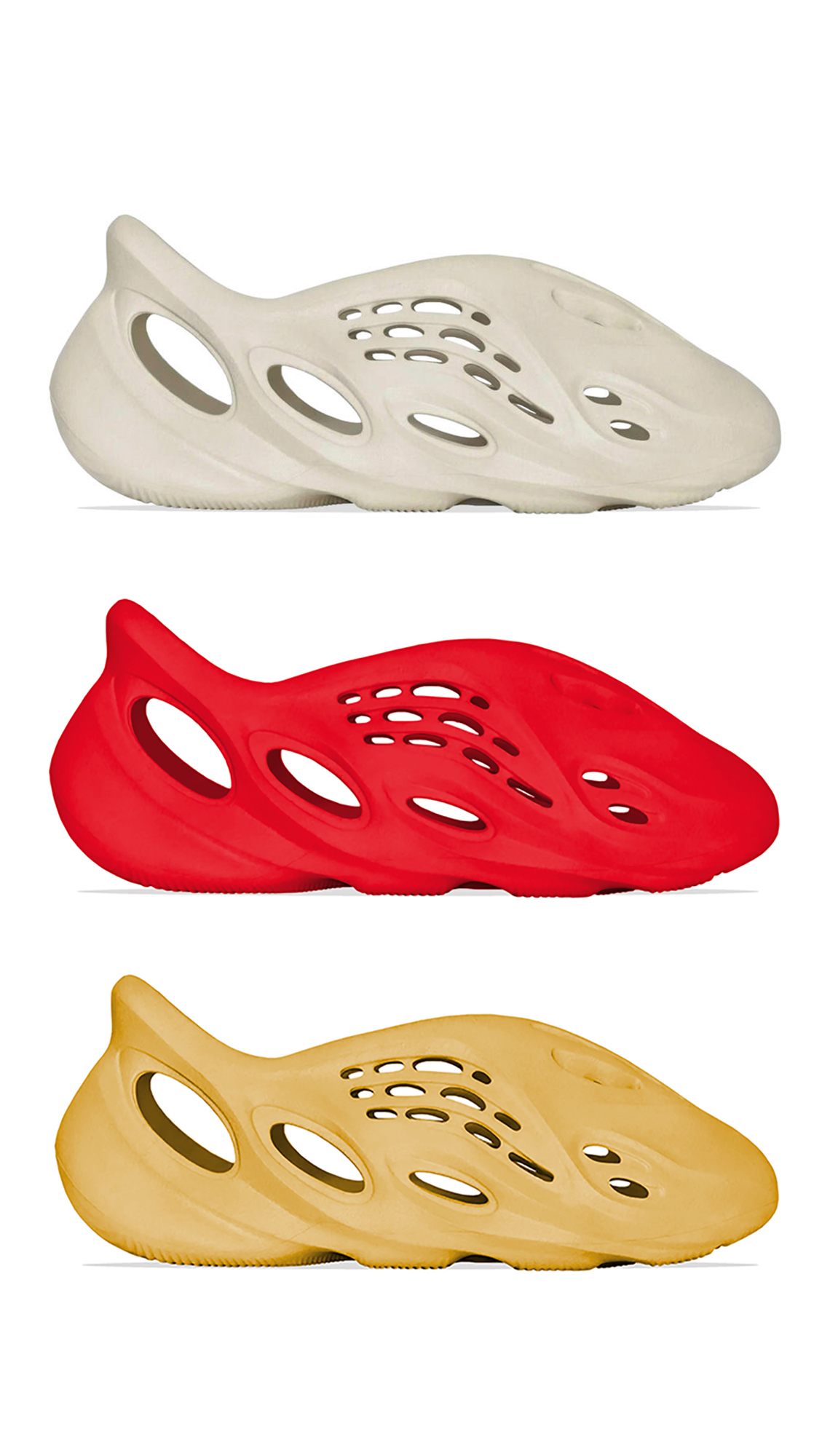 Where Can I Buy Yeezy Foam Runners?

Where Can I Buy Yeezy Foam Runners?

Today, though larger than a year ago, the Foam Runner’s store list pales in comparison to Jordan Retros, Air Maxes, and even Three Stripes collaborations. But this still shows some observable progress, considering the original “Ararat” colorway was only available at Yeezy Supply.

Recent sequels — e.g. the “Sand” and the “MXT Moon Grey” — have incrementally expanded the availability, adding boutiques like SSENSE, Sneaker Politics, BAIT, and more to the roster. This will grow with time, and it’s highly likely that future releases will be easier to purchase. adidas.com/Yeezy and Yeezy Supply also consistently offer all Yeezy offerings. 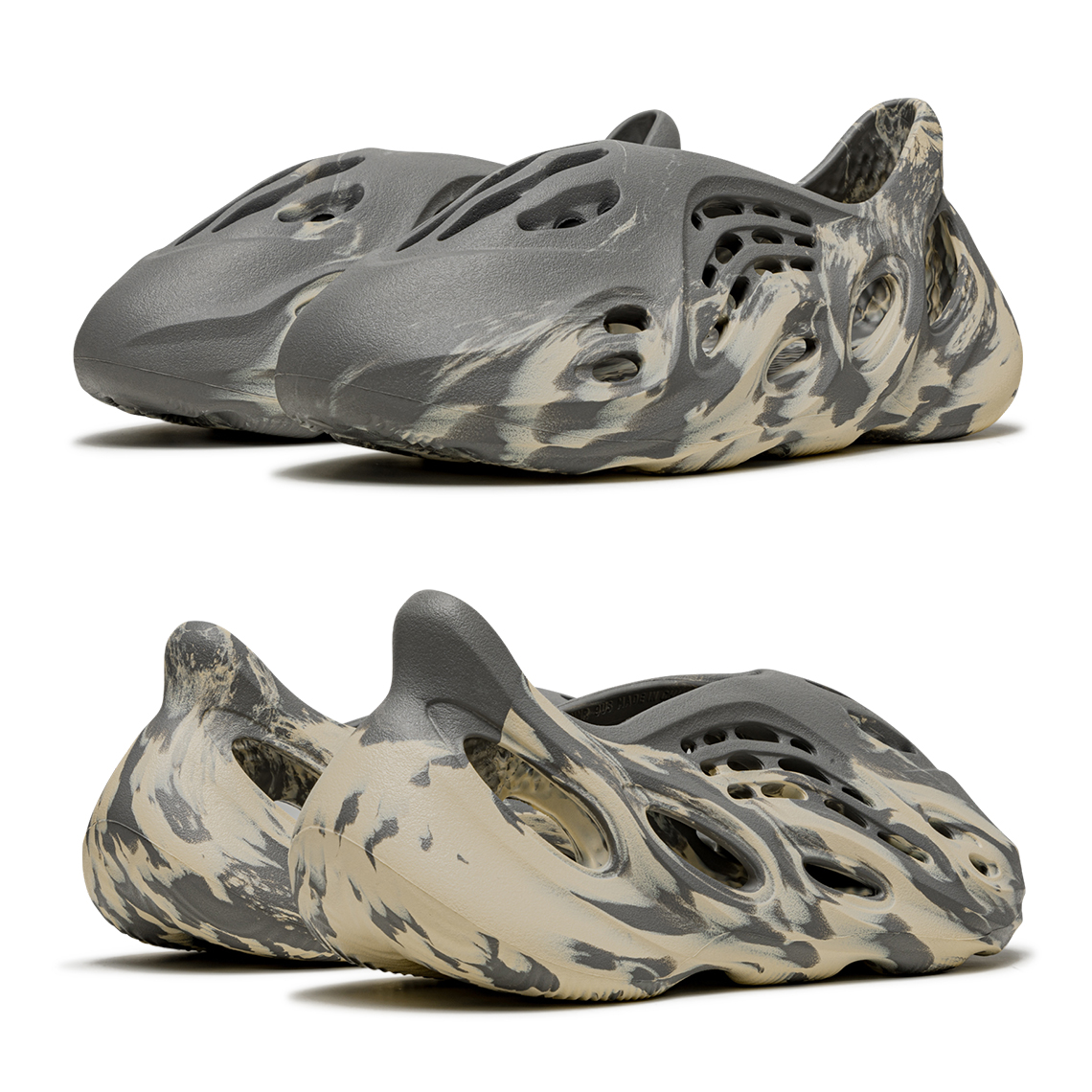 If you’re still after a pair of Foam Runners, then be sure to keep an eye out on the Yeezy Release Dates page. New colorways are surfacing constantly. 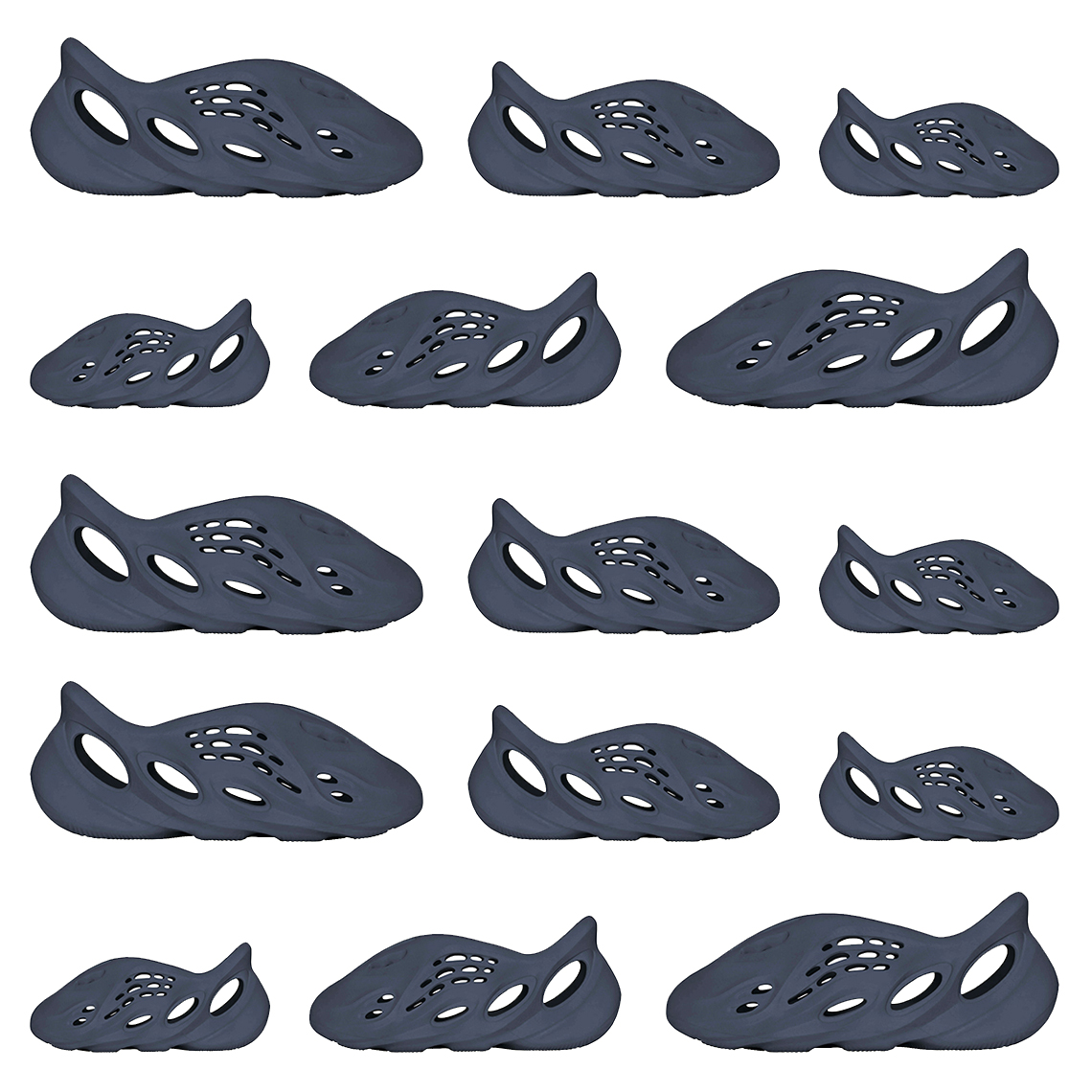