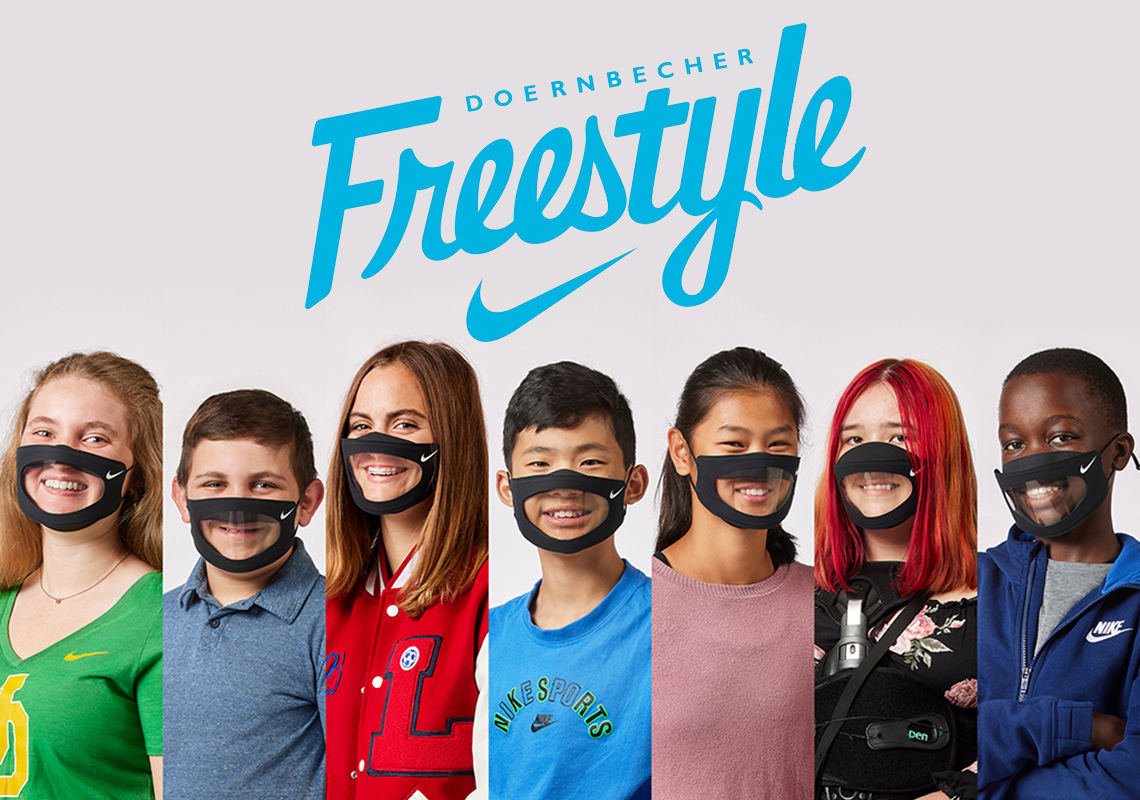 Once responsible for some of the most-coveted, exclusive Air Jordan retros, the Nike Doernbecher Freestyle program has expanded to include a more expansive selection of products from the NIKE, Inc. conglomerate over the last decade. Now in its of 17th iteration, the initiative – which began in 2004 in partnership with the OHSU Doernbecher Children’s Hospital – will unveil its latest footwear and apparel collection on February 25th.

Seven young patients at the Oregon Health & Science University’s children’s clinic have been employed to design their own product for the Swoosh family. In the past, models like the Air Jordan 4 and Nike Free Run 2.0 have served as canvases for some of the most creative minds to tackle Nike’s sneaker catalog. Ahead of the Doernbecher Freestyle XVII Collection’s officially unveiling, images of a special Air Jordan 5 Low designed by 11-year-old Michael Wilson have offered a glimpse of what to expect from this year’s charitable project. Wilson, who’s diagnosed with Krabbe disease, has brought his love of vibrant colors, sharks, mac ‘n’ cheese and more to the Jordans.

“Spitfire,” as the 11-year-old is nicknamed, opts for a “What The”-style color-blocking across the pair. Vibrant red, green, orange and blue cover the entirety of the low-top Jordan 5‘s mostly-nubuck upper. Detailing shaped like Wilson’s meal of choice appears throughout the upcoming Doernbecher Freestyle offering, with its most notable appearance arriving in the form of an all-over pattern etched onto the upper’s blue paneling. Appropriately enough, the latest take on Tinker Hatfield’s 1990 design opts for a number of graphics depicting sharks, while an eye-like image on the lateral profiles combine with the teeth-reminiscent accents on the midsole to resemble the aquatic predator. “MDW” initials are embroidered at the heel, just underneath the iconic Jumpman logo, further allowing the airplane-lover to leave his mark.

Enjoy early images of Wilson’s design here below (courtesy of Instagram user @teddyssole), as you wait for the full lineup to be revealed on Friday, February 25th, via a livestream hosted by OHSU. 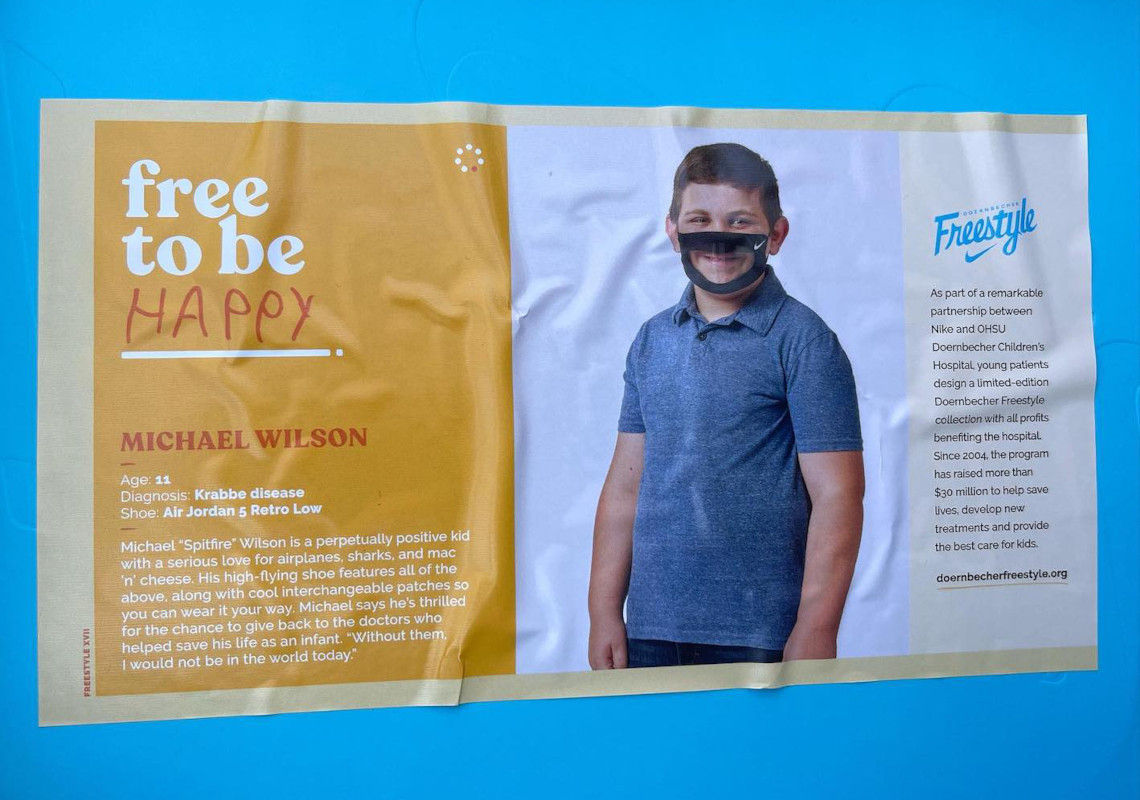 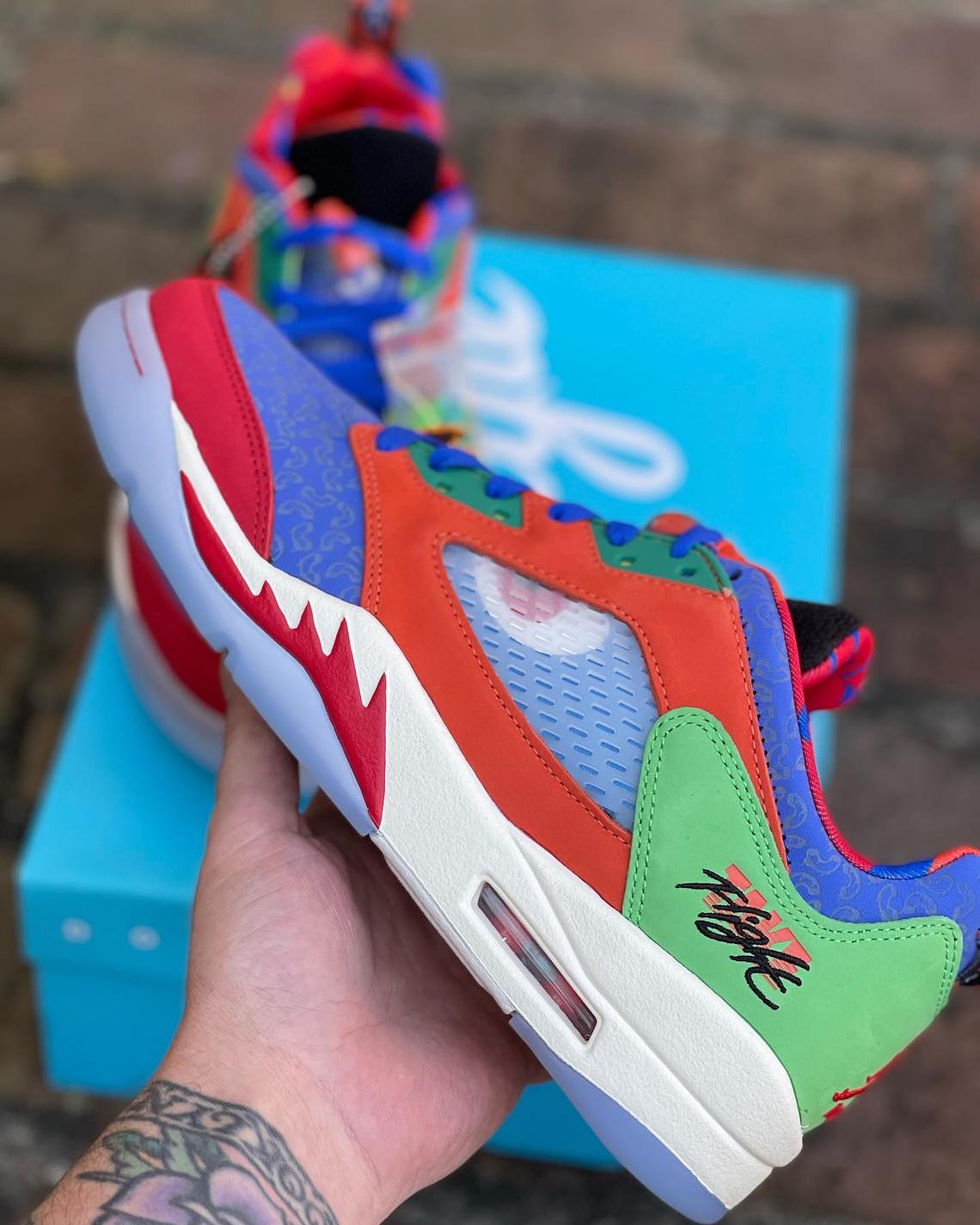 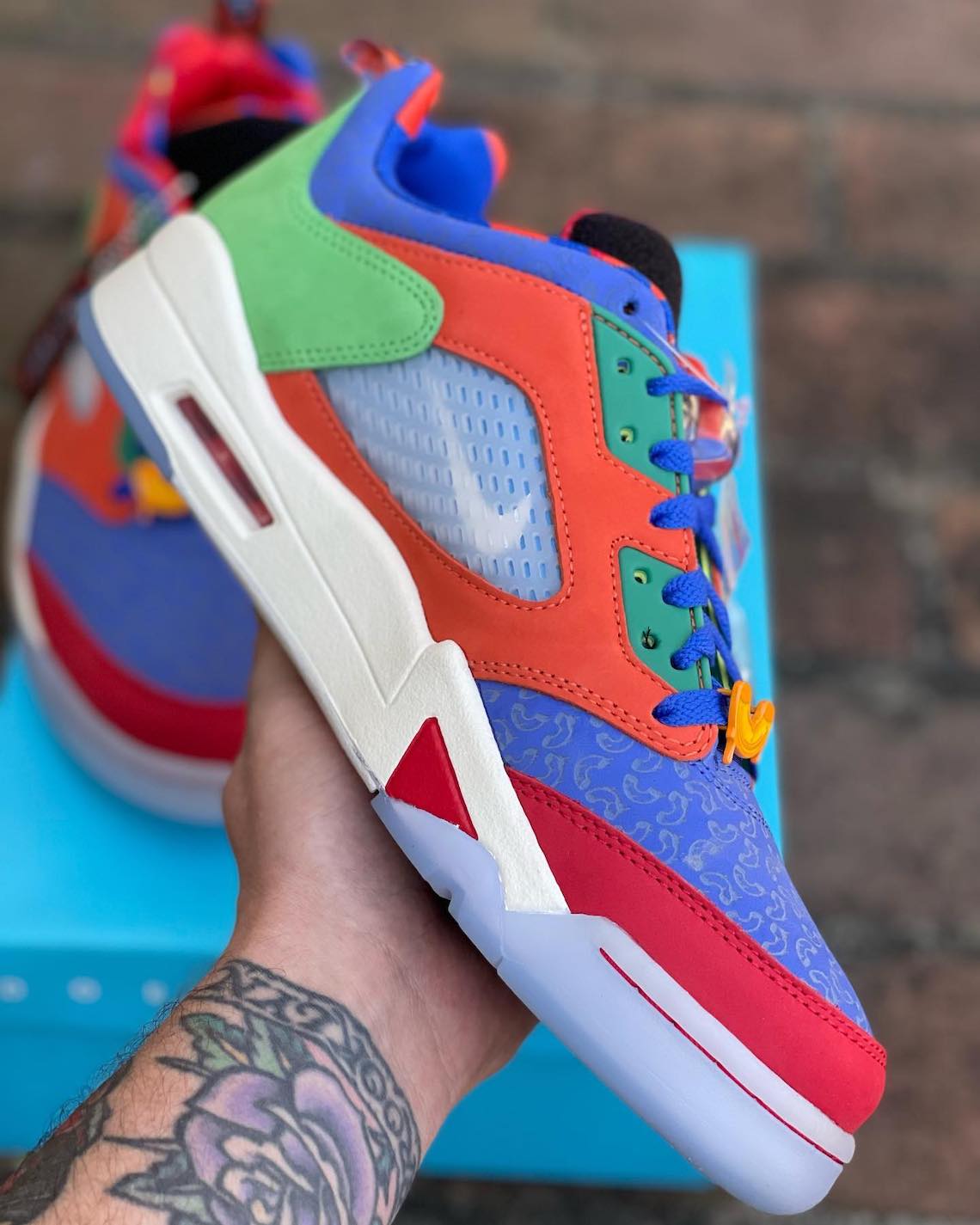 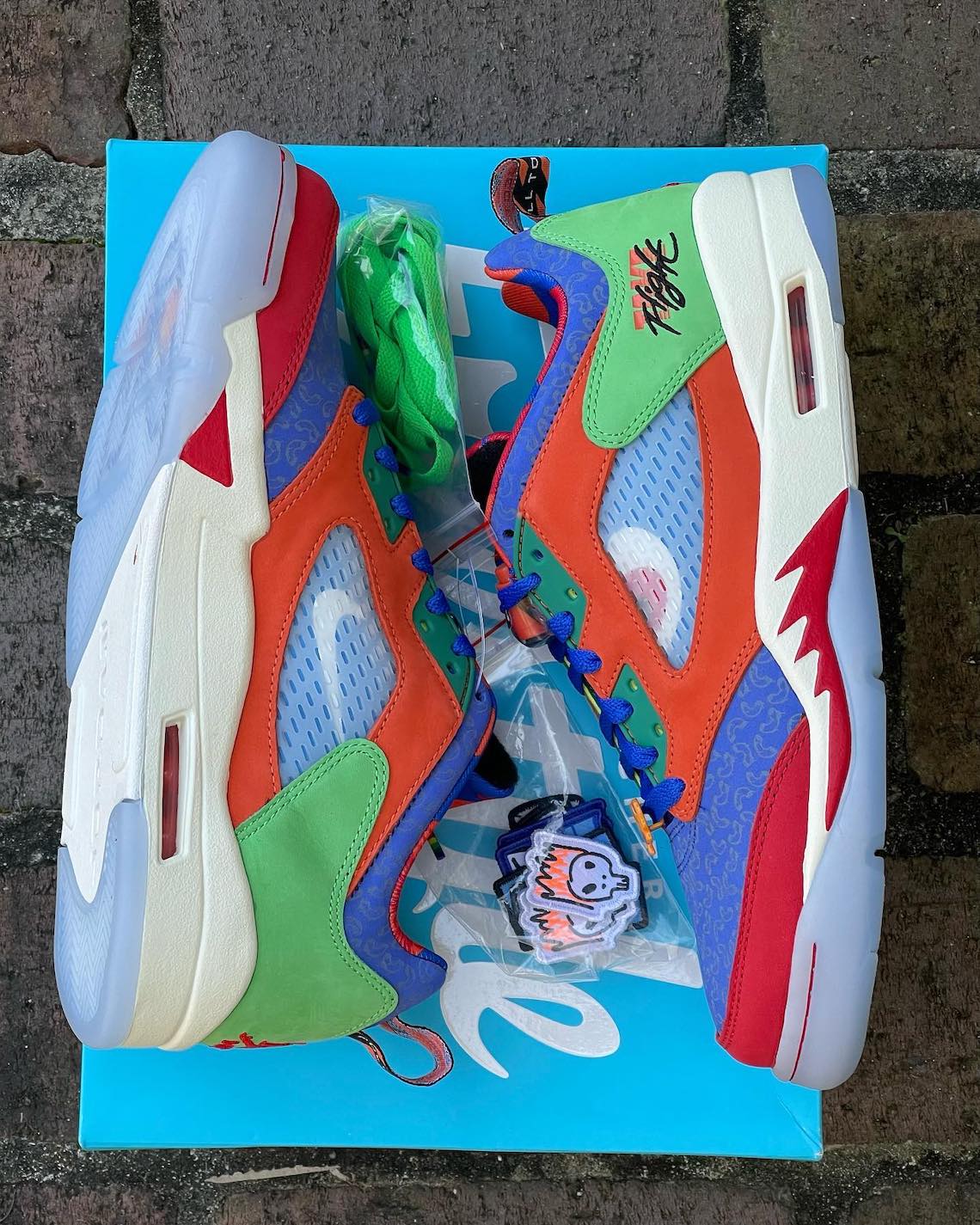 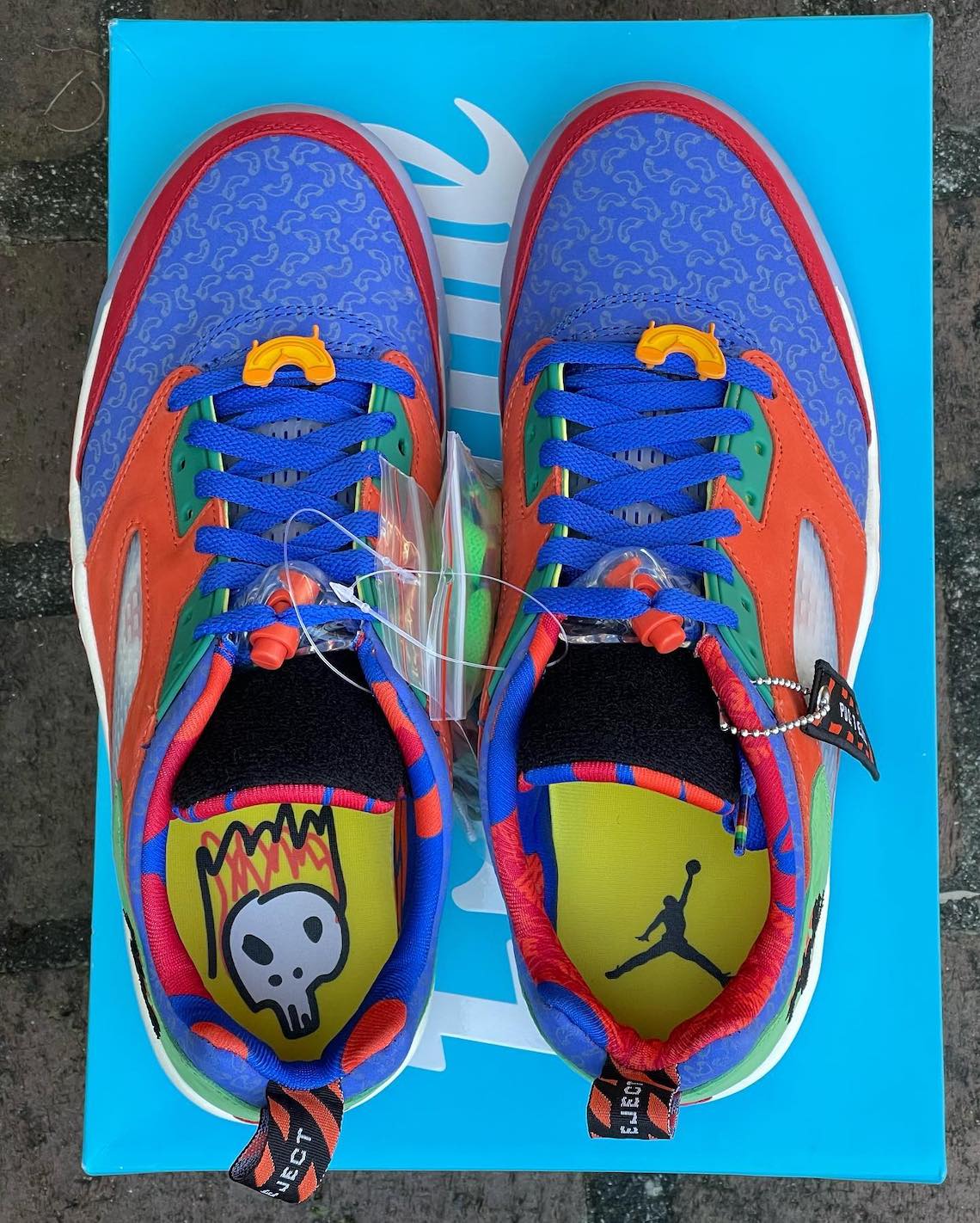 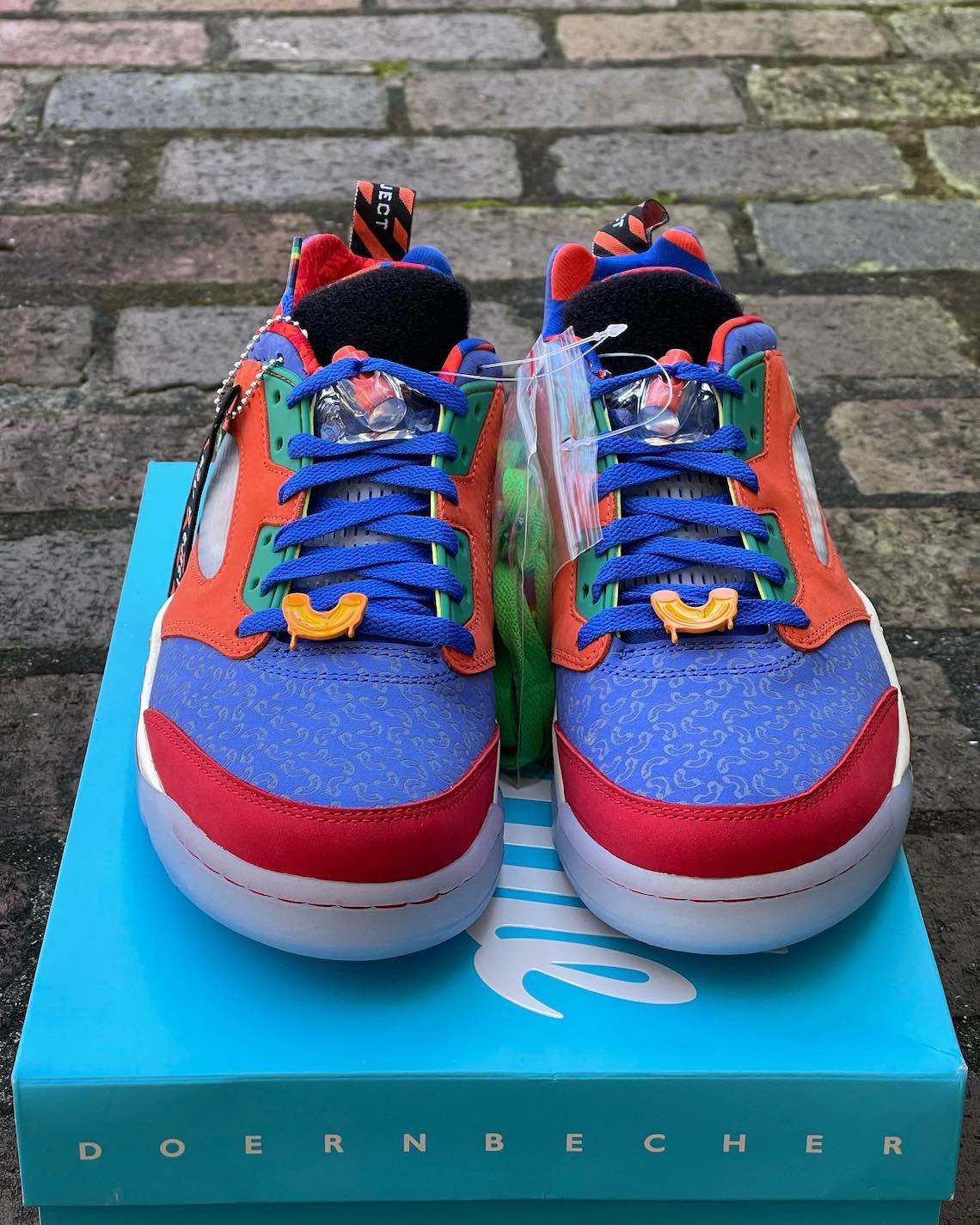 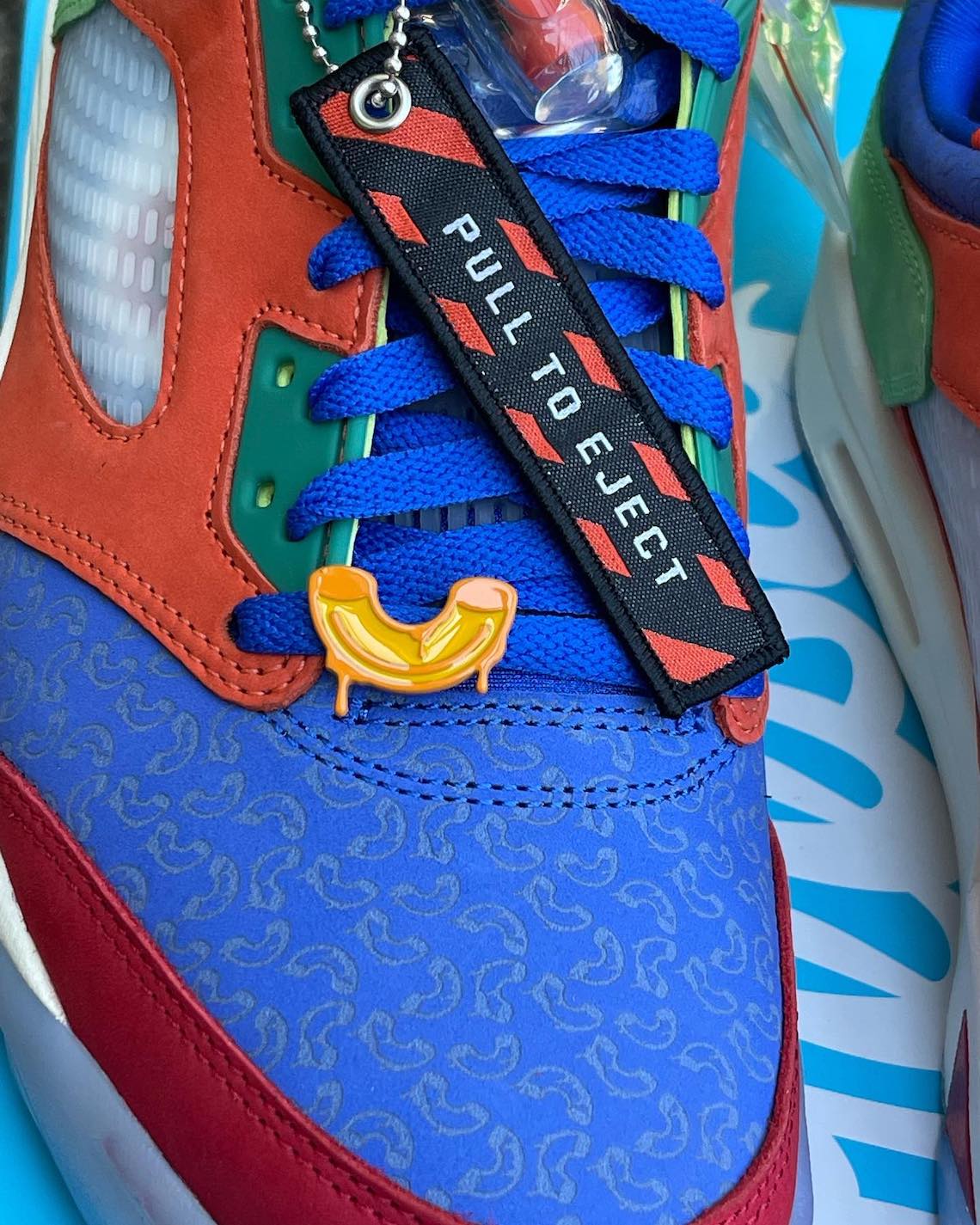 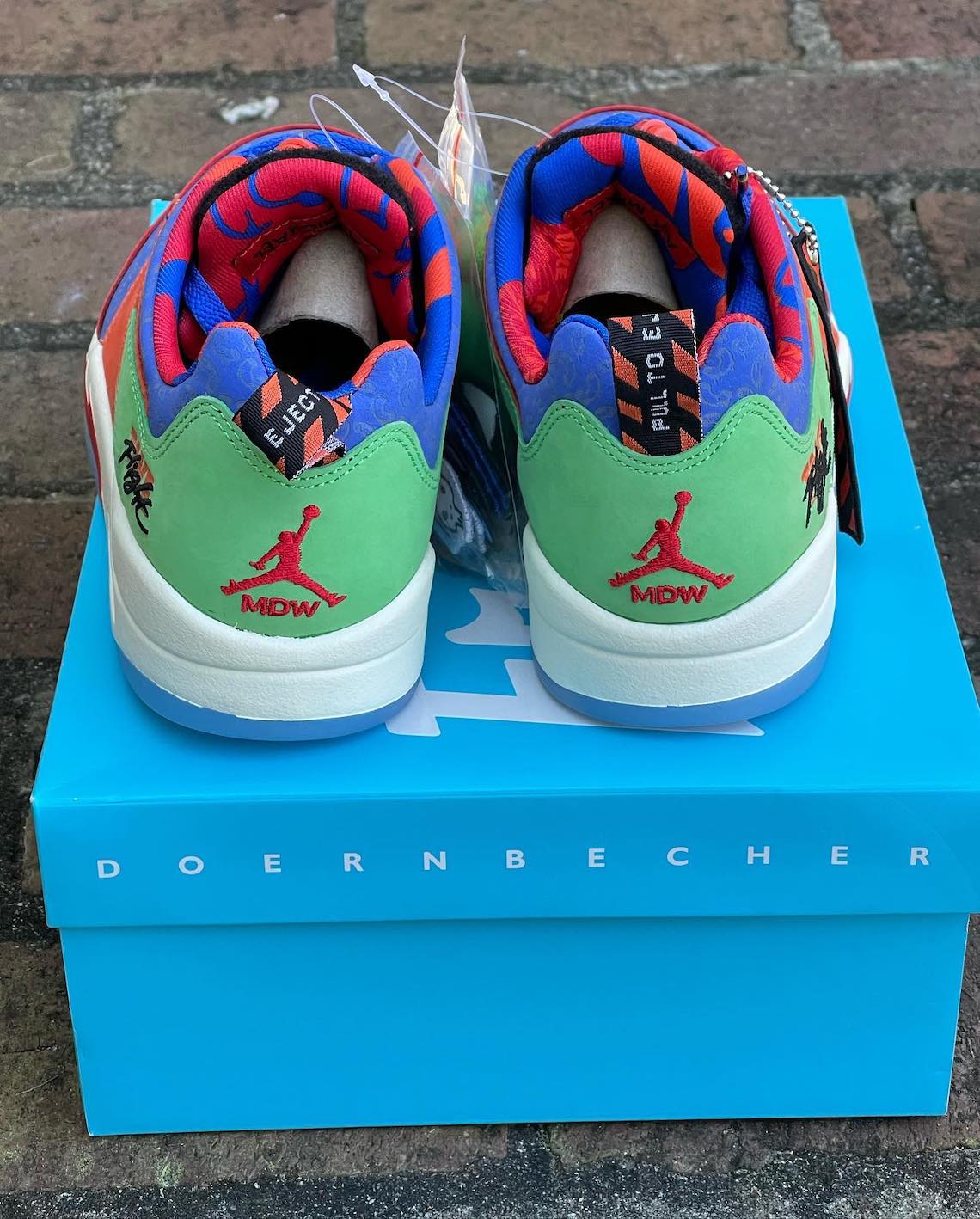 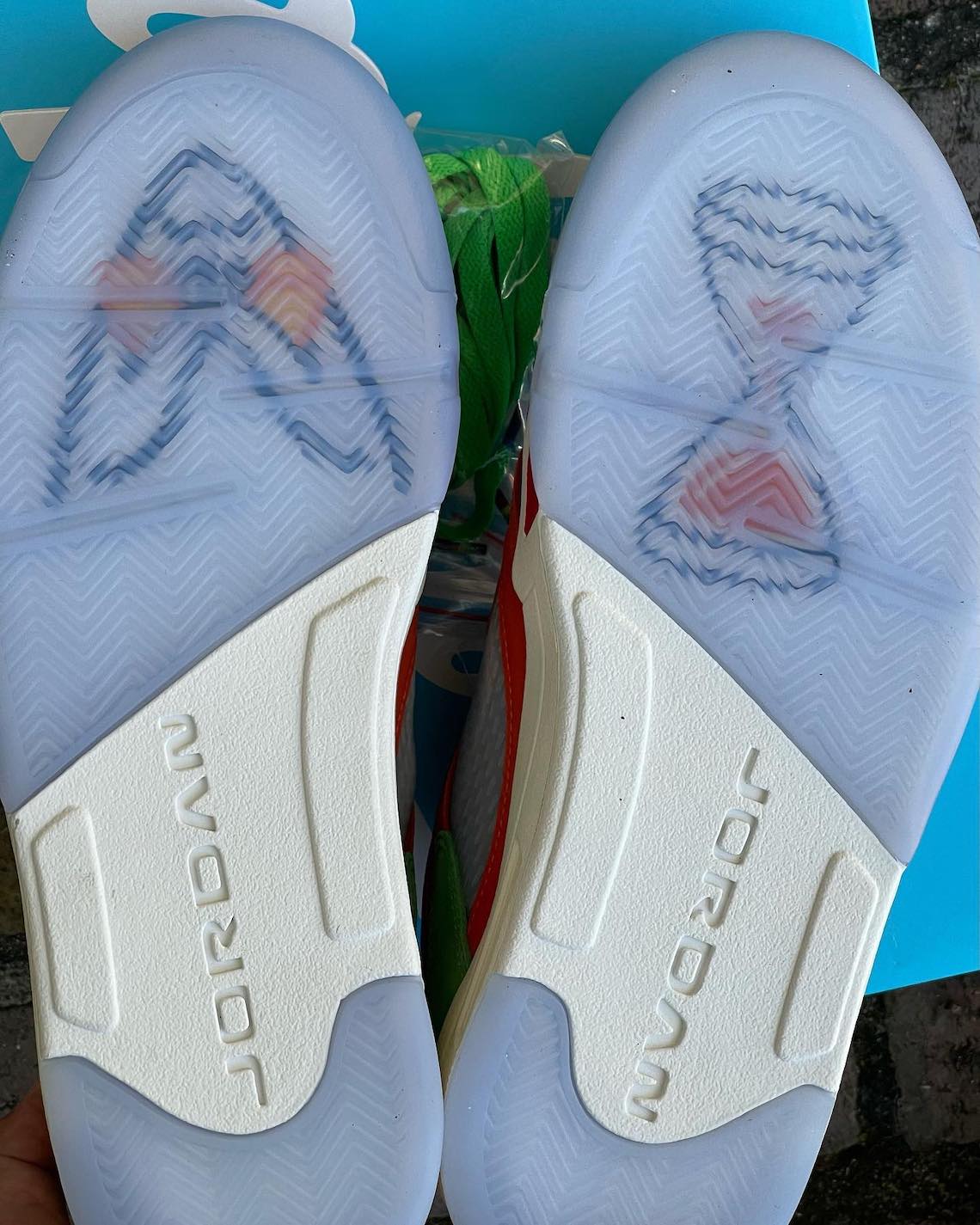 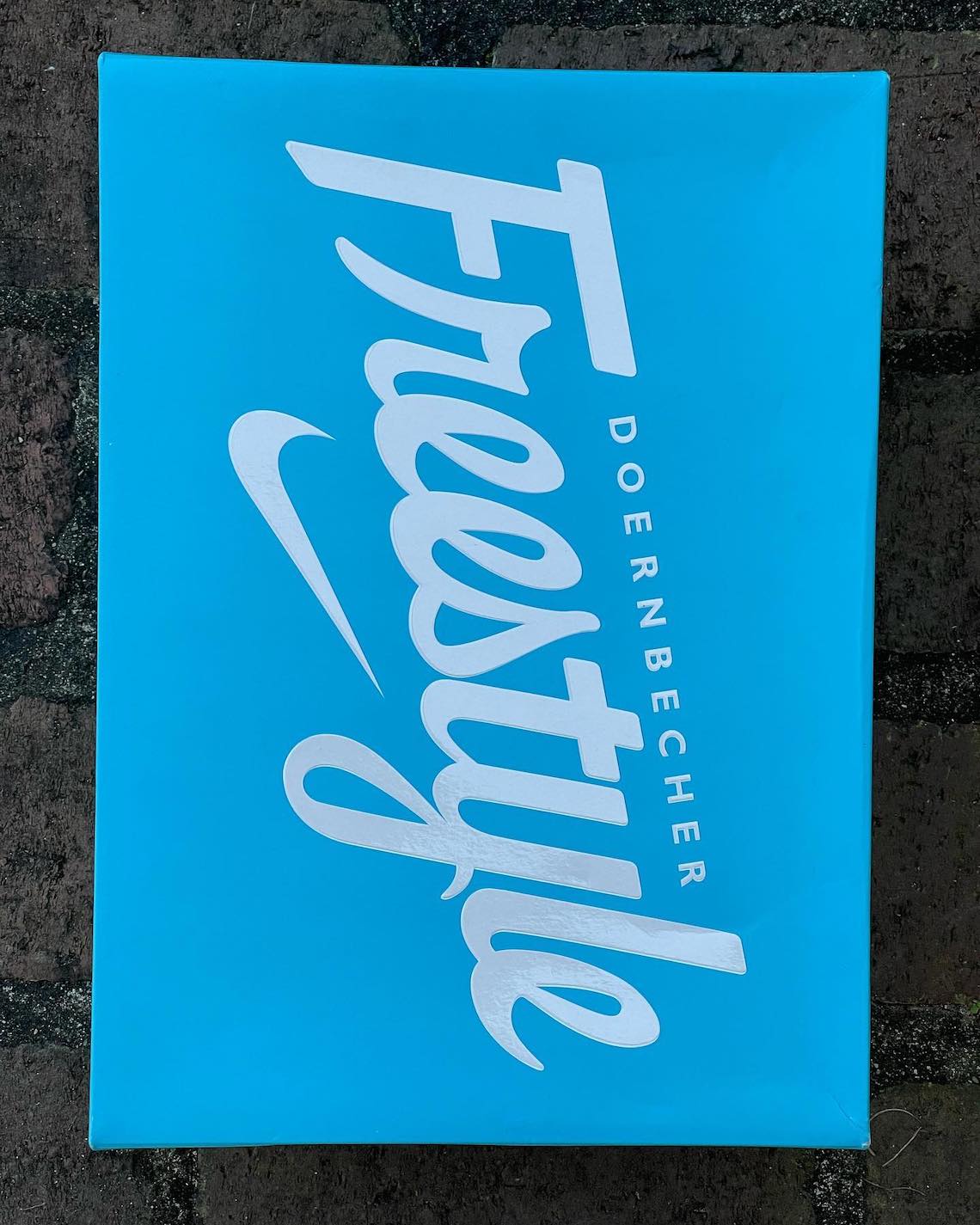