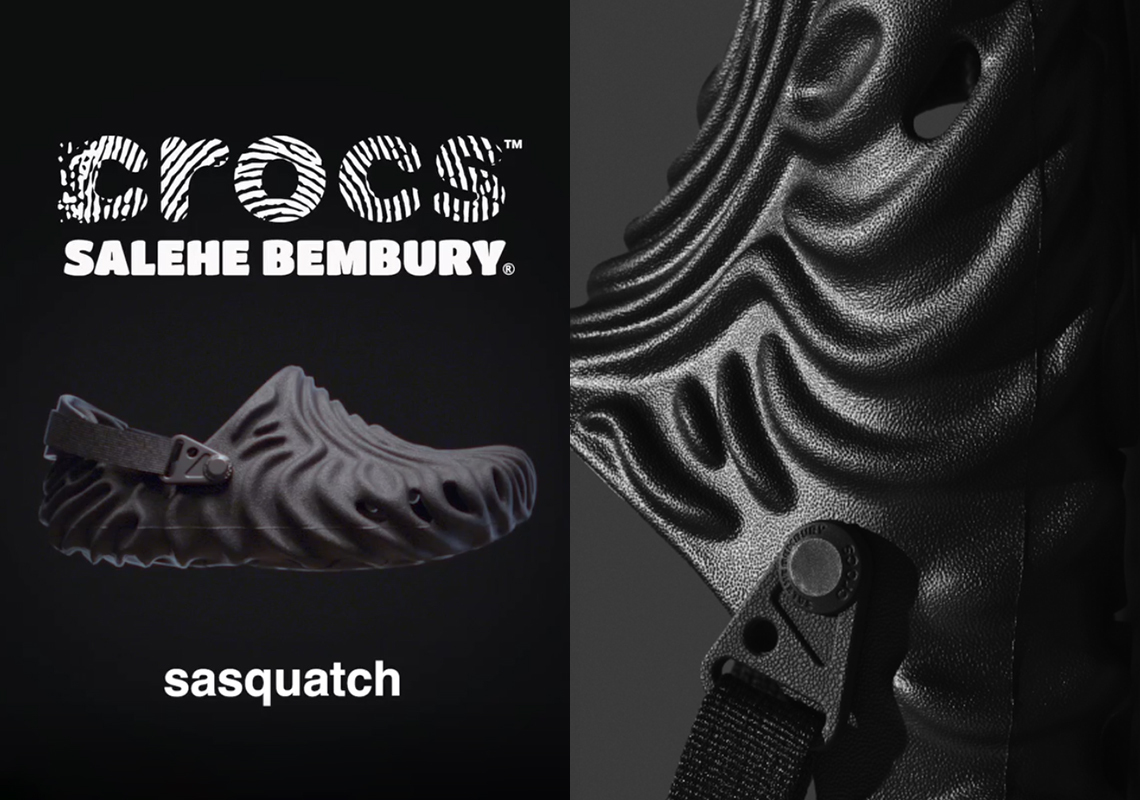 First teased in May by sneaker sleuth @brandon1an on Twitter, the all-black Crocs Pollex Clog by Salehe Bembury is finally set to release on November 10th.

Officially named the “Sasquatch” colorway, Bembury’s latest work with the Colorado-based company once again looks to nature, only this time replacing cherry blossom trees with mythical woodland creatures for inspiration. The New York-native’s fingerprint reprises its role across the outdoors-ready design, with hardware at the heel and traction underfoot blending in with their surroundings unlike on the preceding “Kuwata” pair. Together, each aforementioned component makes for one of the most anticipated styles of the coveted Salehe Bembury Crocs. Production numbers for the “Sasquatch” drop haven’t been – nor are likely to be – released, but it’d make business sense for the gator-inspired company to mass produce the black-on-black slip-on.

Bembury’s next collaboration hits beaspunge.com on Thursday, November 10th, at 12 p.m. ET/9 a.m. PT. The pair will be priced at $85 USD and will likely drop via crocs.com at a later date.

For more footwear news, check out the Air Jordan 1 “Lost and Found” arriving for the family on November 19th.