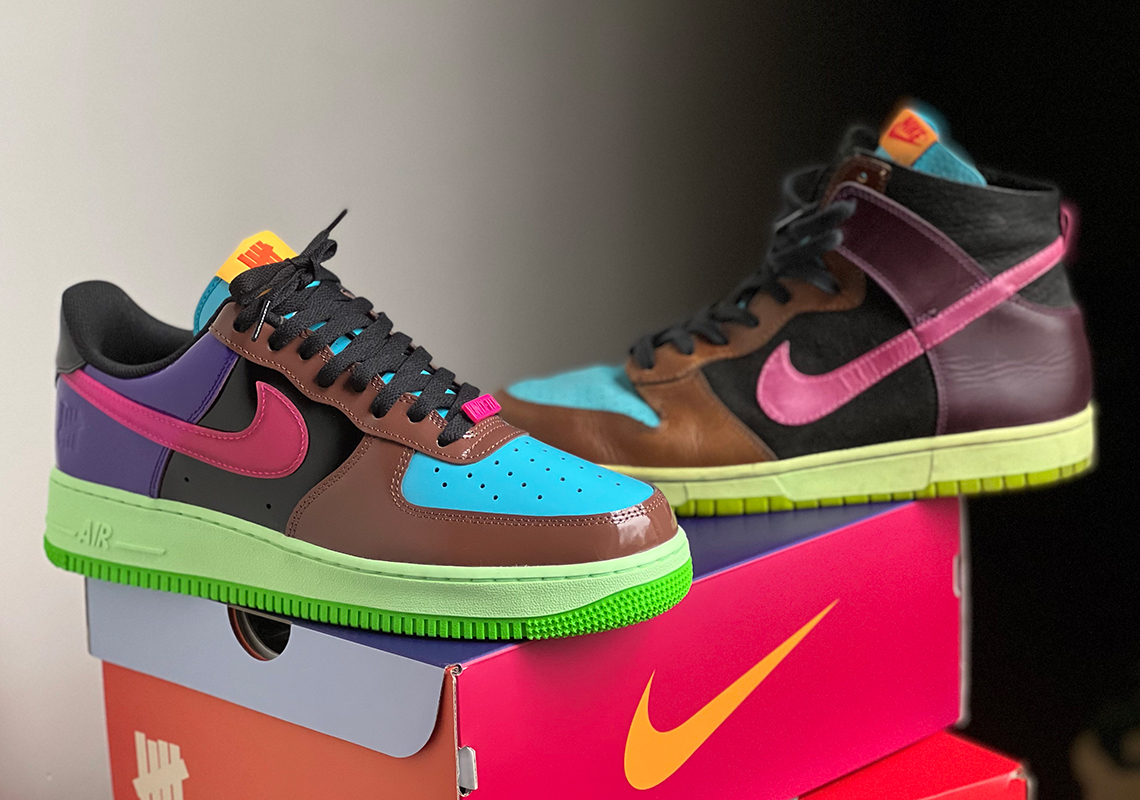 Undefeated’s encyclopedic catalog of collaborations easily reads like a history book on sneaker culture. There’s the Air Jordan 4, a mythical creature of sorts, for which the very few remaining deadstock pairs seem to switch hands of high-end collectors: the Air Force 1, the sneaker that allegedly cost Vincent Chase twenty stacks, a reasonable price to put a smile on Turtle’s face; the Kobe Protro series, an ongoing love-letter to the Black Mamba. You name it, they’ve done it, and they’ve done it exceedingly well.


One such collab that has been a trending topic in recent days is the Nike Dunk Hi NL, part of the famed (and hugely underrated) Clerks Pack. A quick recap: Back in 2005, Nike tapped the world’s preeminent sneaker retailers of the world to give some classic retros a go. Few stood out like the unconventional blend of brown, blue, purple, and a few other shades that seemingly had no business being linked together. It was a mad hodgepodge of tones that somehow culminated into something of beauty, but as we learned nearly two decades later, there was so much heartfelt investment hidden within the design.

I was going to Home Depot and looking at paint colors – looking at pinks, blues, teals and greens and then would come home and hang the swatches up in my office.

In catching up with Fred Lozano, then Undefeated’s first store manager of the iconic La Brea store location and now the brand’s global Chief Operating Officer, we uncovered the true genesis of the colorway while discussing the Multi-Color Patent Pack of AF-1s. “My wife was pregnant at the time and I was in the middle of designing a room for my daughter. I found out the sex but she didn’t want to know so she put me in charge of designing the room.” In short, the Dunk was an anti-gender reveal which first began as a home project for Fred, who himself birthed an all-time classic. “As I was designing for the Nike project I kept referencing the color swatches for the room and decided to design this colorway for her. I landed on the final design – pink, teal, green and blue with brown and black added to keep it a bit more democratic.”

The similarities between that 2005 release and the upcoming November 18th release of the Air Force 1 Low SP “Pink Prime” are obvious in the most refreshing way. Unearthing the true story behind the design is the real prize, especially for those who’ve been shoe-obsessed before the age of social media.


As it turns out, the entirety of the Multi-Color Patent Pack is a nod to that infamous cluster of shops on La Brea. Fred nonchalantly tells us: “At the time in 2005, Jesse Leyva was on the Nike side leading this project as a designer/Product Line Manager, and the other two shop kids designing for the Clerks Pack were Chris Gibbs from Union and Adam Weissman who at the time was at Stussy. Jesse, Chris, and Adam have each contributed to the design of this Multi-color Patent Leather Pack, so you could say this AF-1 pack was designed by the OG Clerks Pack crew.”

What can we do with the AF-1 that hasn’t been done in a while? The design team immediately thought, why not bring patent leather back?

Fred on how Undefeated decided on patent leather

So while Undefeated’s logos are pressed into the patent leather of the shoes, a larger imprint of the industry’s most revolutionary figures exists within this release, while the choice of the glossy material itself points back to a time where the most coveted Air Force 1s featured the flashy finish. Right around the release of the Clerks Pack in 2005-2006, AF-1s outfitted with patent leather were the craze; Kiwis, Halloweens, Houston Astros — it was unquestionably one of the fondest timeframes for AF-1 fanatics and Undefeated’s efforts to pay homage to the past is clear.


Aside from porting over the exact color package from the Dunk, the design team brought on some new elements — a rubberized translucent Swoosh, newly patented Nike clip-on lace dubrae, and a printed insole pattern and the box. Most importantly, the AF-1 bears the badge of honor, with the five-strike logo utilized on the tongue and heel (the Clerks Dunk featured no such logos, as did no other release and its respective designer).