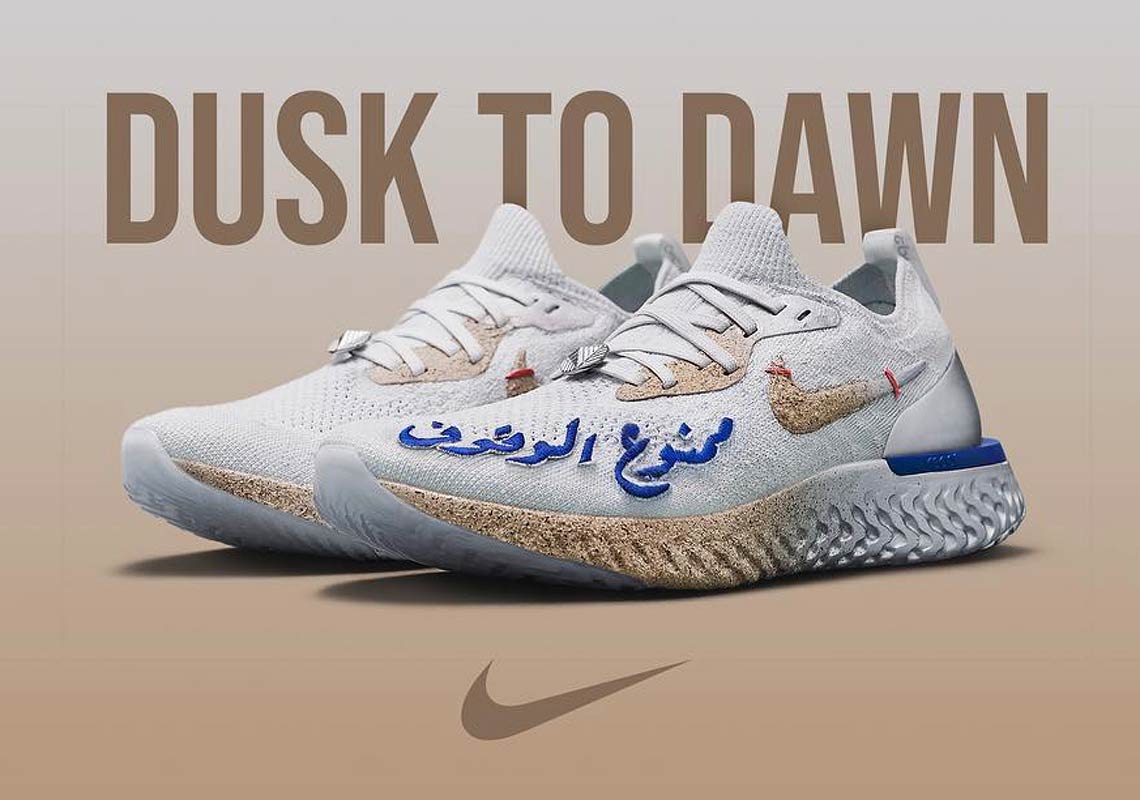 After being unveiled in an extremely colorful “Belgium” colorway that will purportedly be limited to only 1,888 pairs worldwide, Nike’s futuristic Epic React is set to arrive in a special “Dusk To Dawn” iteration, this time limited to a mere 30 pairs. The special sneaker was created by Ali Cha’aban, a Saudi Arabia based artist who drew his inspiration for the shoe from the streets of Lebanon, his home country.

The extra-special Epic React features a clean white Flyknit upper adorned with a gold/silver swoosh that also boasts red detailing. Further metallic gold and silver hits arrive on the shoe’s lacing system and a silver heel cage adds a little extra to the luxurious look. However, the upper’s main feature arrives via bold blue Arabic detailing embroidered on the lateral side of the toebox, symbolizing the aesthetics of the Lebanon streets and the true meaning of never slowing down. The shoe’s look is completed with a two-tone gradient midsole that fades from a speckled gold by the toe to a metallic silver by the heel.

Want a pair? You won’t be able to buy online from the comfort of your home or head to a store for a pair-it’s going to require some physical activity, and a healthy dose of good luck to boot. The special run of 30 will not see a retail release, instead being given away as part of a random raffle. The only way to throw your name in the hat is by completing two night runs (between 6PM and 6AM) of at least 2 KM before June 14th while using the Nike + Run Club app. Even if you’re able to hit that mark, you must also live in either the United Arab Emirates or Saudi Arabia to qualify. Enjoy another look at the ultra-limited shoes below, and let us know what your favorite Nike Epic React colorway is as well. 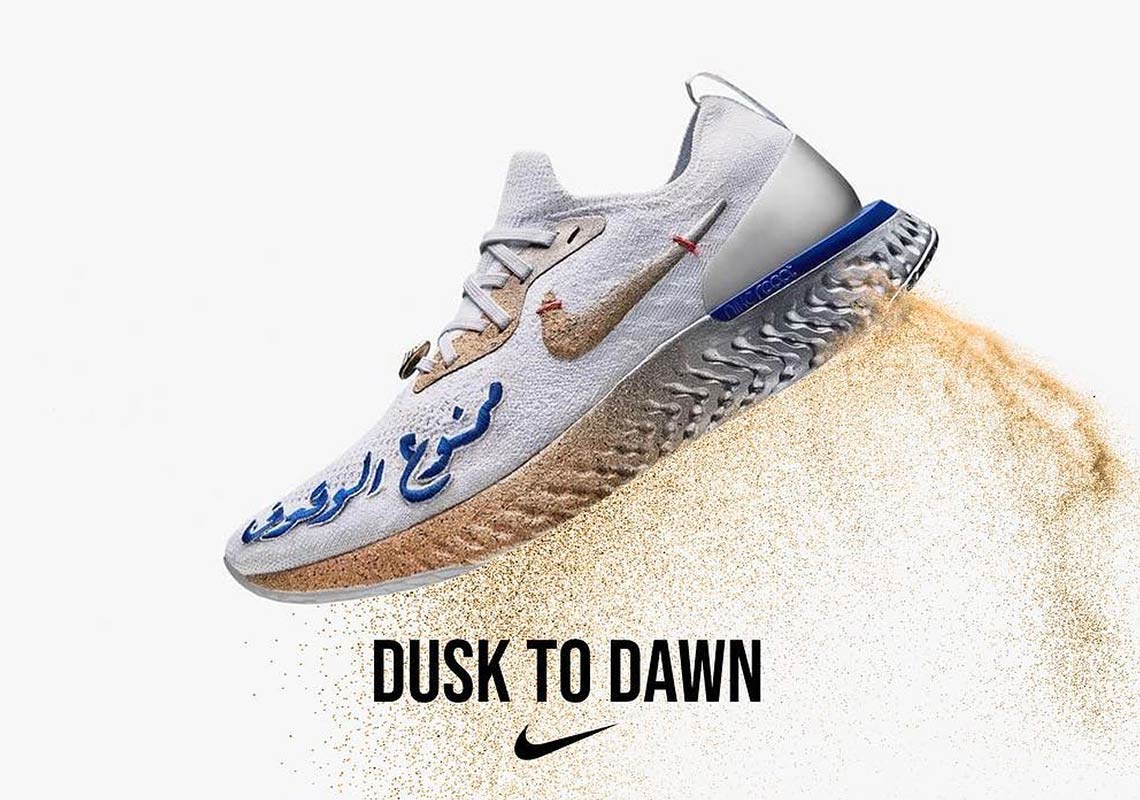