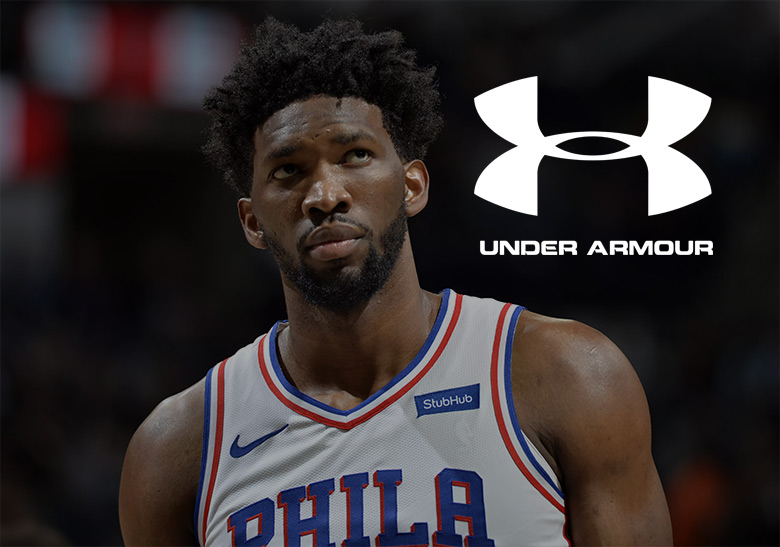 Philadelphia 76ers’ All-Star Center Joel Embiid has signed a five-year sneaker/apparel endorsement deal with Under Armour. Joining a basketball roster headlined by the industry-shaking Steph Curry, the young and talented Dennis Smith Jr., and many more, Embiid and his prowess both on and off the court could have a positive impact on the brand’s presence in the basketball footwear landscape. While big men are historically known for struggling to help move footwear units, Embiid jokingly said, “There’s a stereotype about big men that can’t sell shoes. When I look at myself, I’m not a big man; I’m a guard. I can do everything on the basketball court.” Details surrounding the financial specifics of the half-decade contract haven’t been disclosed, but it is expected to make the Cameroonian national the richest big man in the Association. Having also received lucrative offers from Puma and New Balance, Embiid decided on the Baltimore-brand for its resources, their ability to make JoJo custom-made kicks, and dedication to charitable commitments for the Philly area ultimately helped him make his decision. Stay tuned for updates regarding UA’s newest superstar athlete as well as a potential signature series for the former Kansas standout.

You can read the full statement regarding UA’s signing of Joel here.