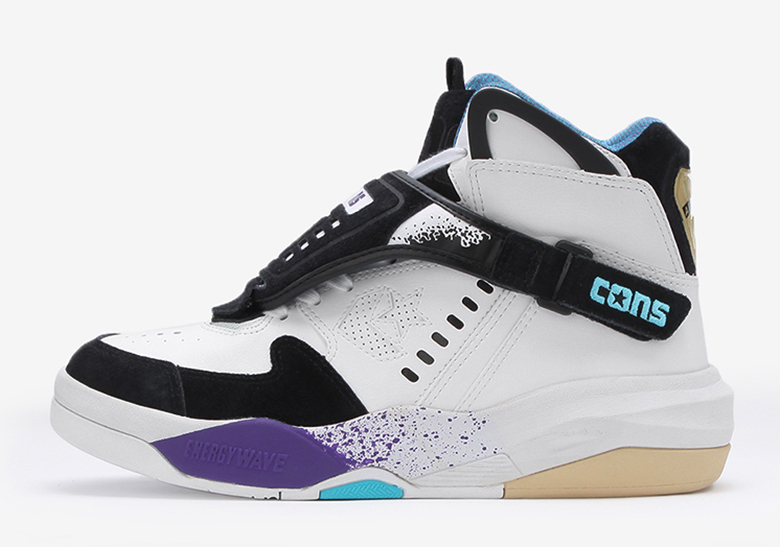 Converse Brings Back The Classic Aero Jam With A Twist

Converse has been re-working some of their classic ’90s hoop shoes as of late, and after turning their Voltage into the new VLTG they’ve now altered Larry Johnson’s memorable Aero Jam for a new style. A shoe that debuted in 1993 and was made famous by its React Juice tech and “Grandmama” ads that featured Johnson dunking in a dress, hat, and glasses, this Aero Jam sports a classic high cut, removable lace shroud, and memorable white/black colorway with purple, aqua, and blue accents. There’s a lot of familiar things going on here, but the part that’s noticeably different is the midsole. Gone is the traditional gradient fade graphic, replaced instead by a paint splatter. The heel presents a slightly different construction, and EnergyWave tech is present in the forefoot. The original Aero Jam last retroed in 2014, so it appears that Converse may be taking the rugged silhouette in a new direction bit by bit. They’re a Converse Japan exclusive and won’t release stateside, but you can get a look at both the similarities and differences below. 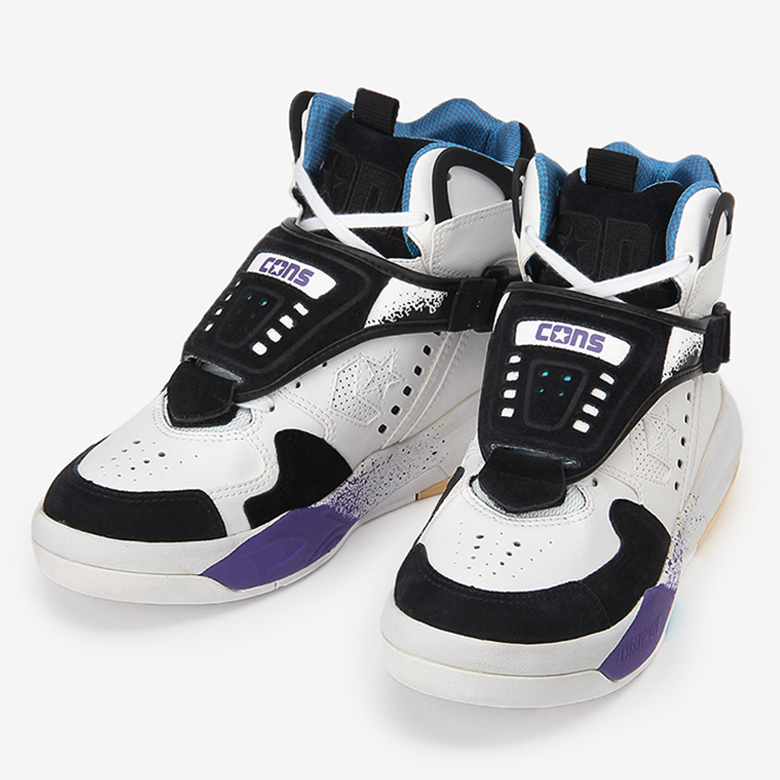 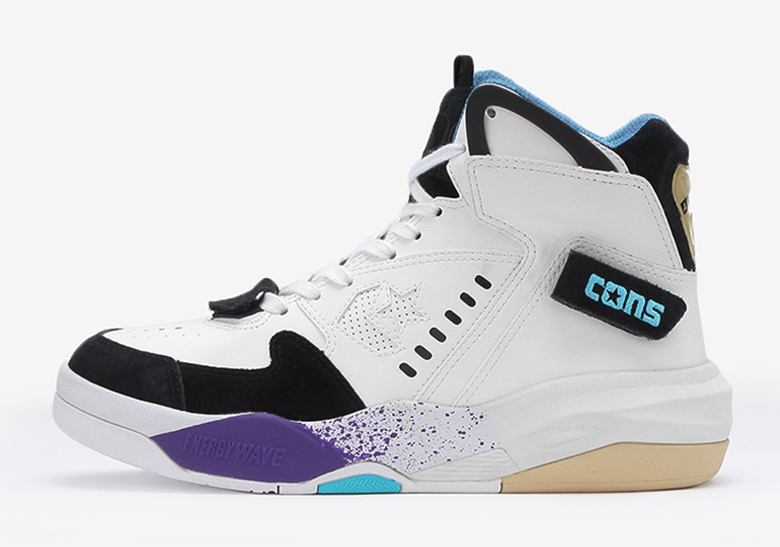 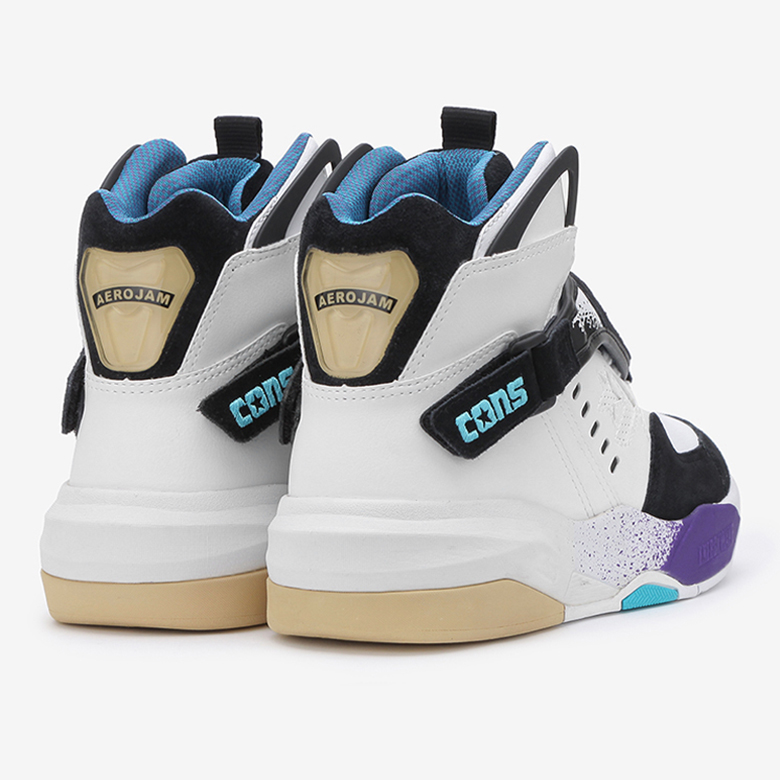 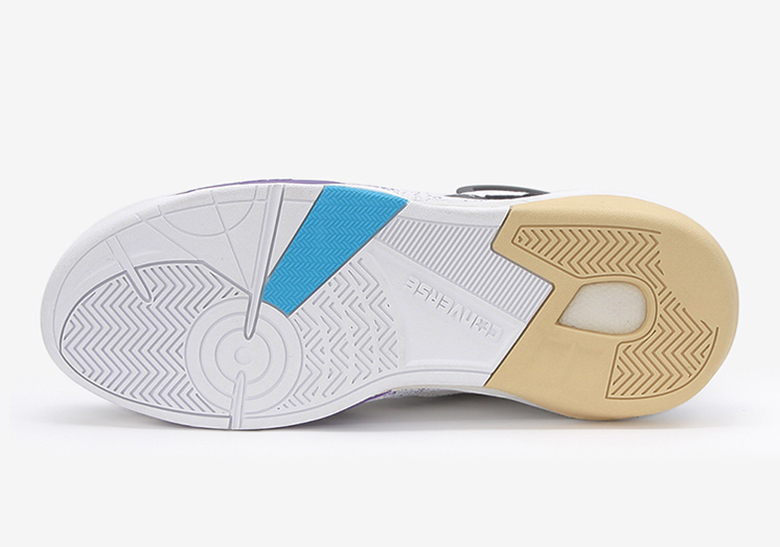 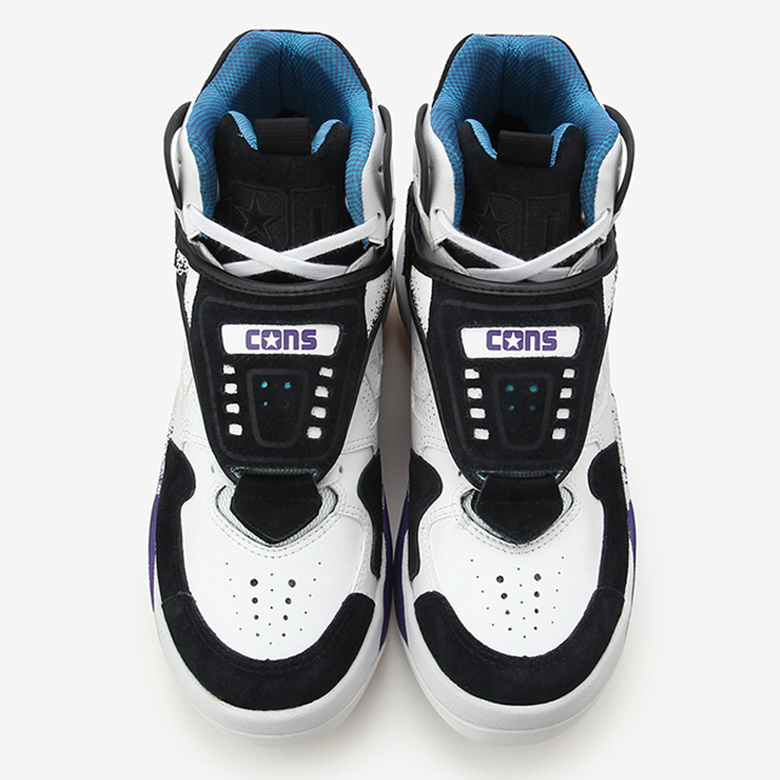 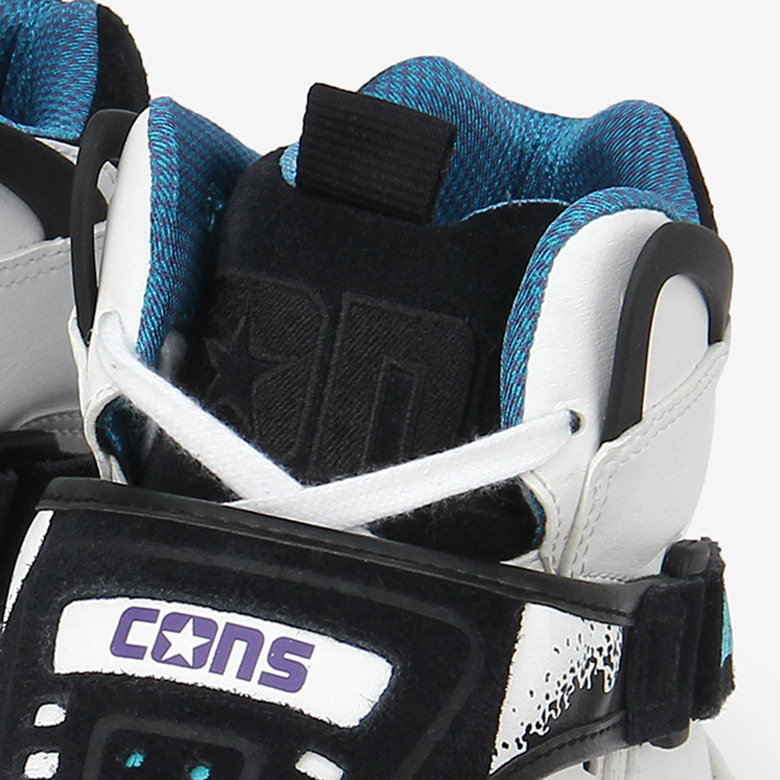 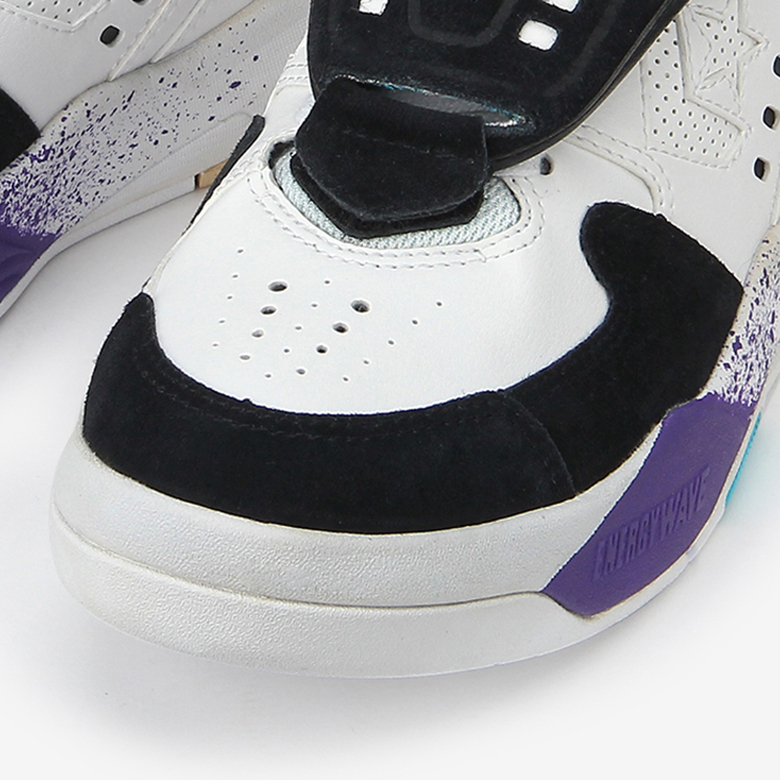 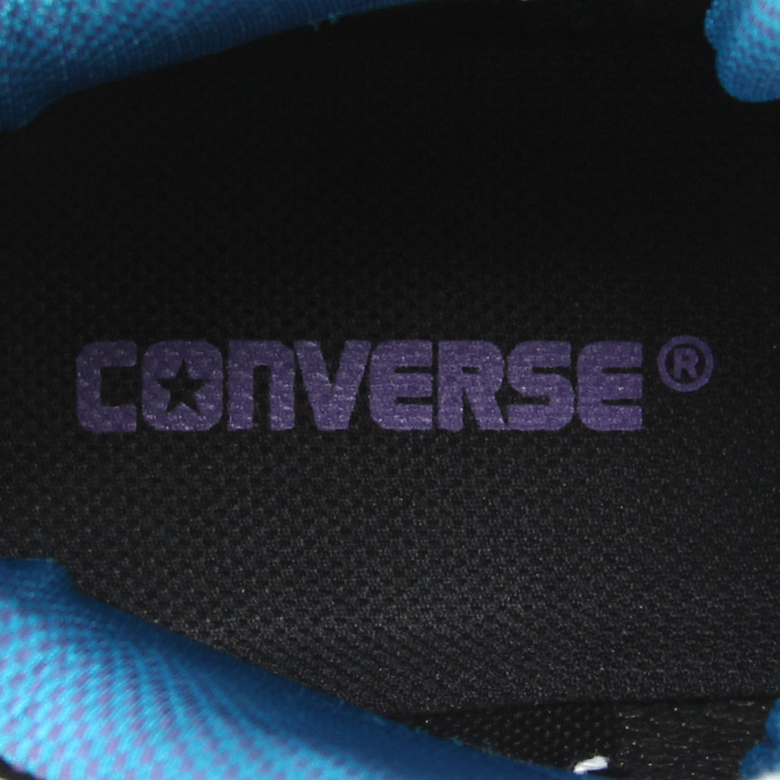 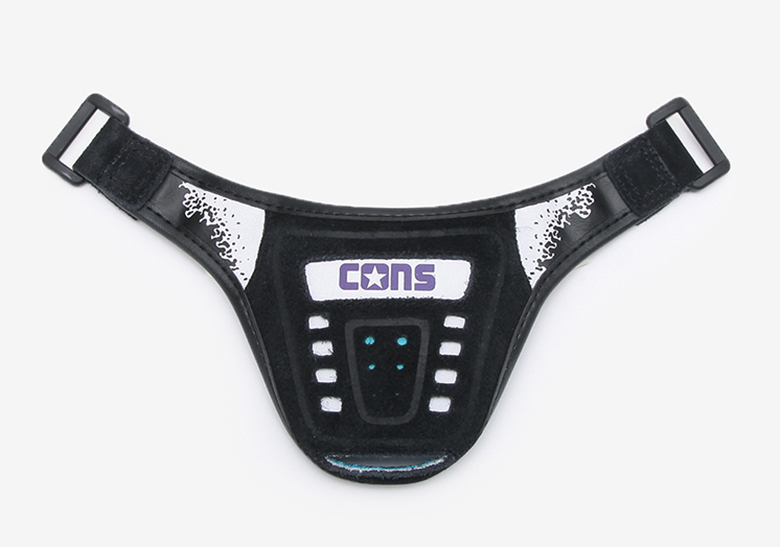