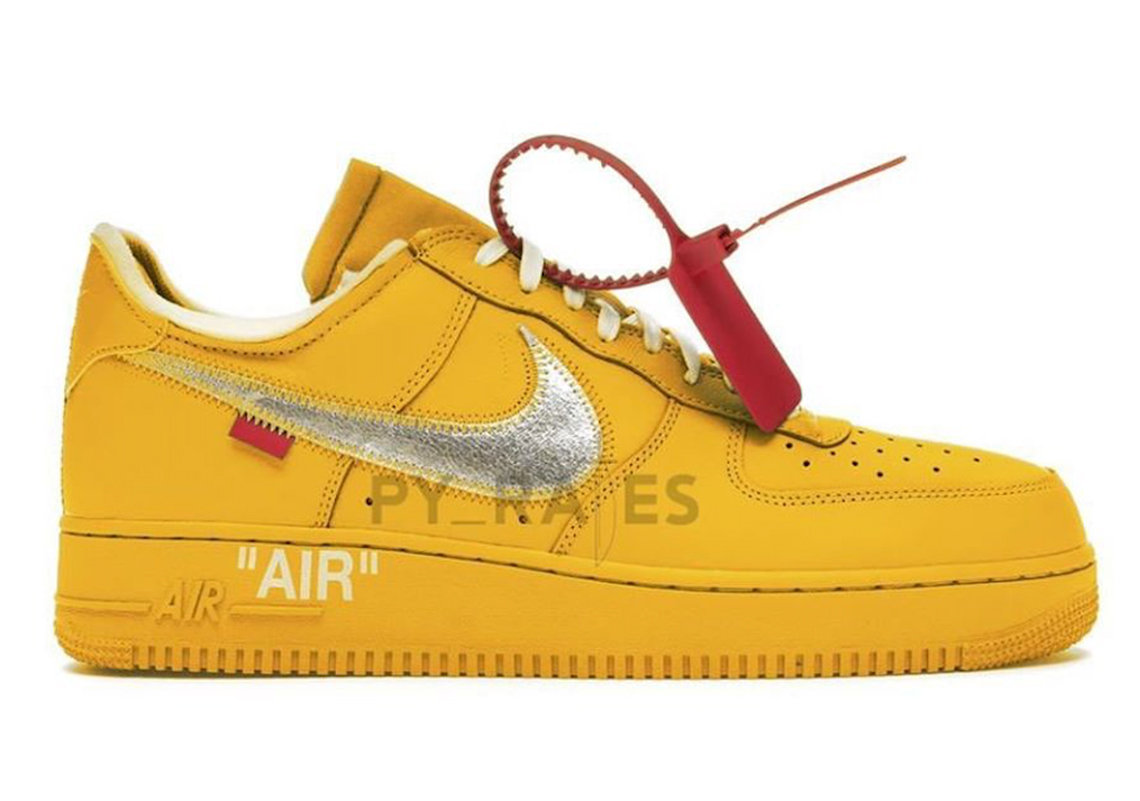 Not even half way through 2020, we’ve already got several noteworthy Off-White sneaker collaborations to look forward to involving that of the Rubber Dunks, Air Jordan 4s and 5s, and even more running options in the Zoom Tempo Next%. And with Virgil Abloh, the driving force behind this all, even going so far as to turning to his Twitter audience for suggestions on what he should deliver next, it seems as though the multi-hyphenate creative already has his eyes set on next year. According to @py_rates, the designer will be continuing his Air Force 1 legacy with a brand new “University Gold” colorway. While this photo is only but a mock-up it’s likely that it will translate similar color-blocking methods as the previous MoMa and MCA options – which have now reached between $2K-$6K on the resell market – by making use of its titular hues to drape over its base leathers, and usher in the traditional metallic silver Swooshes to accompany them. Stay tuned as we gather more information regarding its official release, and expect them to drop on Nike.com and at select stockists in 2021.

Elsewhere under the Swoosh umbrella, peep a first look at the upcoming Kyrie 6 N7.