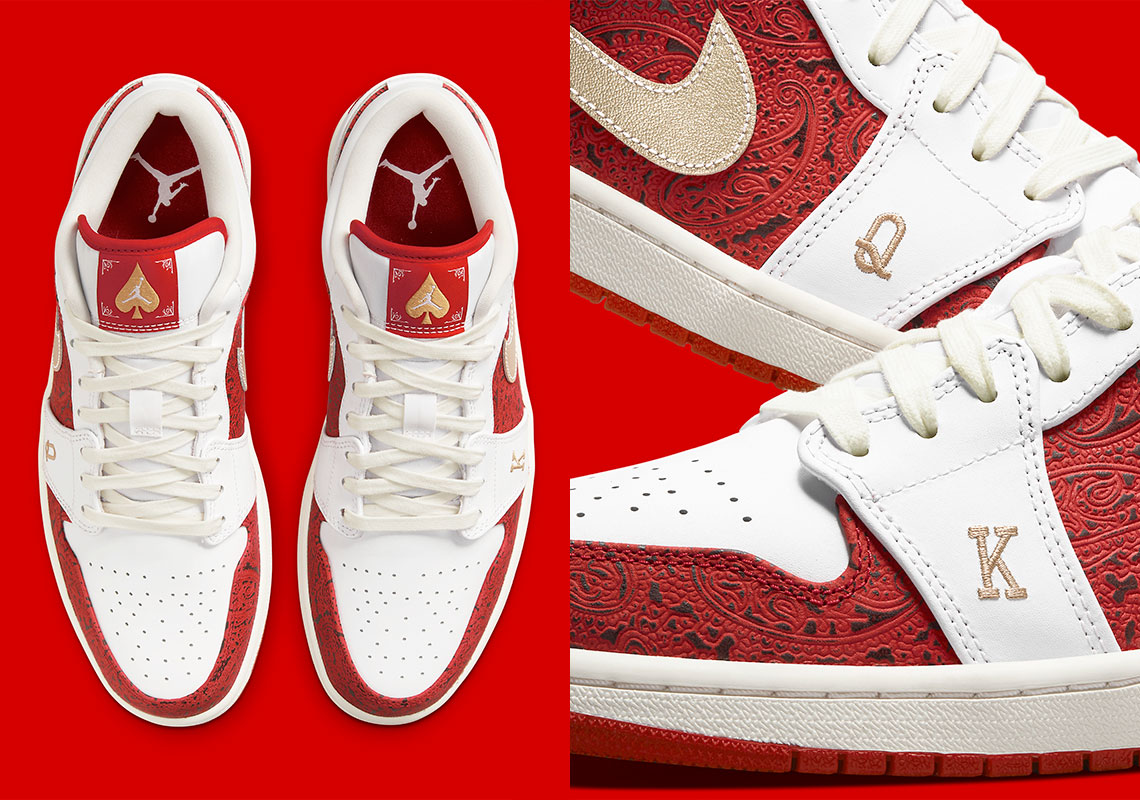 In continuing the theme of playing cards and table games, Jordan Brand deals out the Air Jordan 1 Low “Spades”, finely decorated with intricate paisley patterns etched into the leather while representing a fairly strong hand in the hole – the King and Queen of spades.

Much like the Air Force 1 “Spades” that was revealed not long ago, the Air Jordan 1 Low “Spades” exudes the luxury of the two highest face-cards in the deck, with red, white, and gold speaking to the regal nature of the high court. The K and Q are embroidered onto the forefoot foxing of the shoes, while the spade suit — clad with a Jumpman — sits proudly on the tongue. It’s likely that this elegant thematic will arrive on other Nike Sportswear models as well, but wouldn’t it be great to see this on an Air Jordan 1 High?

See the official images ahead and look for these to be dealt at Jordan Brand retailers in the coming weeks. In the mean-time, check out the store list for the Air Jordan 1 “University Blue” before the March 6th release. 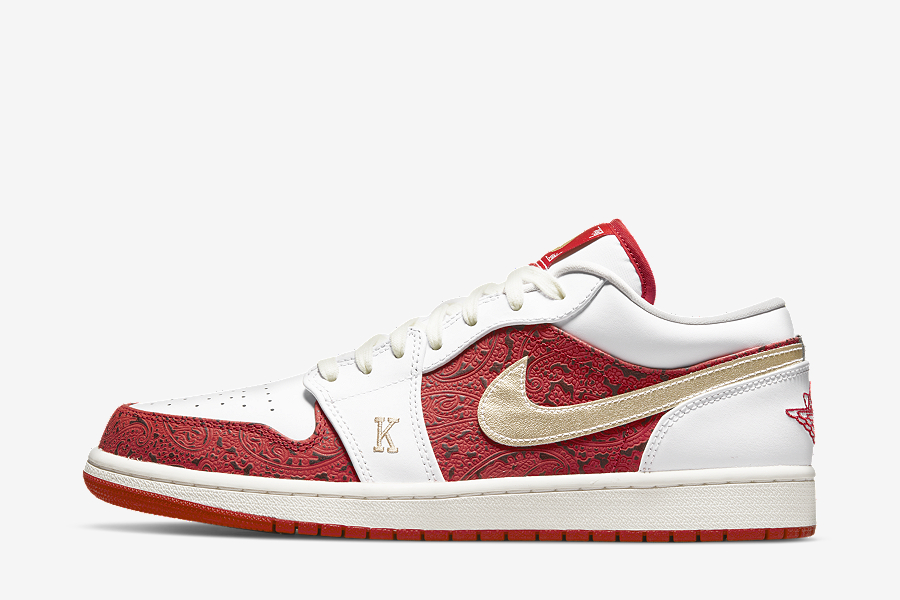 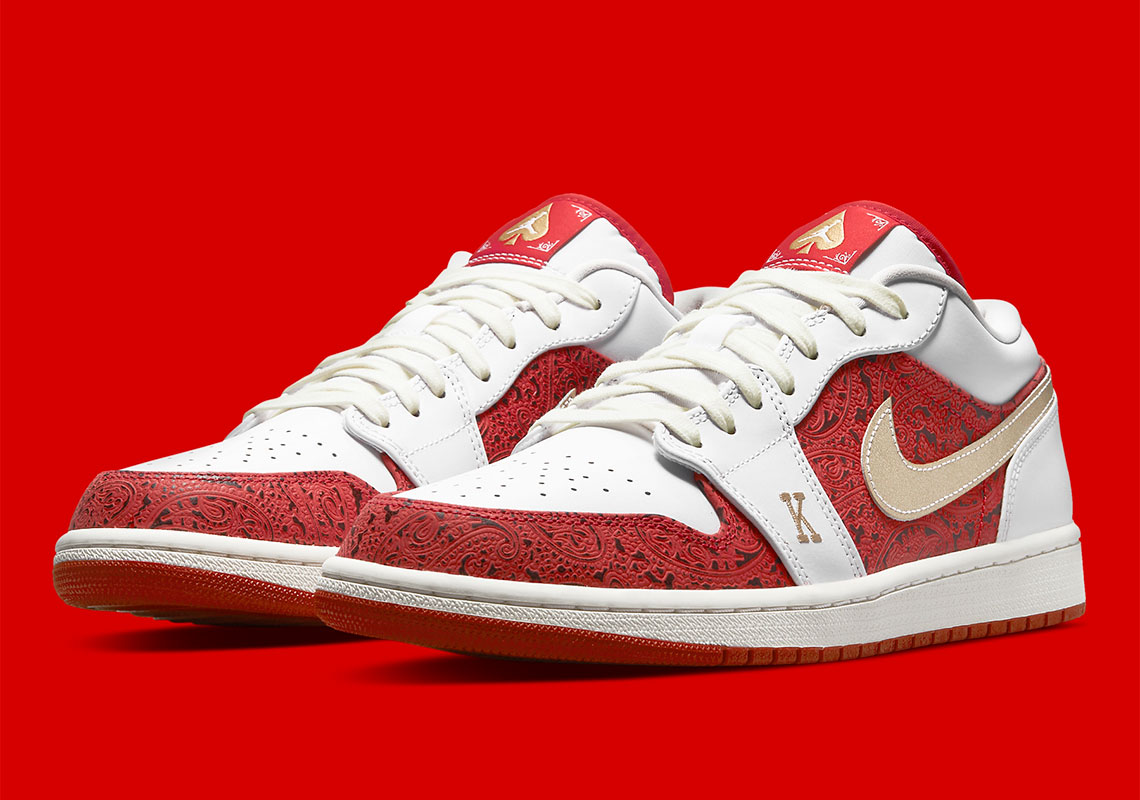 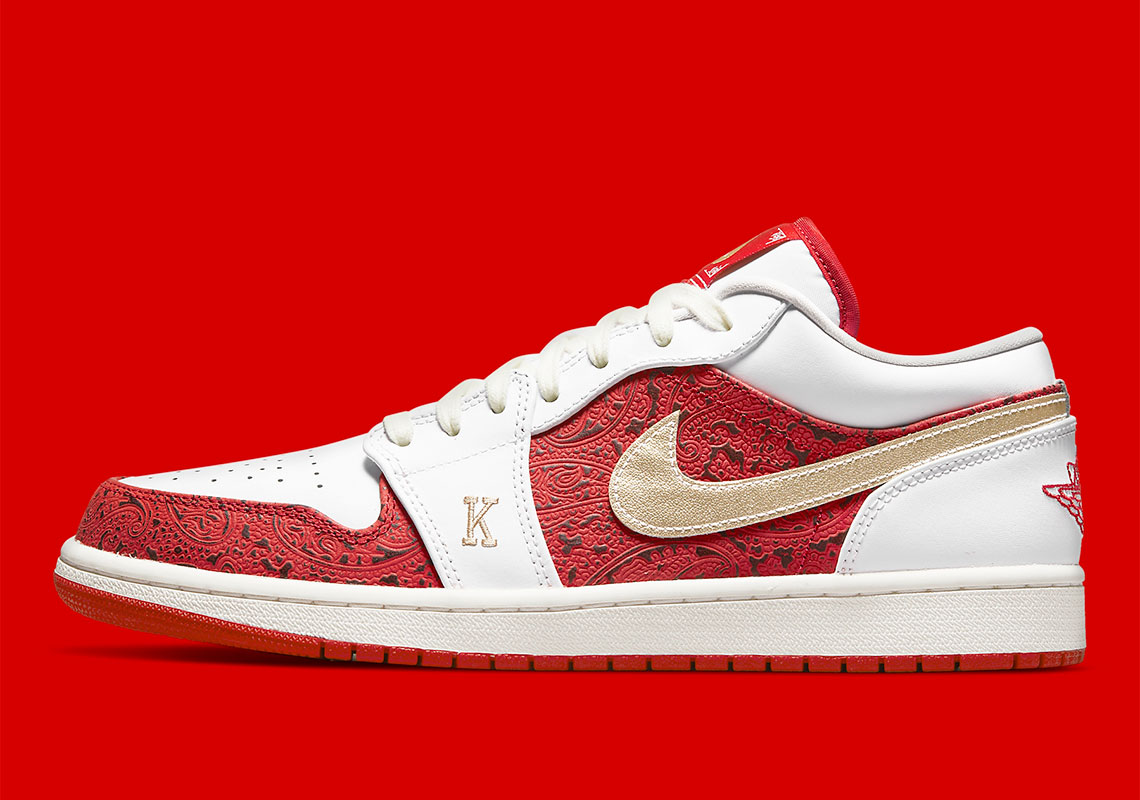 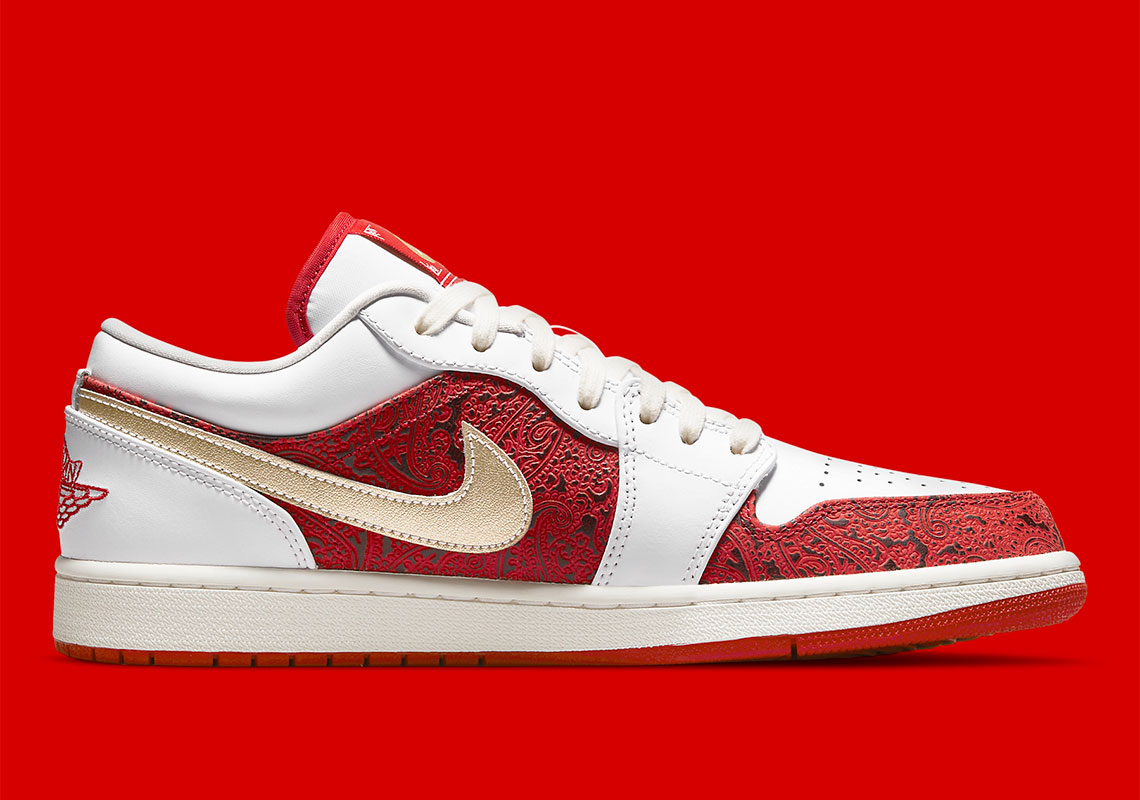 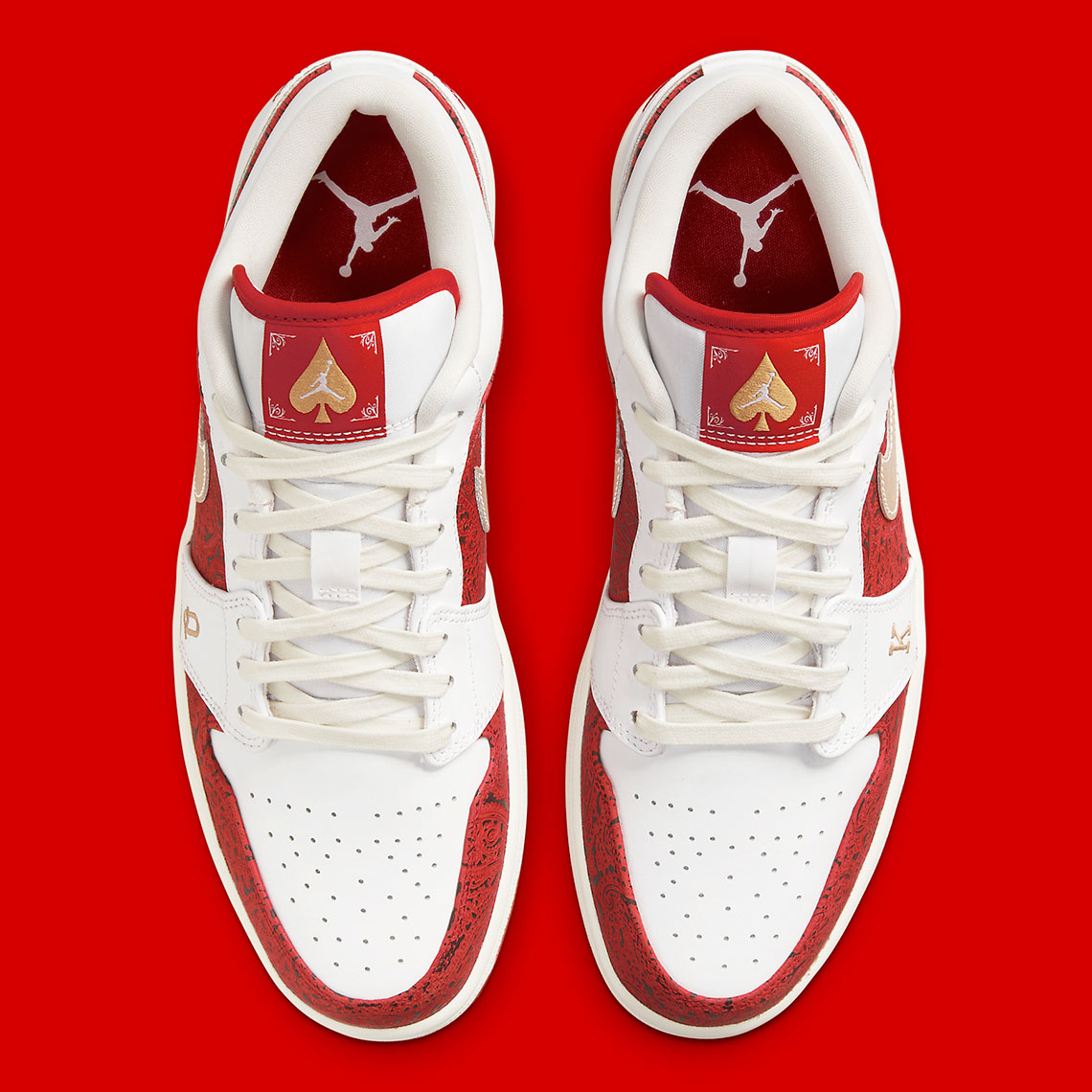 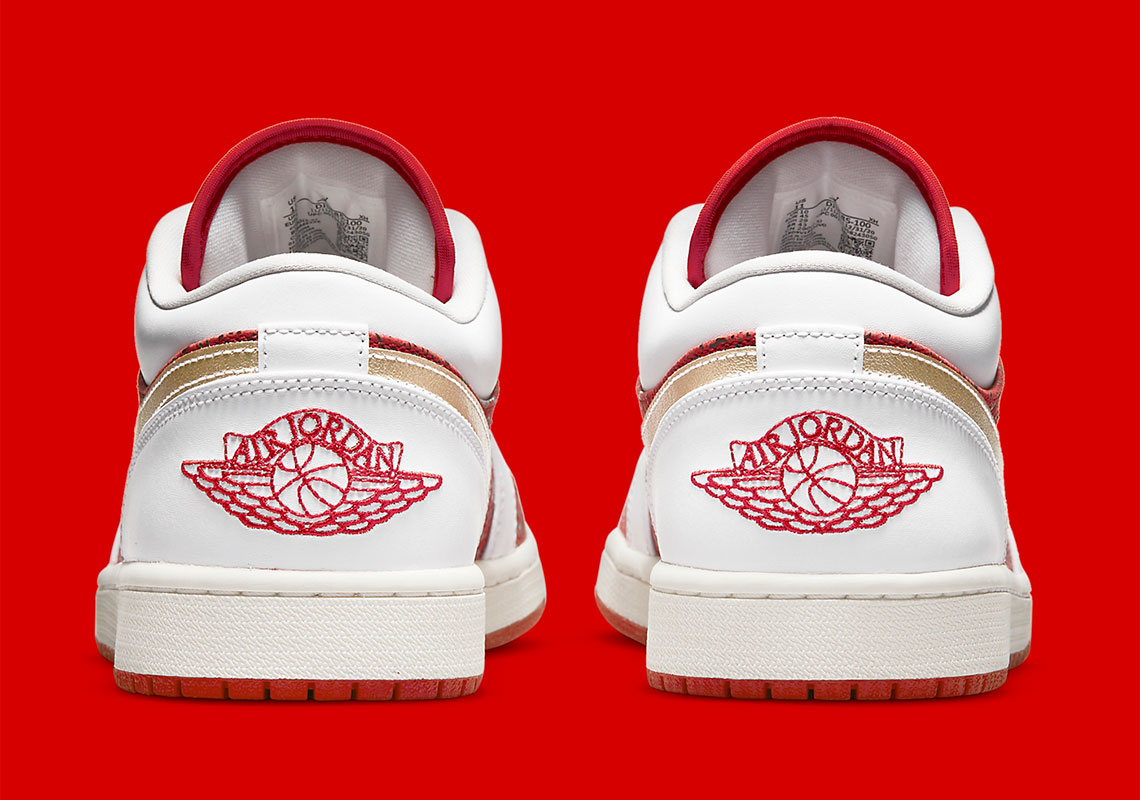 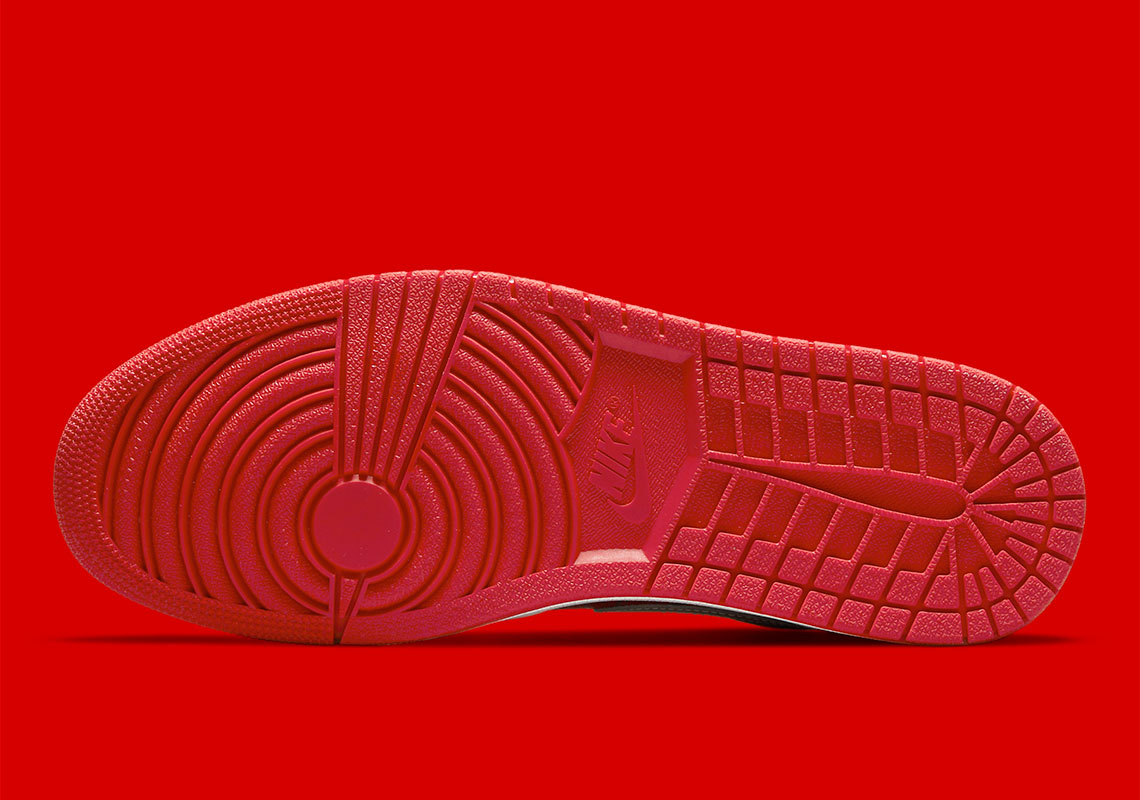 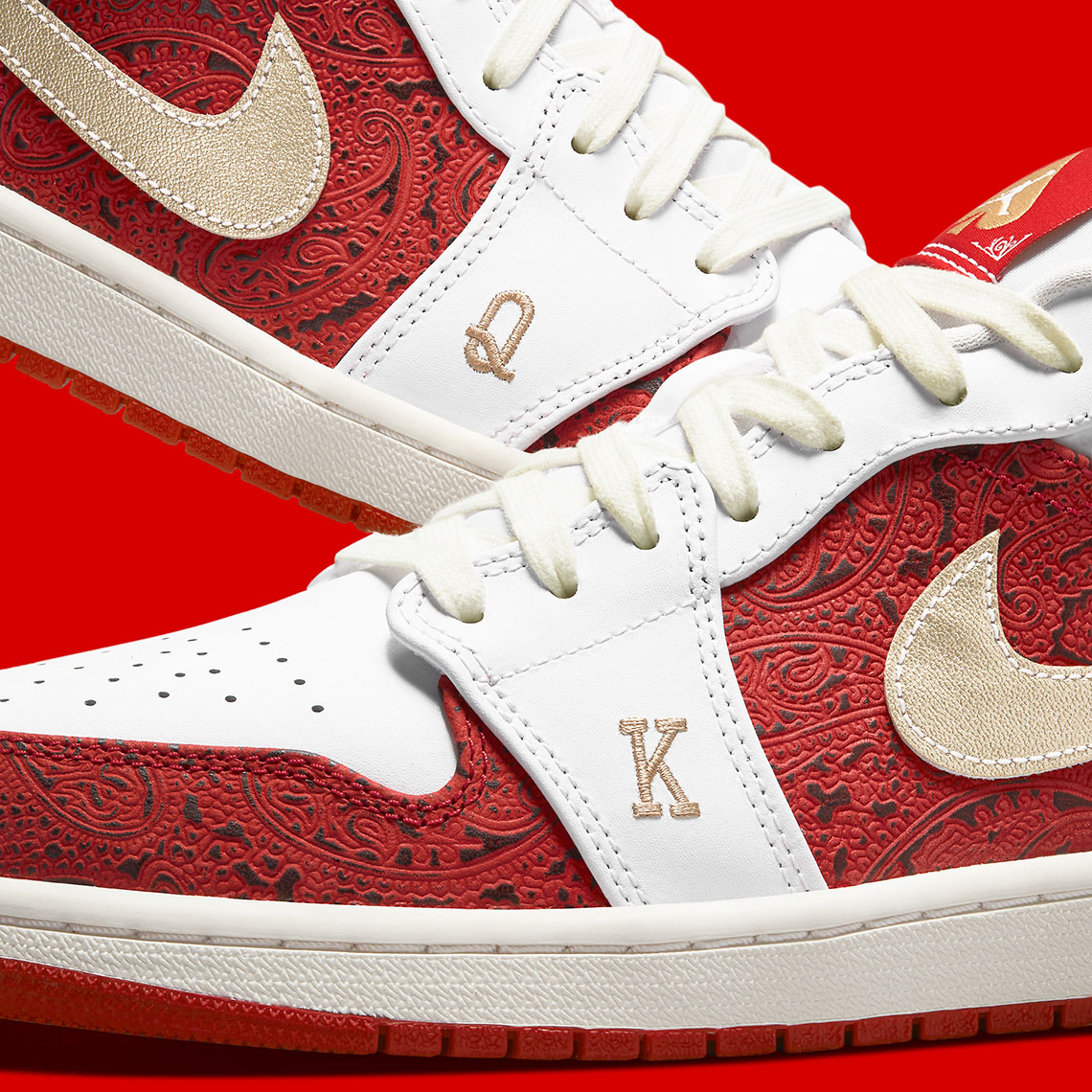 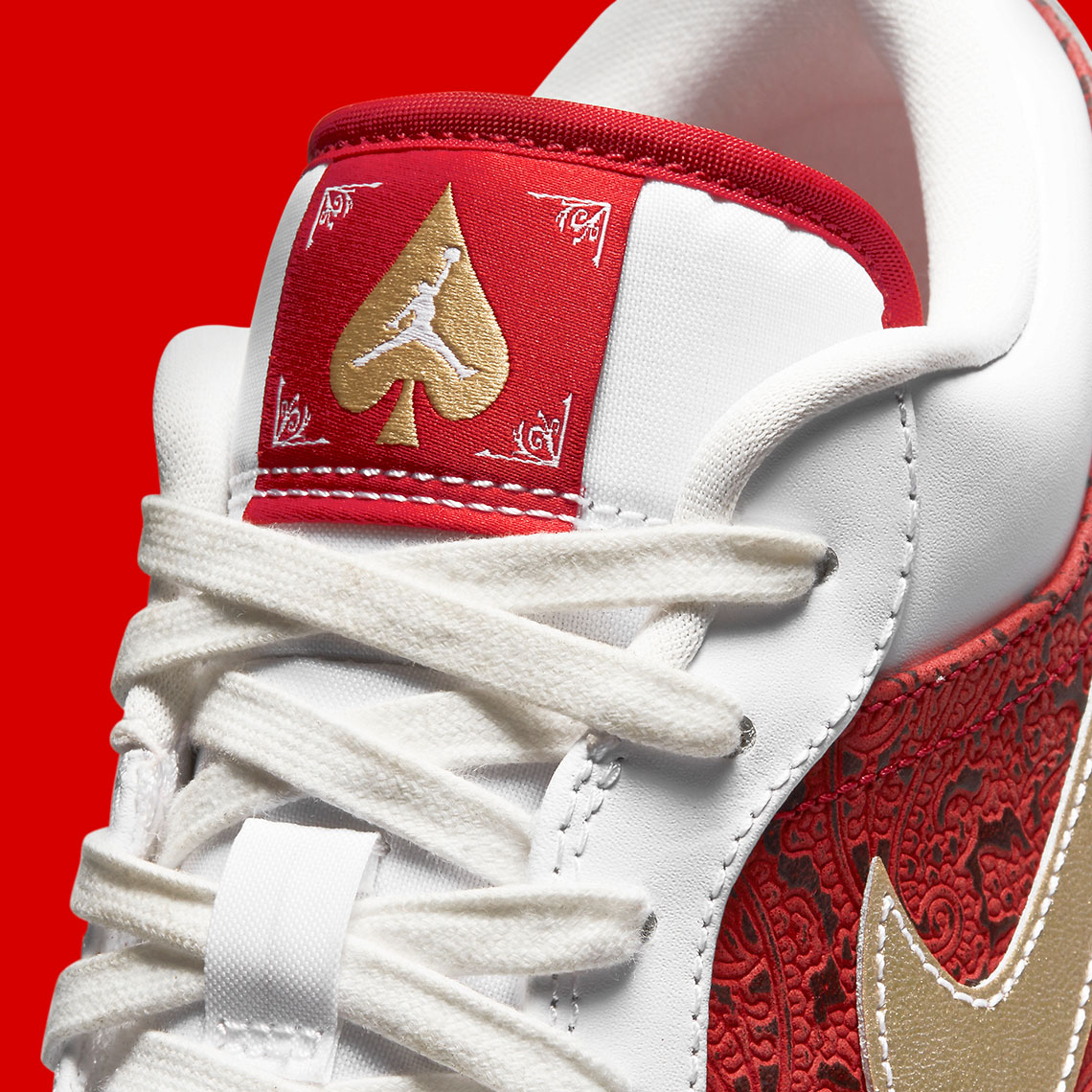 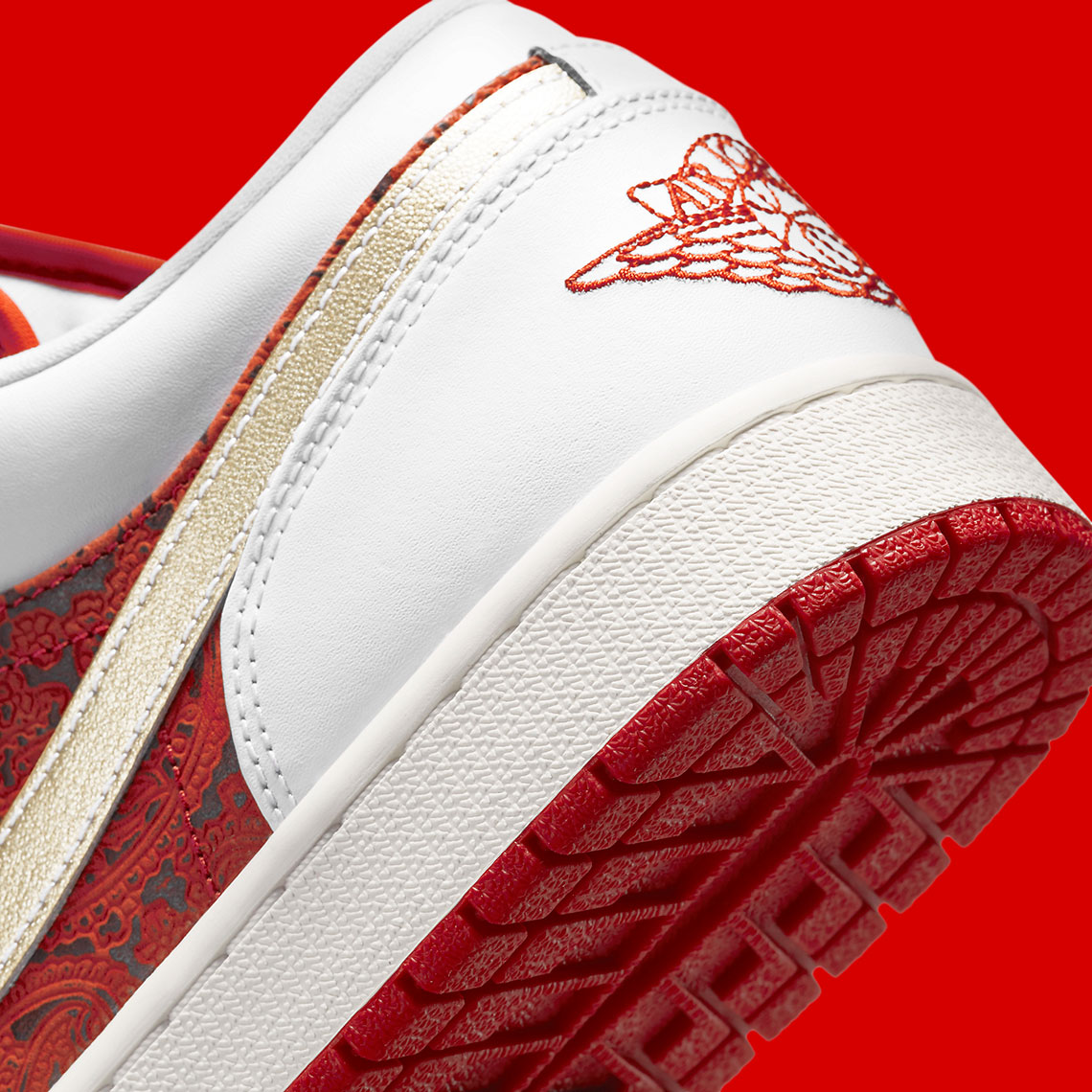 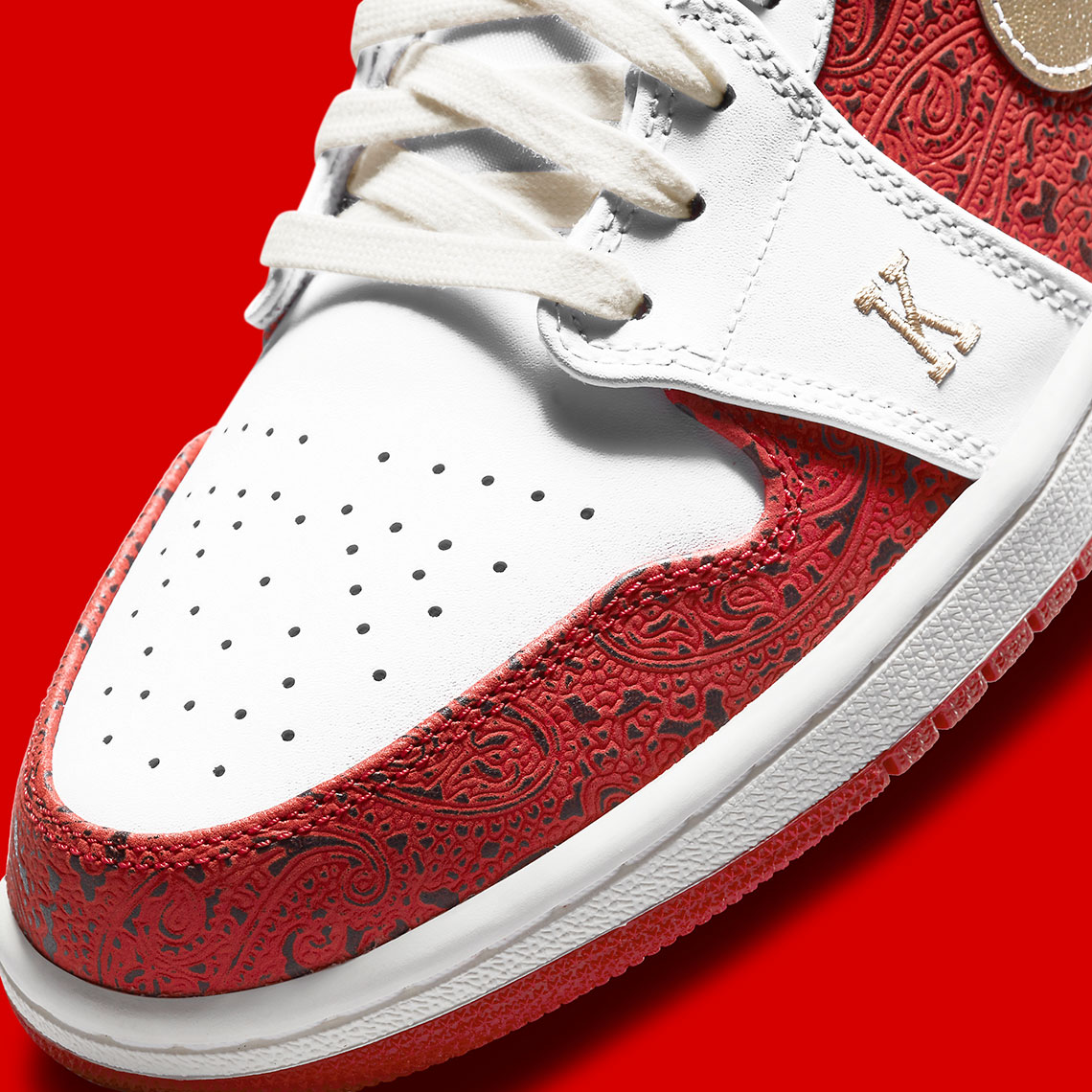