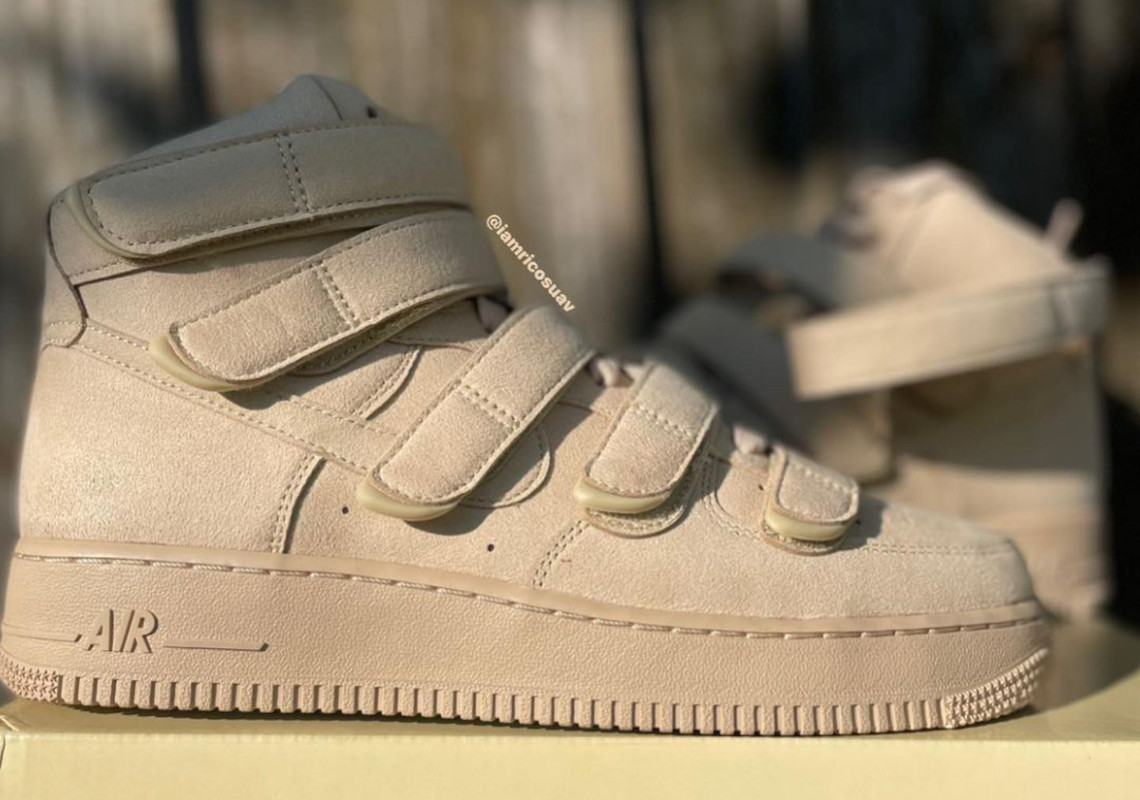 Given her international recognition, Billie Eilish commands headlines over even the slightest occurrence. On the sneaker front, the 19-year-old has kept relatively quiet since launching two Air Jordan collaborations between September and October. Recently, however, she’s teased a Nike Air Force 1 High project likely prepped for the silhouette’s 40th anniversary celebration in 2022.

A fan of fashion-forward takes on Bruce Kilgore’s iconic design, Eilish has opted for a tonal “Mushroom” colorway for his first Air Force 1. Reminiscent of the Air Jordan 15 she co-created with Team Jumpman, the newly-surfaced pair features a light brown arrangement across the upper and sole unit. The Los Angeles-native doesn’t tamper with the design’s core D.N.A., but adds four additional Velcro-assisted lockdown straps running down the center of the shoes. While Eilish hasn’t disclosed the inspiration behind her “Mushroom”-colored Air Force 1 High, the choice in color and extra attachments delivers an aesthetic that’s equal parts fashion-forward and functional. Furthermore, the look is likely to divide audiences; the singer has previously expressed she loves footwear that others hate. Billie Eilish branding appears on the lace dubraes and shoe packaging, with a personalized message also being printed underneath the sock-liner: “It’s hard to stop it once it starts.”

Enjoy early images of the Air Force 1 High “Mushroom” by Billie Eilish here below, and anticipate a Nike SNKRS launch in 2022.

For more from under the NIKE, Inc. umbrella, check out the Spring 2022 Jordans collection. 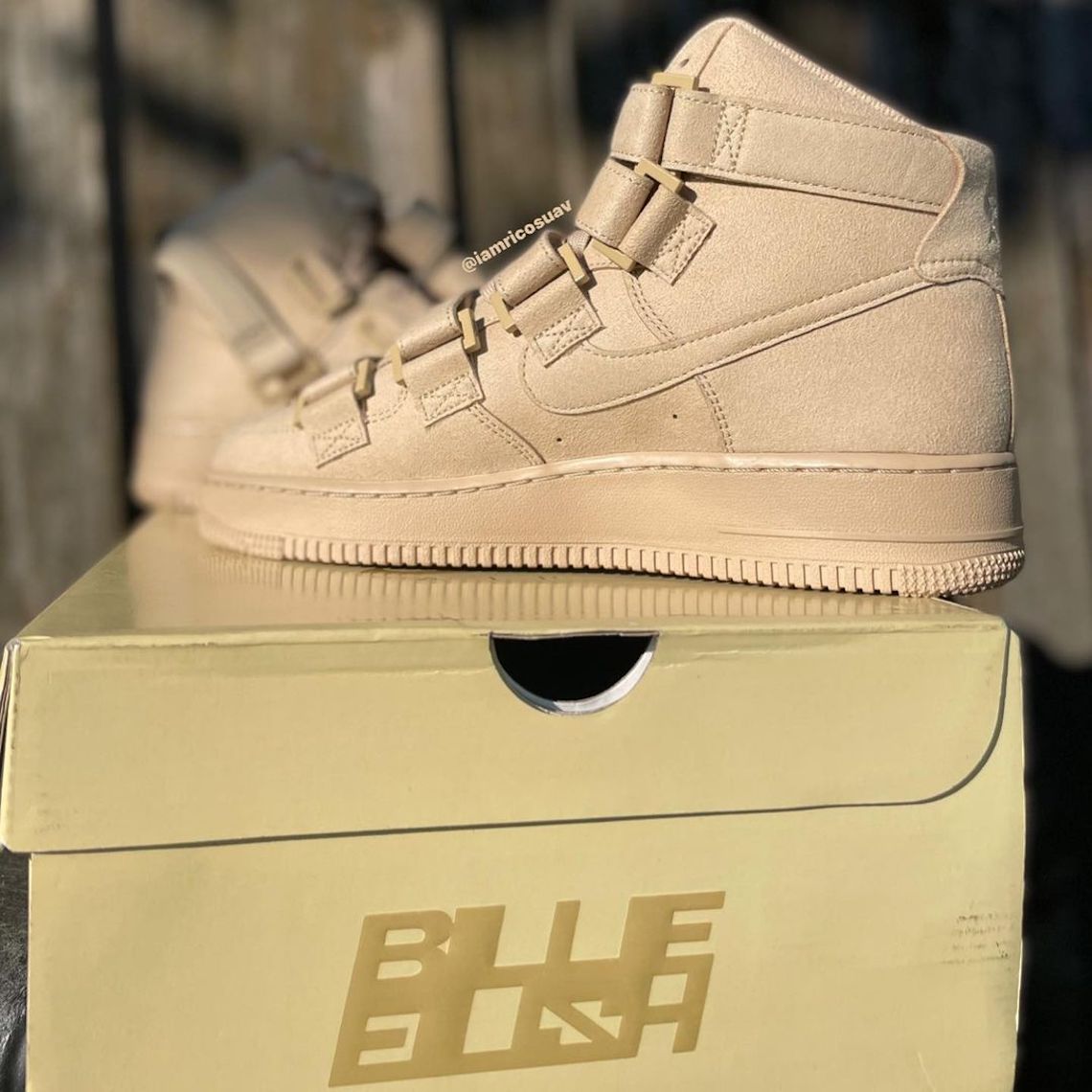 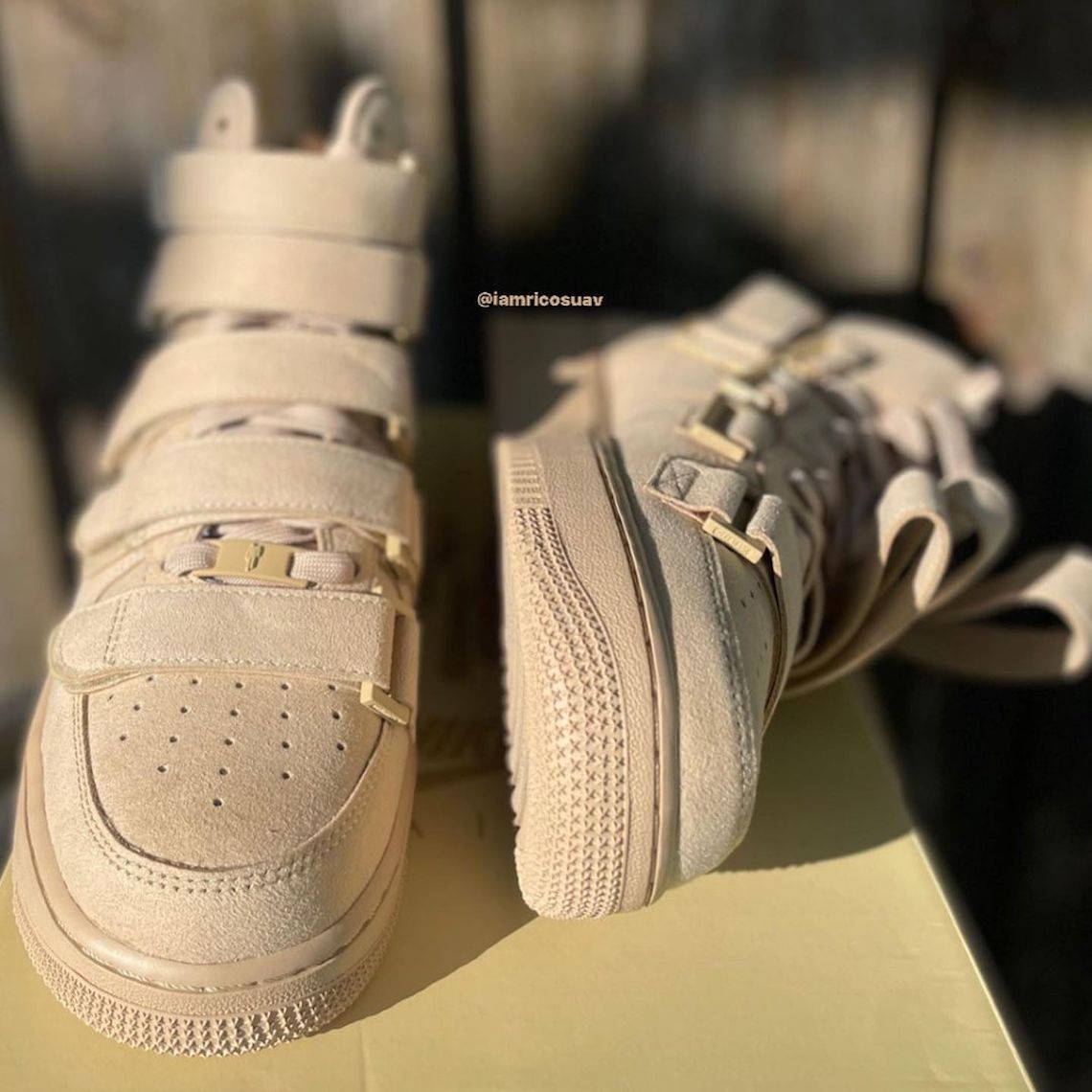 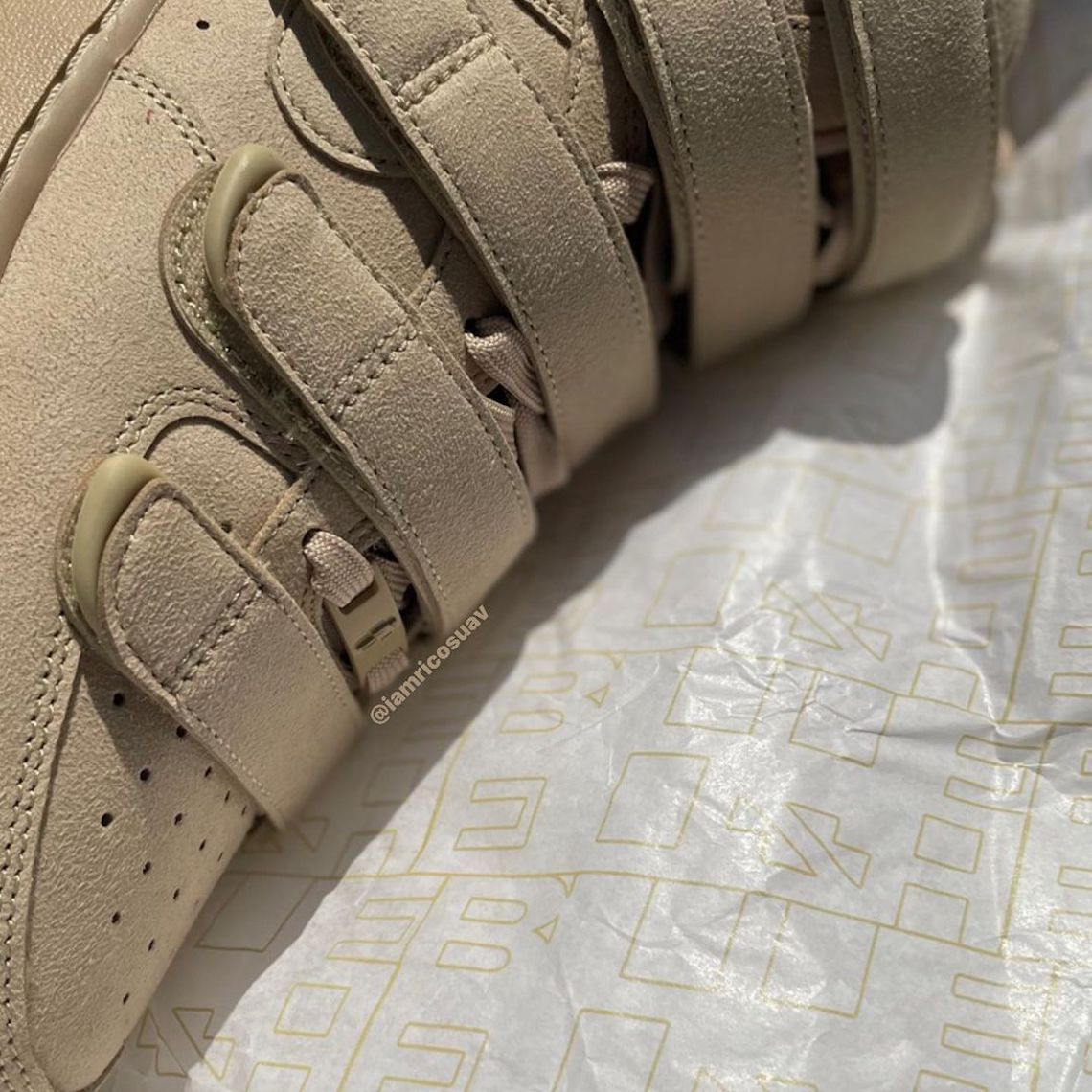 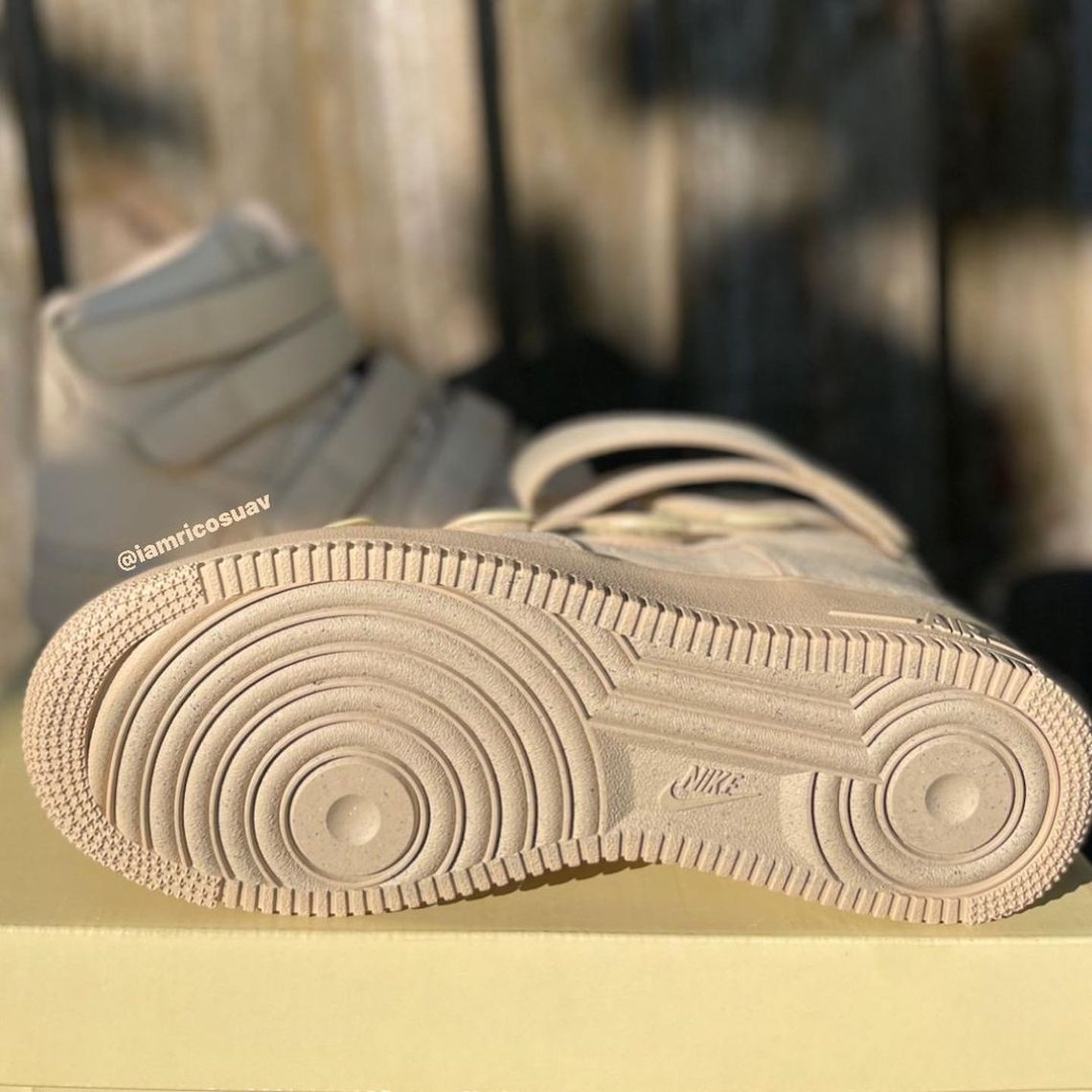 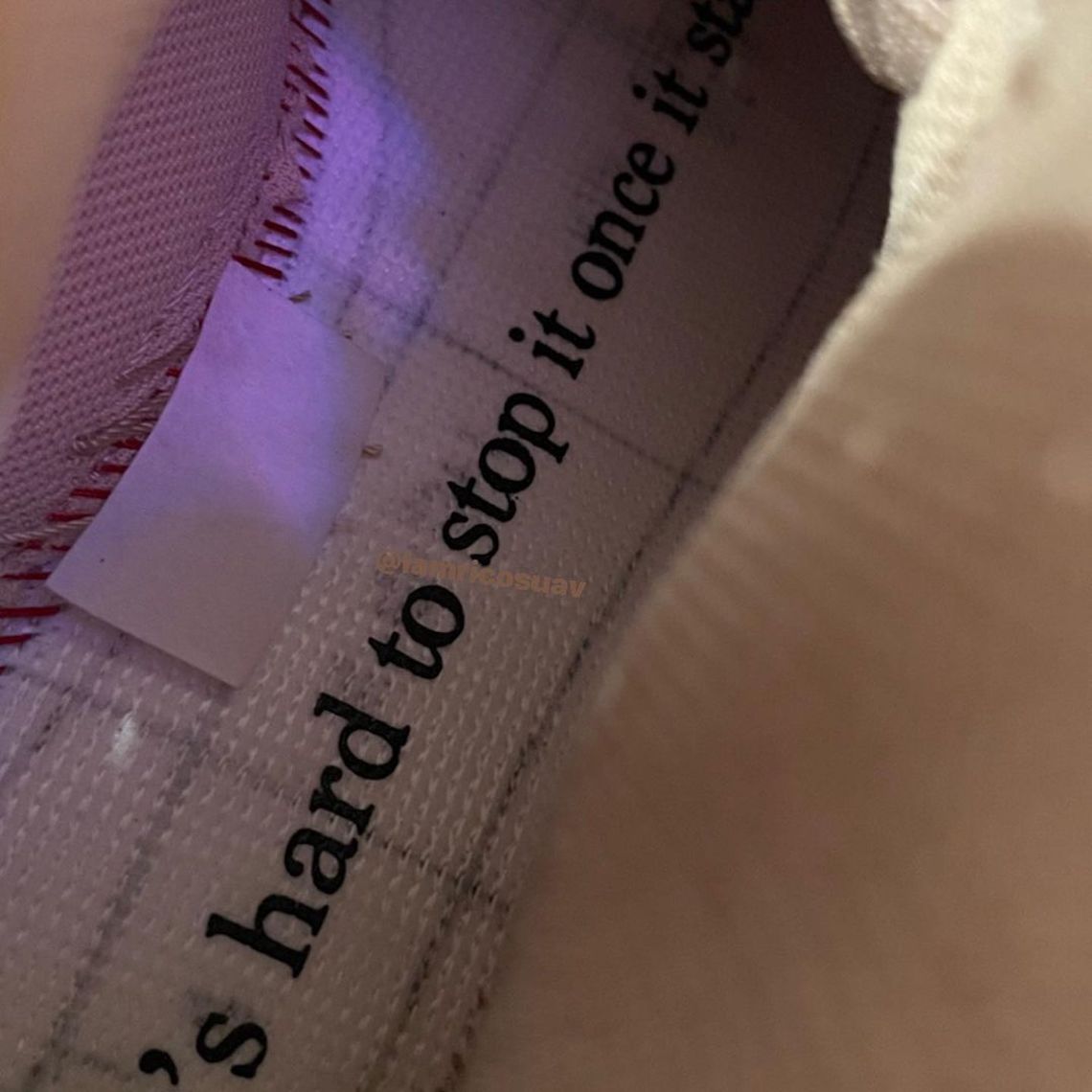