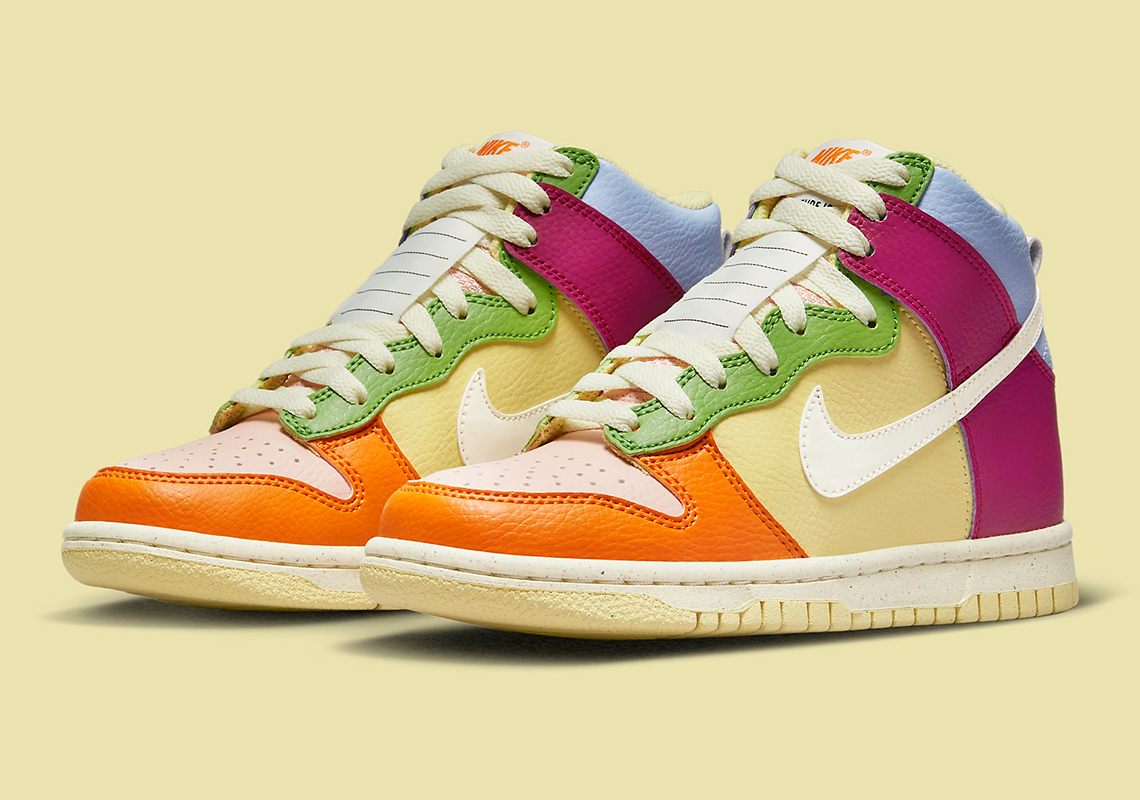 The Nike Dunk High has accomplished a lot in the 37 years since its debut. Over the last few years, Peter Moore’s iconic design has made a concerted effort to appeal to the youngest sneaker collectors in the family.

Slightly reminiscent of the mythical ebay-inspired pair from August 2003 (which are rumored to drop for the first time ever before the year ends), the newly-surfaced style indulges in a medley of tones across each of its upper’s panels: orange animates the forefoot’s overlay, while counterparts along the tongue and across the heel introduce everything from bold green to soft blue. Profile swooshes keep some semblance of simplicity given their off-white arrangement, matching the notebook paper-like shroud covering part of the Nike Dunk‘s laces. Air Jordan 1-reminiscent sole units also keep things rather dull, although the midsole boasts a partly-recycled build as denoted by its speckled aesthetic.

Enjoy official images of the kid’s shoes ahead, as you wait for official Nike SNKRS release details.

For more from under the NIKE, Inc. umbrella, check out the latest Air Jordan 4 retros. 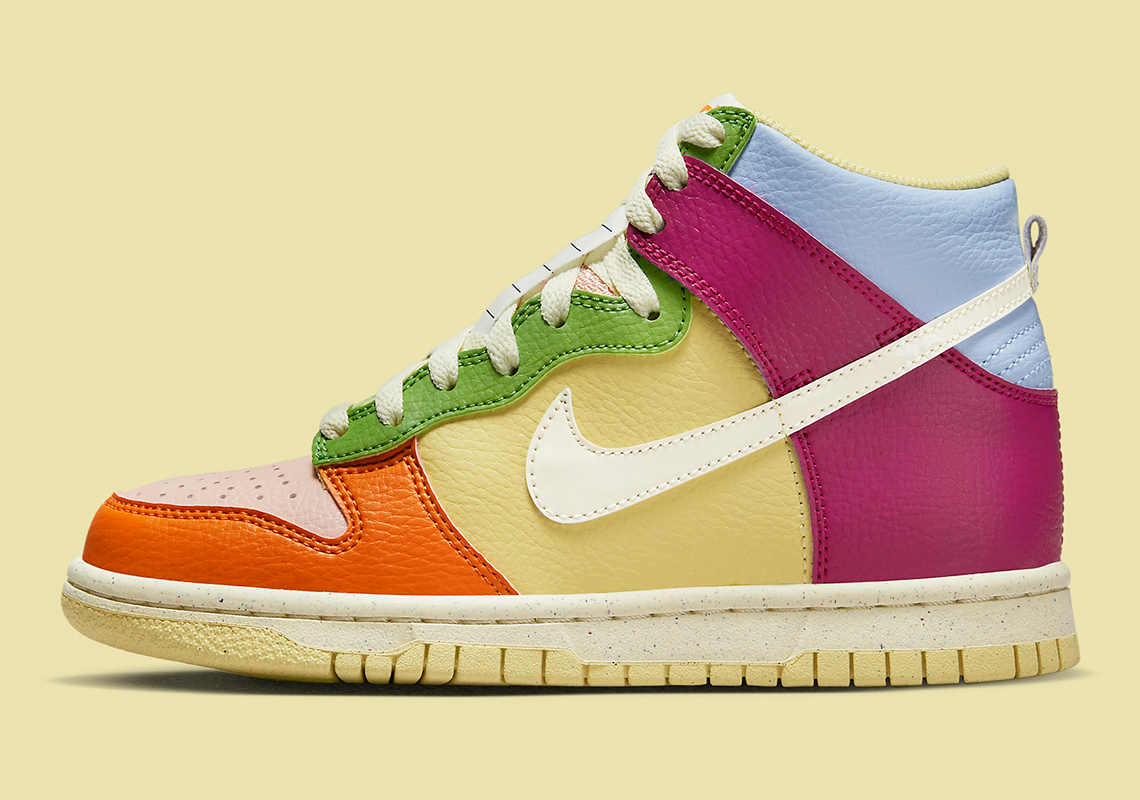 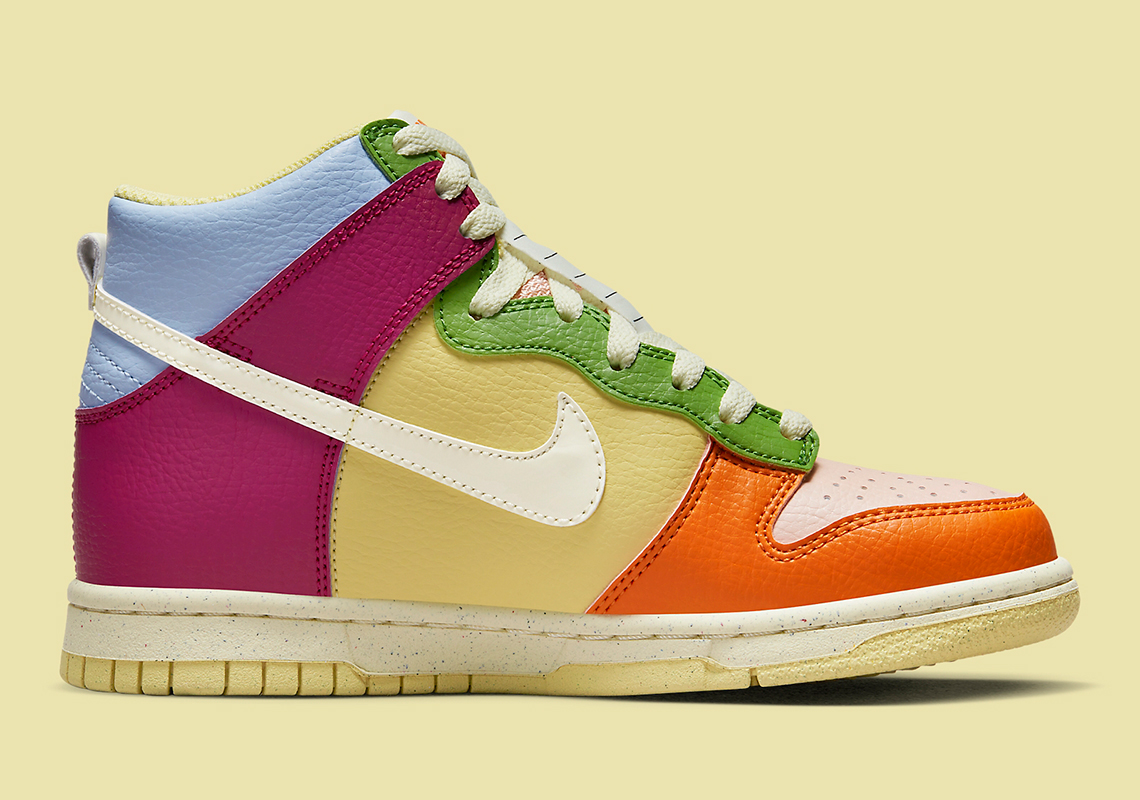 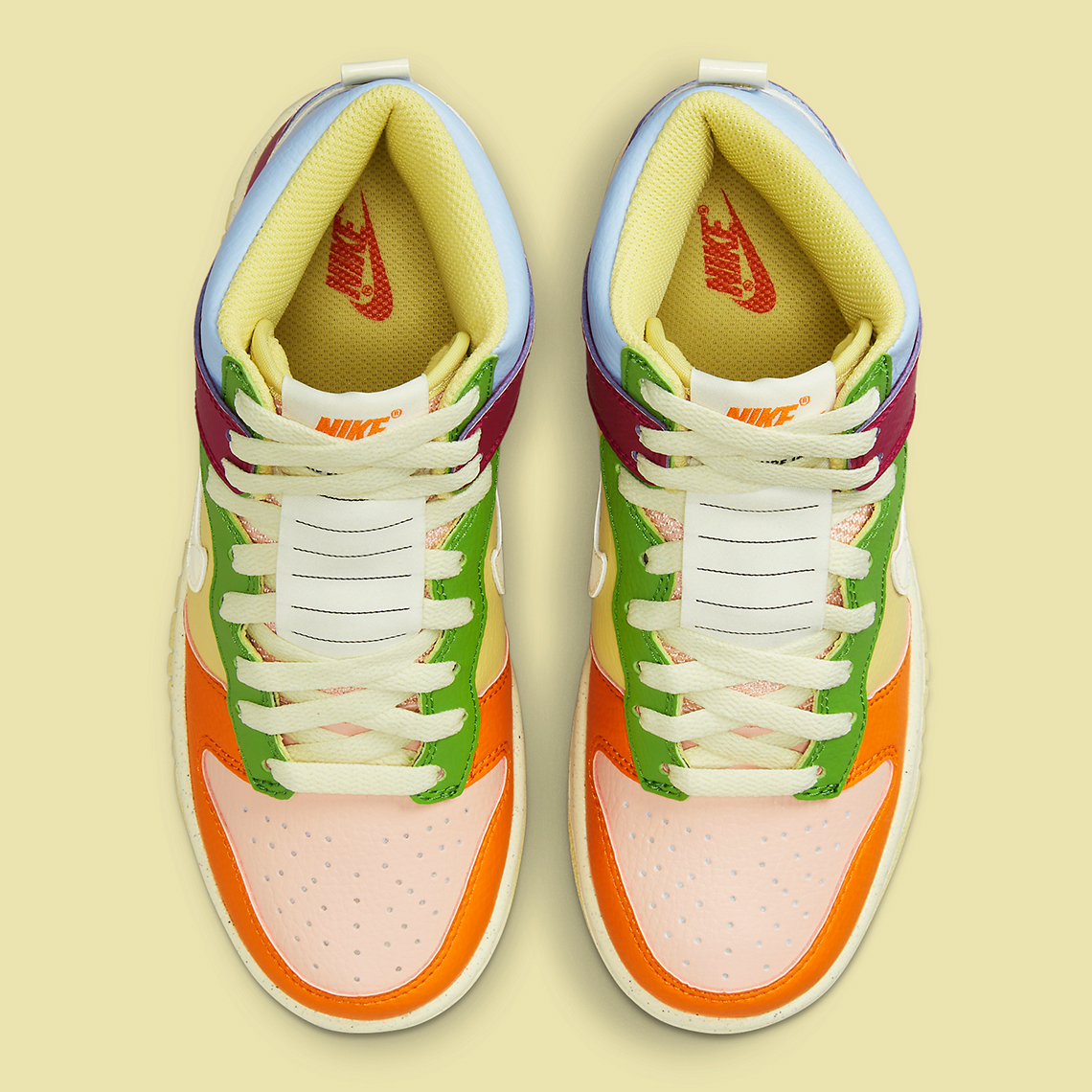 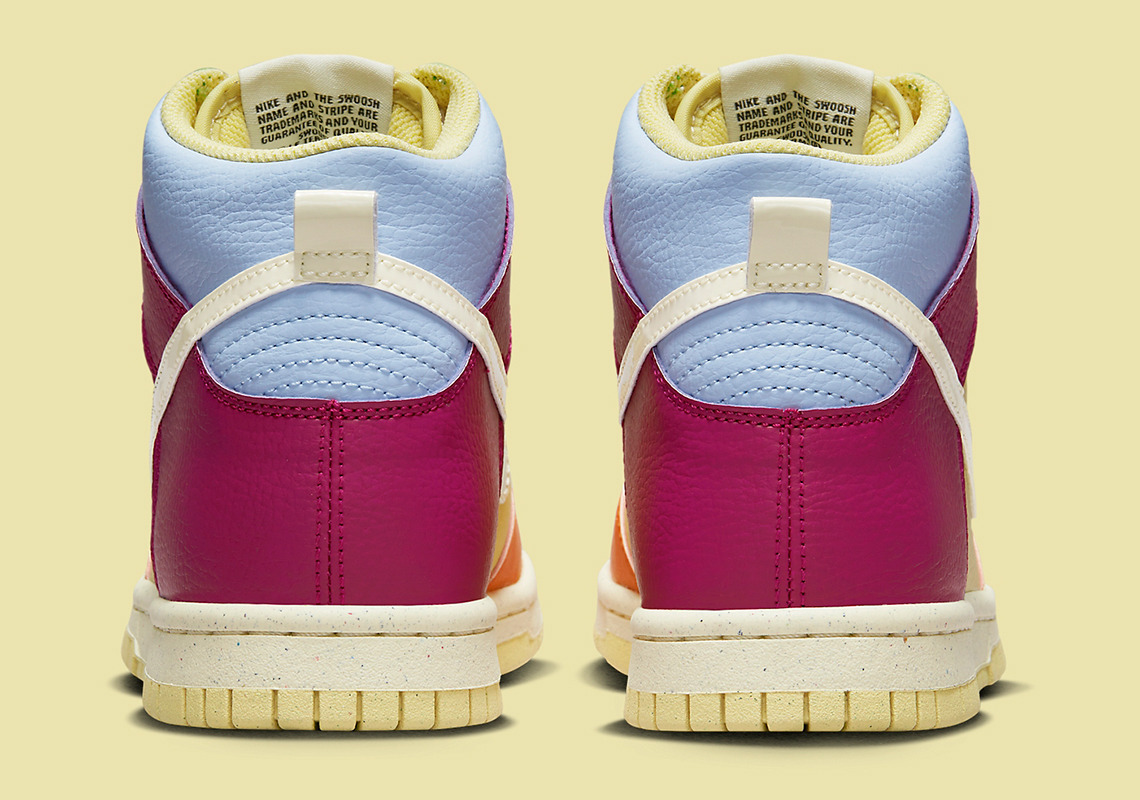 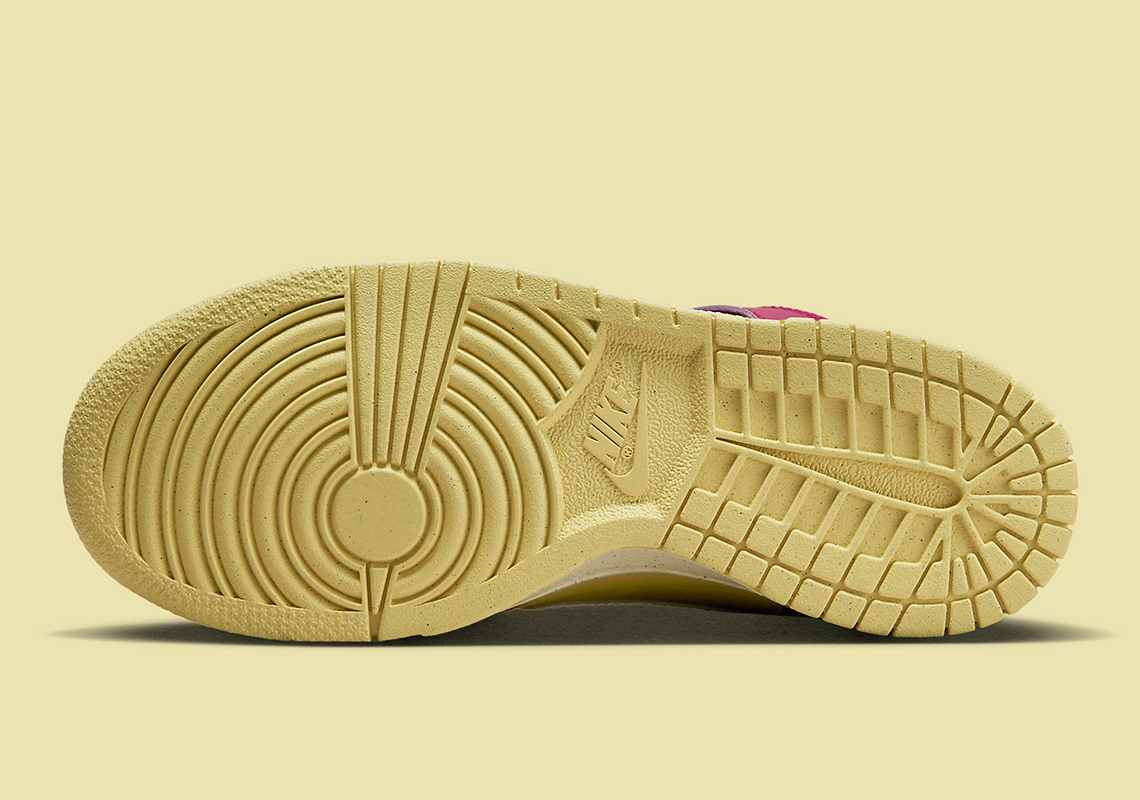 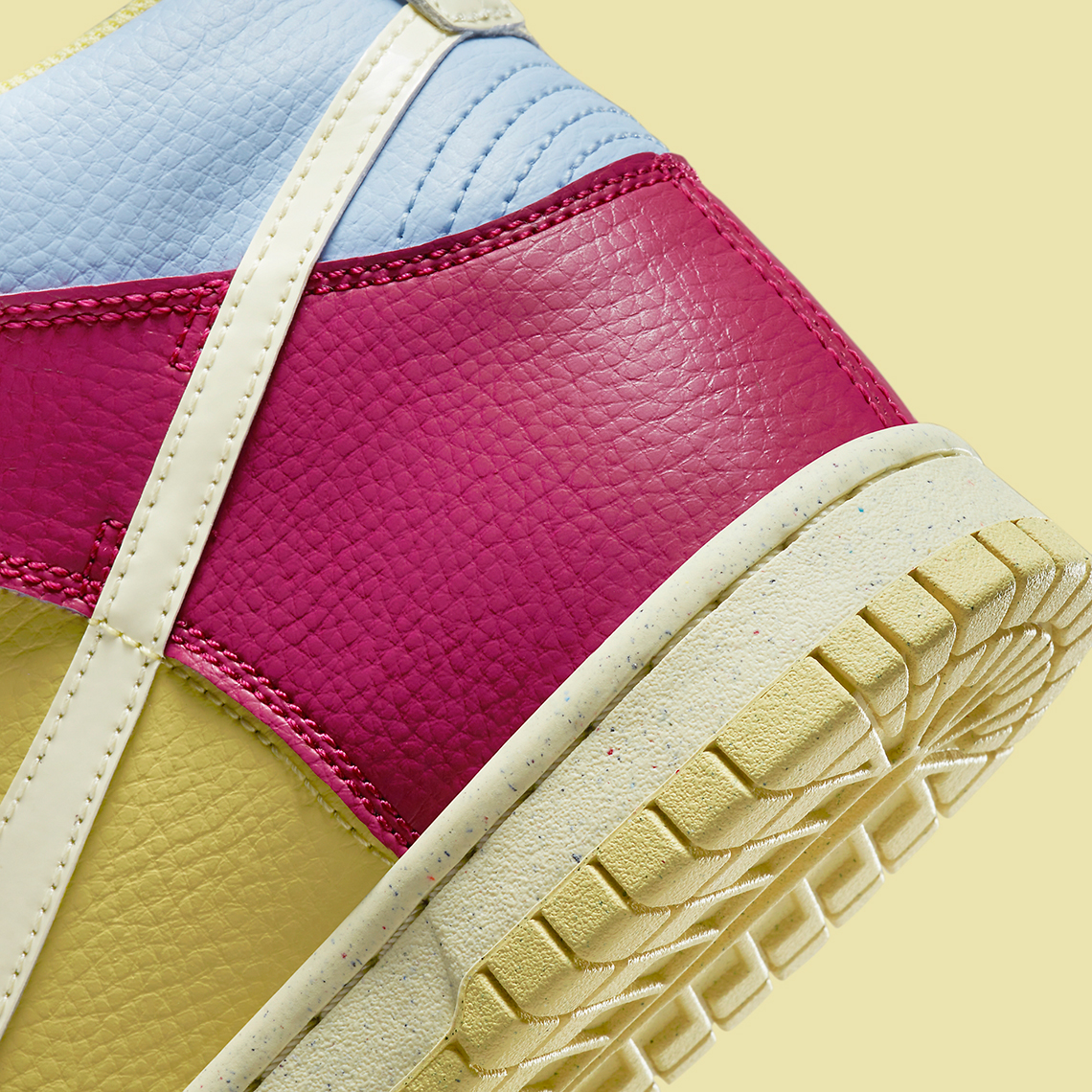 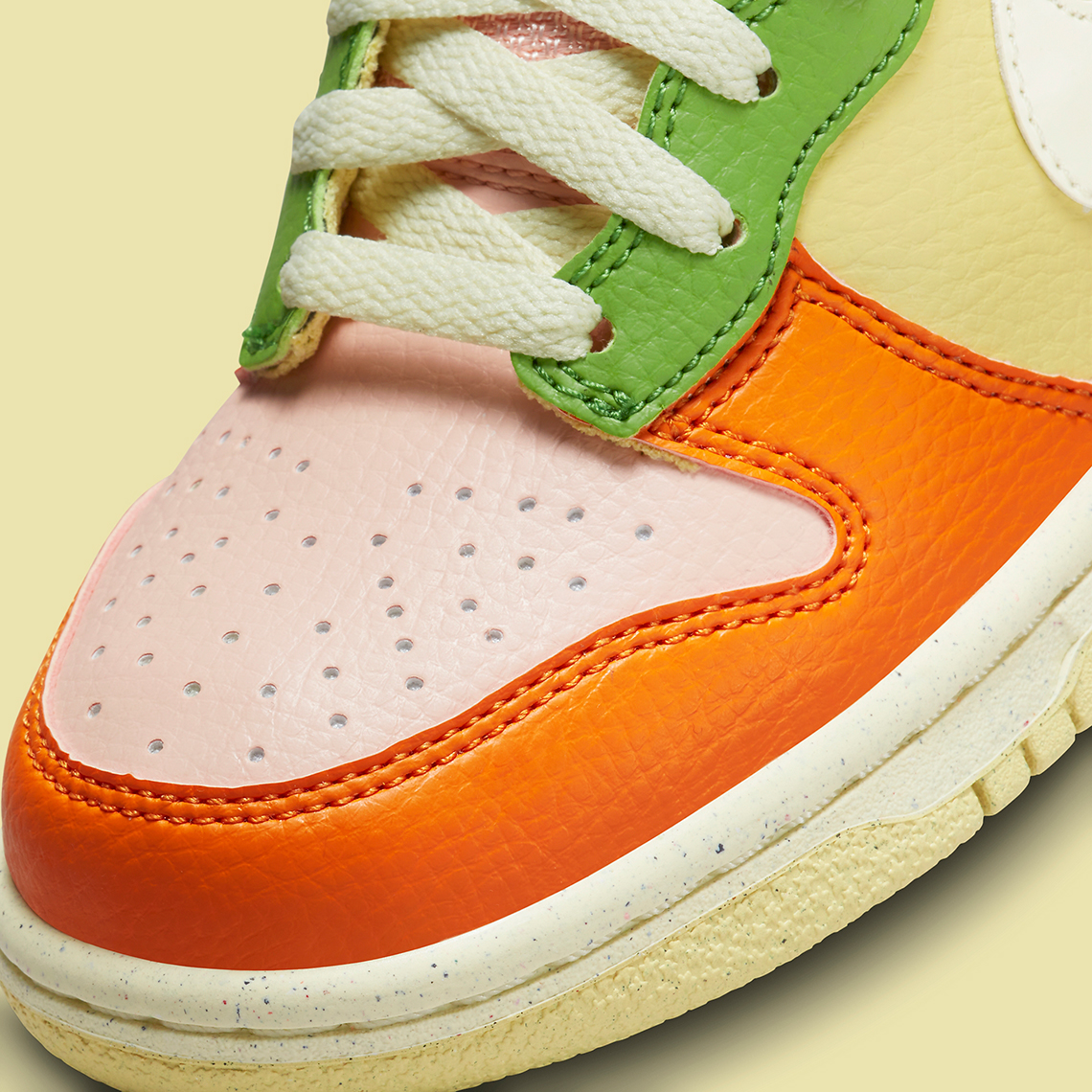