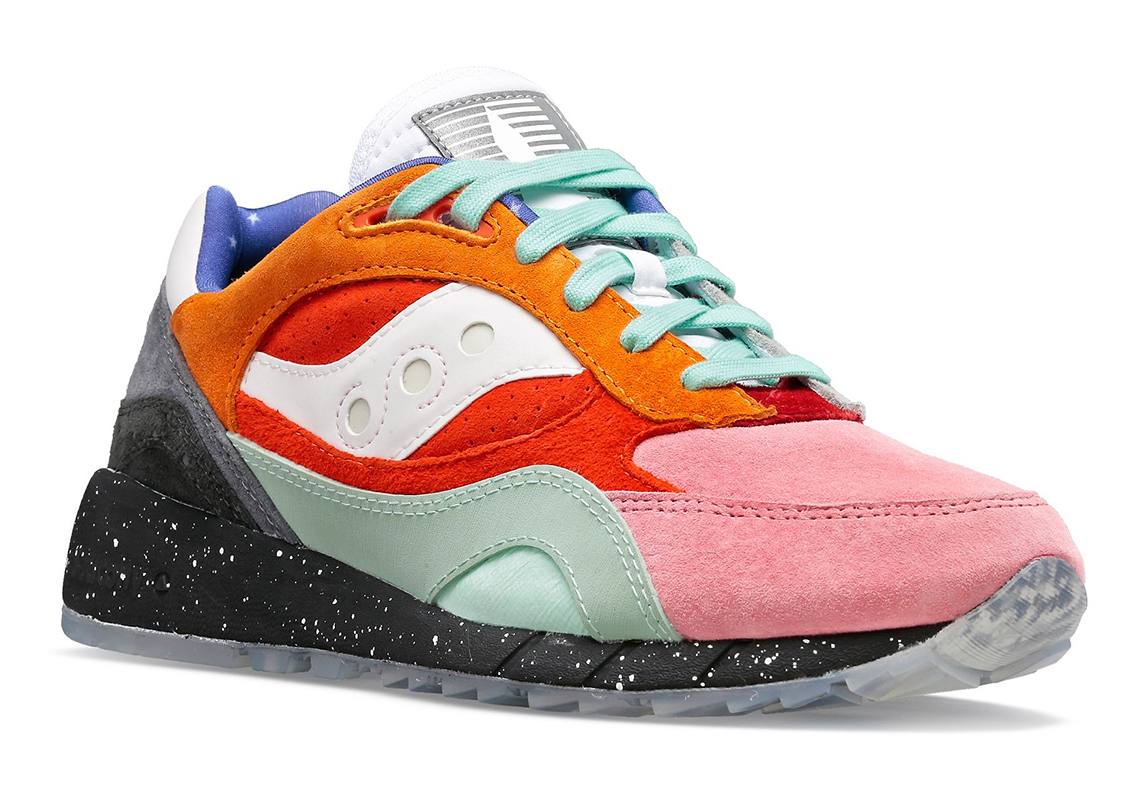 There was a moment in time when the space flight aesthetic had an absolute chokehold on the sneaker game. The “big bang” of that trend was Nike’s doing when they dropped their All-Star footwear collection in 2012, adapting a breathtaking aesthetic onto modern and classic Nike Basketball designs such as the Air Foamposite One and more.

In 2014, Extra Butter presented another thorough take on the motif with their “Space Race” collection, a collaboration with Saucony that included three silhouettes. Their Grid 9000, Shadow Master, and Shadow 6000 touched on the bright orange hangtags/labels, the vacuum-sealed food eaten in outer space, and the drab surface of the moon, fully encompassing the space travel thematic with impeccable color-blocking and details. Curiously enough. Saucony (without Extra Butter’s involvement) has unearthed the three distinct colorways, applying them in “What The” style onto the Shadow 6000 as an in-line release.

If you’re still on the space fad, this Saucony Shadow 6000 “Space Flight” is available now on Saucony for $150. 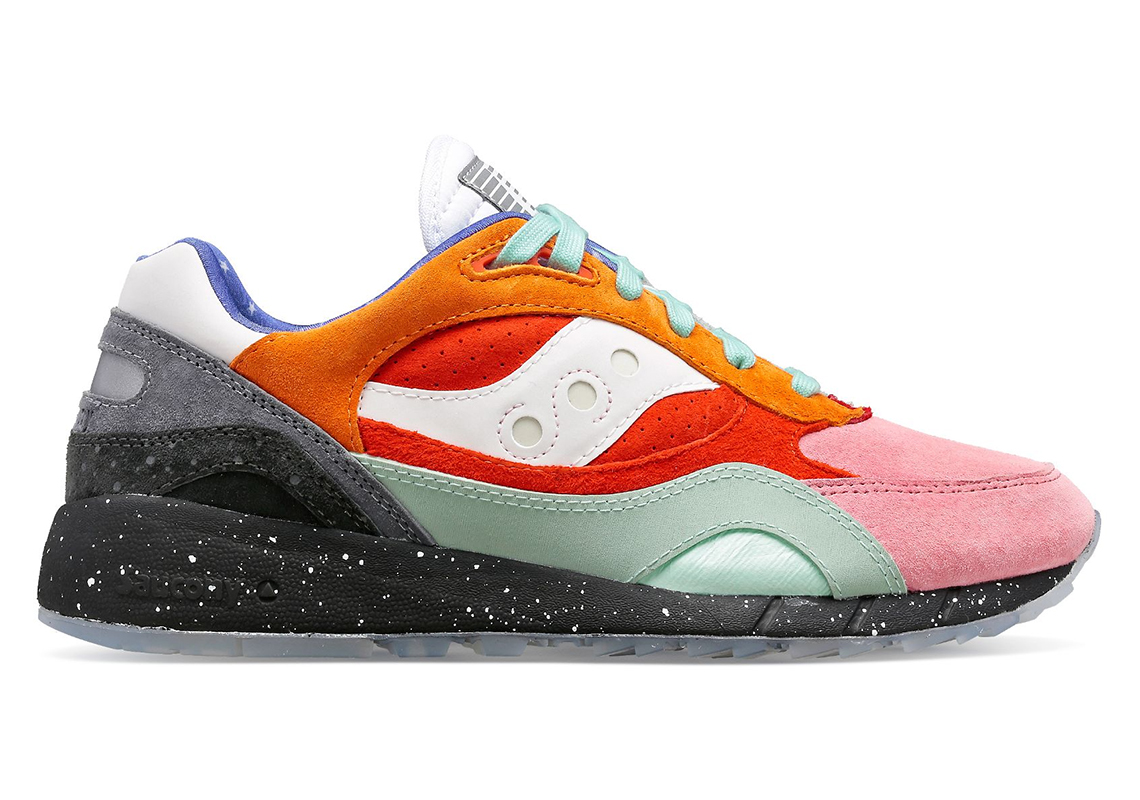 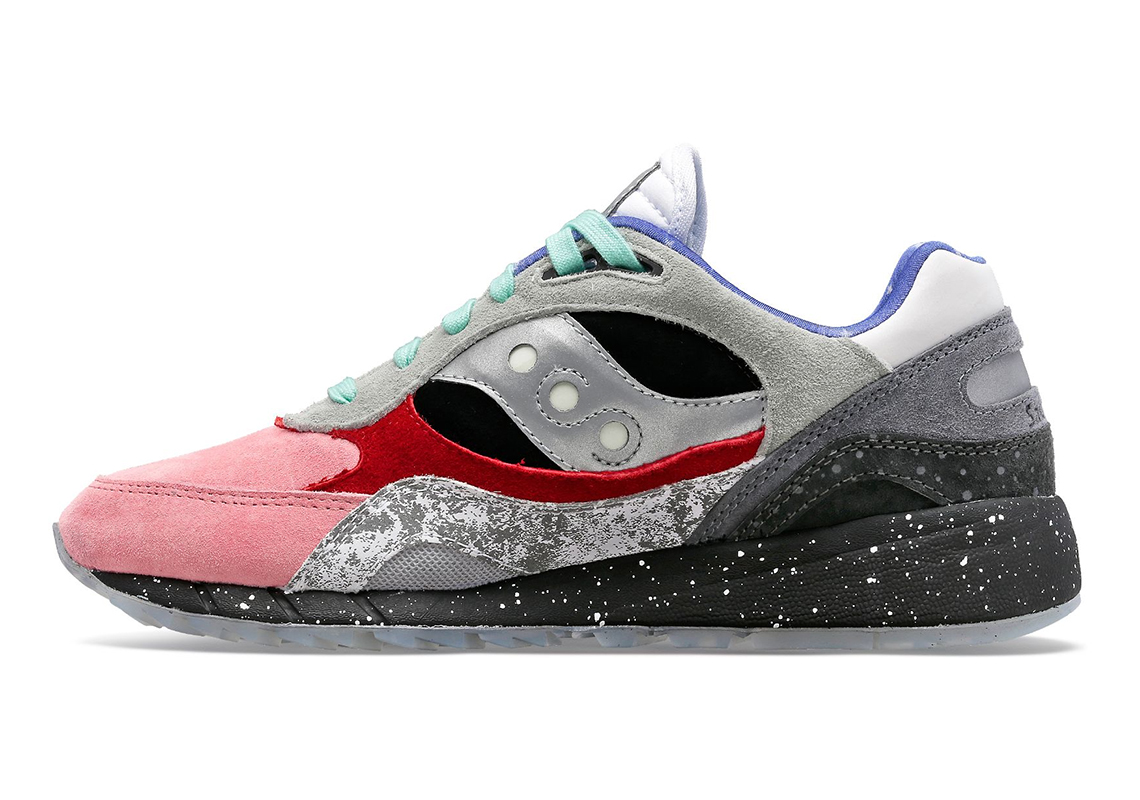 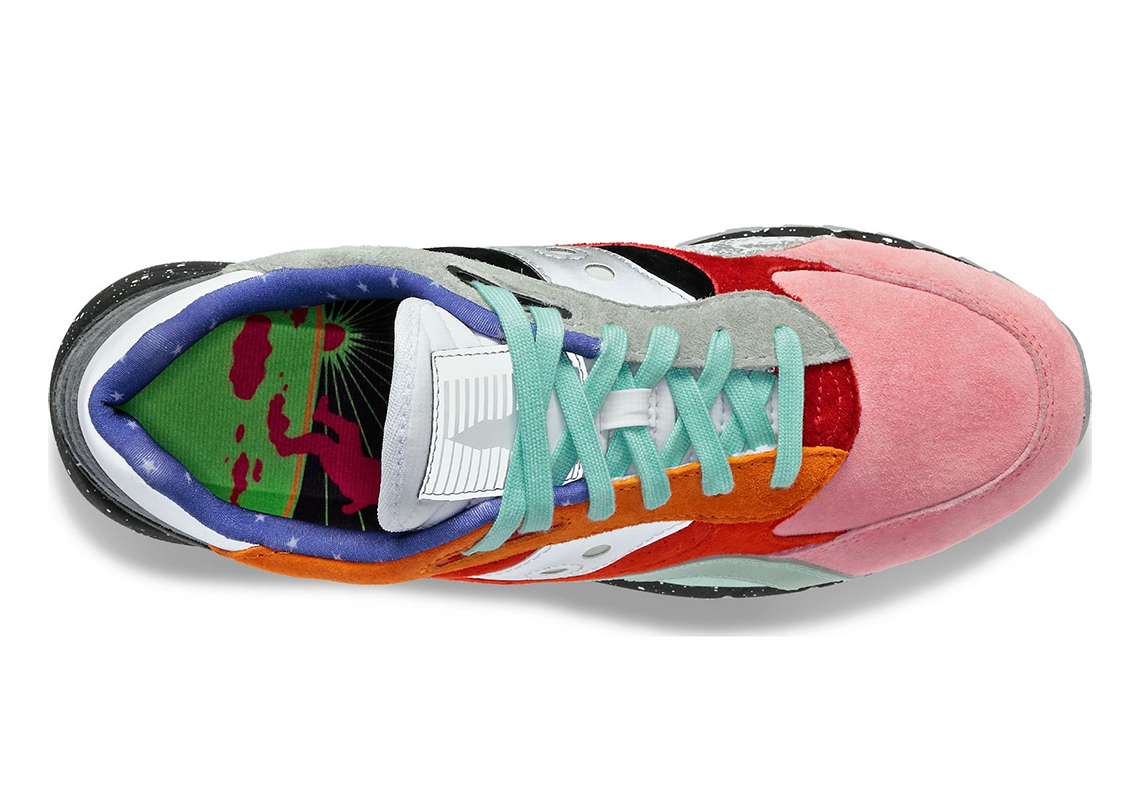 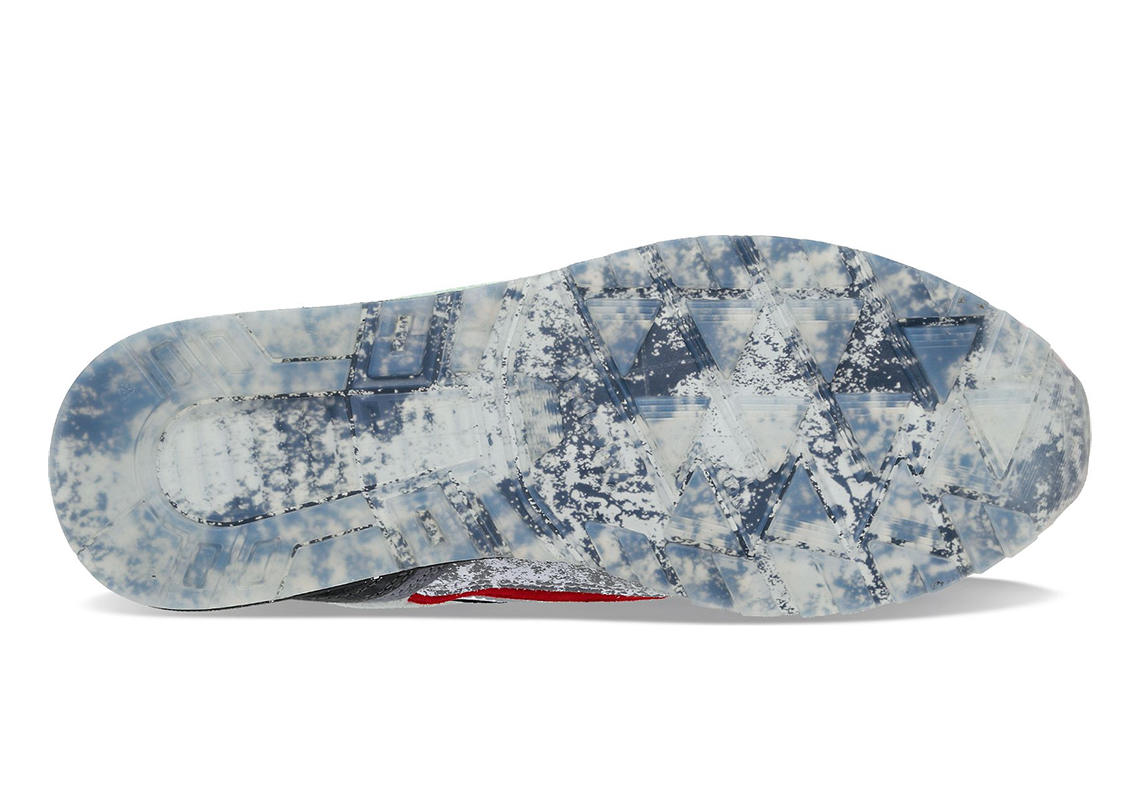