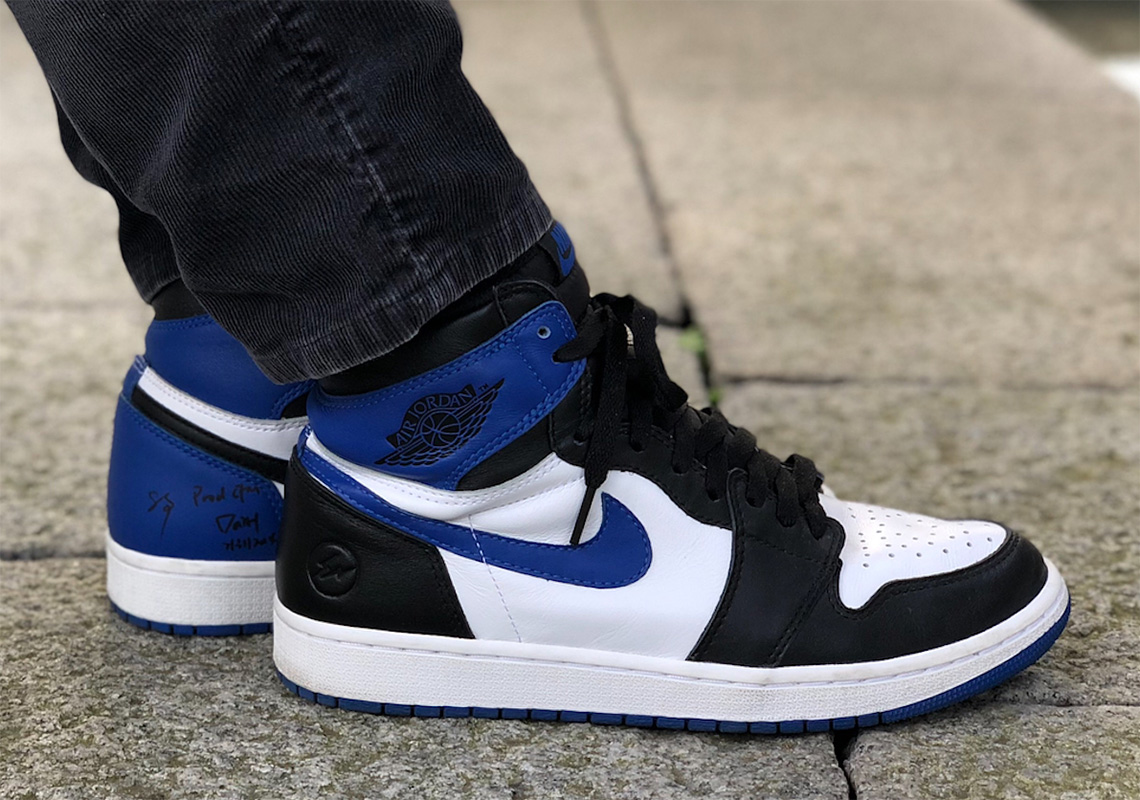 fragment design founder Hiroshi Fujiwara is getting this week off on an electric start by wearing one of the craziest Air Jordan 1 samples ever created. The design of the fragment design x Air Jordan 1, a sublime take on the “Black Toe” colorway with a Varsity Royal variation, was toyed around in several different styles before settling on it’s final design. One of the samples was a mismatched style long before the “Top 3” look got trendy. In fact, Fujiwara has always shown an affinity for the alternate color-blocking as seen with his trio of Nike Dunk High releases in 2010.

This unreleased sample closely resembles the retail version on the left shoe, with the exception of the black fragment design logo debossing on the heel. The right shoe features the colors of the heel and the Swoosh reversed. It appears that the shoes have merely surfaced on the feet of the long-time Nike collaborator, so don’t consider its resurfacing as a hint of a release. Check out the additional photos ahead and let us know if these are better than the released version. 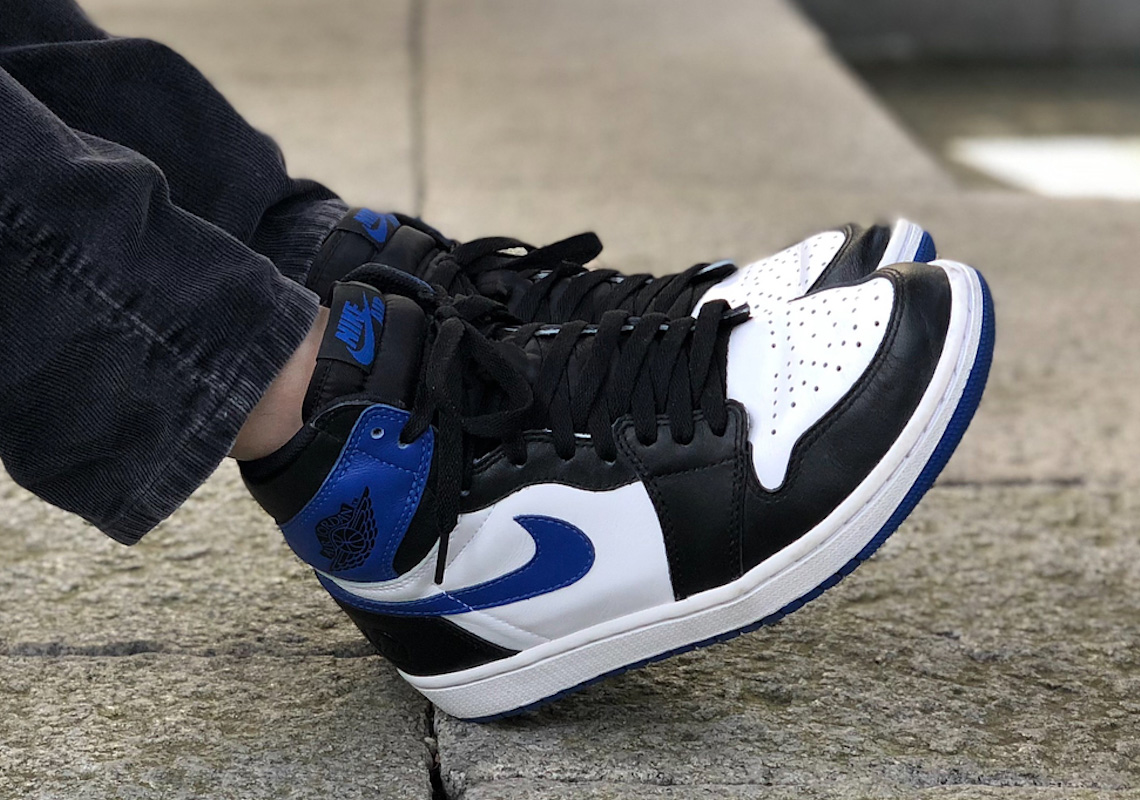 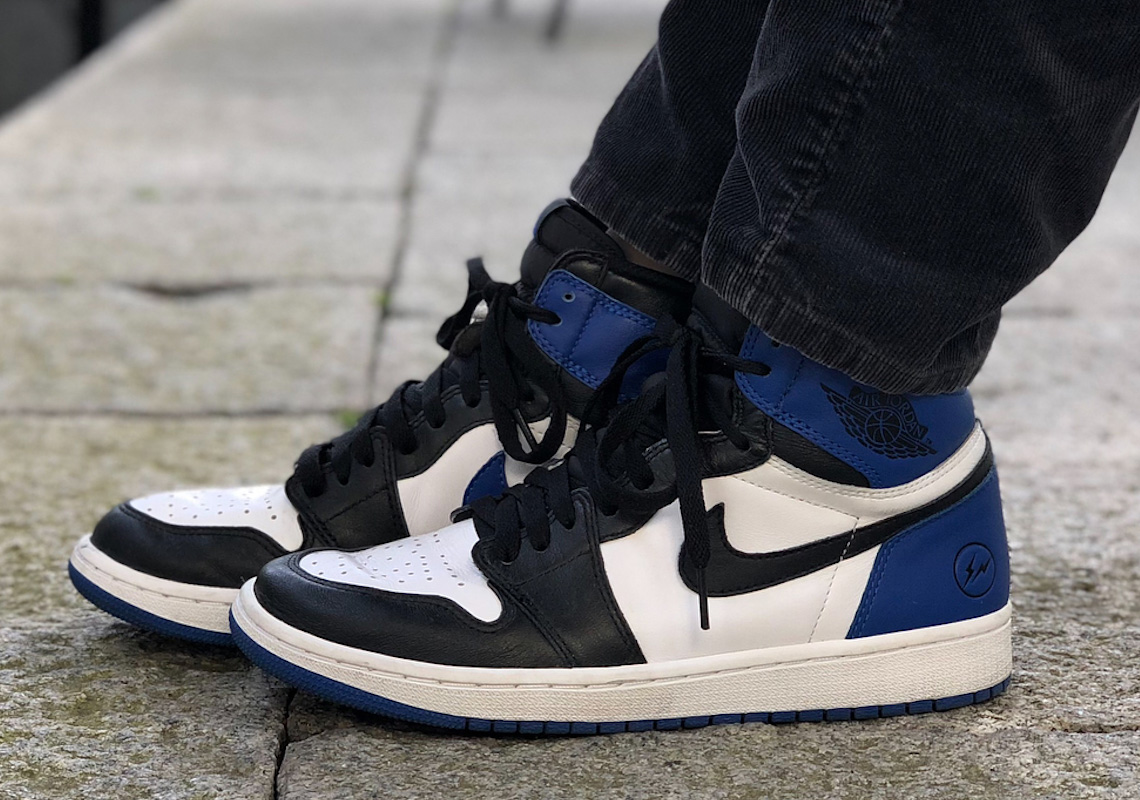 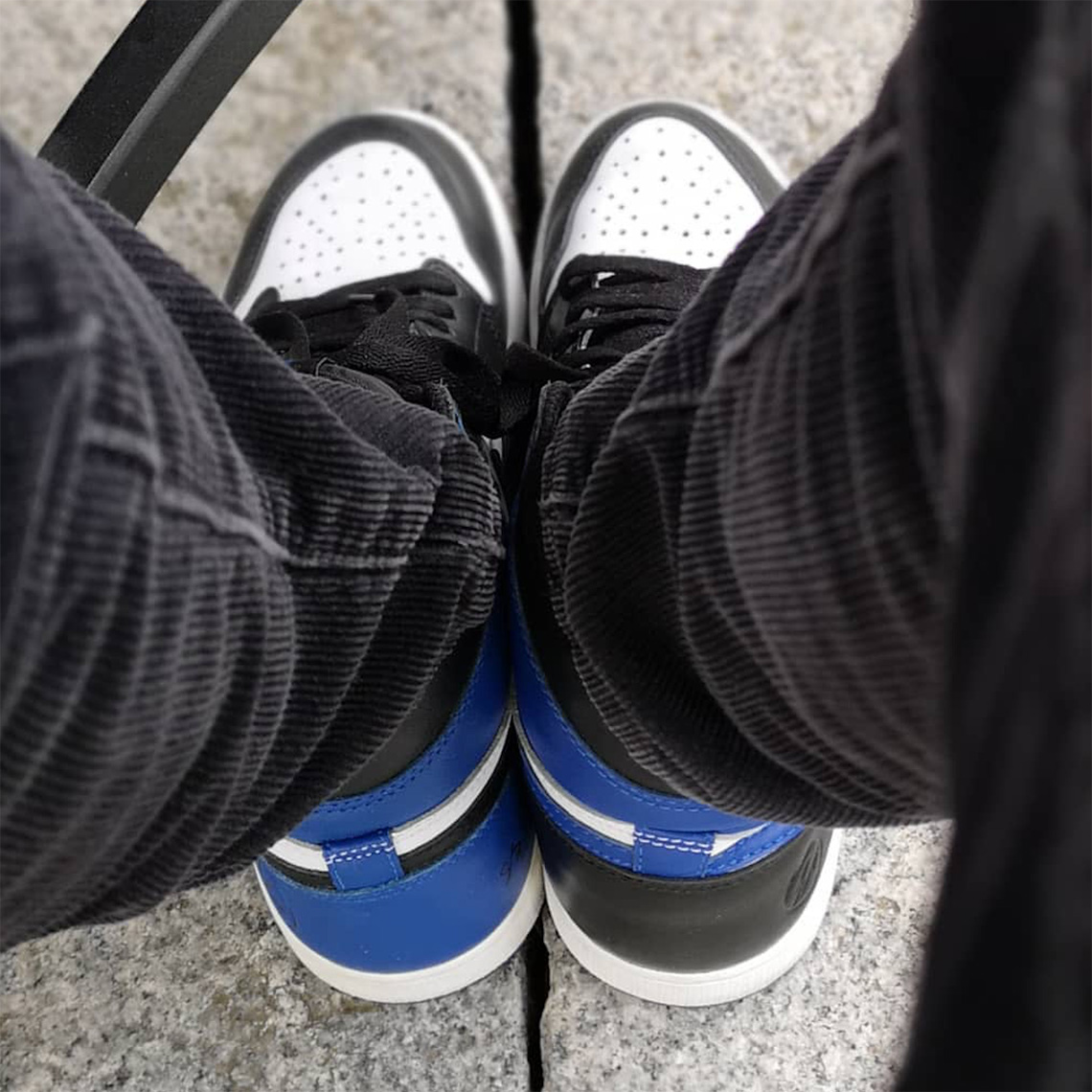