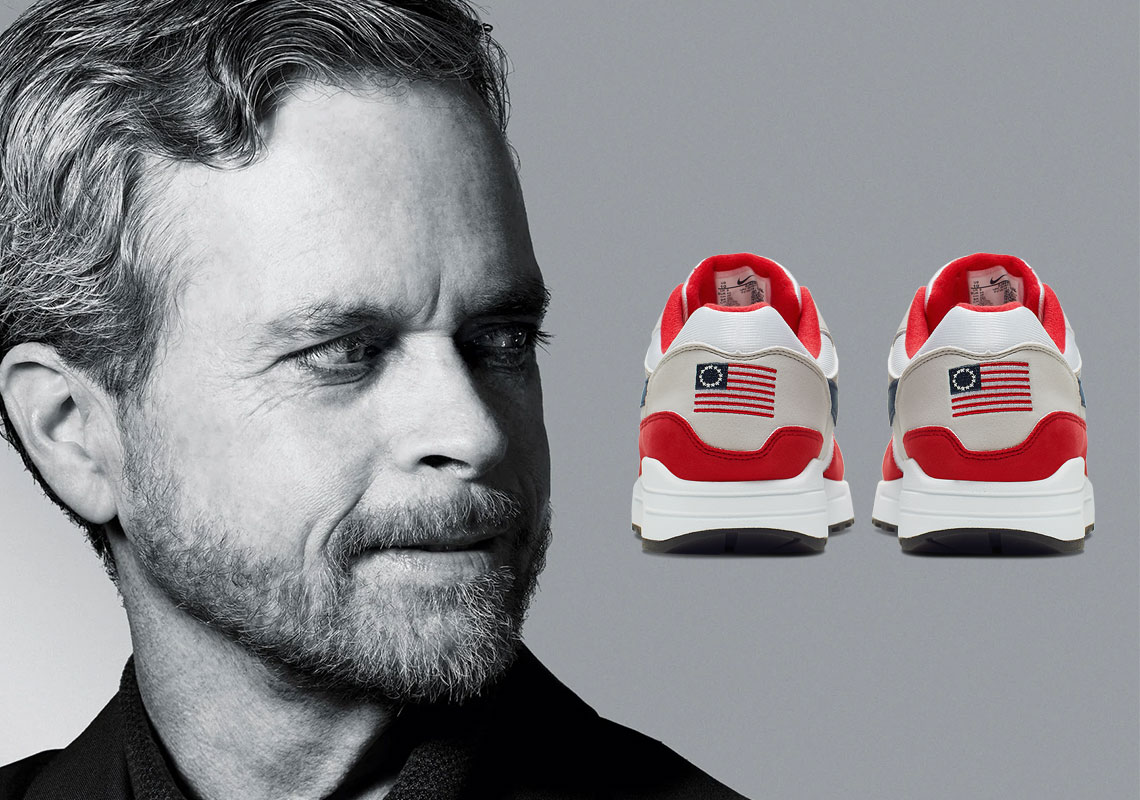 Nike CEO Mark Parker isn’t one to shy away from tough decisions or taking a stand on divisive issues. From making Colin Kaepernick the face of their recent “Dream Crazy” initiative to their emotionally charged 2017 Grammys ad that featured LeBron James, Kevin Durant, and more, the longtime leader of the Swoosh Brand understands the importance of making a statement — and he recently revealed his thoughts on the controversial Air Max 1 “Betsy Ross,” a shoe that was pulled from the market shortly after its release this July. During an interview with Fast Company, Parker was asked how he thinks about the social consequences of a product, and stated “[They’re] important, particularly in a world that’s become polarized in many ways, amplified by social media. It’s a more sensitive environment. So there are occasions when we’ve decided to pull our product and services from the market. The decision [regarding] that Air Max product was based on concerns that it could unintentionally offend and detract from the Fourth of July holiday. That’s the reason we pulled it, not to create a source of polarization. We make those decisions, sometimes. They’re rare, but it does happen. We’re trying not to offend.”

Parker then hammers home how crucial values are to the company, saying “There are values that are important to the brand and the company that we’re not going to shy away from. We support the views of our employees, our athletes. And yeah, we will put a stake in the ground and take a stand. I don’t want to suggest that we don’t. I think it’s probably pretty obvious that we do, and that’s a part of who we are as a company.” Later, when asked about potential blowback, he also says “That’s not a reason not to have a voice. It’s important for me personally, but also for the company, to stand for some values. We don’t shy away from that.”

As any socially conscious move by a company of Nike’s size is wont to do, the decision to take the thirteen star-equipped sneakers off the market incited both vitrol and praise in equal measures. There were reports that Kaepernick himself requested the product be removed from stores, and all the controversy drove the shoe’s value through the roof, with pairs reselling for four-figure sums before most aftermarket retailers removed them from their platforms, capping off one of the biggest sneaker stories of the summer. Check out the full interview here, and if you want to see what’s up next for the Swoosh Brand, head on over to our Sneaker Release Dates page as well.