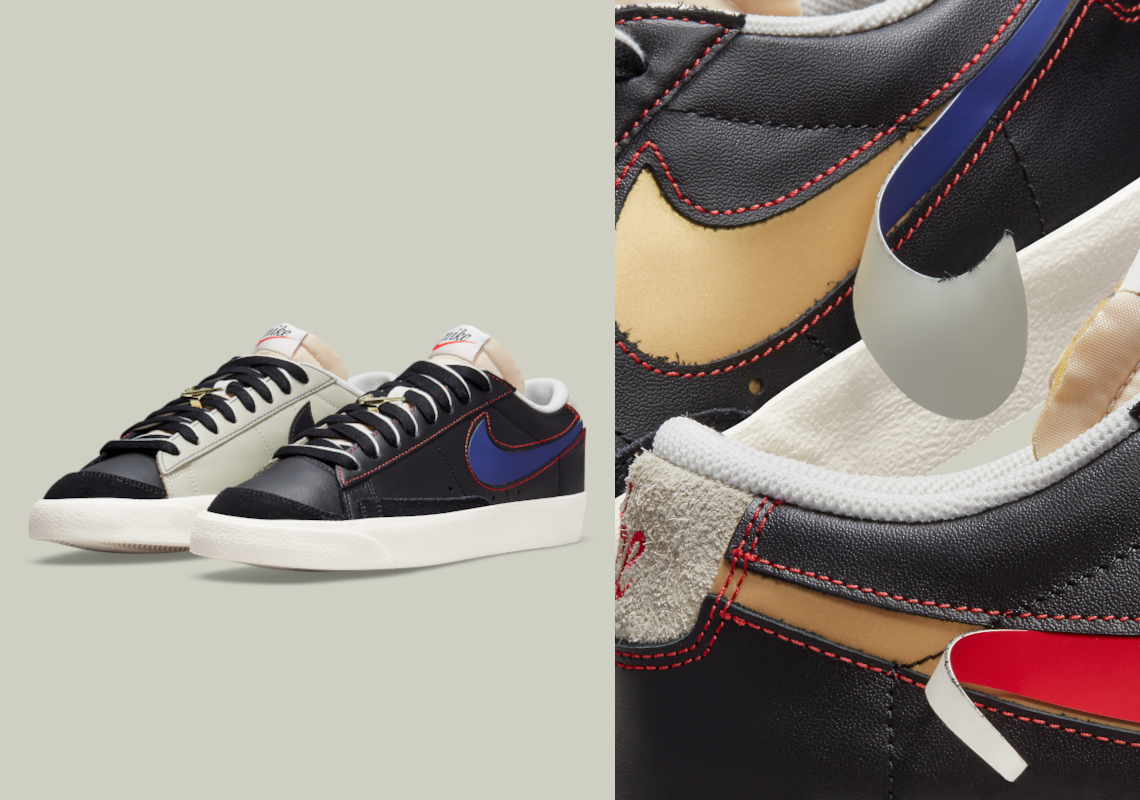 NIKE, Inc. has been responsible for leaps in performance-related innovation since being founded in 1964. Over the last 57 years, the North American sportswear conglomerate has also led the charge in marketing and design efforts, creating a lifestyle out of the Carolyn Davidson-created swoosh. As of recent, various pairs of the Nike Blazer Low ’77 have nodded to the logo’s history, with the latest proposition featuring a black and off-white colorway complete with removable swooshes.

Instead of donning text directly referencing the iconic logo’s first-use akin to previously-seen shoes, the forthcoming pair boasts a bevy of branding efforts on the sock-liner. “nike” text on the upper heel panel also harkens back to the company’s earlier days, which Nike Sportswear collections of yesteryear have also done. Uppers on the latest Blazer Low indulge in a split arrangement, with medial sides sporting a light khaki tone; lateral sidewalls are dipped in a black hue that’s contrasted by the ostensibly blue swoosh and exposed red stitching. Further inspection, however, reveals that the swooshes on both shoes’ lateral sides are removable, only being held in place with adhesive. Elsewhere, lace accessories cast the Davidson-designed logo in gold, while two-tone, double laces nod to newer endeavors like sacai‘s collaborations with the Swoosh.

Official Nike SNKRS release details are unknown, but this low-top Nike Blazer is likely to launch in June to commemorate the first-use of the swoosh logo. In any case, enjoy images of the shoes ahead.

For more from NIKE, Inc., check out the latest Air Jordan 1 Low styles. 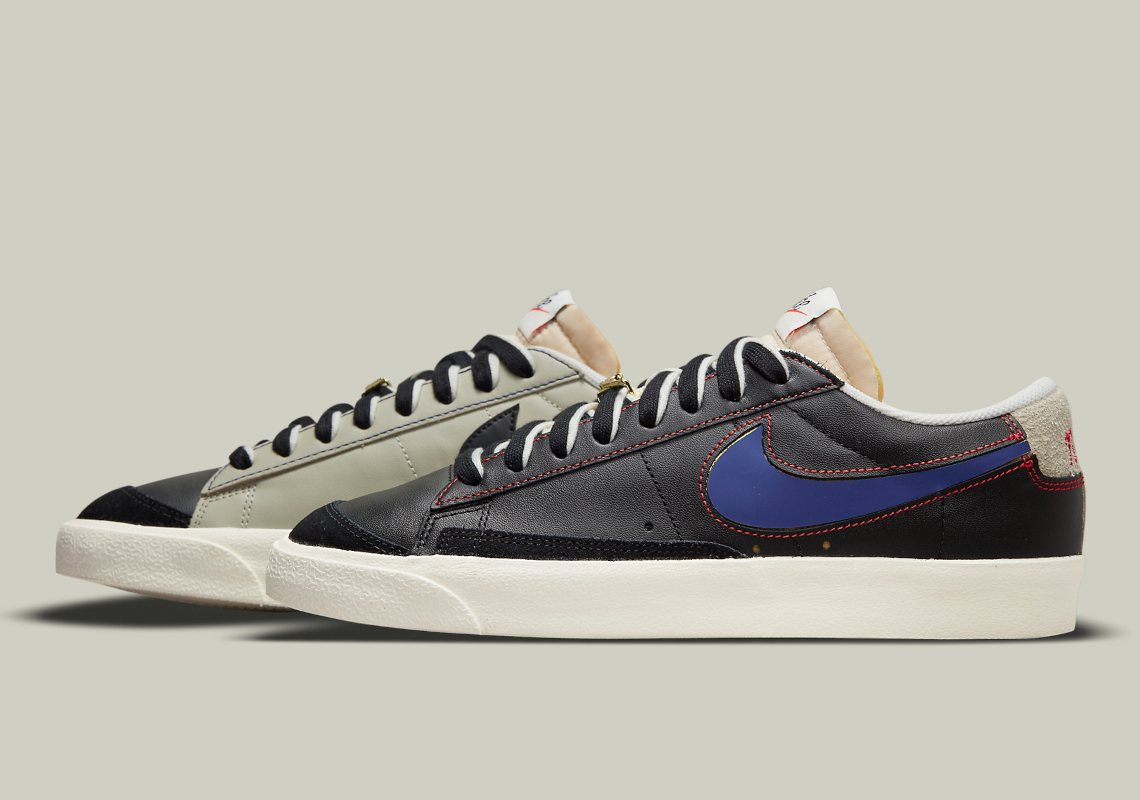 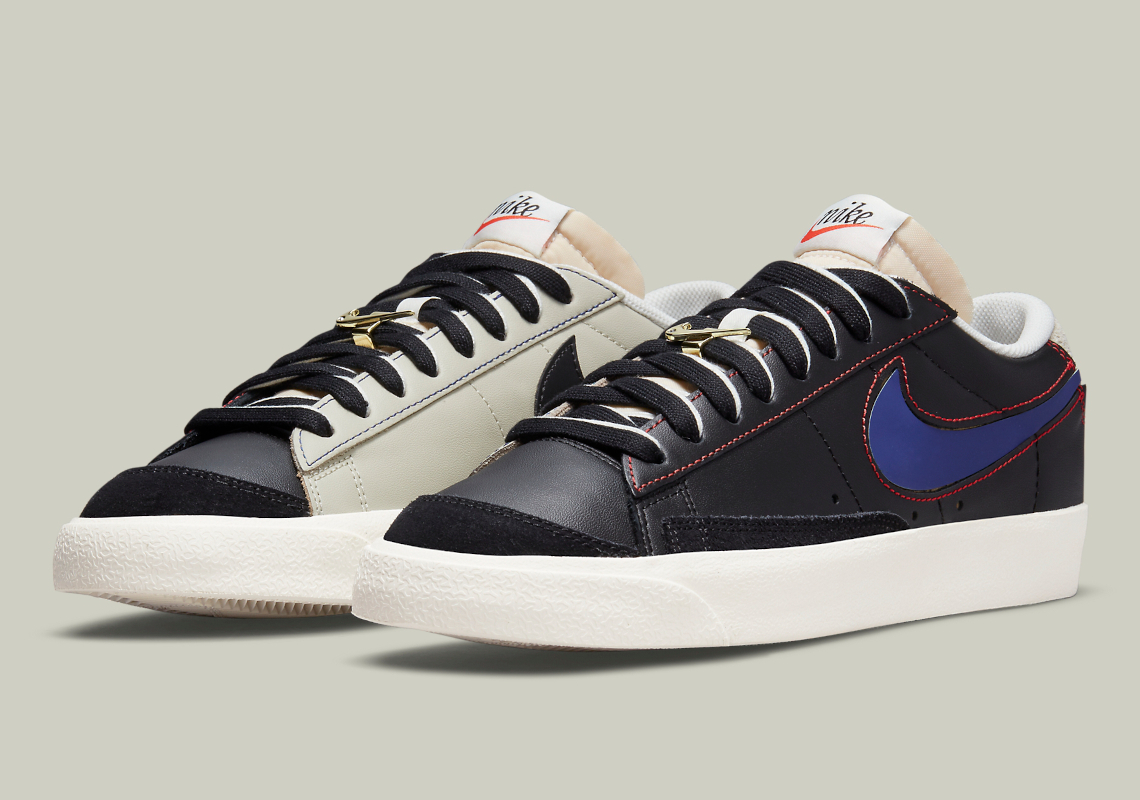 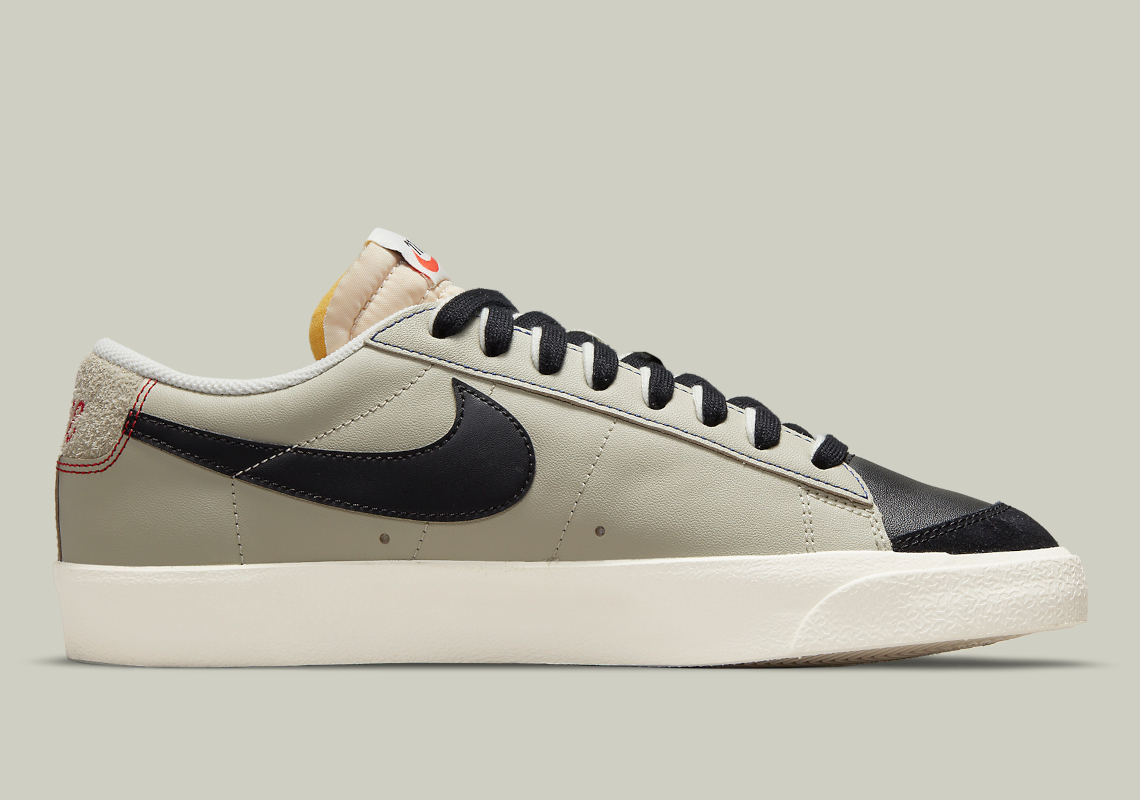 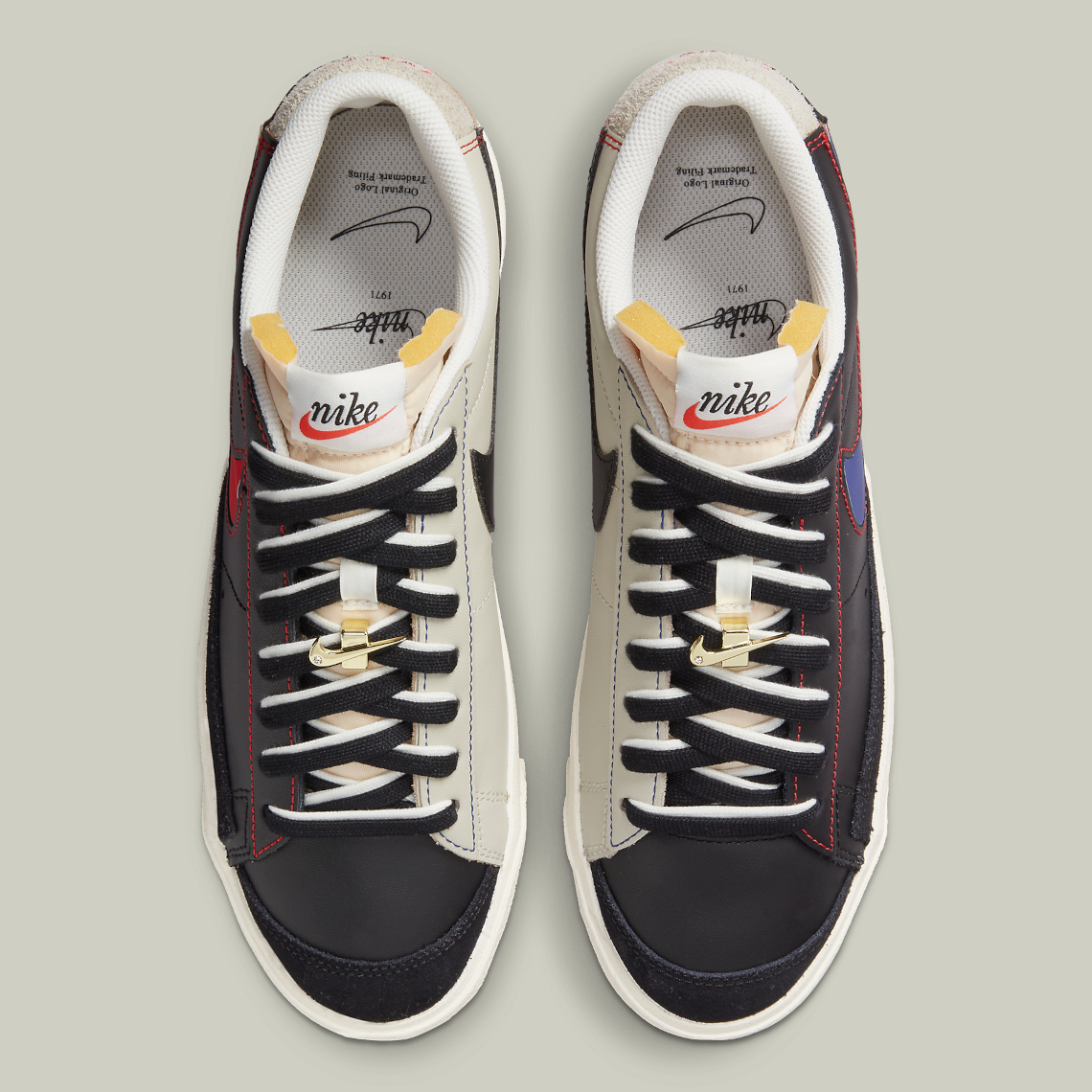 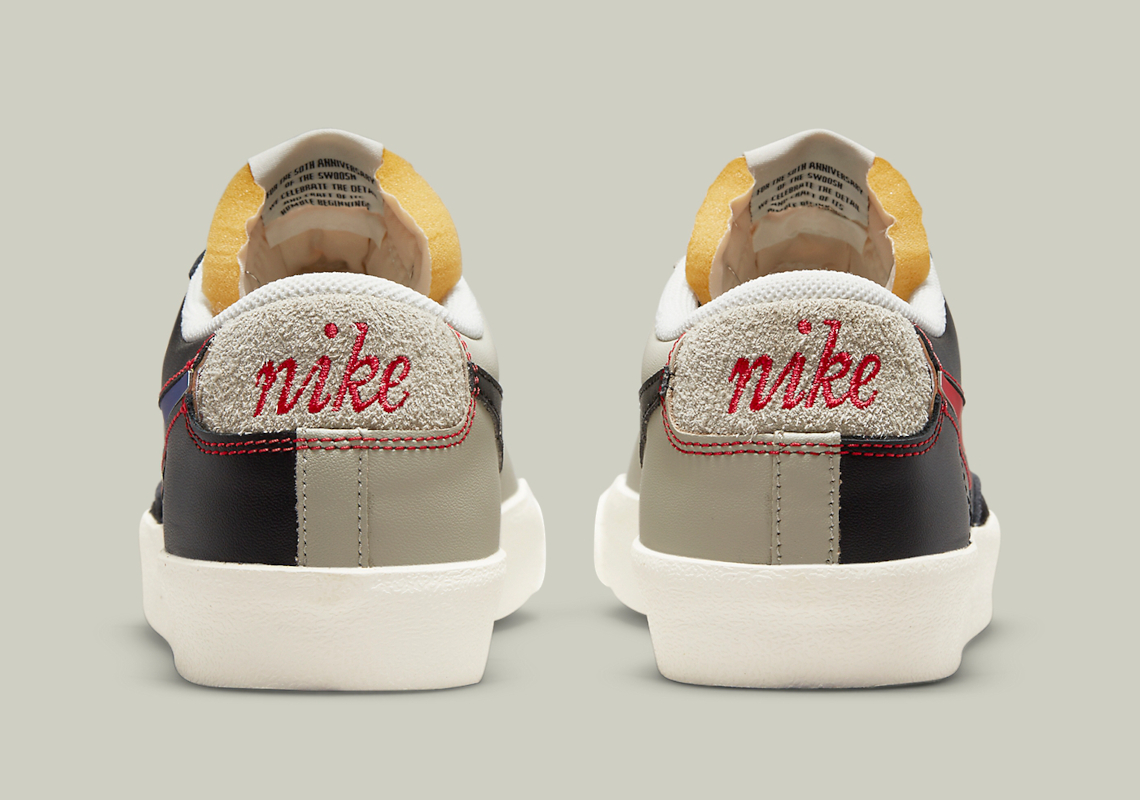 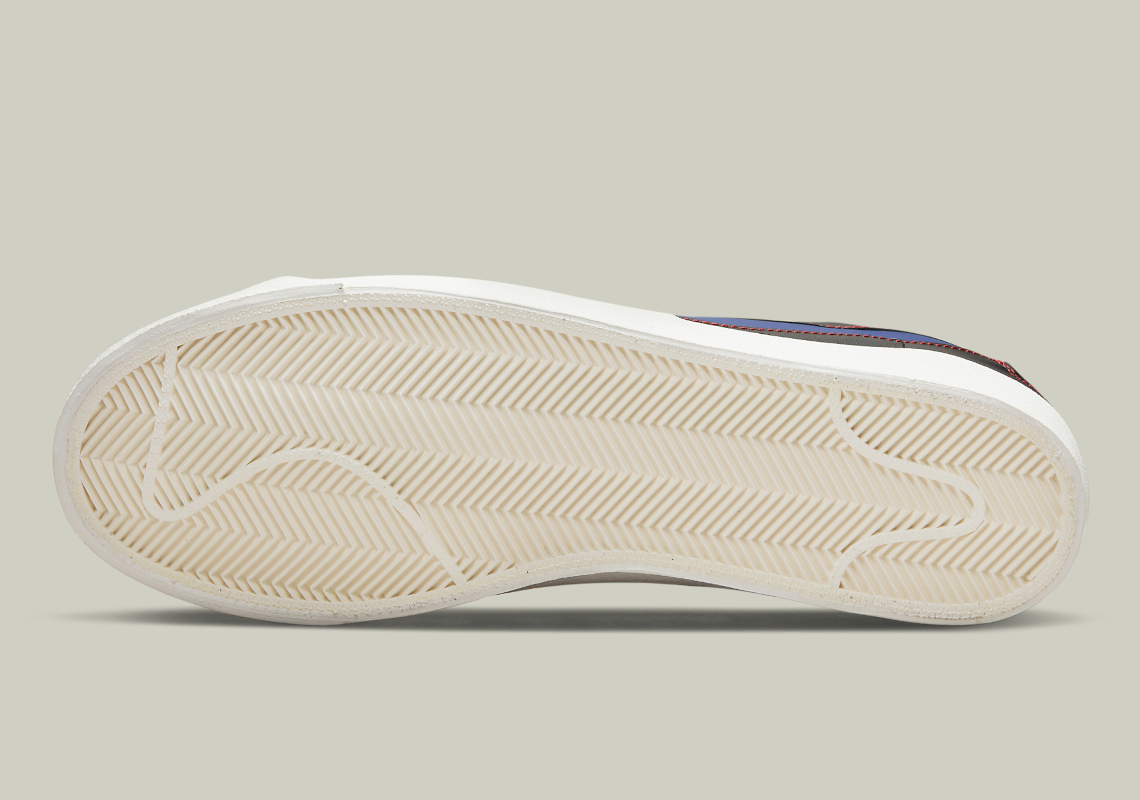 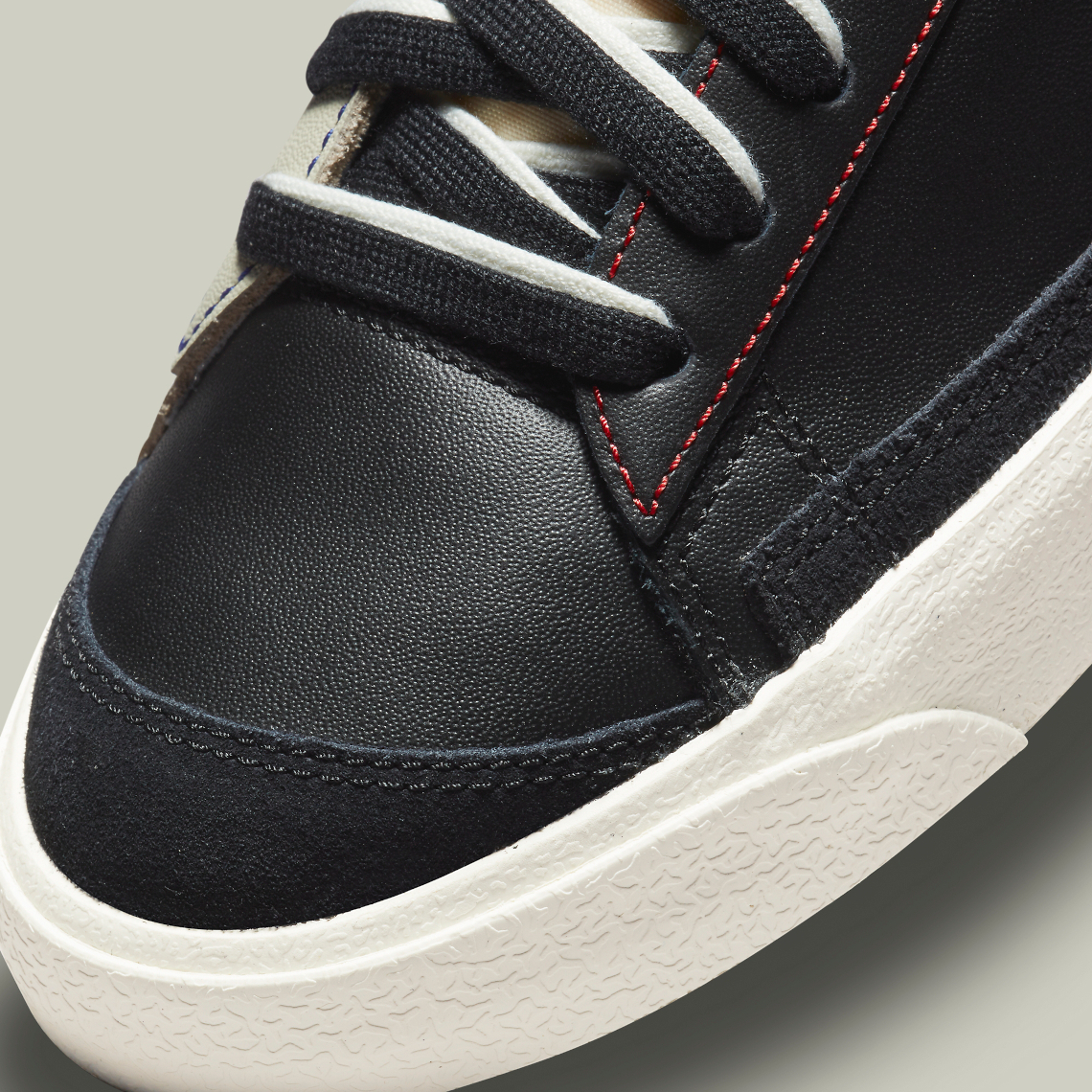 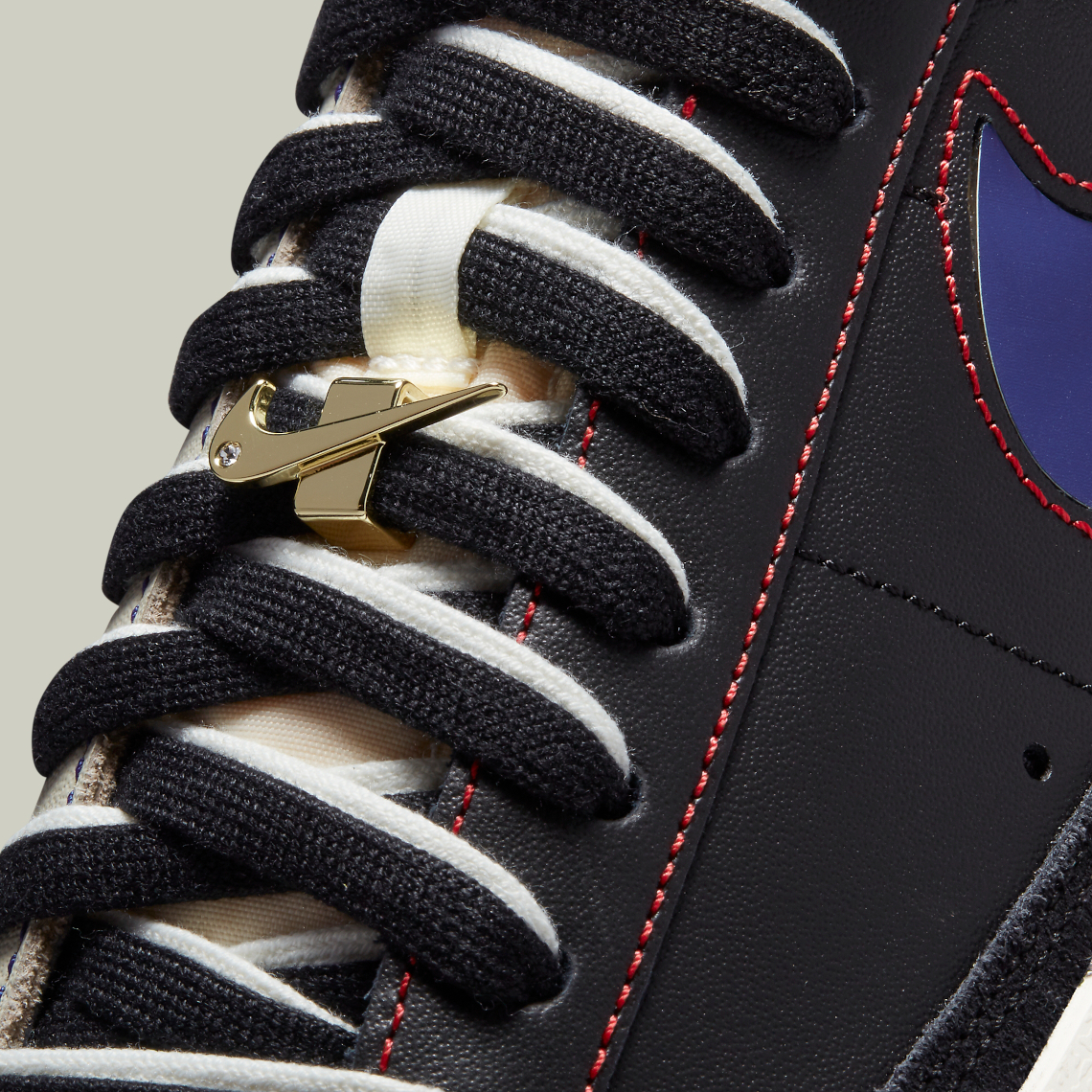 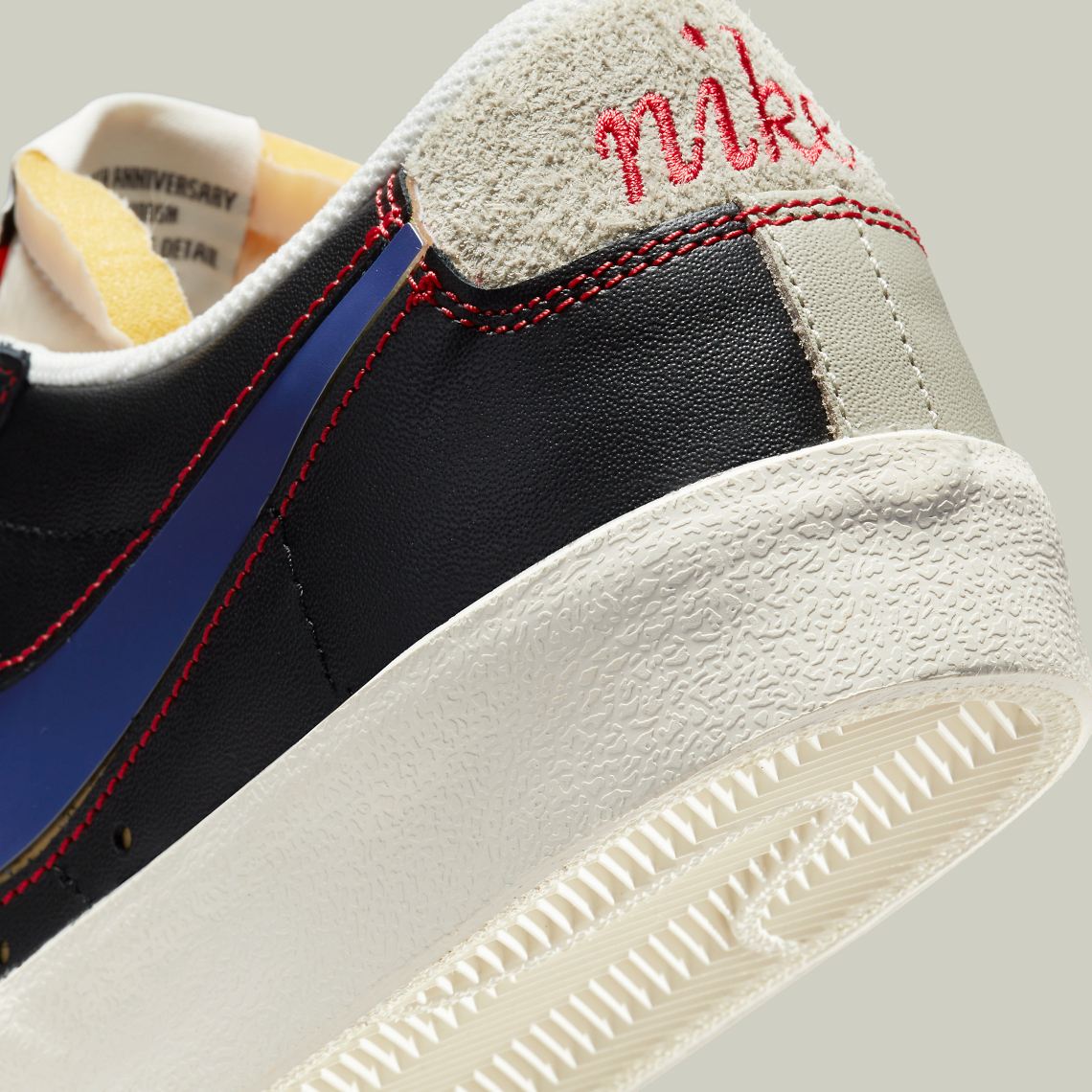 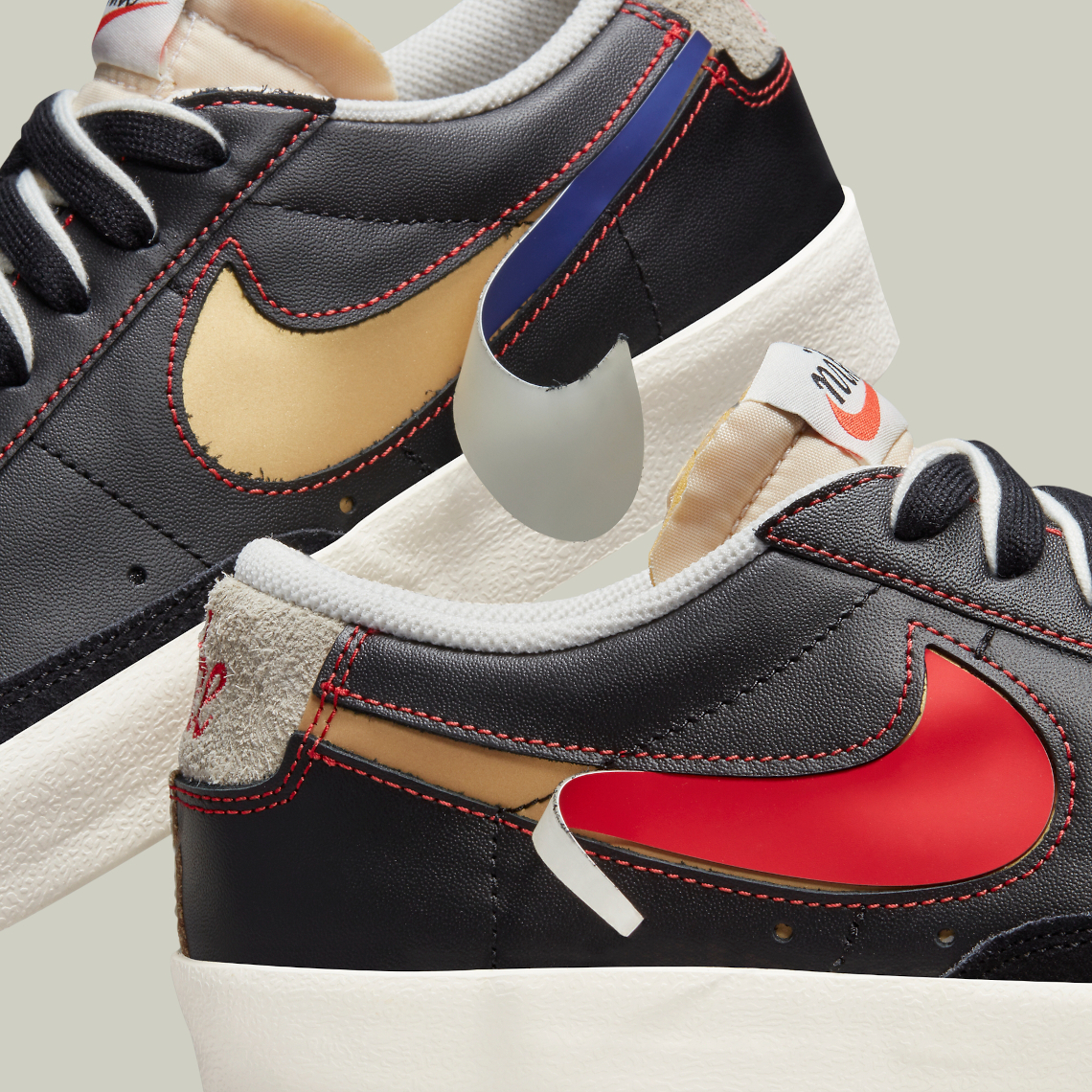 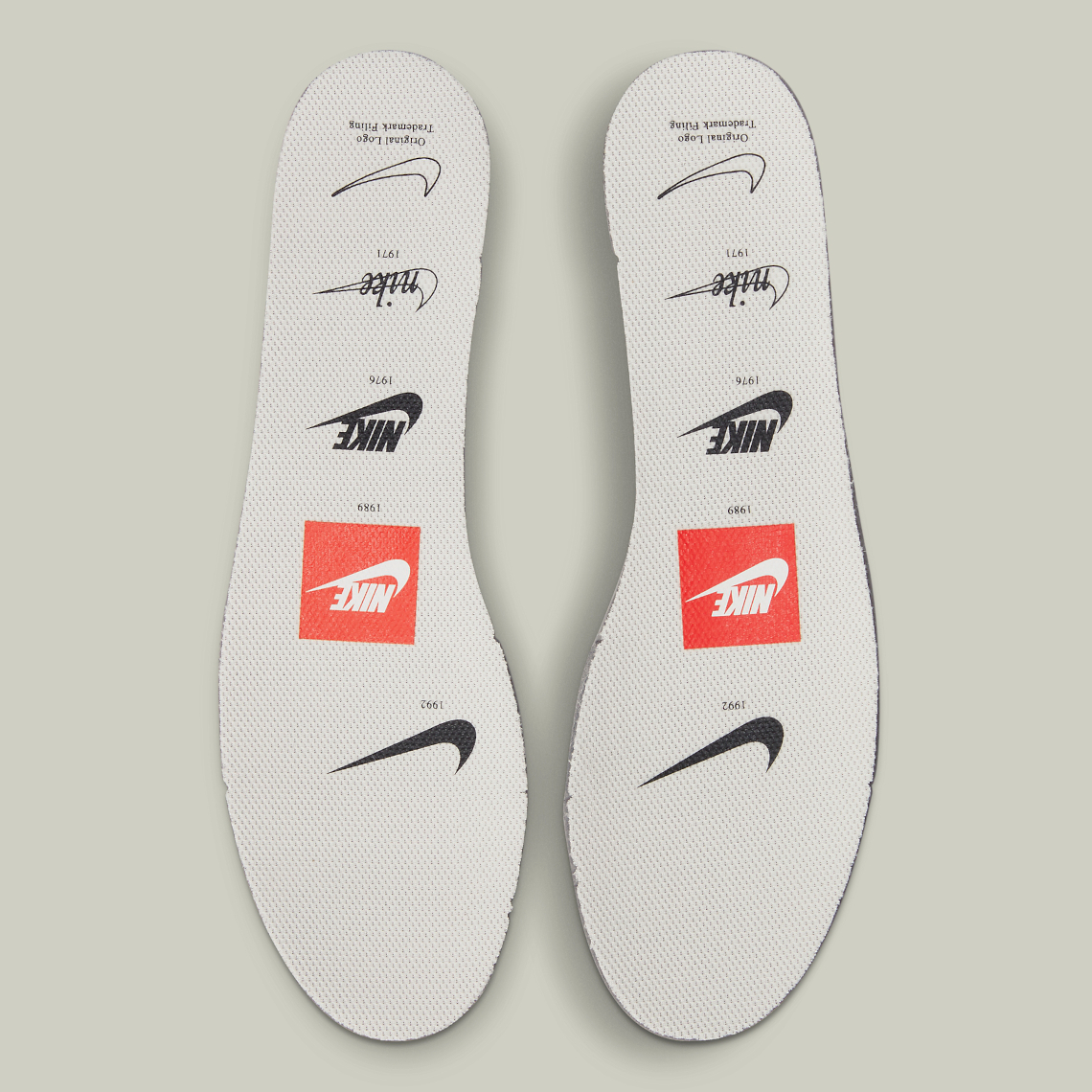 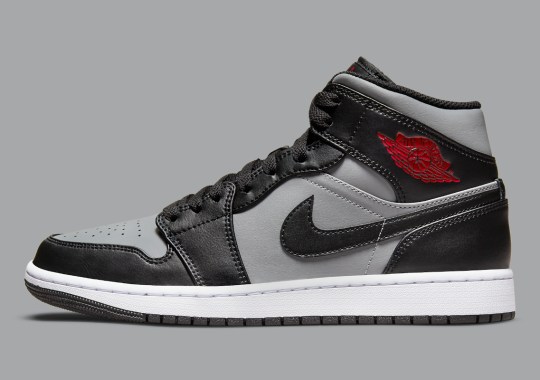