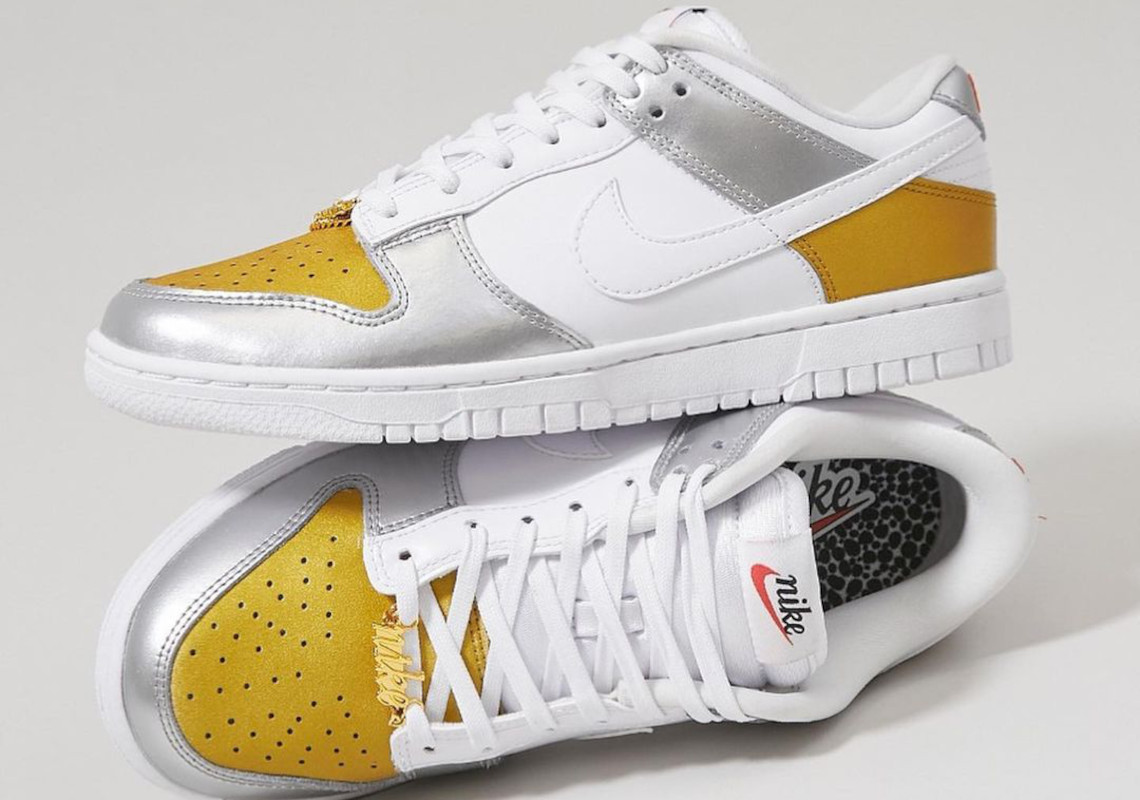 Between the basketball-focused inaugural styles and Nike SB re-imaginations, the Nike Dunk Low designed by Peter Moore in 1985 has accomplished a lot. And while several releases over the last year have made the silhouette more accessible than in past years, the model continues to enjoy an air of exclusivity, which a newly-surfaced gold and silver-accented pair has helped perpetuate.

Akin to countless pairs before it, the latest Nike Dunk indulges in a clean white leather base. Overlays across the forefoot and heel, then, boast the sneakers’ most eye-catching, metal-inspired flair. Shimmering silver is wrapped around the toe, while a matte-like gold animates the toe box; a flashier shade takes over the nearby “nike” lace dubrae, appropriate of the “bling.” “University Red” accents also appear on the top of the tongue and heel, but they play supporting roles to the aforementioned metallic hues, which also take over the flaps above and panels below the profile swooshes.

No firm Nike SNKRS release details have been disclosed by the brand, but that’s likely to change soon. In the meantime, enjoy product shots of the pair ahead.

For more from the Swoosh empire, check out the budget-friendly Nike Waffle Debut. 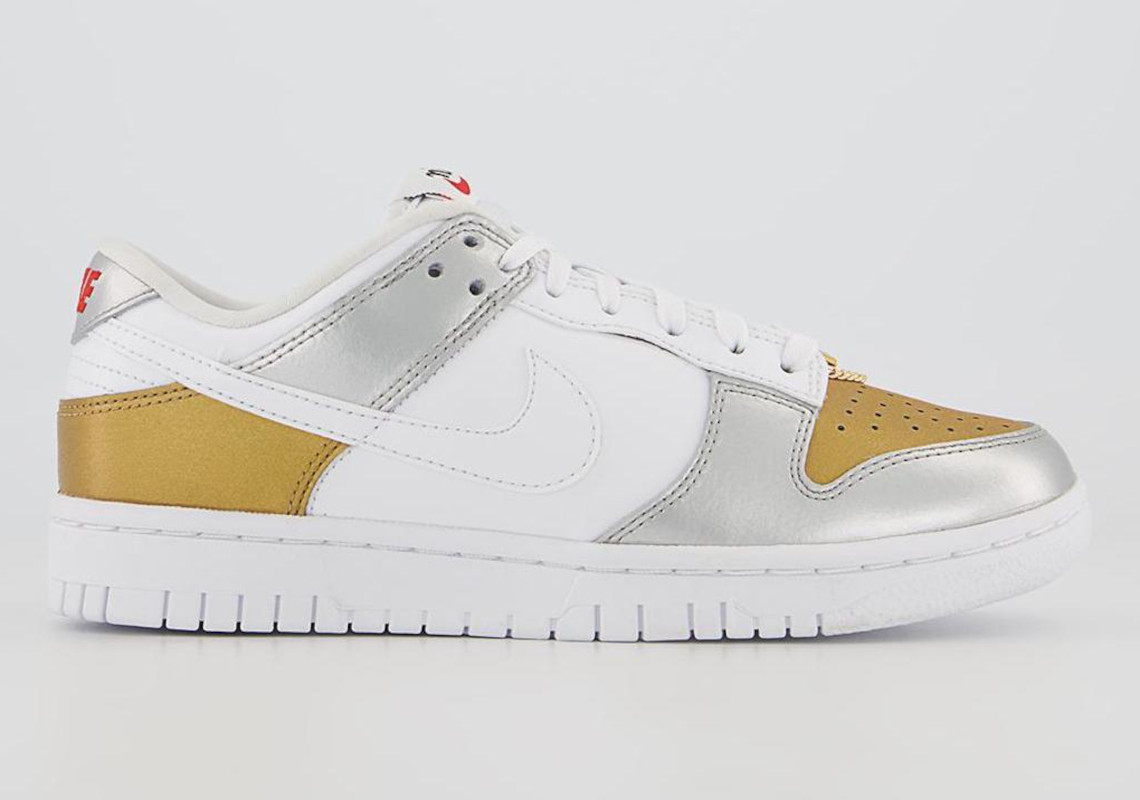 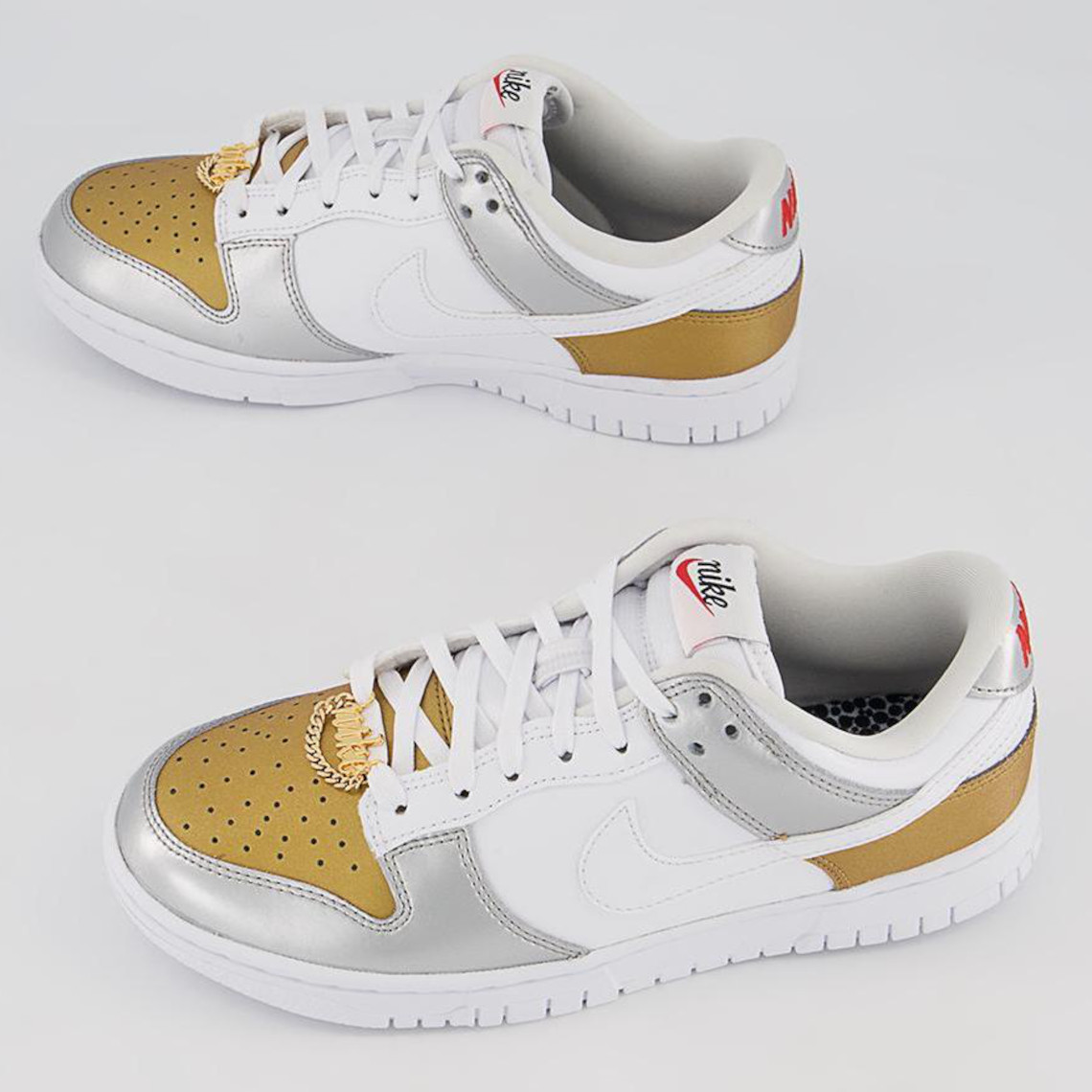 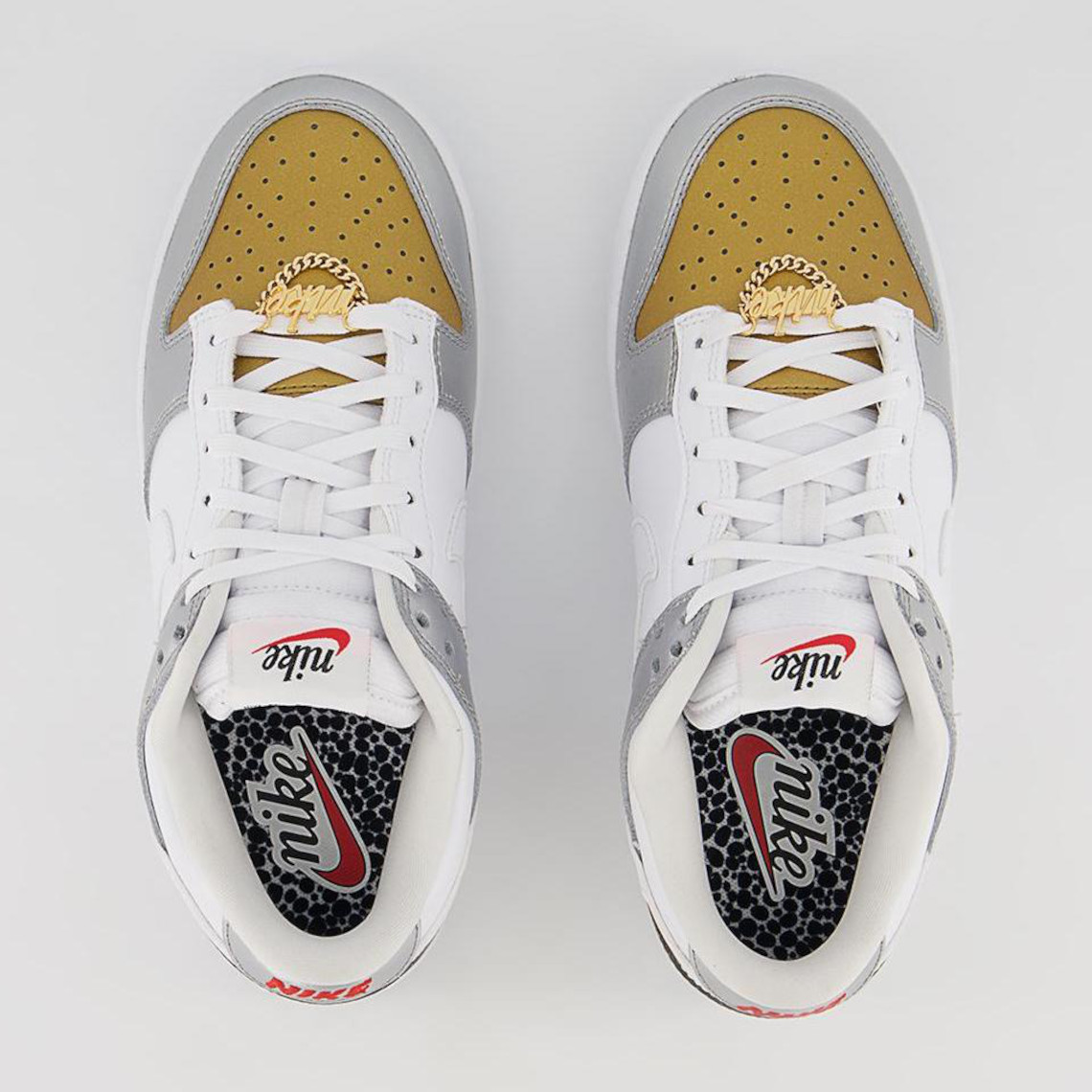 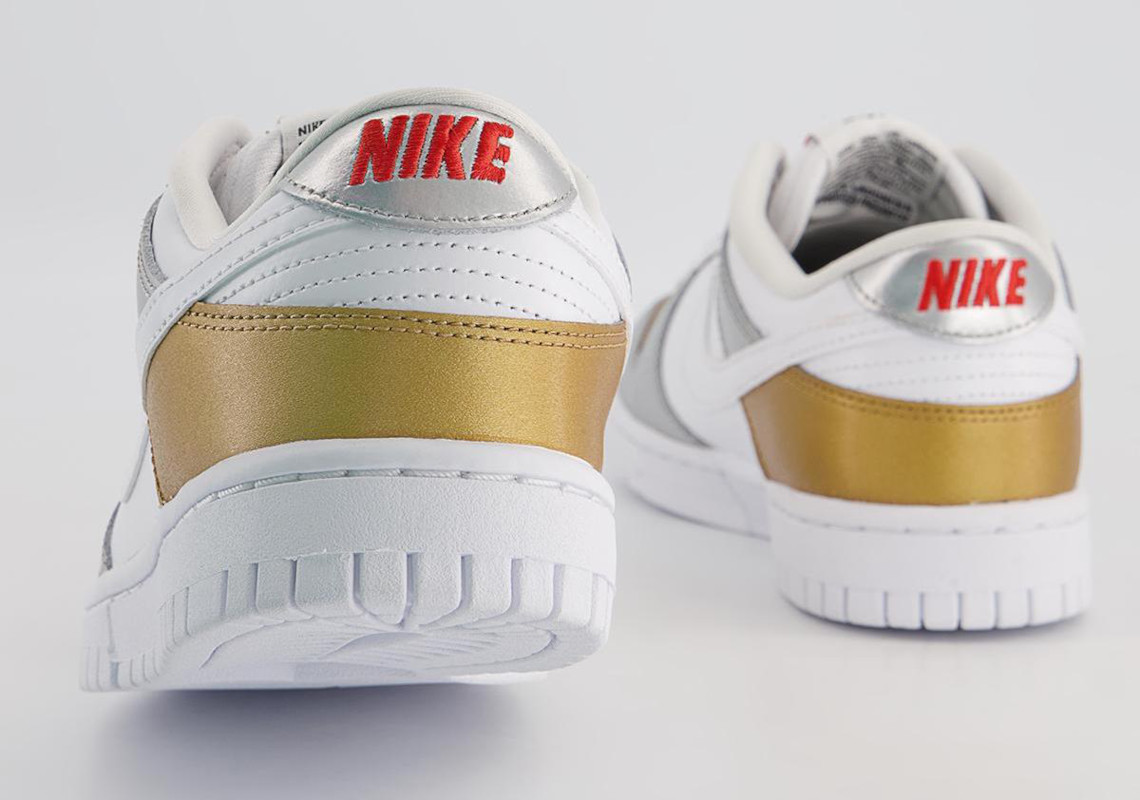 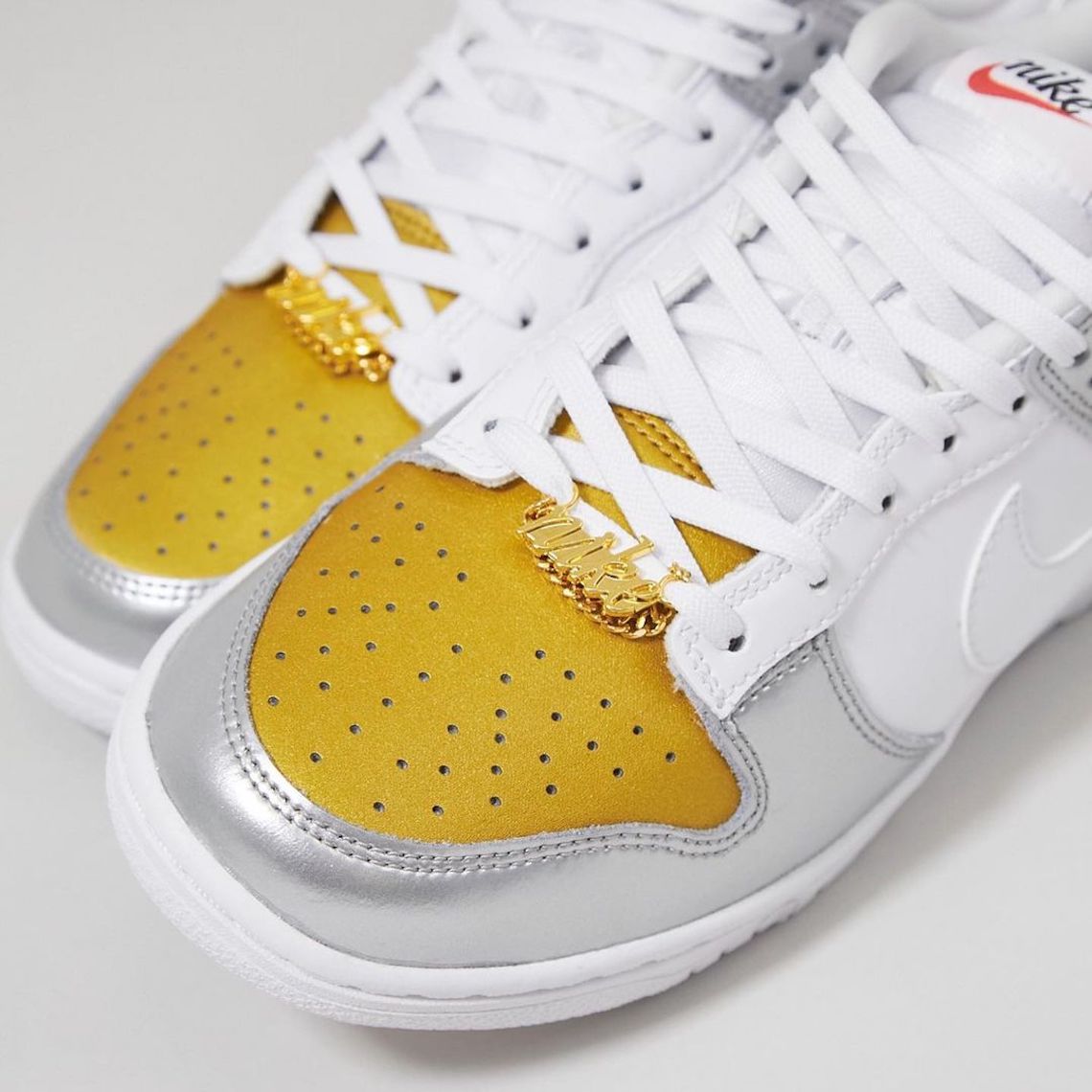 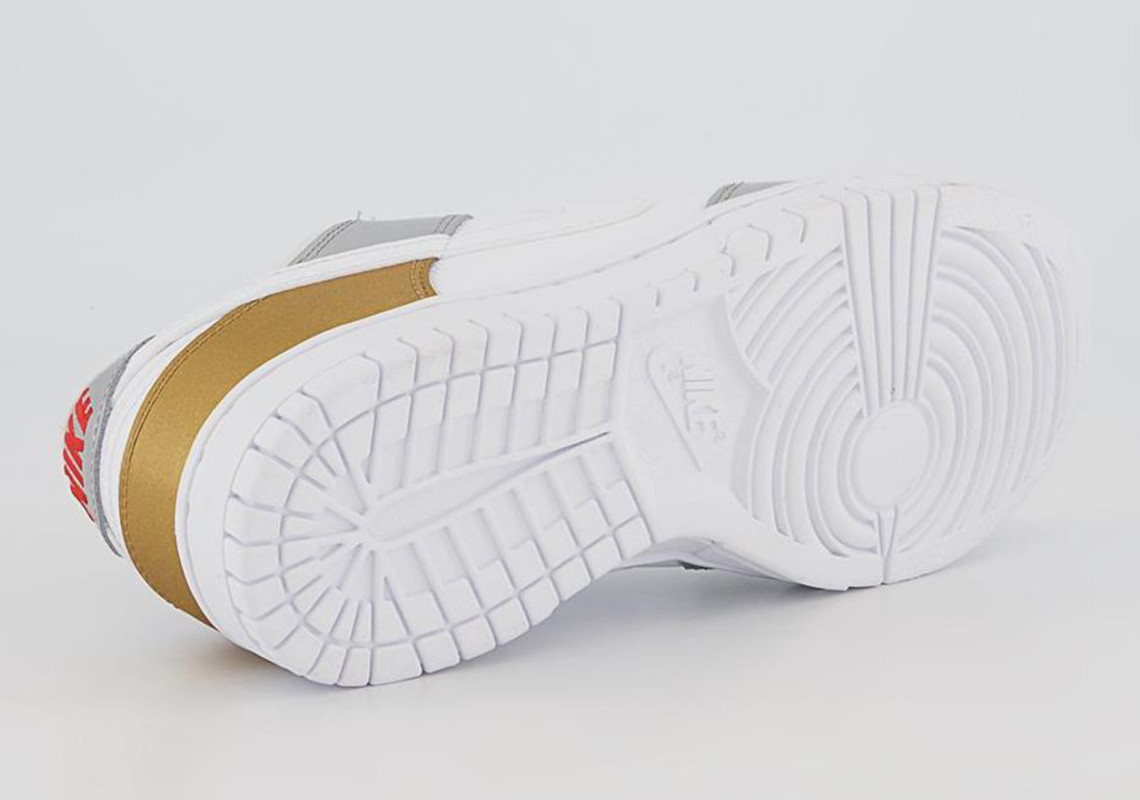 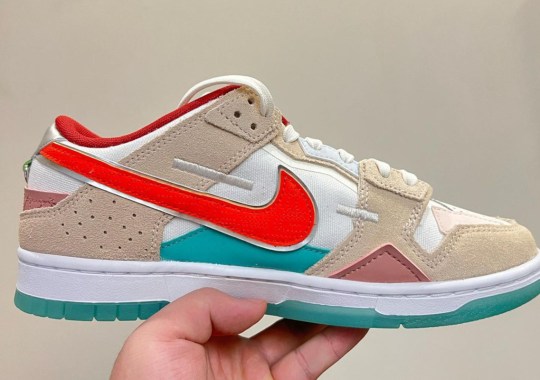 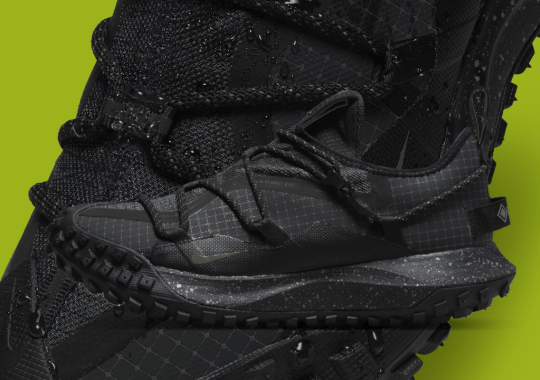