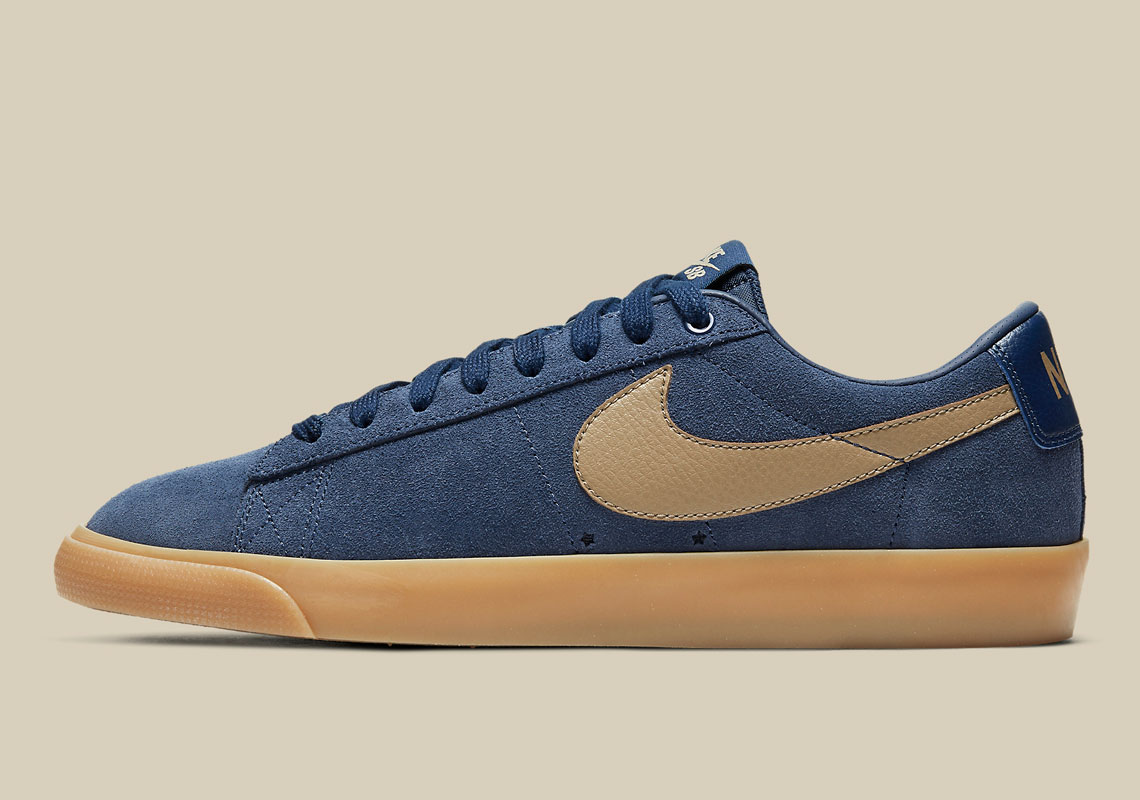 While the Dunk Low has been at the forefront of Nike SB‘s mainstream revival, adjacent options like the SB GTS Return and SB Bruin have been equally as impressive, but more widely available. Soon joining the latter is an understated, but notable SB Blazer Low GT.

Unlike recent pairs of the SB Blazer Edge, this low-cut, skateboarding-ready Blazer for Grant Taylor forgoes any fraying and haphazard layering for a premium, classy look. Uppers are primarily constructed with soft suede and clad in “Midnight Navy;” profile Swooshes and “NIKE” branding at the heel interrupt this arrangement not only with their leather assembly, but also their “Khaki” color scheme. Tongue labels and insoles also borrow the tan-like palette and are accompanied by “Gum Light Brown” outsoles, a feature perfect for Thrasher Magazine’s 2011 “Skater Of The Year” award-winner and his all-terrain attack.

Full stateside release details are still unknown, but this Blazer Low is now available on overseas Nike.com web stores for the equivalent of $75 USD.

Elsewhere under the NIKE, Inc. umbrella, the ever-popular Fear Of God Converse collaboration has another Chuck 70 in the works. 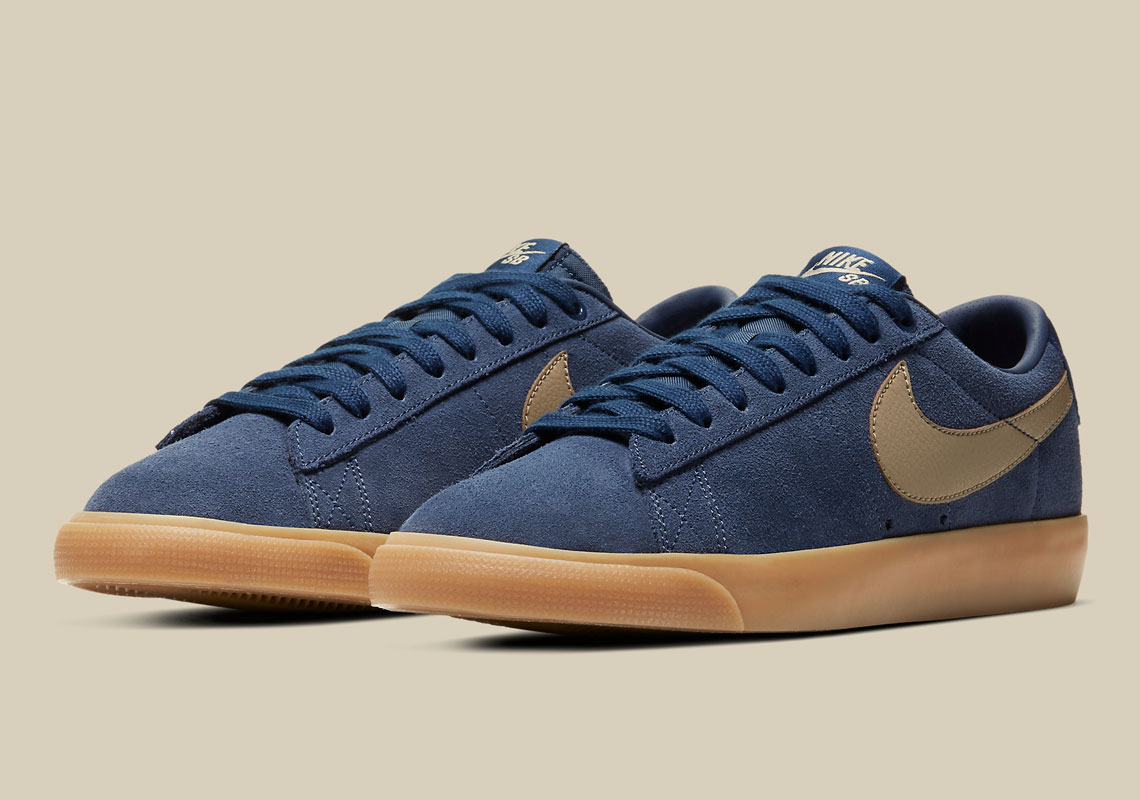 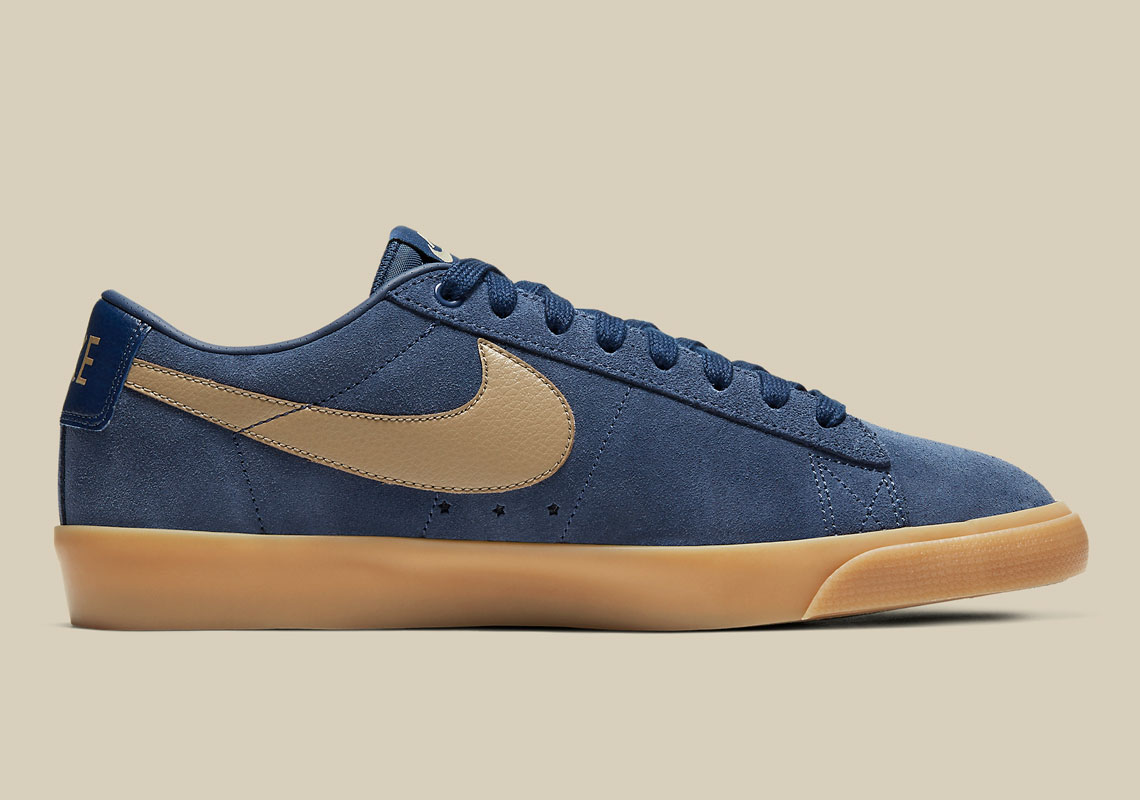 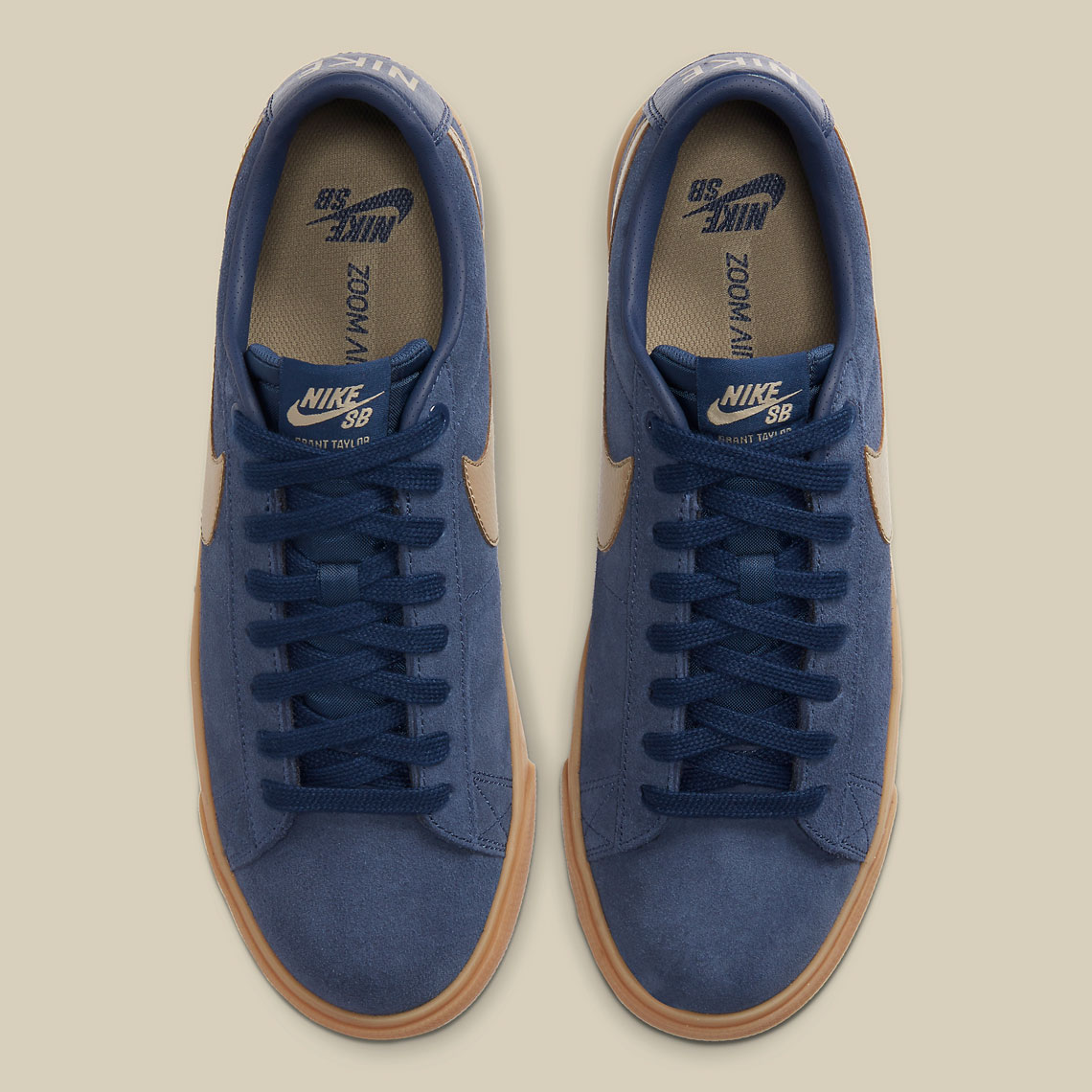 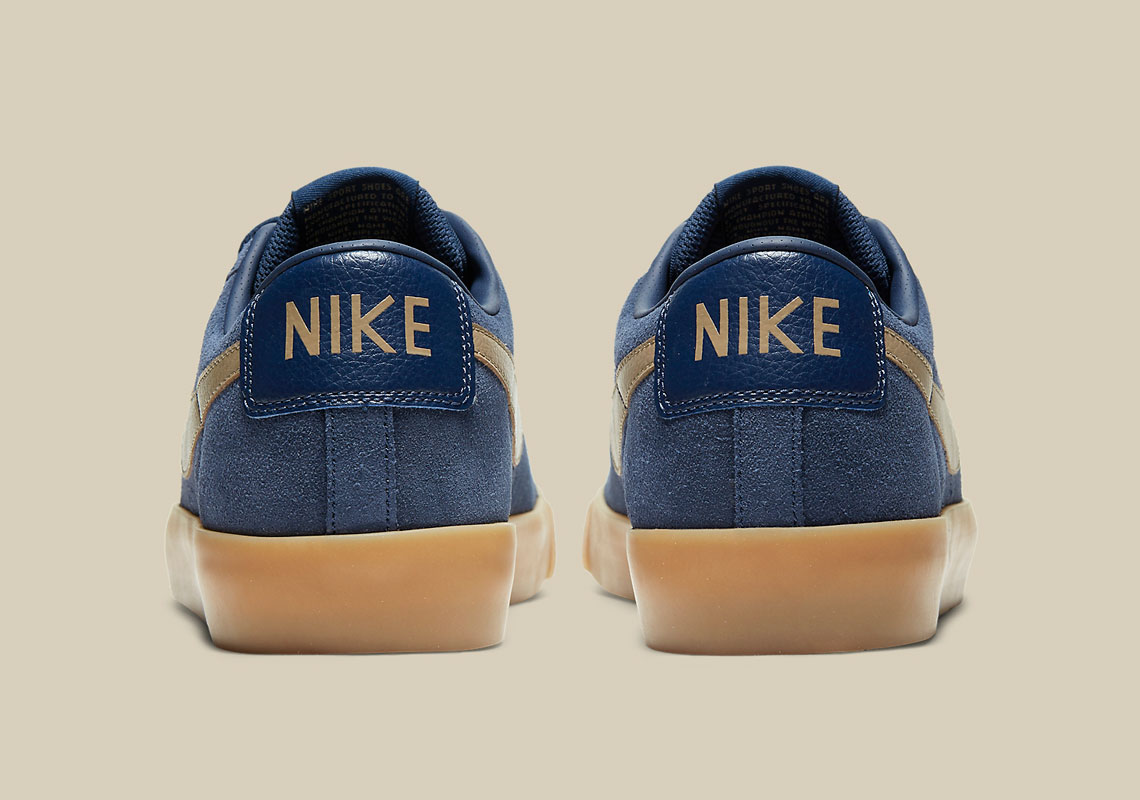 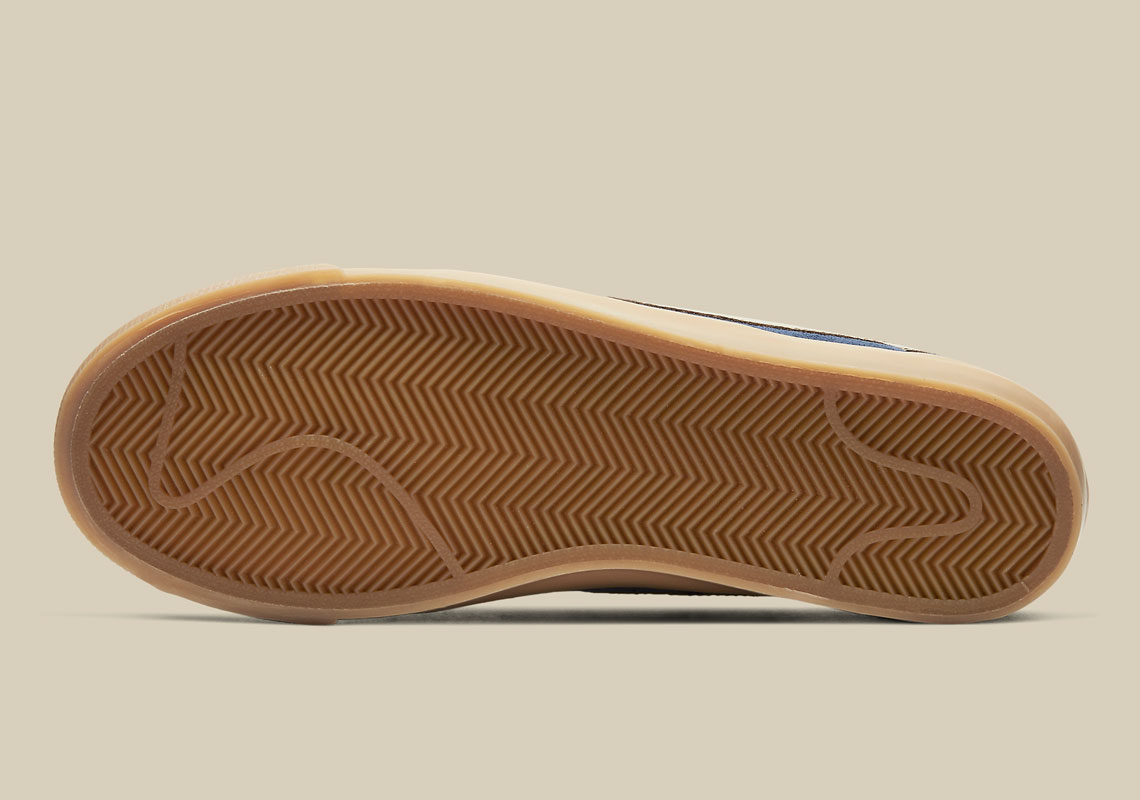