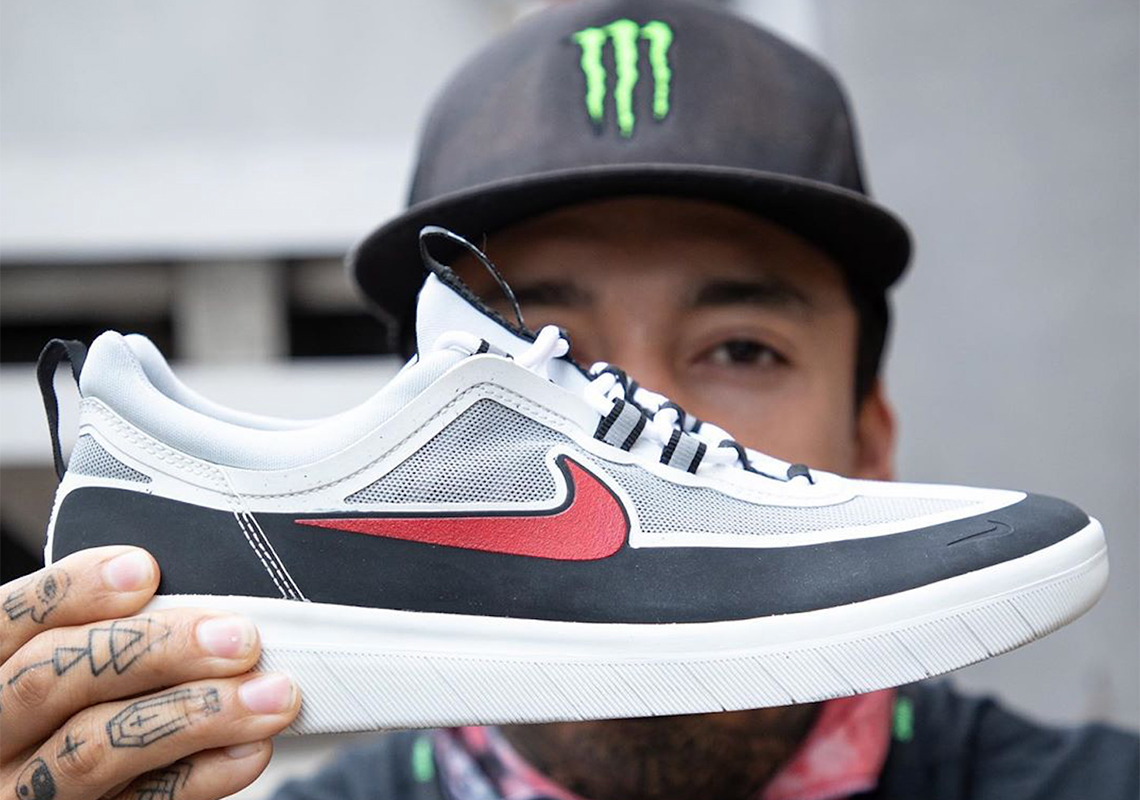 A world of Nyjah has grown considerably since he first signed with Nike in late 2015. Some have learned about him through his obsession with ink culture, or because of his ridiculous Laguna Beach bachelor pad. But in the world of skating, Nyjah is always who they thought he was – a former child prodigy that would eventually turn into the king of the park. Topping the global ranks in 2020, Huston was preparing to take home the gold for Team USA in the now-cancelled Olympic Games in Japan. Instead, he – like everyone else – is keeping busy, maintaining safe distance, and investing his time and energy toward social causes.


The timing of the Nyjah 2 was intended to precede the Tokyo Games, and there’s no doubt we would’ve seen it in action in competition and potentially on the medal stand. We’ll have to wait another year for that moment, but for now the Nyjah 2 is ready to be deployed as skating activity continues to pick up. We got a chance to chat with Nyjah about his shoes, so check out the quick interview below. If you’re interested in picking up a pair, the Nike SB Nyjah Free 2 is available now on Nike.com for $95.


Sneaker News: Before we get into the shoes, let’s rewind a bit and talk about the Dream Crazy Ad with Colin Kaepernick. It’s probably one of the most significant ads in Nike history, and it started with footage of you taking some hard falls and getting back up. What was it like being in that ad?
Nyjah Huston: Honestly, I was shocked. I had no idea I was going to be featured in that ad at all and that footage was filmed about two years before the ad even came out. It was definitely an honor to be included, but I honestly didn’t know I was going to be included in that way.

We can’t talk Nike SB without discussing Dunks. What’s your personal history with the shoe? What are your thoughts on its current state and how it’s the most coveted sneaker again?
To be honest, I’ve never skated Dunks. I definitely appreciate the shoe and what it means, but i’ve always preferred shoes with more board feel and that’s why my first shoe was built in the way it was. I think it’s awesome that people are all over them again.

A lot of the big Dunks right now are collaborations. Is there any brand or designer you’d love to collaborate with on a shoe?
Oh definitely for sure man. Virgil comes to mind – it would be sick to see what he could do to my shoe. But I definitely have some special projects coming soon with my new shoe.

Can you share a little info?
I don’t think I’m allowed to!

When you first launched your shoe with Nike, it came with a full rubber upper – and there was some hesitation around it. What do you feel about it now?
You’re right, to be honest I was skeptical because I was just used to skating in suede. But it just worked really well. It lasts longer than suede so you won’t rip through the rubber, and it felt broken in almost immediately so I’m excited that it was brought back.

So rubber uppers are back for the Nyjah 2. What’s different about it?
My one concern with my first shoe was that it got too hot, so we added a mesh so it was more breathable. Almost half of the upper is this light mesh.

Why the Spiridon inspiration?
The Spiridon just looked perfect with the way the new shoe was designed. The Nike team cooked that up just to spice things up a bit. My first shoe was much more simpler because we just wanted to lay a groundwork for it, but for the second one they got more creative with it. There’s definitely more like this coming.

So what are some of the shoes you wear when you’re not skating?
I’m all about comfort. Right now I’m nursing an injury so it’s even more important. Anything with React or Joyride is my go-to, but honestly I’ve been Slidin’ a lot because it’s Summer.

A lot of SB fans don’t skate. Is the Nyjah 2 for that demographic?
The shoe was made for skate, but first and foremost it’s a comfortable shoe and if you want to rock them casually or for comfort, that works too. It’s for anyone who wants to vibe with it.