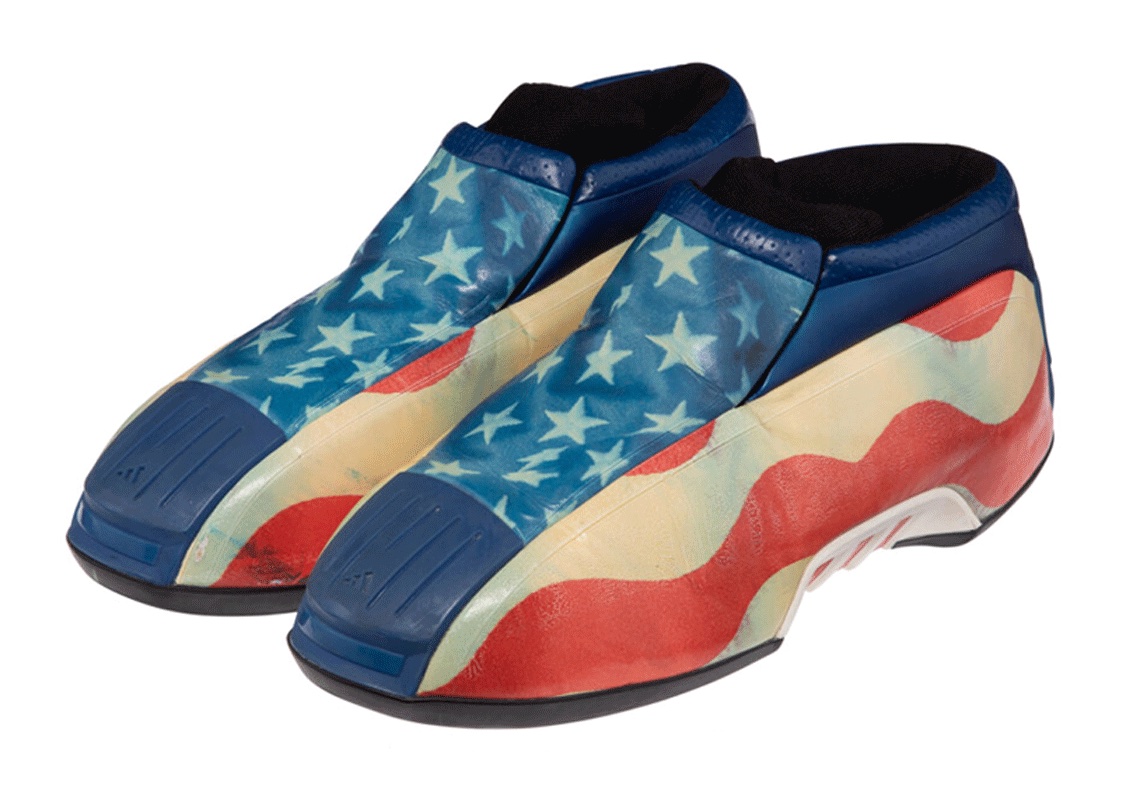 LeBron James’ Game-Worn adidas Kobes, Gifted By Bryant Himself, Is Up For Auction

It’s been one year since Kobe Bryant and eight others passed in a tragic helicopter ride. And while still difficult to process, Bryant’s death has opened the floodgates to countless stories from former teammates, friends, business partners, fans and competitors about the Los Angeles Lakers-legend’s character. One of those accounts has been captured by a one-of-a-kind adidas Kobe sneaker Bryant gifted to LeBron James back in 2002, when the kid from Akron was still in high school. The shoe is currently being auctioned off by Heritage Auctions, the largest collectibles auctioneer.

As James has told it, Bryant gifted him the patriotic-themed sneakers a five months after the September 11th, 2001 terrorist attack in New York City. The two NBA all-stars met briefly before James and his St. Vincent-St. Mary squad took on Oak Hill Academy in Teaneck, NJ. Despite being a size small, the current Lakers player wore the “USA” flag-featuring sneakers against a ‘fro-donning Carmelo Anthony in a tough loss. Nevertheless, the then-17-year-old made a statement on the court, both with his performance and unique Kobe Bryant-gifted shoes. Although both individuals went on to create memories as they played together on Team USA squads and competed with one another over the course of two decades, the shoes presently up-for-sale represent where it all started for the legends.

Enjoy images of the one-of-one Kobe sneakers here below, and enter your bid before February 24th. 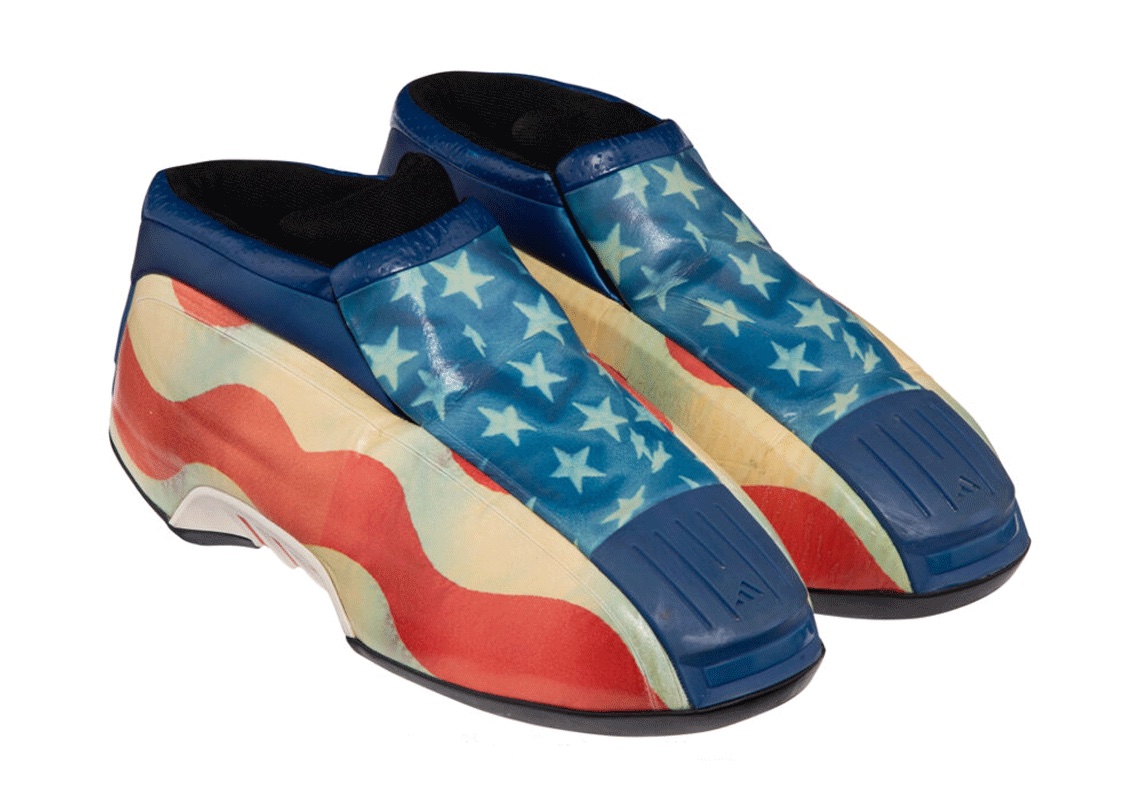 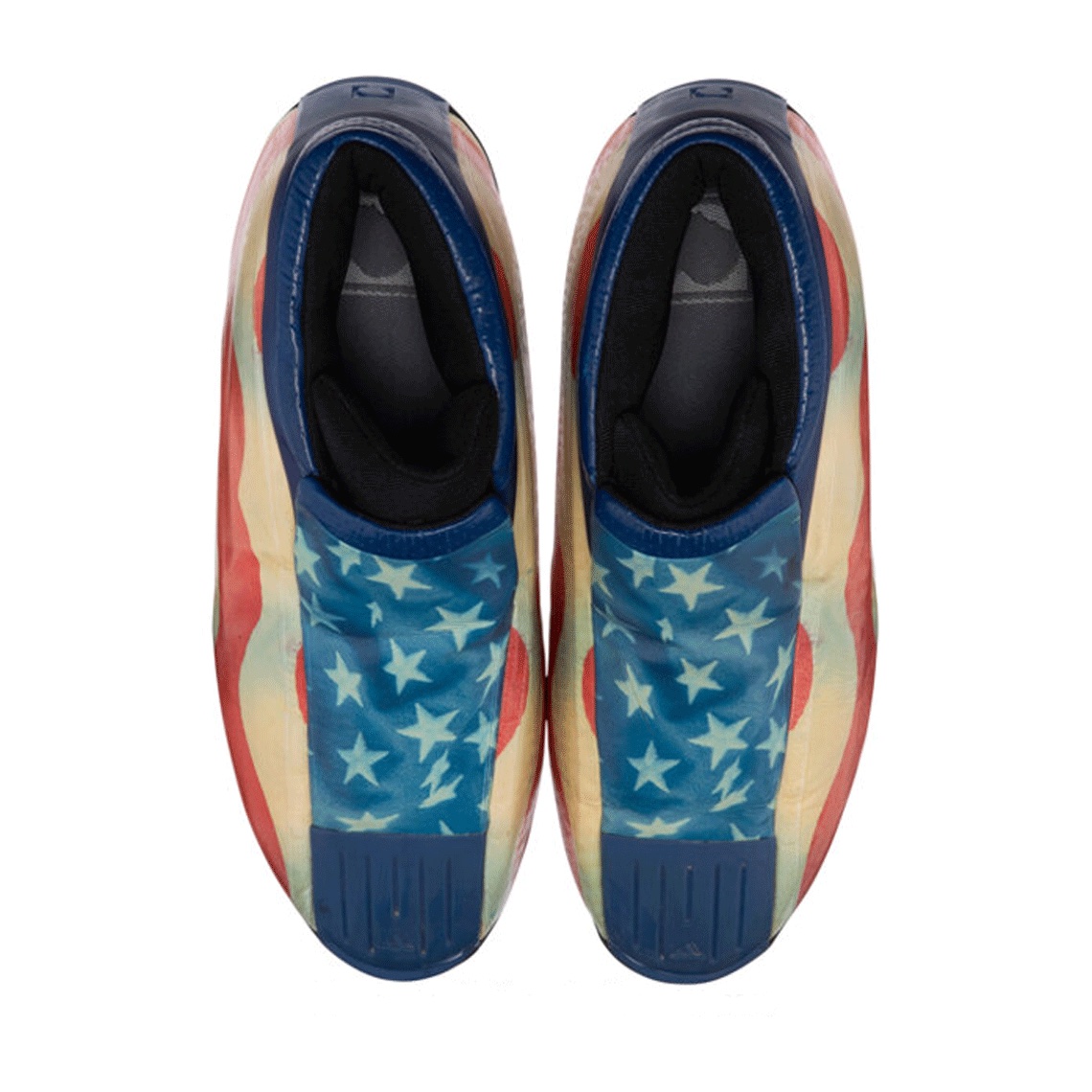 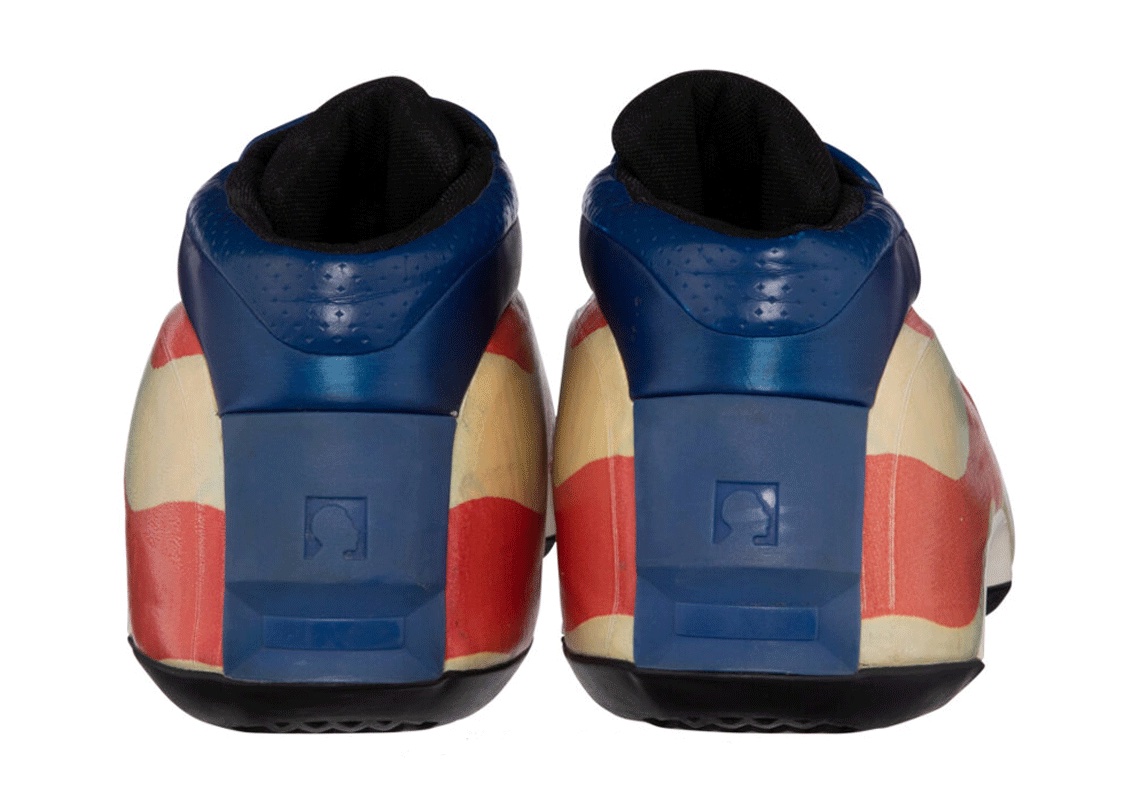 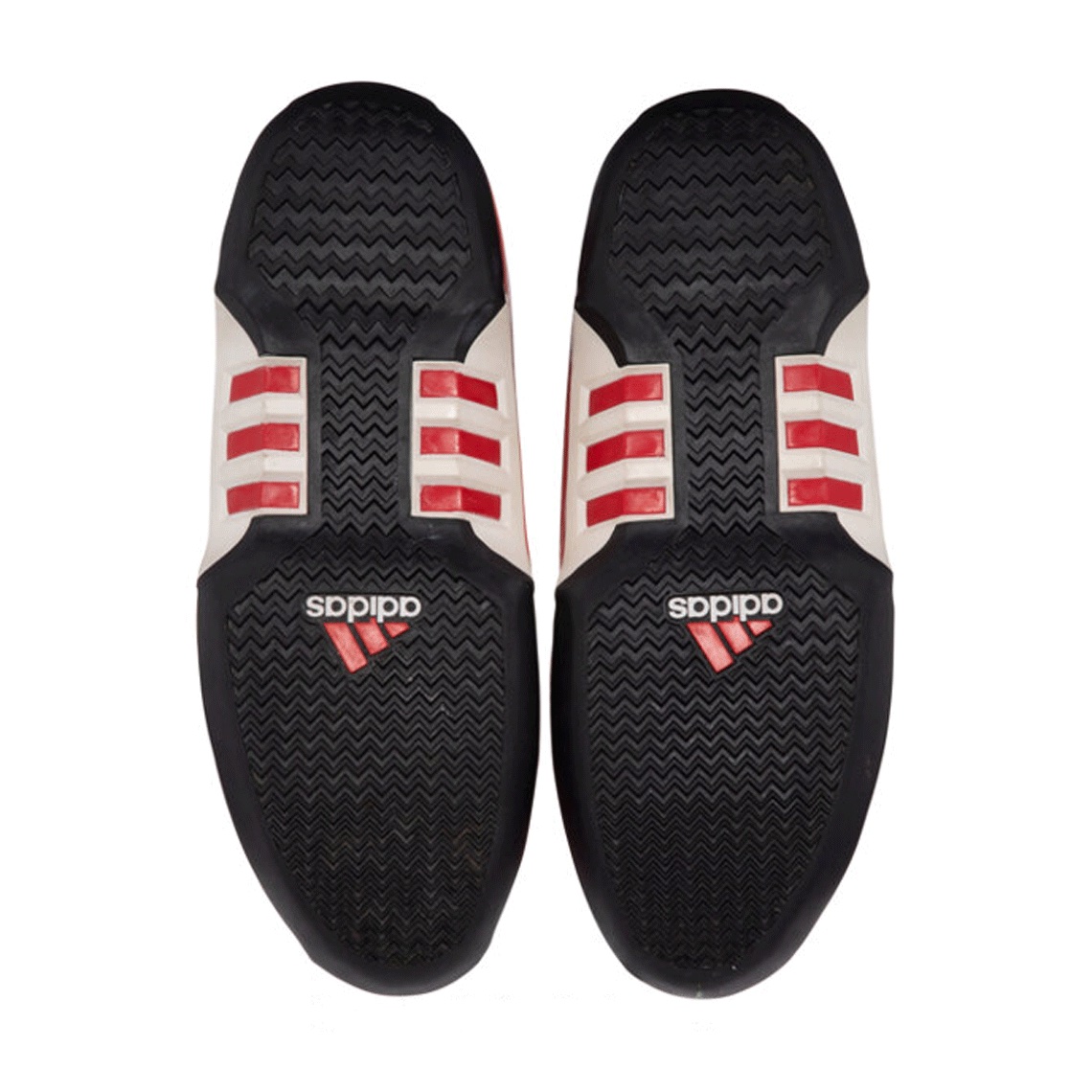