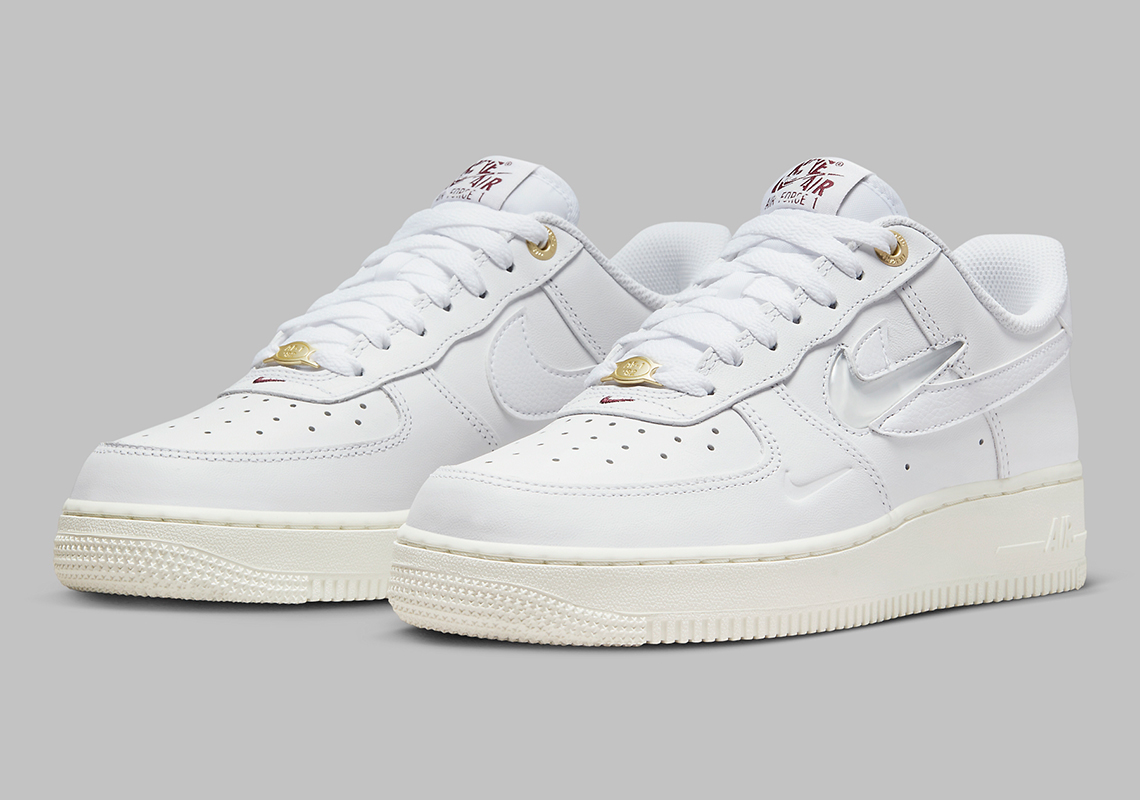 Over the last few decades, the Nike Air Force 1 Low has undergone several changes from its debut in 1983.

As part of the 40th anniversary of Bruce Kilgore’s original high-top design, the low-top counterpart has emerged in handfuls of compelling ensembles, with the latest donning archival logos across the sock-liner, top of the tongue, profiles and spines. Varying shades of “White” dominate the made-for-basketball design, with a slight-yellow tinge arriving via the oft-imitated sole units for an “aged” aesthetic. Jewel swooshes are superimposed onto standard logos at the sides, while a medley of different branding accents appear on the other aforementioned components and areas. Lace dubraes opt for a “Metallic Gold” finish, deviating from the silver flair seen throughout the early aughts; the eyelets closet to the top of the tongue follow suit. A deep red hue animates some of the Air Force 1‘s logos, as well as the sock-liners’ text and traction zones underfoot for a look that’s not entirely plain and still fresh.

No firm Nike.com release date has been disclosed by the brand, but that’s likely to change soon. In the meantime, enjoy official images of the pair ahead.

For more from under the NIKE, Inc. umbrella, check out the Air Jordan 1‘s latest styles. 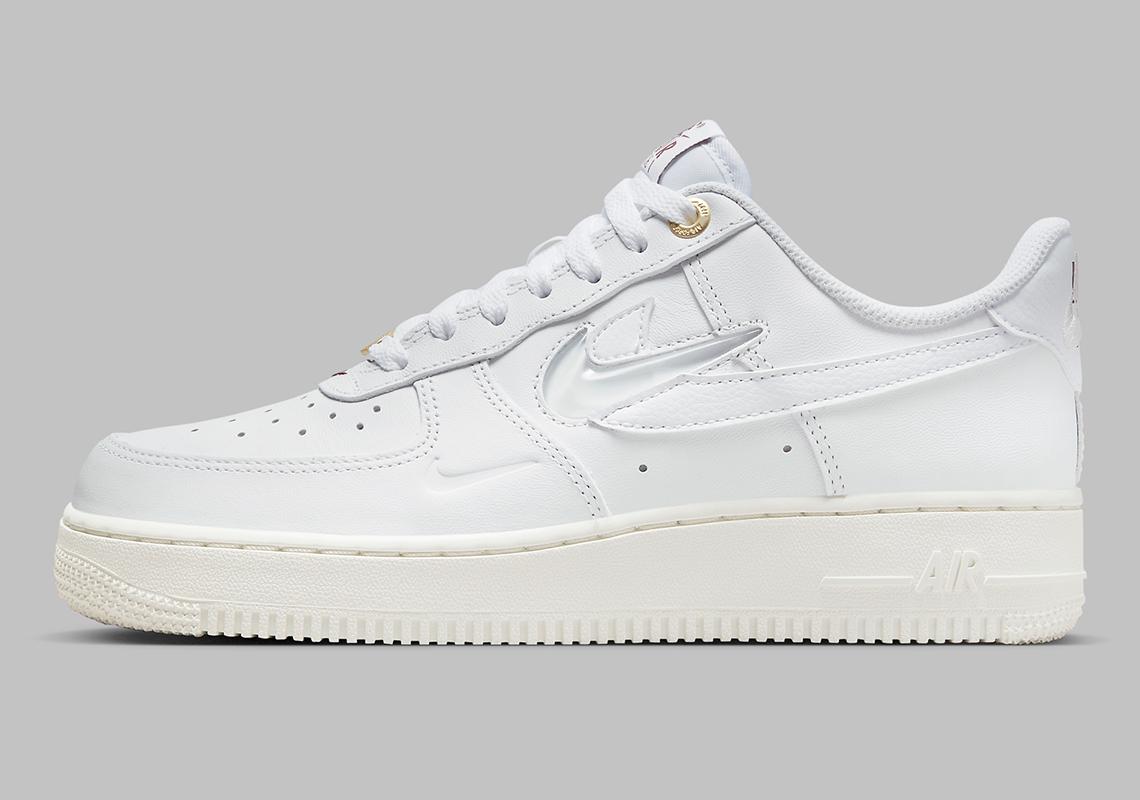 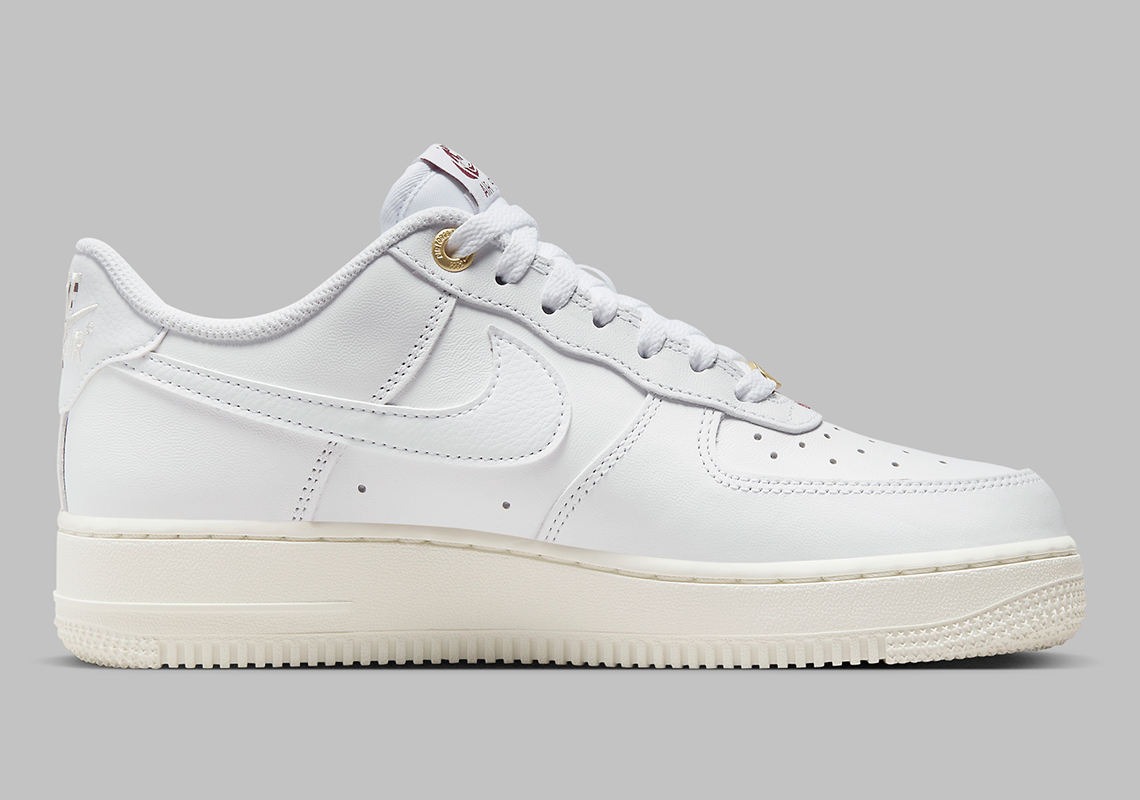 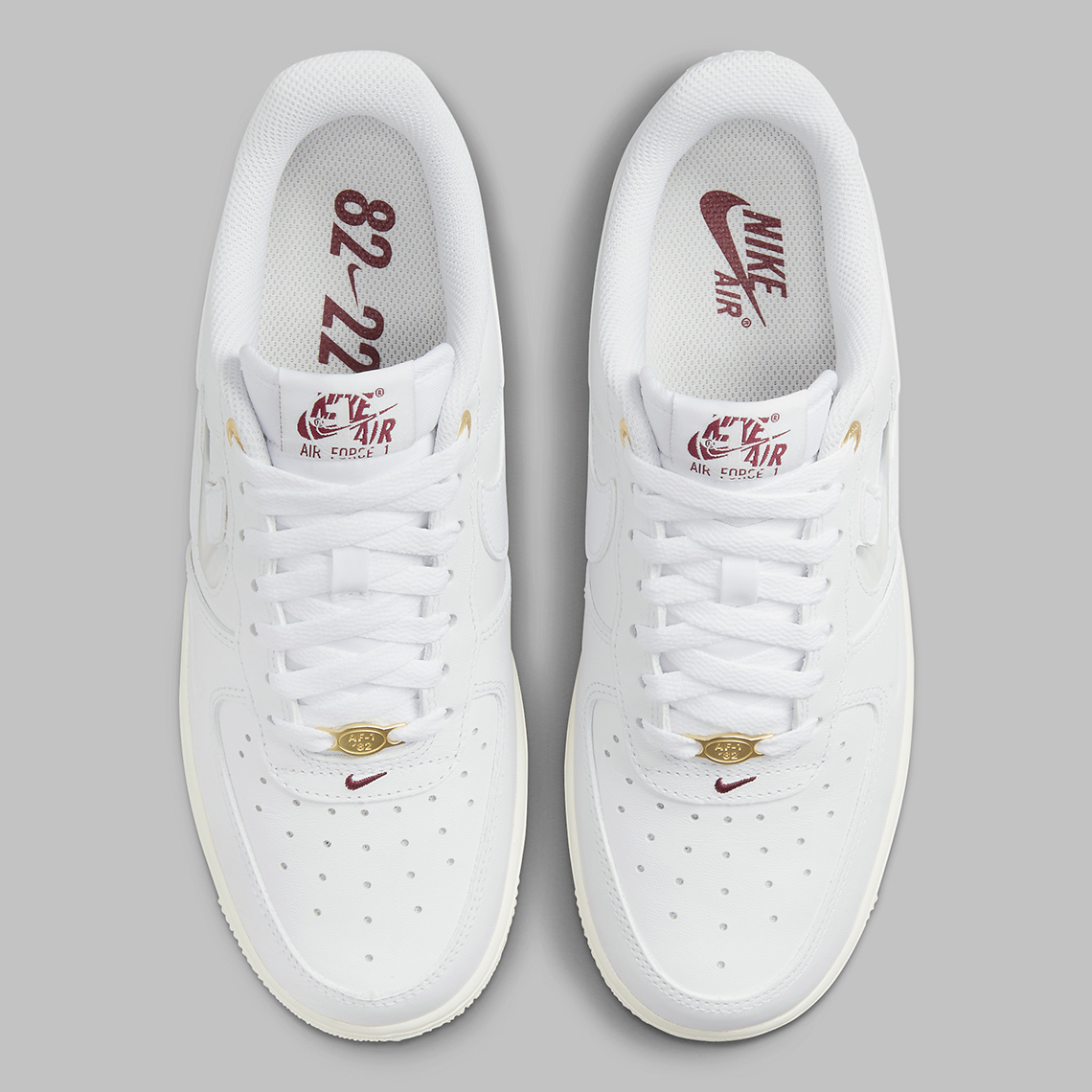 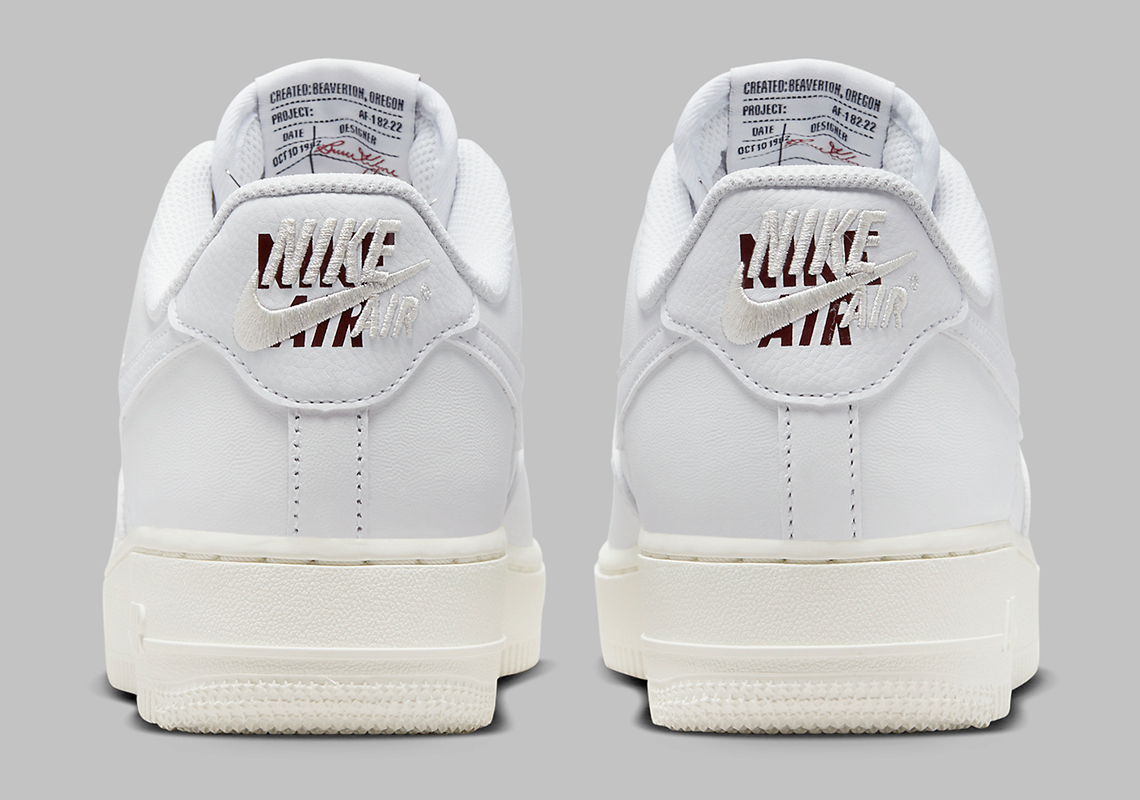 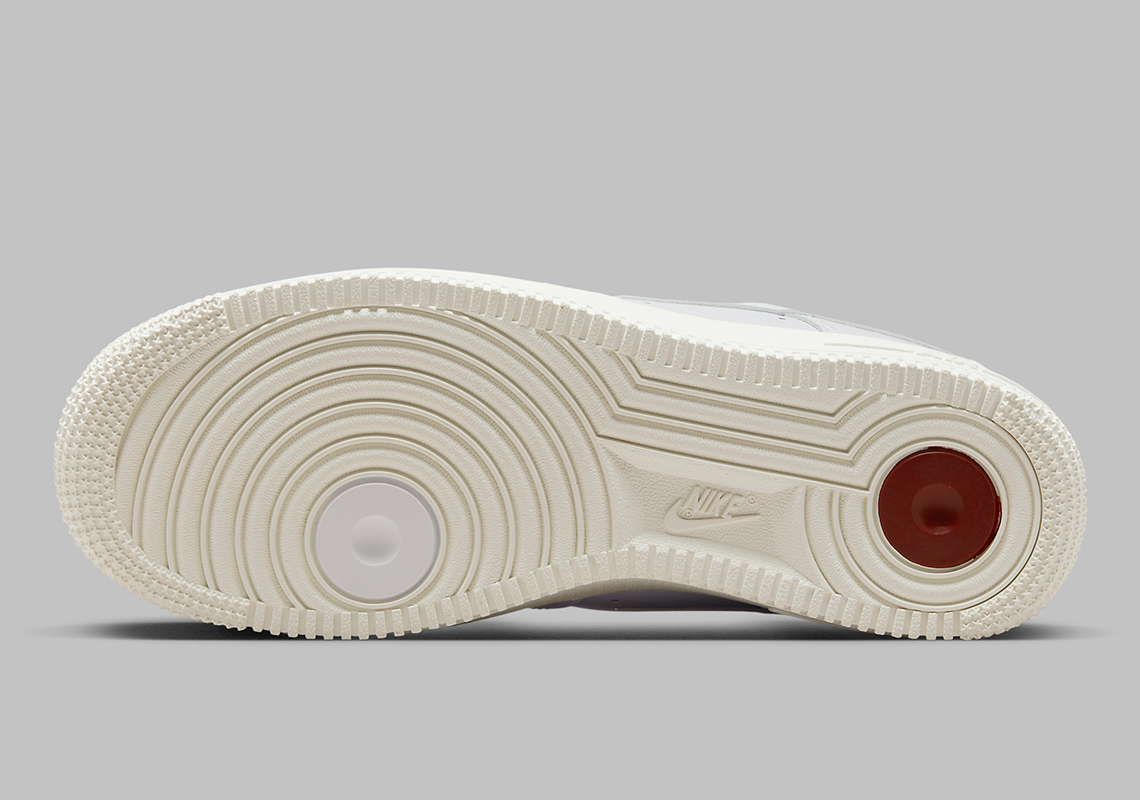 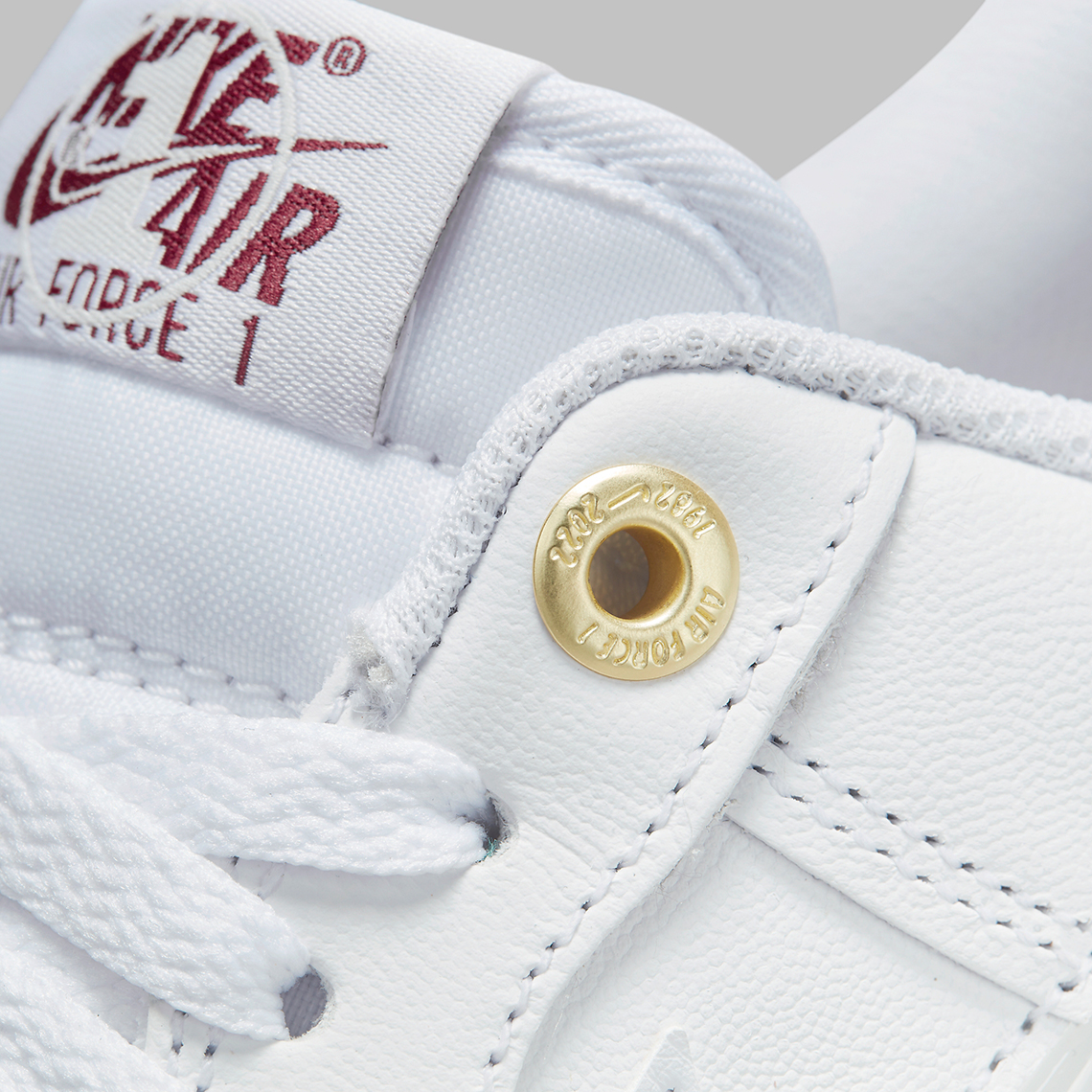 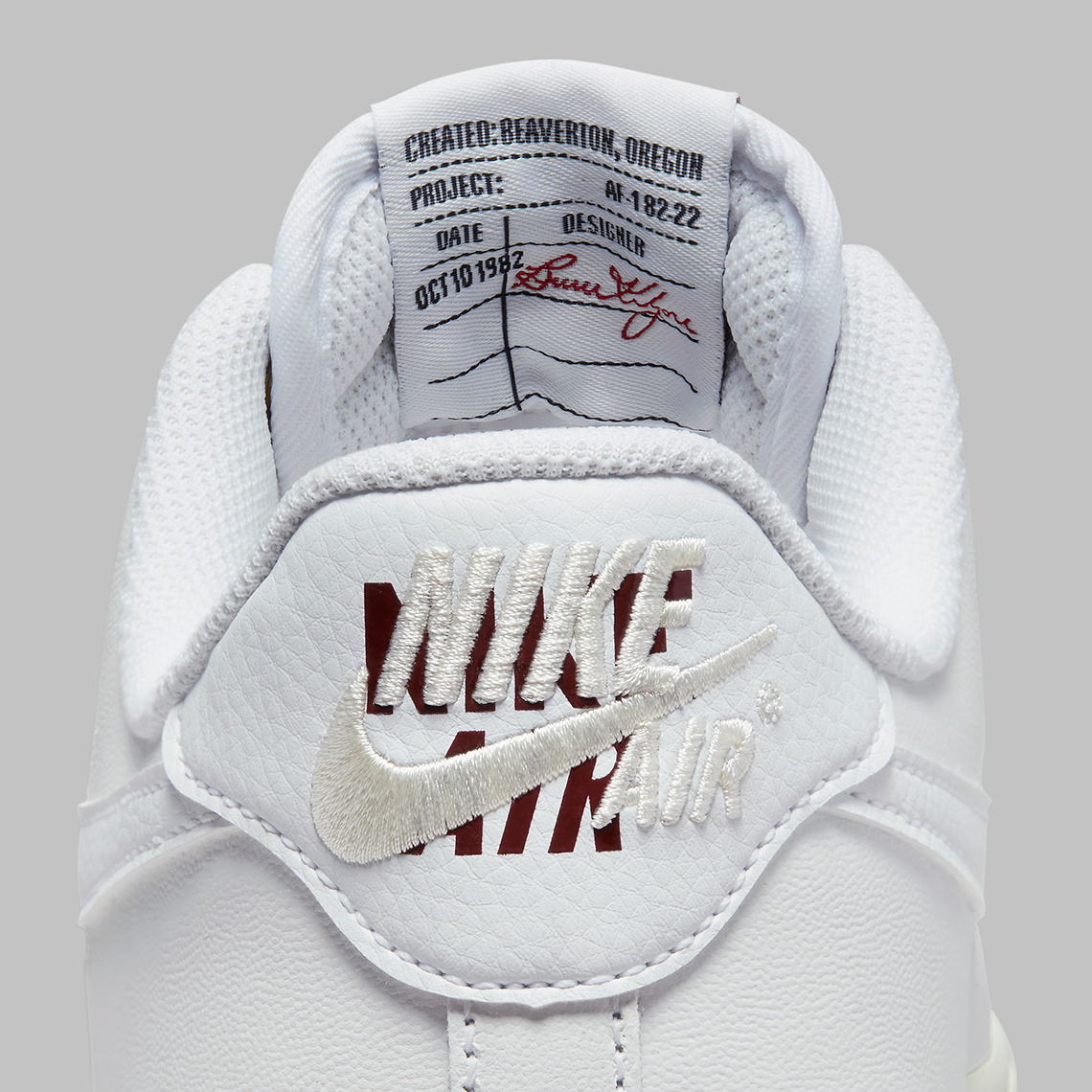 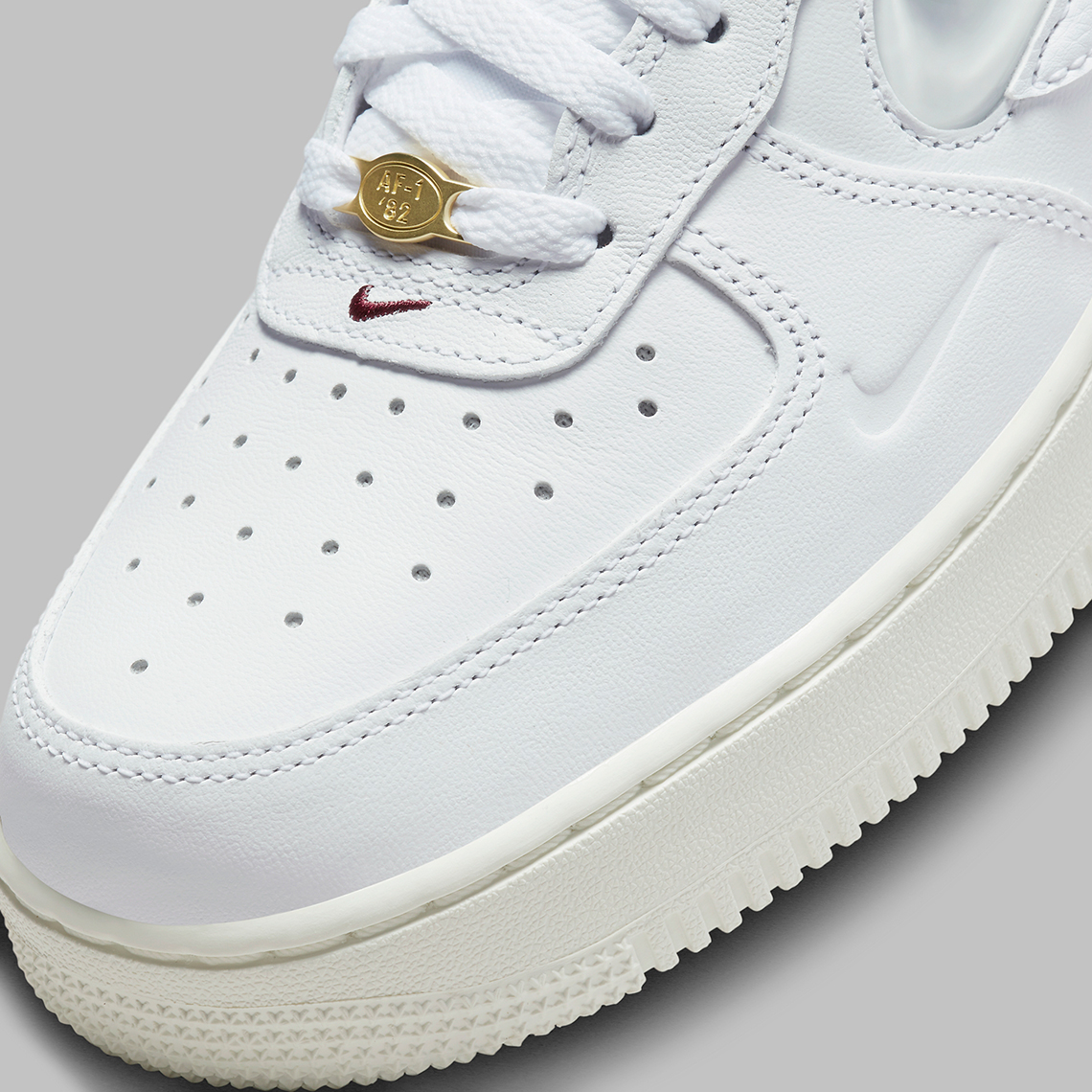 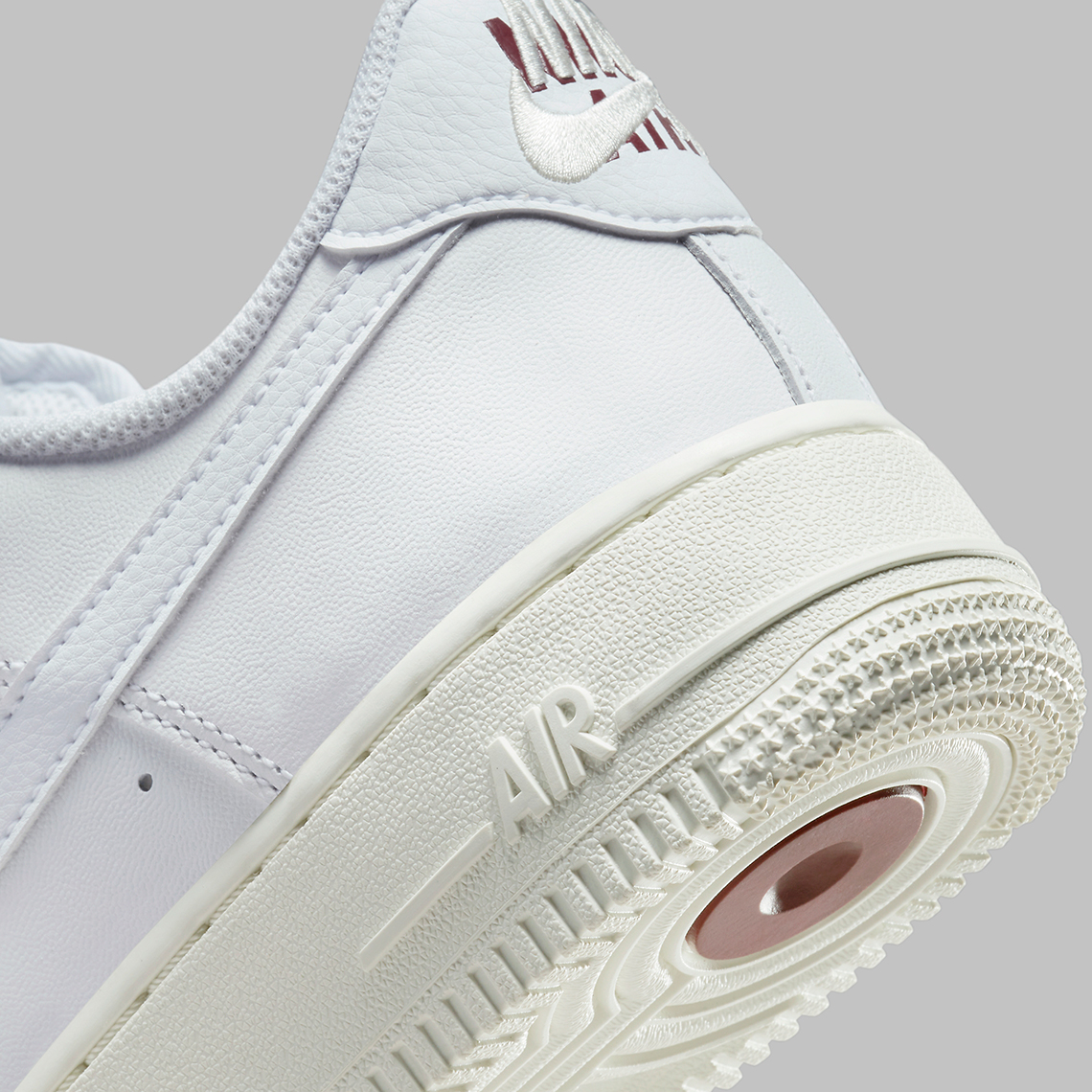