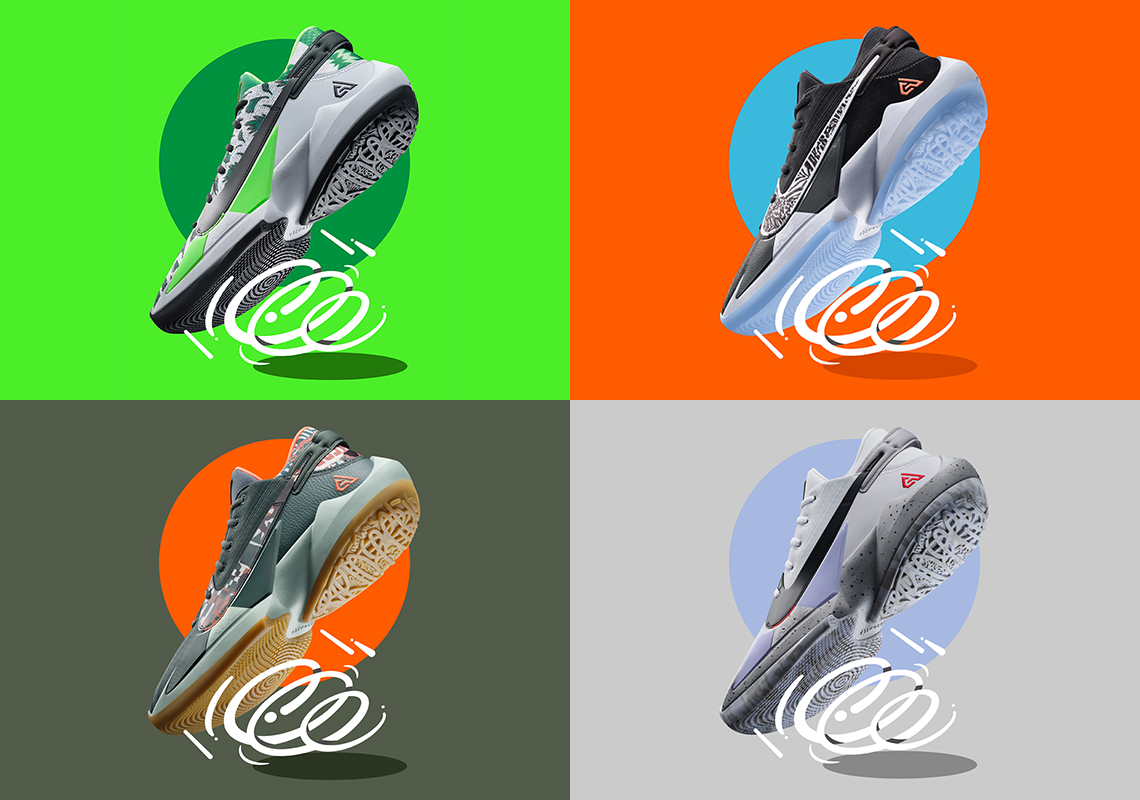 Giannis Antetokounmpo’s first signature shoe arrived after a massive MVP campaign, jarring the NBA world with the potential arrival of a new monarch that would rule the land. Throughout the 2019-2020 season, that appeared to be true; Giannis somehow improved on his MVP season, but in less minutes. That leap forward translated to more wins and a potential NBA Finals berth before COVID-19 threw an irreversible wrench into the situation. The Zoom Freak 1, throughout its run, was met with arms open as it introduced a contrasting design thanks to a giant reverse Swoosh that sat flush against the ground. A capsule inspired by Coming To America, told throughout the season, was interspersed among a strong line of colorways inspired by Athens, his family, and even the gorgeous City Edition uniforms in cream ale and green. With a year gone by, Nike is embarking on the second chapter by helping the reigning MVP enhance the deadliest weapon in his arsenal.


Led by Nike Basketball Senior Design Director Ross Klein, the Zoom Freak 2 design team sought to help the Greek Freak maximize the effectiveness of his Euro-step, an unstoppable on-court move that culminates in the same result time and time again – an easy bucket. The Freak 2 outsole is built specifically for that move while still maintaining compatibility for all positions of all sizes.


The debut of the Zoom Freak 2 is sooner than you think; a launch “Naija” colorway, inspired by his roots in Nigeria, is confirmed for July 25th. A black/white, “Bamo”, and white/cement are also confirmed in the following months. Retail price is set at $130.

The key to unlocking the potential of the Euro-step is understanding the physics of the move. Analysis of Giannis’ feet revealed that he drives off the forefoot and lands on his heels in unorthodox ways. With that knowledge, the decision was made to decouple the outsole – or separate into two pieces – while a supportive shank in the midsole keeps him grounded. A reinforced outrigger by the pinky toe further protects Antetokounmpo’s feet when he lands. The outrigger also fortifies the high-wear area for lasting durability.


With the forefoot being the key propulsion to this Eurostep, Nike focused on adding cushioning via a thick Zoom bag with no foam above or below. This allows for zero inhibition between foot and Zoom and Zoom and floor. A soft foam acts as the primary support on the heel. The upper is also slightly higher for more containment without compromising flexibility.

The Nike Zoom Freak 2 officially launches on July 25th in the “Naija” colorway on Nike SNKRS and the retailers worldwide. The Black/White will follow on August 7th, “Bamo” on September 18th, and White/Cement on October 1st.