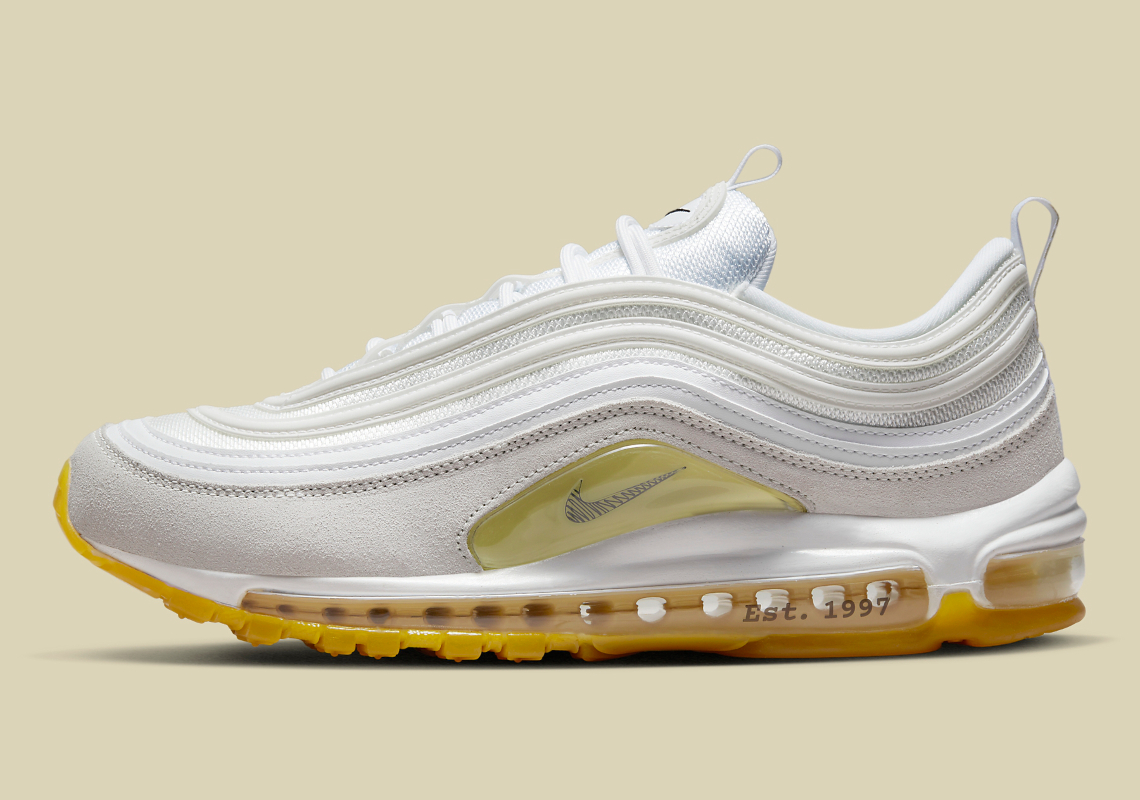 Over the course of its 58 year history, NIKE, Inc. has innovated across a wide array of sports. And while the list of industry-leading designs is expansive, none have become as synonymous with the brand as Nike Air has.

As the Nike Air Max series and Air Force 1 celebrate milestone 35th and 40th anniversaries, respectively, the Oregon-based conglomerate has taken to some of its most important Air-cushioned silhouettes to celebrate the man who made these (and countless other propositions) possible: Marion “Frank” Rudy. With a background in aerospace engineering, Rudy was fascinated with the “packaging” of air to deliver comfort and responsiveness in a way that hadn’t been seen in footwear up to that point. Polyurethane plastic “bubbles” softened impact and proved to be useful on the original Tailwind running sneaker of 1978. Over the stretch of almost a decade, Rudy’s vision found its way across a number of products and categories, enabling one of Nike’s boldest efforts of the 1990s: the Air Max 97.

Despite having been producing shoes with exposed Air units since 1987, Nike and its team of designers had been expanding on the boundaries with Ruby’s original design year after year. The big breakthrough finally happened in 1997 under the guidance of Christian Tresser, as his 25-year-old creation introduced the first full-length Air Max solution (the bag was no longer isolated at the heel or fragmented across the length of the shoe). To honor not only 35 years of the revolutionary technology, 25 years of Tresser’s design and a lifetime of impact from Rudy’s mind, the Swoosh has recently produced a special edition of the Air Max 97. Covered in shades of “White,” the sneaker’s most notable details are the “aged” components toward the sole unit (Airbag included), “Since 1997” text at the lateral midsole, “M. FRANK RUDY”-branded aglets and the California license plate-reminiscent hangtag adorning the shoe.

No firm Nike.com release details have been confirmed by the brand, but that’s likely to change soon. In the meantime, enjoy official images of the pair ahead. 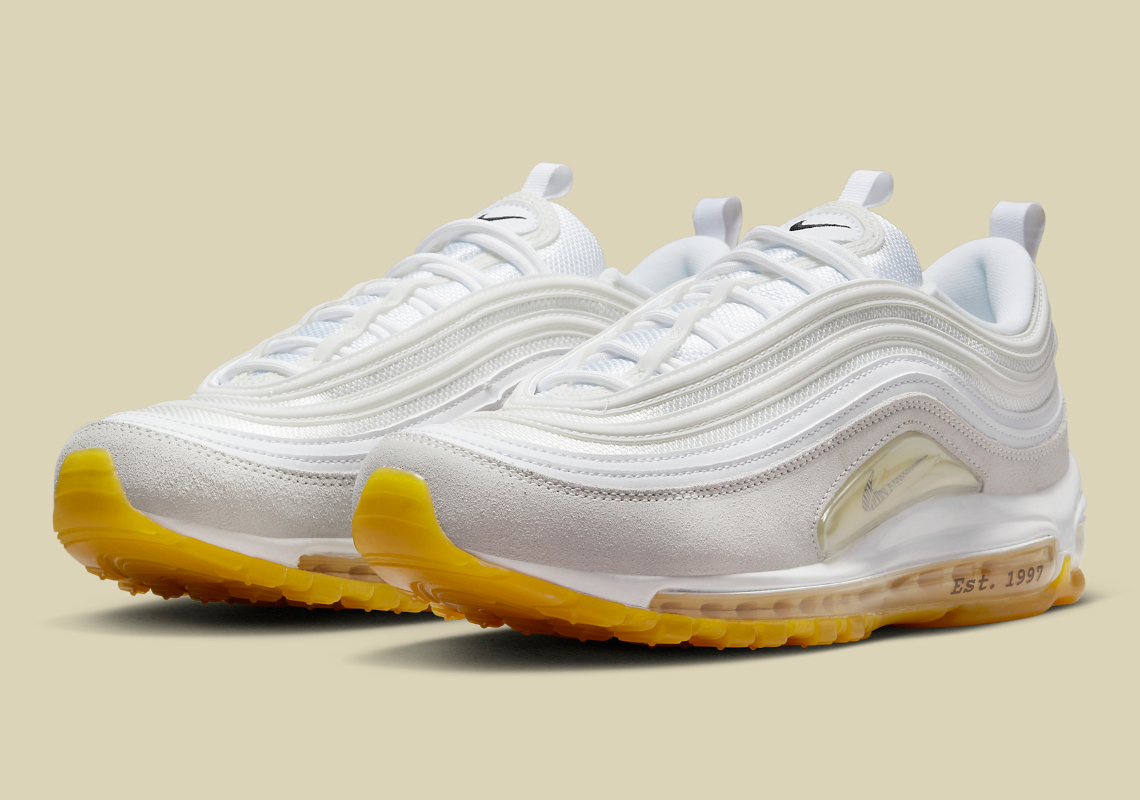 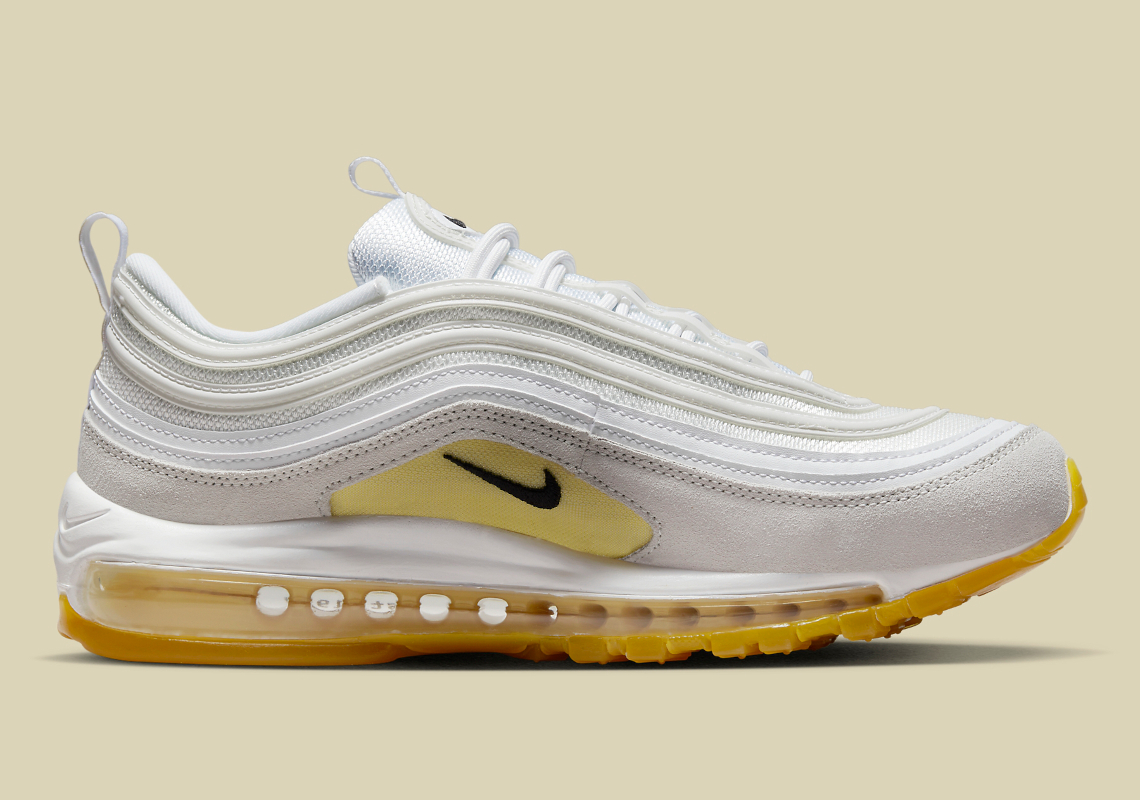 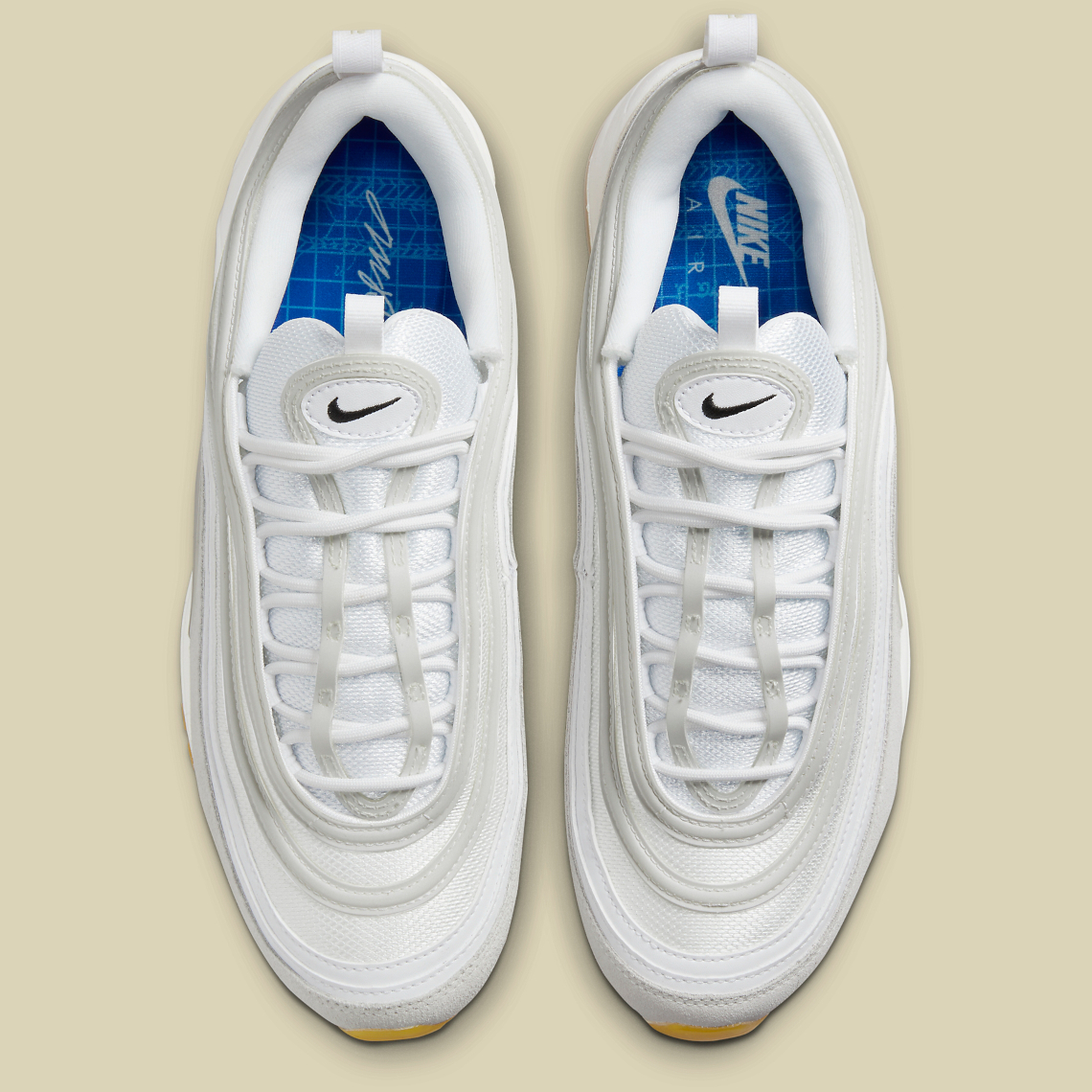 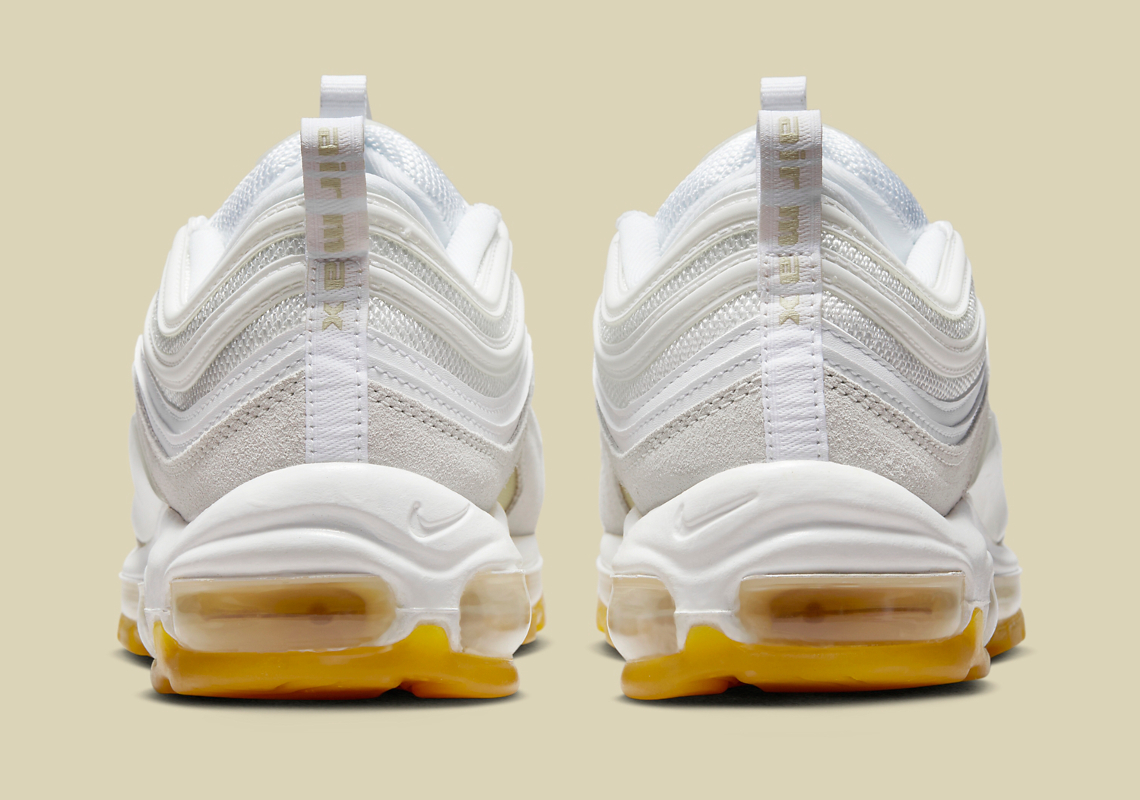 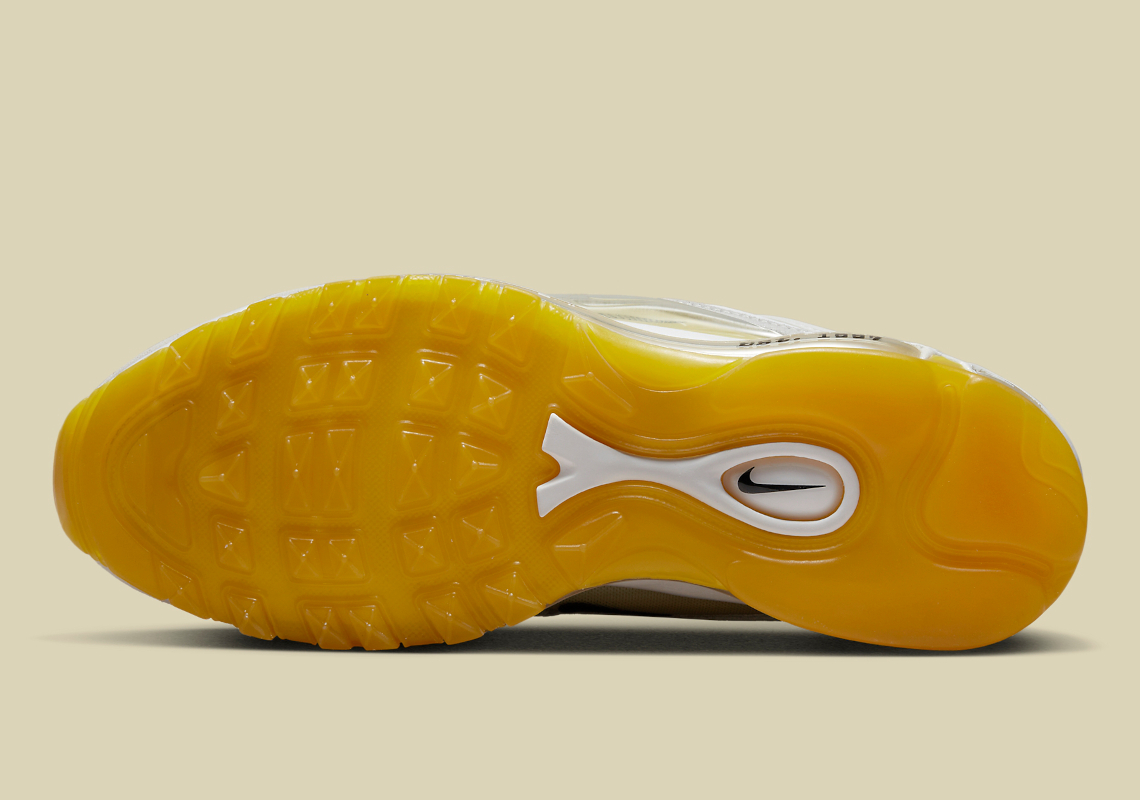 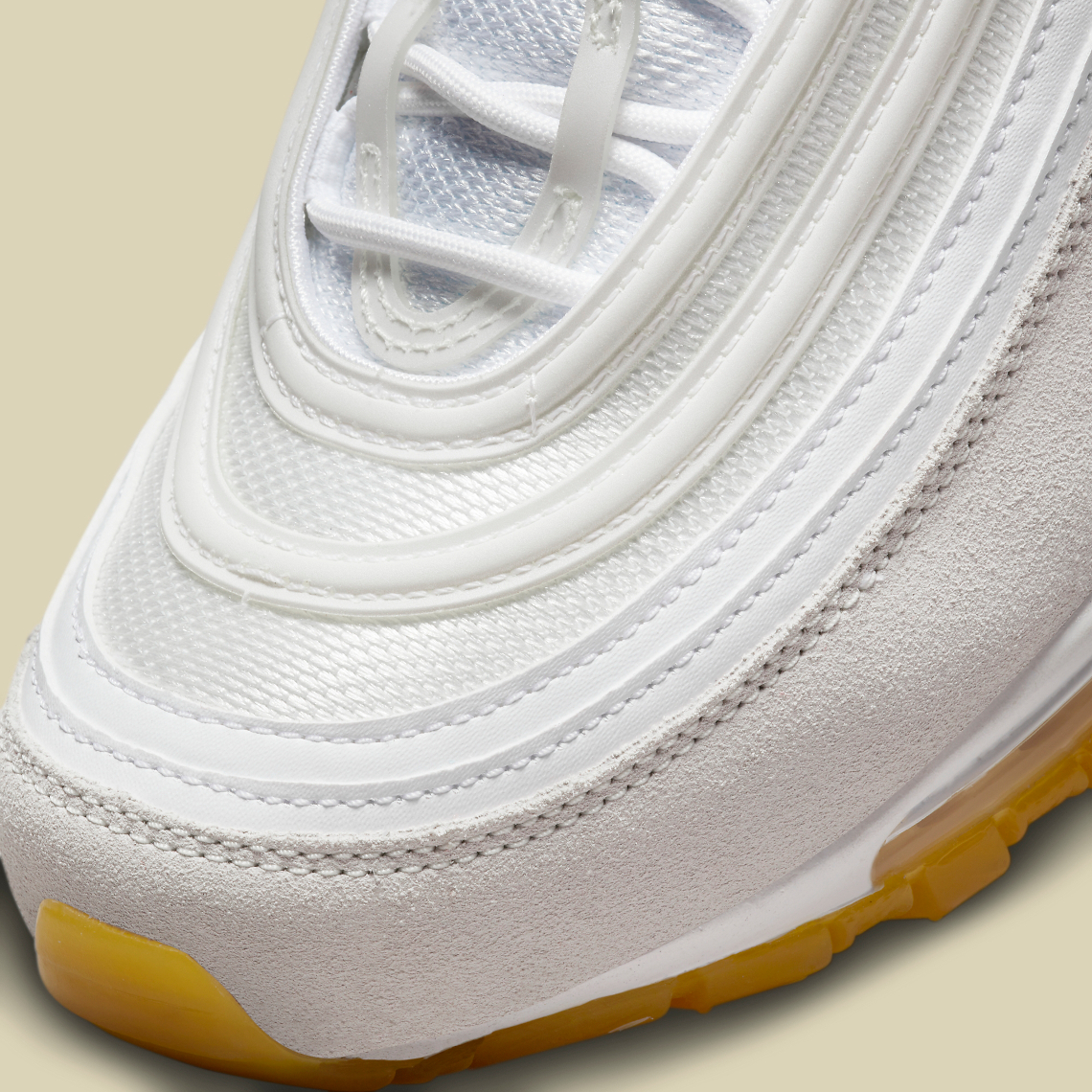 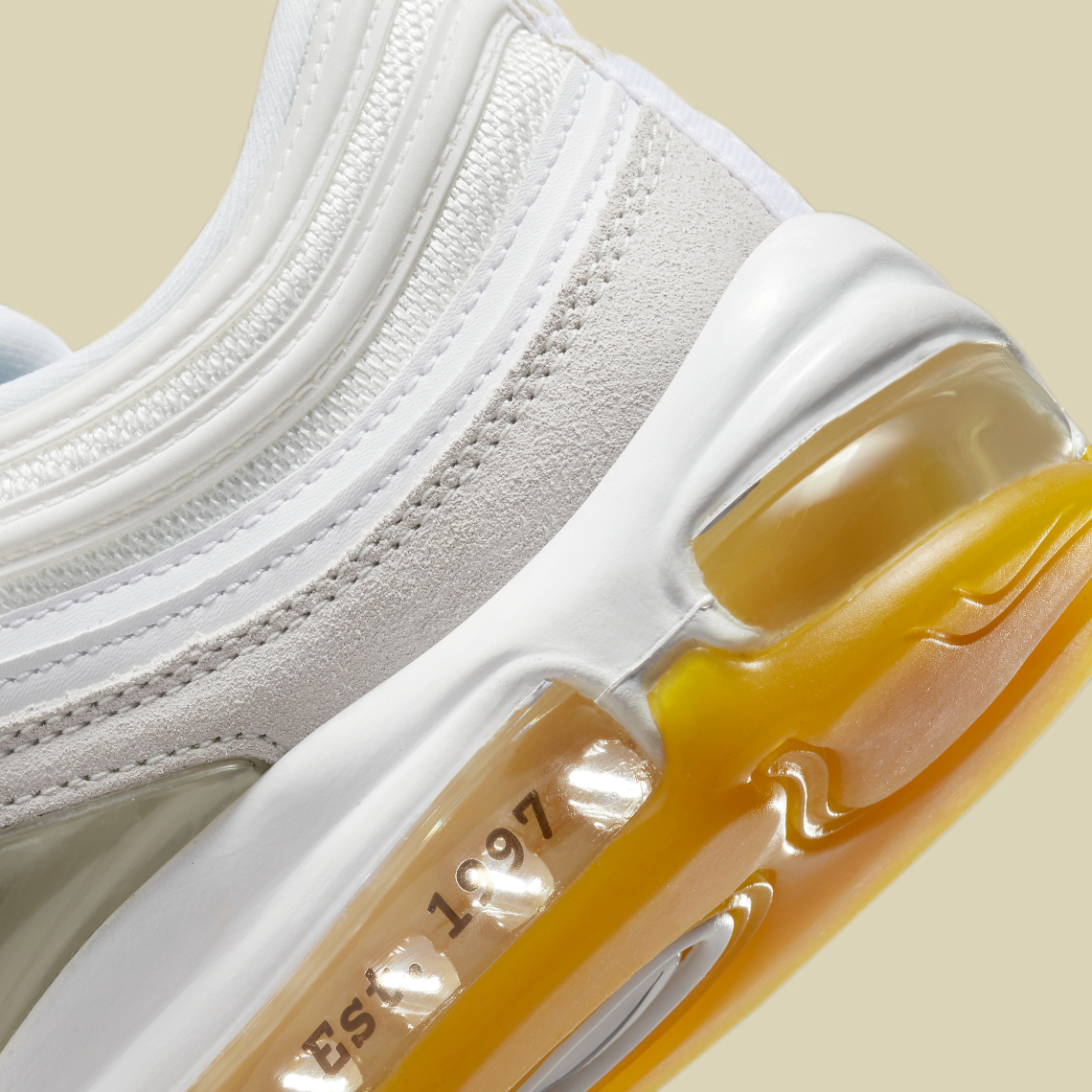 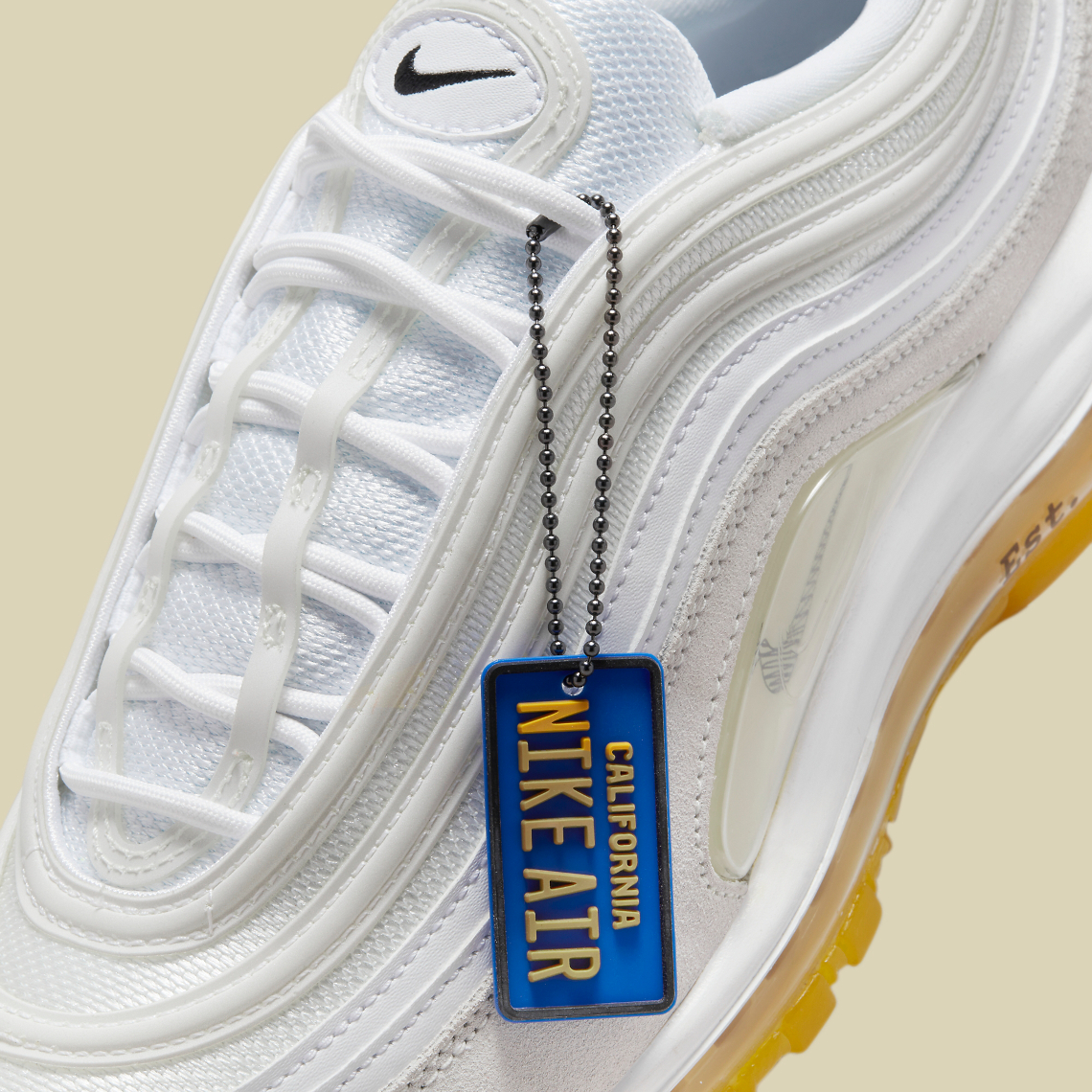 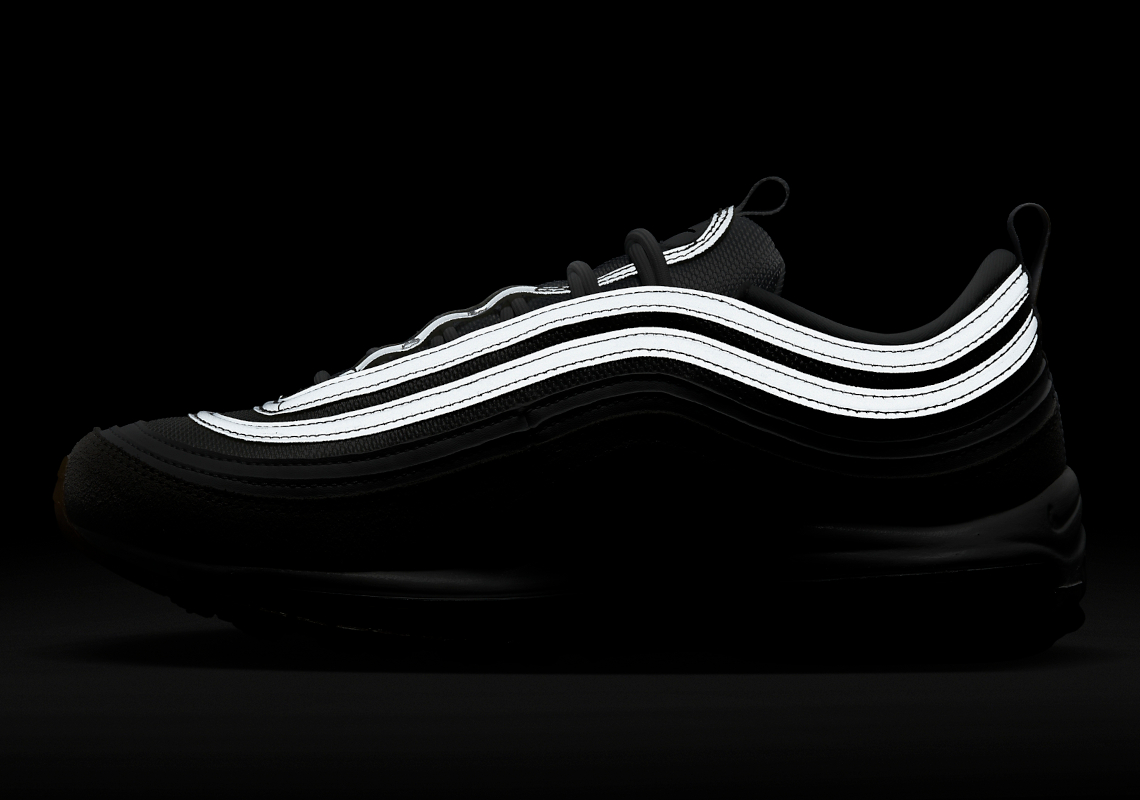 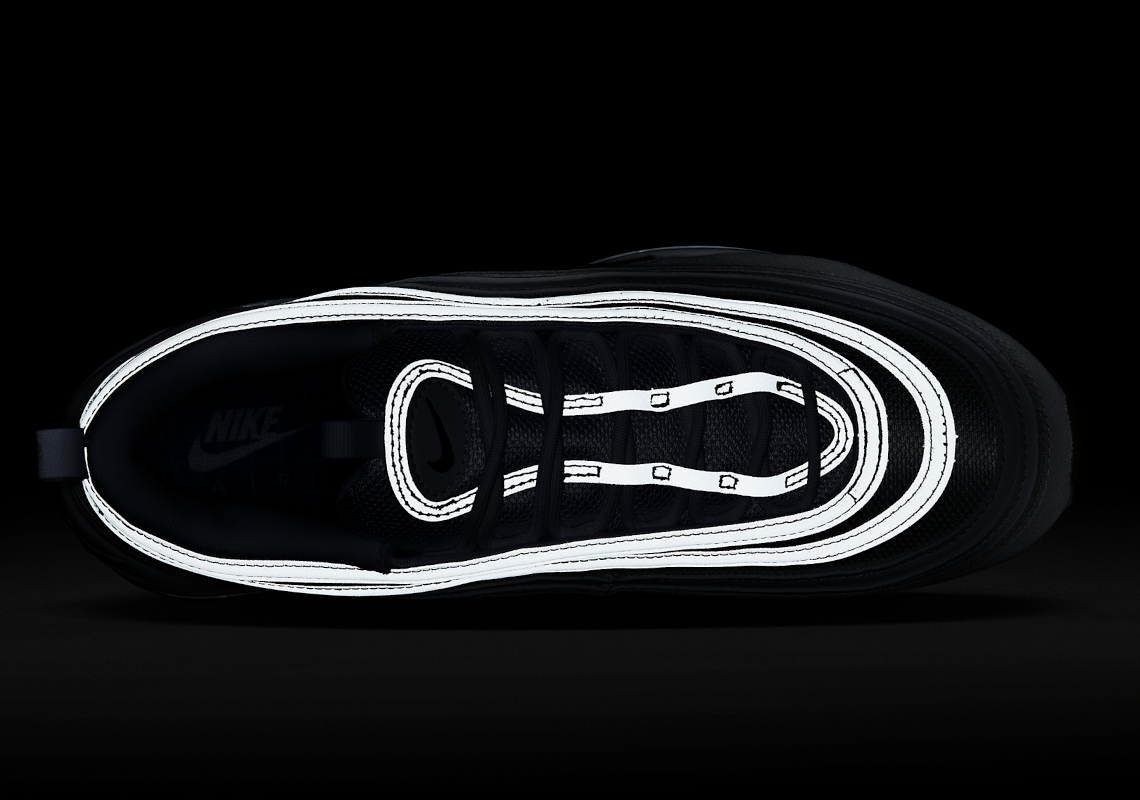 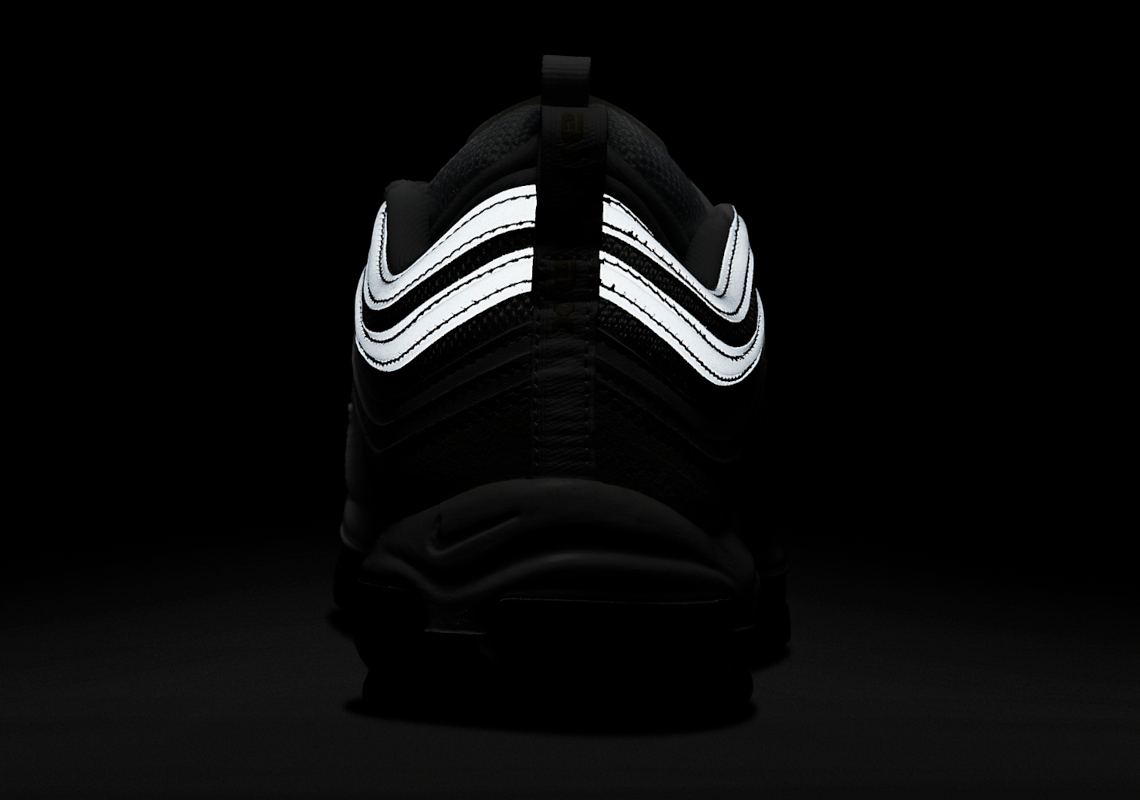