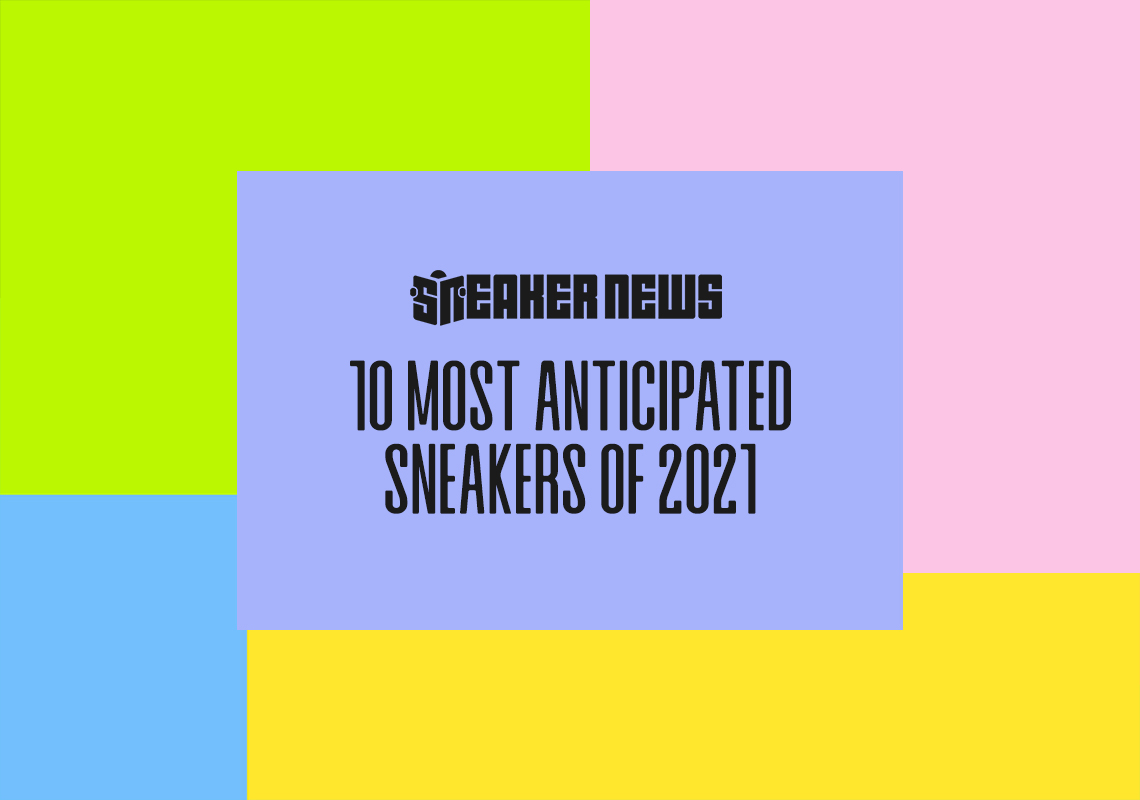 The first half of 2021 has passed and with it, handfuls of impressive sneaker releases. We’ve already ranked the “Top 10 Sneakers of 2021 (So Far),” but are fully aware that some of the year’s most exciting drops are ahead of us.

From long-rumored collaborations to first-time retros confirmed via official product images, hundreds of sneaker releases have been teased for the remaining 177 days of the year. And while we’d like to discuss dozens of them ad nauseam, we’ve narrowed them down to the 10 most anticipated pairs at the time of publication.

All lists are subjective, but we’ve taken into account numerous criteria – including search engine inquiries and social media response – with the aim of landing on a Top 10 in which savvy and casual sneaker fans alike will find merit. If your picks and/or order aren’t reflected on this list, that’s perfectly fine; the beauty of this game is that everyone is entitled to their opinion (let us know yours via @sneakernews).

Without further ado, continue ahead for the Top 10 Most Anticipated Sneakers for the Rest of 2021 (So Far).

10. adidas FUTURECRAFT.STRUNG Revealed during Fall 2020, the adidas FUTURE.STRUNG concept is one of the brand’s most ambitious in 72 years of existence. Merging data and robotics, the innovative engineering marvel promises to change how footwear is manufactured and how the Three Stripes will “silently serve” athletes.

9. Air Jordan 1 “Bred Patent” This is as blatant as “fan service” can get, but we simply can’t turn away from the beauty that is the “Bred” colorway – especially on the Air Jordan 1. While nobody asked for these classics in glossy patent leather, there’s no denying the demand.
8. adidas NMD S1 The adidas NMD series has become stale to savvy sneaker fans since its launch in 2015, which makes the S1 iteration a welcomed addition to the Three Stripes’ sneaker lineup. It might feature a familiar design, but there’s something both refreshing and futuristic about this pair.
7. Stone Island x New Balance Not much is known about Stone Island’s upcoming collaboration with New Balance. But if the year so far is any indication, the Boston-based footwear brand will definitely not disappoint. What’s more, the Italian label’s painstaking, cutting edge R&D is sure to produce something none of us will expect.
6. Drake x Nike Drake has what many would consider the “Midas Touch.” Whether a single or a collaboration, the artist never fails to garner an audience. The same will likely hold true with his forthcoming Nike Hot Steppa which has been years in the making; hype has started to boil thanks to some sneaky shots on his Instagram.
5. Air Jordan 4 “Lightning” Your favorite sneaker rumor’s favorite sneaker rumor. Rumblings of a retro have surfaced countless times since the pair launched 15 years ago. The “Tour Yellow” makeup has made this sneaker one of the most widely-accepted non-OG styles of Michael Jordan’s signature series.
4. KAWS x sacai x Nike Blazer Low Not unlike the fragment x Travis Scott x Air Jordan 1 in its star-studded nature, this upcoming three-way collaboration catapults off of sacai’s game-changing stacked construction by adding KAWS. This also marks the return of the American artist’s signature “XX” to a Nike shoe since 2008.
3. Air Jordan 11 “Cool Grey” Needing no introduction, the Air Jordan 11 has been causing hysteria around the holiday season since the tradition was established in 2008. And while any color would surely sell out, few could garner the attention of the “Cool Grey” style that debuted in 2000. This December, the pair is set to return in its impressive Remastered form, and will likely be among the year’s best-selling sneakers.
2. fragment x Travis Scott x Air Jordan 1 Jordan Brand has prepared a dream scenario of sorts, combining two of its most coveted collaborations of all time into on shoe. A three-headed monster of Hiroshi Fujiwara’s fragment design, Travis Scott’s Cactus Jack, and the Air Jordan 1, this release will be remembered for ages.
1. Off-White x Nike Air Force 1 Low “Lemonades” Now Artistic Director to one of the most revered high fashion ateliers, Virgil Abloh continues to bridge streetwear with luxury — often by way of footwear. But before the release of the internet breaking Louis Vuitton x Nike collection, the designer will revisit the Air Force 1, offering its exhibit-exclusive styling in a brand new “University Gold” colorway.